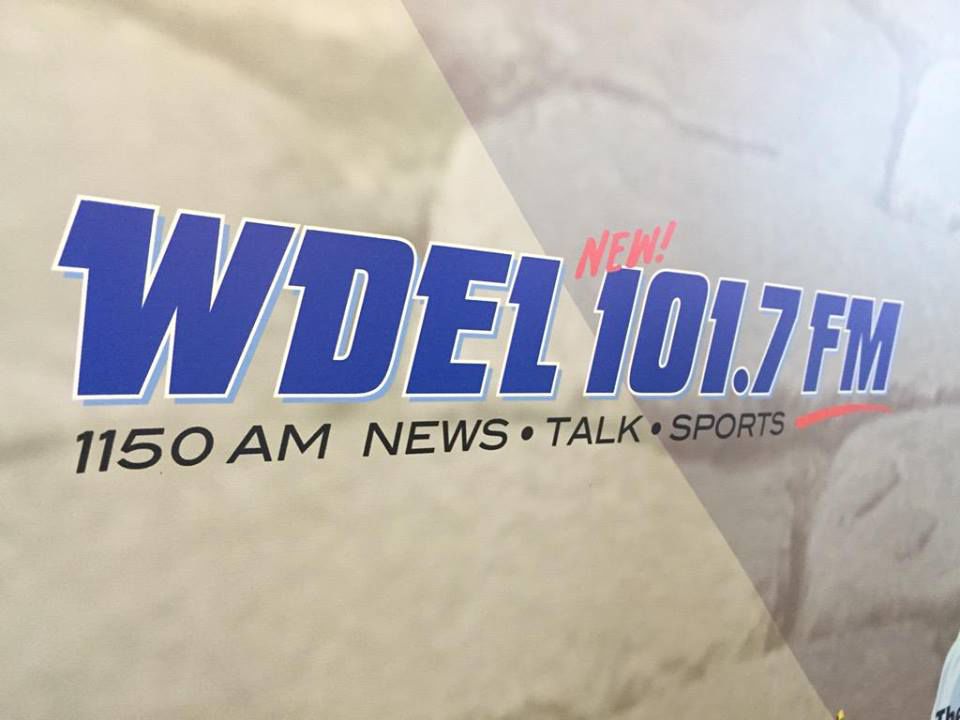 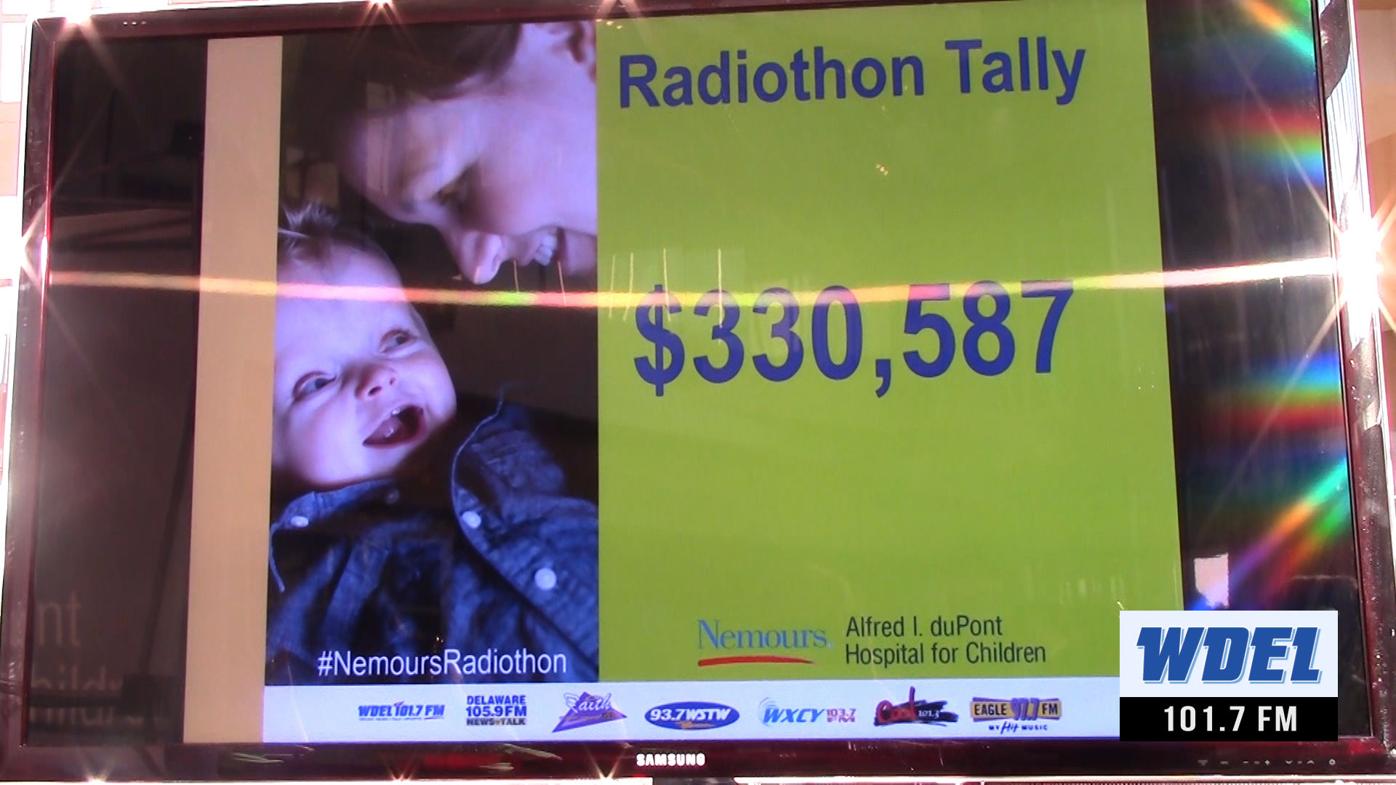 From breaking news to in-depth reporting on issues affecting our community to feature reporting that highlights the unique stories of Delaware, we are WDEL News.

This entry includes samples of WDEL’s expansive coverage in 2016:

WDEL is Delaware’s most listened to station for news and information and the second largest news website based in Delaware.  Although we were the first radio station in Delaware and one of the first 100 in the U.S, we have long believed we are not necessarily in the radio business, but in the news business.  Thus, WDEL provides Delaware with news on the radio, on the web via our award-winning website which offers in-depth reporting for which the constraints of commercial radio don’t allow, video, podcasts, e-mail updates, and alerts which we deliver directly to cell phones.

The Wilmington metro, an umbrella market to Philadelphia, has no commercial TV stations and one daily newspaper.  Therefore, with very few outlets for purely Delaware news, WDEL believes it is our mission to keep our listeners informed about what’s happening locally, while keeping them abreast of national and international developments.

And, as you’ll be able to tell from our entry, WDEL offers more than just newscasts.  WDEL provides listeners with live coverage of breaking news, major storms, local press conferences & major speeches, plus creative feature reporting which captures the flavor of our town.

WDEL is unique in our market in several ways:

Firefighters killed in the line of duty – WDEL provided breaking and continuing coverage of the deaths of three Wilmington firefighters who were injured when the floor inside a burning apartment building collapsed.

Making millionaires with taxpayer money - WDEL’s investigative series on a corrupt county farmland preservation program exposes the efforts of the county executive to turn two-politically connected farmers into millionaires.  The series is the result of several Freedom of Information requests, including 100 e-mails and secret appraisals.   Through months of research, investigation, and interviews with conservationists, public officials, farmers, and confidential sources, WDEL’s Amy Cherry exposed the deal as a fraud.  After Cherry’s reporting, the deal was killed.

The downfall of an elected official – New Castle County Executive Tom Gordon’s final year in office was full of controversy uncovered by WDEL, including secret recordings from his most trusted confidant who was abruptly fired, lawsuits, and a Twitter war in which the politician’s daughter was implicated.  WDEL’s coverage may have contributed to Gordon’s downfall, as he was not re-elected.

The changing of the guard in New Castle County

Prominent Developer Avoids Taxes - WDEL uncovered that a golf course owned by the estate of a prominent developer owes more than a half-million in school taxes.  The discovery comes at a time when the school district was going to referendum—asking its residents to pay more while neither they nor the county made any effort to pay what’s owed.  The issue brings to light a larger problem of a lack of accountability in county tax collections and a lengthy, unchecked appeals process that allows developers and others to skirt by without making payments.

WDEL Town Hall Meetings – In the community interest, WDEL produced and aired several community meetings in 2016.  In February, in the wake of the loss of hundreds of jobs resulting from the merger of DuPont with Dow Chemical, WDEL produced “What’s next for Delaware?” which included job placement experts to talk about options for those who have been displaced.  WDEL also aired town hall meetings with U.S. Rep. John Lewis on civil rights and U.S. Attorney General Loretta Lynch on juvenile justice.

WDEL ElectionWatch coverage – WDEL provided ongoing coverage from Delaare’s campaign trail, including coverage from WDEL reporters at both the Republican National Convention in Cleveland and the Democratic National Convention in Philadelphia.  WDEL aired wall-to-wall continuing coverage on Election and Primary Nights, including our team of reporters at campaign headquarters and an in-studio panel of election analysts.  WDEL also produced almost a dozen political debates, including hosting candidates for U.S. House and Delaware Governor.

Help Our Kids Radiothon – The WDEL News team was proud to participate in this annual radio fundraiser for A.I. duPont Hospital for Children. Over the course of the broadcast’s two days at the hospital, WDEL’s news anchors presented compelling stories and interviews with children and parents who have unfortunately needed to use the hospital’s services.  At the end of our 25-hours on the air, we are proud to say $330,000 was raised for the hospital – money that is desperately needed as the cost of operating the hospital continues to rise.  100% of the money was being designated to care for children.

WDEL also prides itself in being a leader in the broadcast journalism community.  WDEL Director of News & Programming Chris Carl is a former Chairman of the Radio Television Digital News Association/Foundation, three-time past-president of the Chesapeake Associated Press Broadcasters Association, past president of the Delaware Coalition for Open Government, and three-time chairman of the Bar-Bench-Media Conference of Delaware.  WDEL reporter Amy Cherry is the Vice-President/Pres.-elect of the Chesapeake AP Broadcasters Assoc. and a former President of the Society of Professional Journalists Delaware Chapter.  WDEL Senior Correspondent Allan Loudell is a vice-president of the Delaware Press Association.

WDEL’s biggest digitally focused year to date arrived in 2016, with sweeping changes to the backend tools used to provide our listeners and visitors with content, while introducing a future-forward, hyper-responsive site to the consumer, so that those who enjoy our product receive an experience tailored to however they most enjoy engaging WDEL.com

Some of the most notable upgrades and newest features are available right on the homepage, http://www.WDEL.com. Depending on the device used to visit WDEL, the user will receive a custom view of the content available, from a cell phone screen to 30-inch desktop monitor, and all manner of laptop and tablet between.

A more visual WDEL homepage was designed with a rotating photo mosaic featuring our five biggest stories at the moment splashed above the fold, followed by two customizable rivers of news entering the later stages of its lifecycle. A new carousel featuring WDEL’s latest video work gives a visual cue to the break between local news and the CBS national feed and sports sections. In the right rail, while traditional features like real-time MarketWatch and TrafficWatch Twitter updates continue to exist, new improvements include a “Most Popular” collection so visitors can see what other Delawareans are talking about, and the ability to include informational widgets like embedded livestreaming video blocks from YouTube or Facebook, additional Twitter feeds or Moments, or story and page highlights which link to other sections of the site.

WDEL now has a responsive, HTML-friendly homepage which is easily edited on the fly to provide the best information possible to our readers in whatever the method most readily available.

Some of WDEL’s most impressive journalism for 2016 was Amy Cherry’s investigative look into New Castle County Executive Tom Gordon’s deals with a couple of local farms seeking designation as part of a Farmland Preservation deal, which is highlighted at: http://www.wdel.com/news/farmland-preservation/

The story is deeply investigated, thoroughly documented, and evenly reported. The online content included a number of multimedia elements, including county documents, obtained email collections, and sound and videos from interviews and public debates held during election season, during which time the proposed deals became a hot topic of conversation. The storyline really allowed WDEL.com to flex the new tools available on the updated site, providing an enhanced, engaging experience for readers arriving to view Cherry’s supporting assets.

Another example of WDEL.com’s newer, multimedia-focused collective abilities came in the form of more team coverage of, ultimately, three firefighters killed in an alleged arson case in Wilmington’s Canby Park neighborhood. All of this coverage can be found at: http://www.wdel.com/news/fallen-firefighters/

The new WDEL allowed for faster on-the-fly reporting, mobile uploading, and asset inclusion. This included reporting from the scene all the way through following charges in court brought against the alleged fire-starter, and featured heavy, live, multimedia coverage provided to our viewers, listeners, and readers not just on the WDEL.com collection page, or through our livestreaming audio simulcast, but through a features livestream spanning the entirety of the homepage during the funerals at the Chase Center on the Riverfront, so those who wanted to pay respects and remembrance could participate in the day without being in Delaware in person.

Another example of WDEL.com’s newest capabilities in connecting all relevant pieces of information came with the addition of “Collections.” These are small, embeddable widgets the present themselves in stories and allow reporters to feature continual content in new or updating relevant front-page stories, to provide greater background for readers.

Examples of these features in action can be found in our coverage of Amy Joyner Francis, in the story rail itself under “Related.” Clicking the widget brings the reader to a page that follows a narrative completely, which can be set to collect chronologically, as opposed to most recent first. This type of page allows an unfamiliar reader to catch-up on all the previous information from a thread in the order in which it happened, laying out a story as opposed to some instances where familiarity would be assumed. There are a number of these collections in action, currently, with more examples available with our Baynard Stadium condemnation and revitalization coverage, Political Football, or our tracking of violence in Wilmington for 2017, with the latter case updating to prioritize the most recent stories available, as it is an ongoing theme.

Another significant new inclusion as part of WDEL’s digital footprint is its featured status among Amazon’s Alexa news updates. Talking to an Alexa product and asking her for Delaware news will feature reports as read from WDEL.com. The reports are generated based on the content found on WDEL.com’s news page, and it is also possible to stream WDEL’s digital simulcast directly through Alexa, but the feature must be enabled through Alexa’s skills. WDEL.com has taken steps to ensure our readers and listeners who want the most up-to-date news and information about our area have that information at their beck-and-call thanks to our included how-to video. Partnerships with Google Home delivery are being investigated.