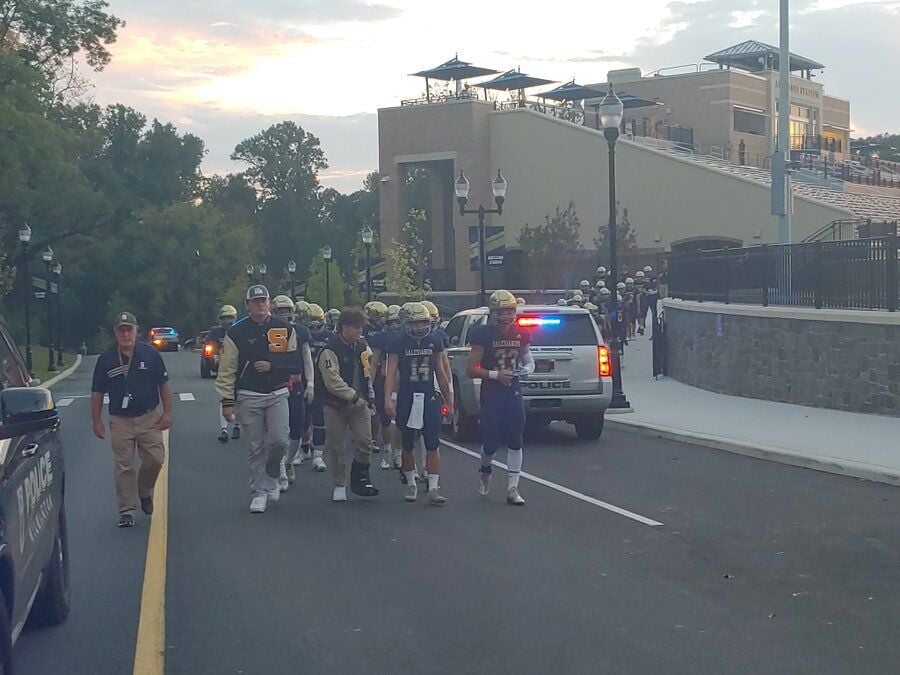 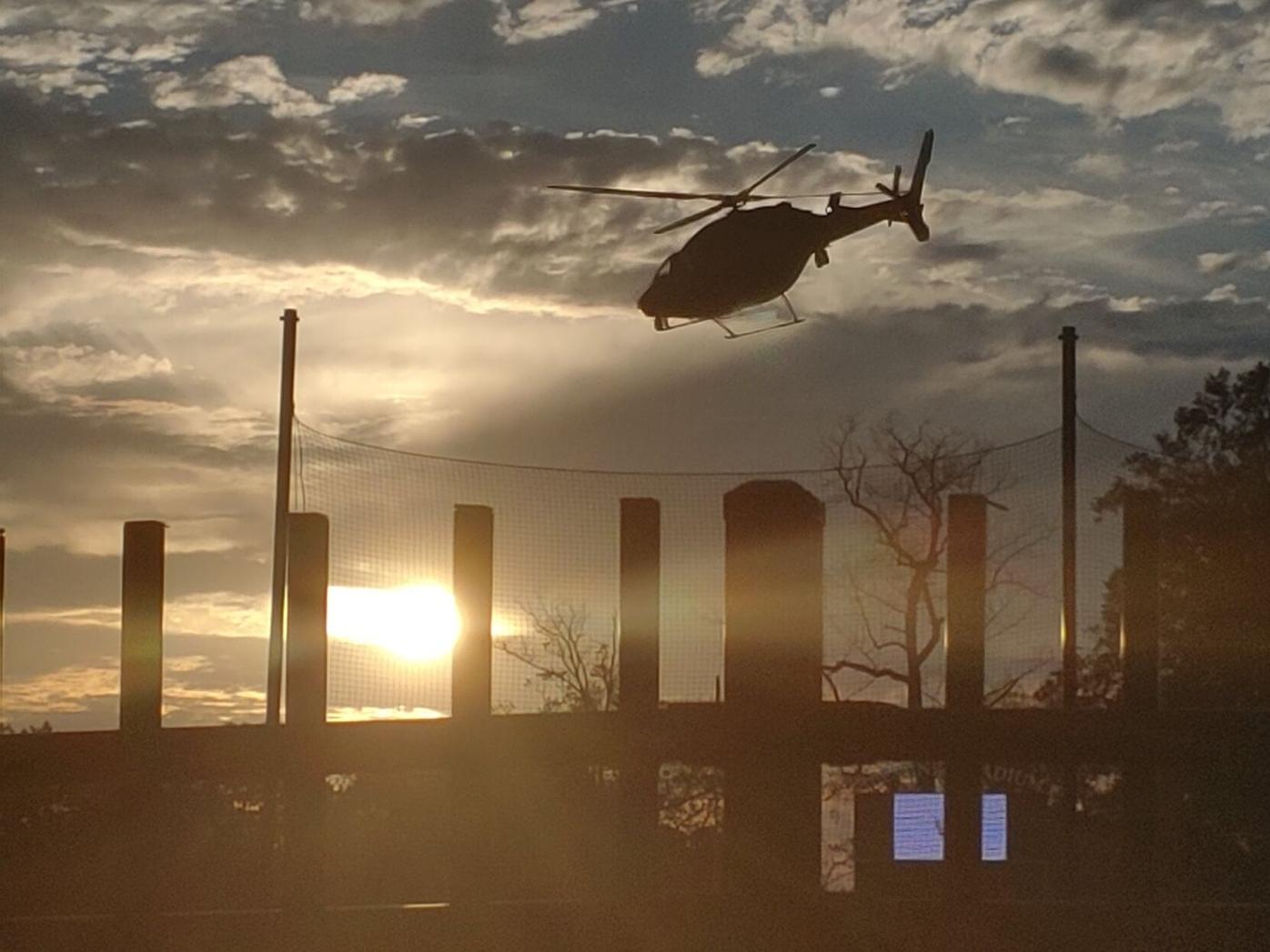 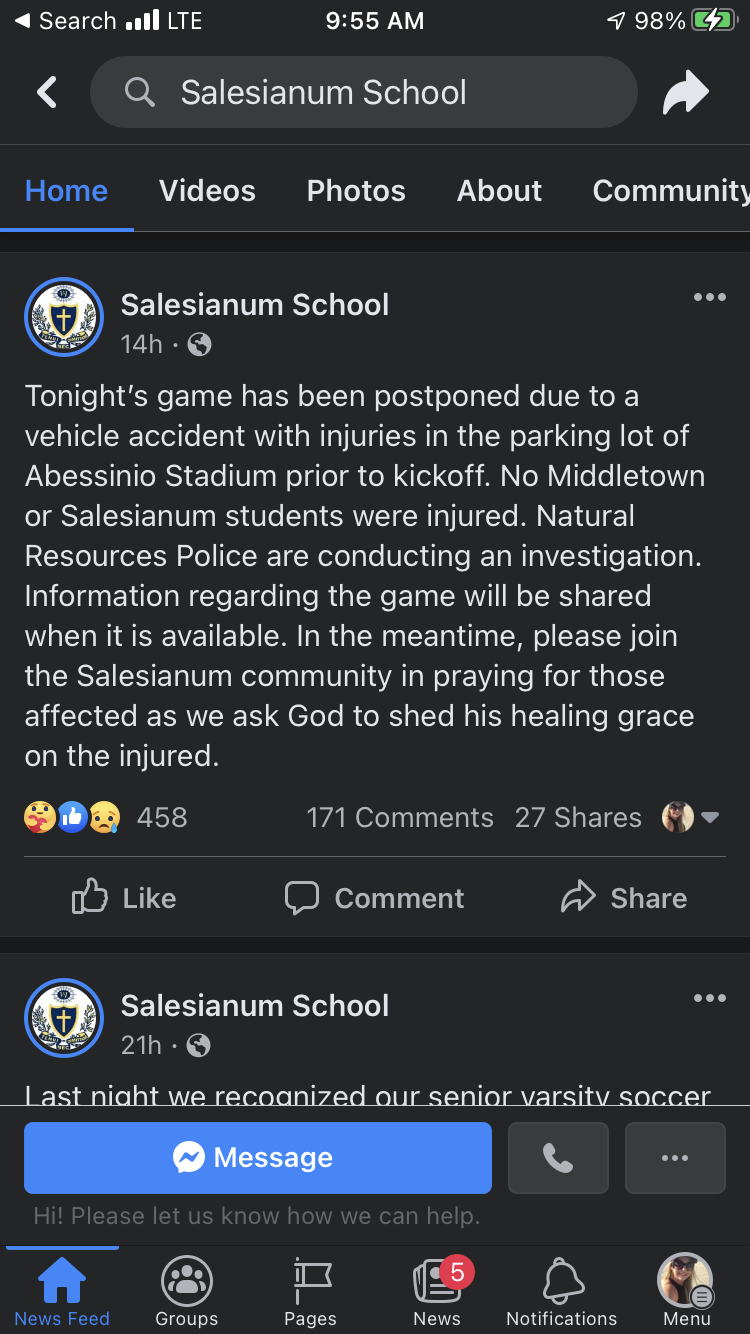 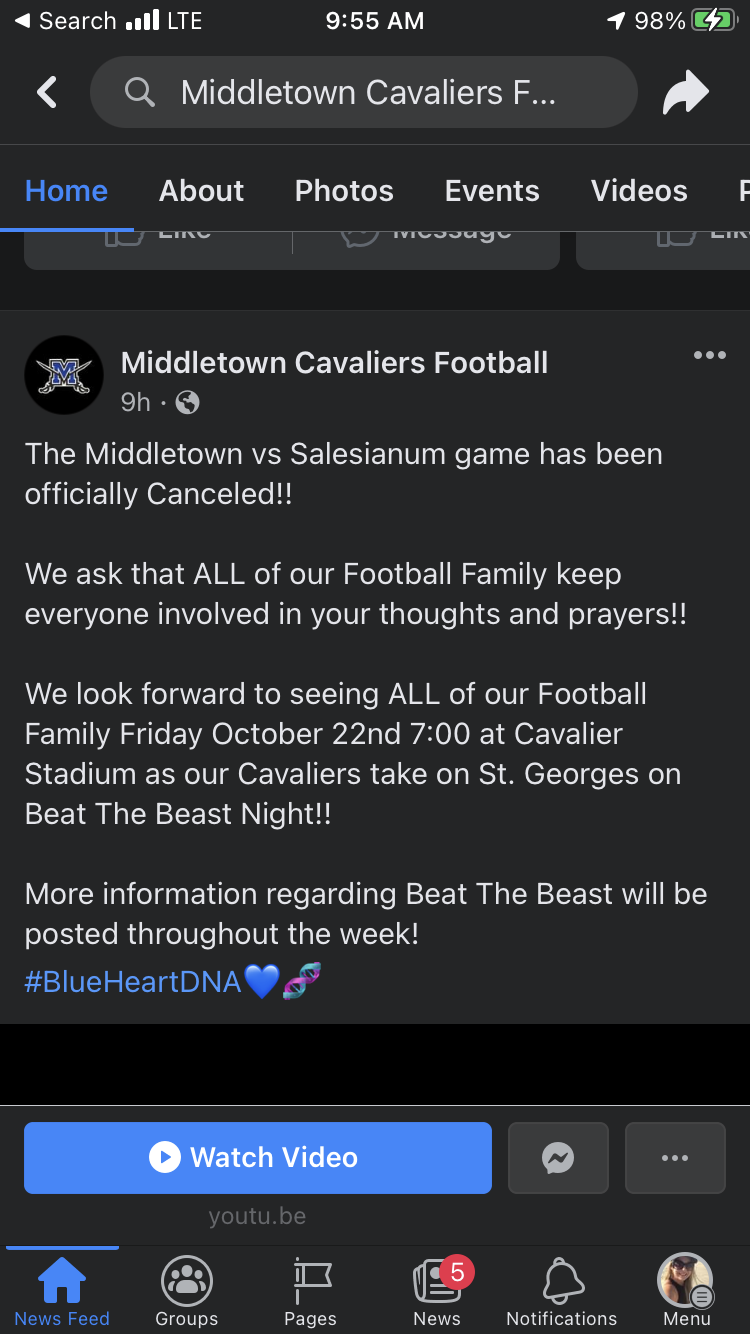 Salesianum School's homecoming game against Middletown High School has been postponed after a crash in the Abessinio Stadium parking lot Friday night.

The crash occurred at around 5 p.m. in the parking lot behind the stadium, just over two hours before the scheduled kickoff of Salesianum's Homecoming game.

DNREC Captain John McDerby confirmed there were two people injured, with one person airlifted to the hospital. He did not provide an update on their conditions, or on the details of the crash.

Both schools posted notices on their Facebook pages about the crash--Salesianum's notice said no students from either school were hurt.

Due to the extended investigation into the nature of the crash, Salesianum and Middletown decided to postpone the game. They have not announced if the game will be rescheduled later this weekend.

DNREC and Wilmington Police were still investigating nearly three hours after the crash.

This story is breaking and will be updated.