The 1A Offensive Players of the Year were running backs Javier White of Laurel and Quasim Benson of St. Elizabeth. District defensive players of the year were linebackers Nick Duncan of Charter of Wilmington's and Kyler Weaver of Lauren. The linemen of the year were TJ Burke of Indian River and Tatnall's Justin Smith.

Delaware Interscholastic Football Coaches Association members will now pair these teams down to First and Second-Team All-Class lists over the next two weeks. The First Team members will he honored at the All-State banquet, whether virtual or in-person, next year.

The All-State Team will then be determined from the First Team All-Class lists, with 13 Offense, 13 Defense, and 3 Special Teams players being selected. There will be no All-State Second Team.

Offensive, Defensive, and Linemen of the Year will be determined by a vote of the DIFCA board and selected members of the media, and will be announced the Monday after the state championship games. 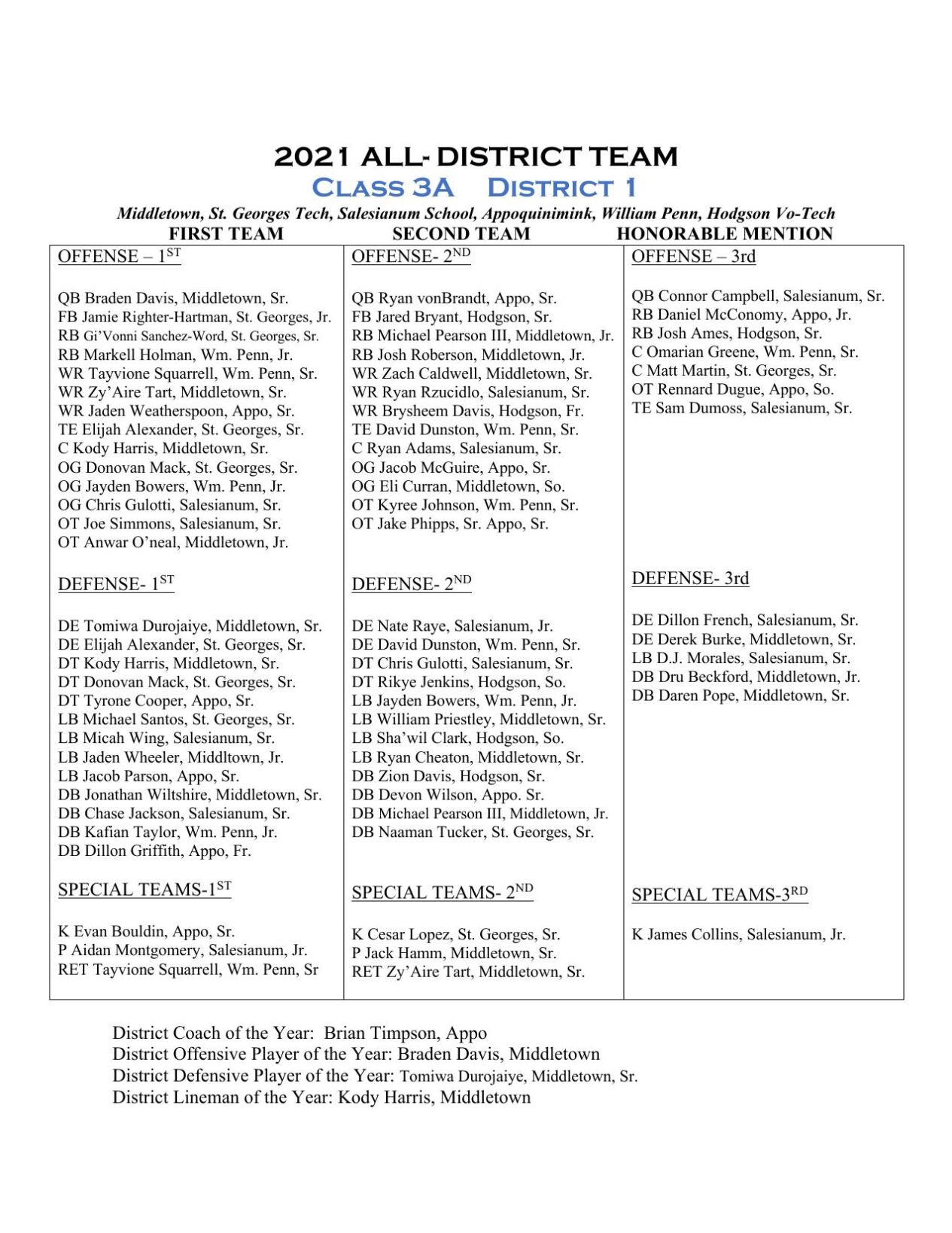 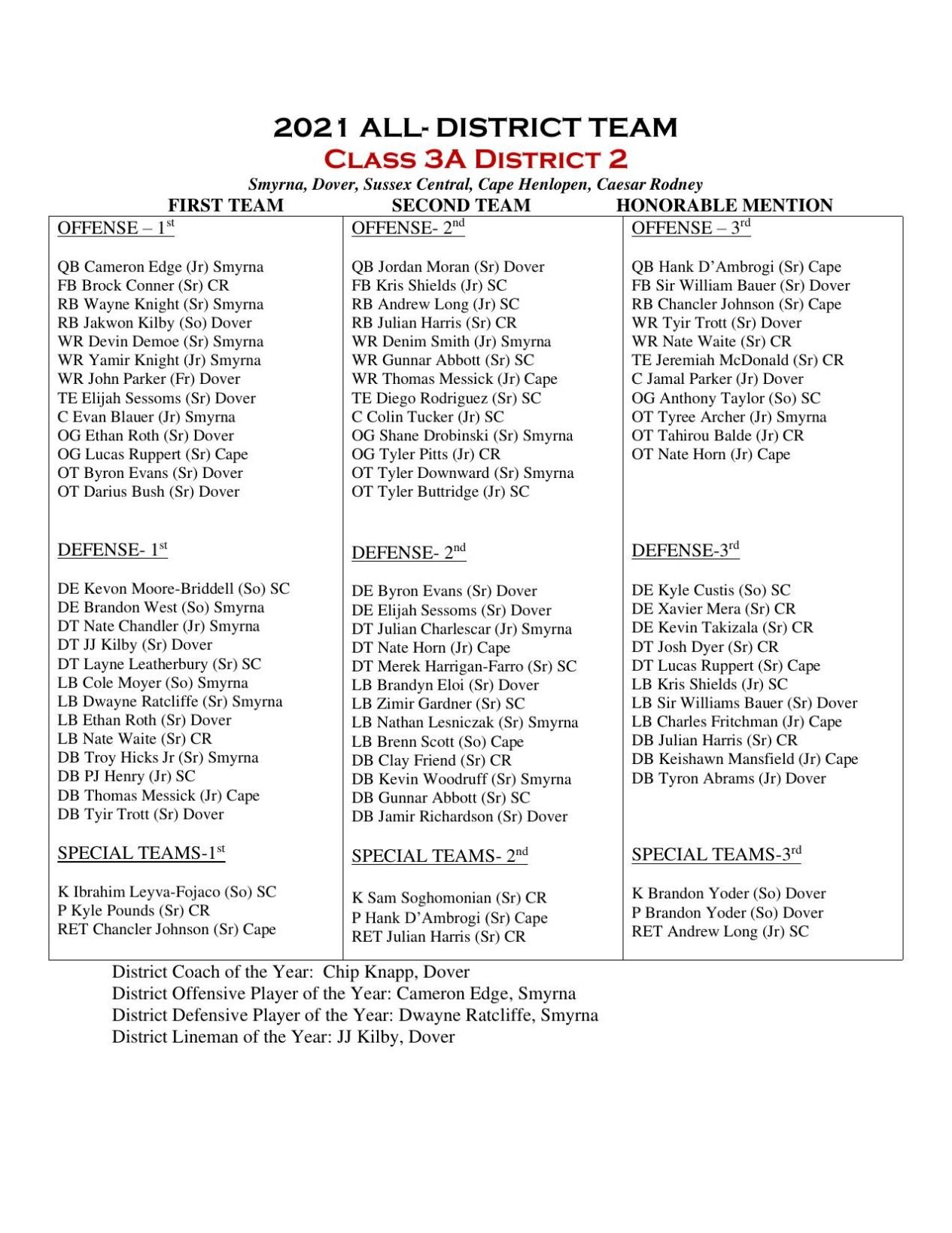 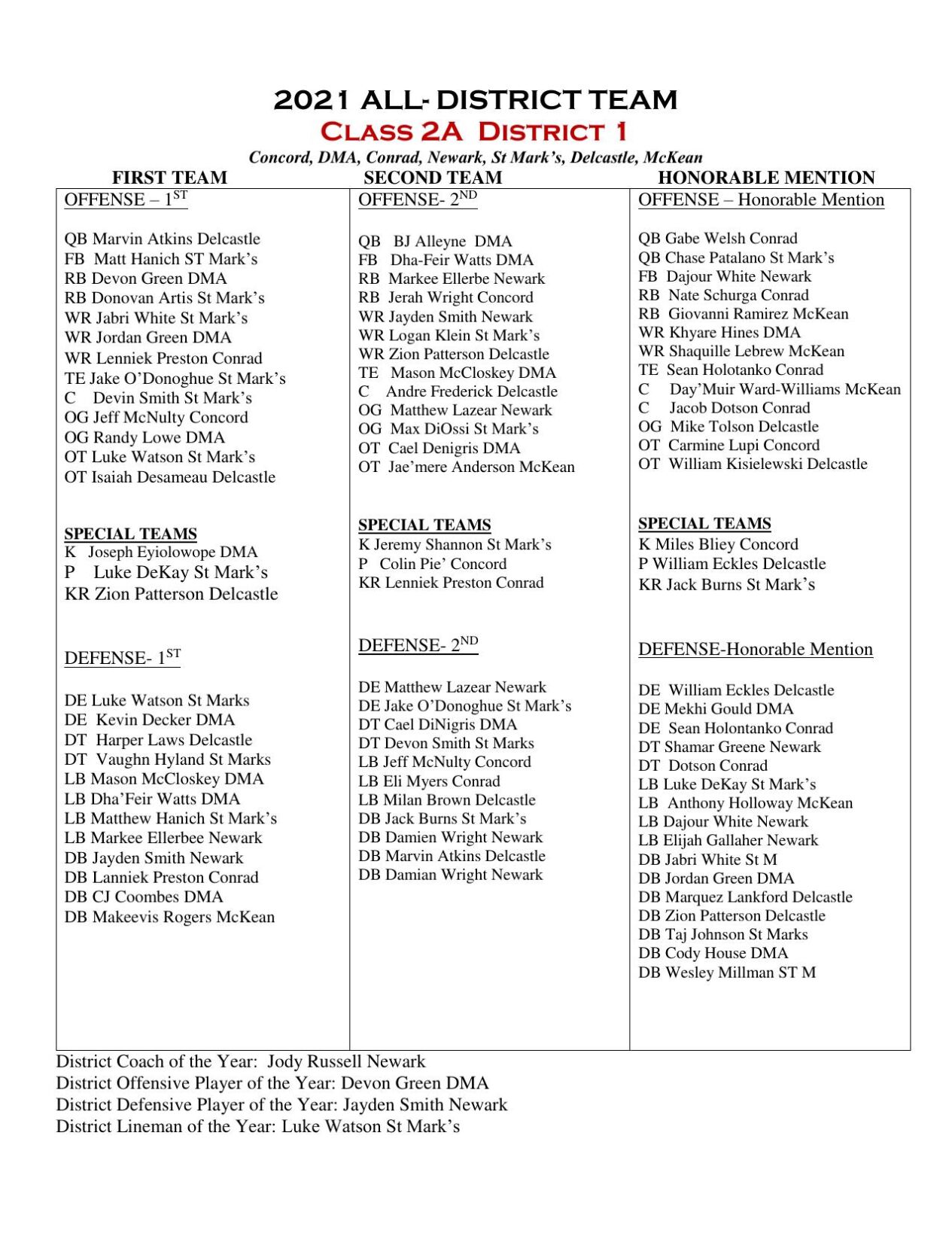 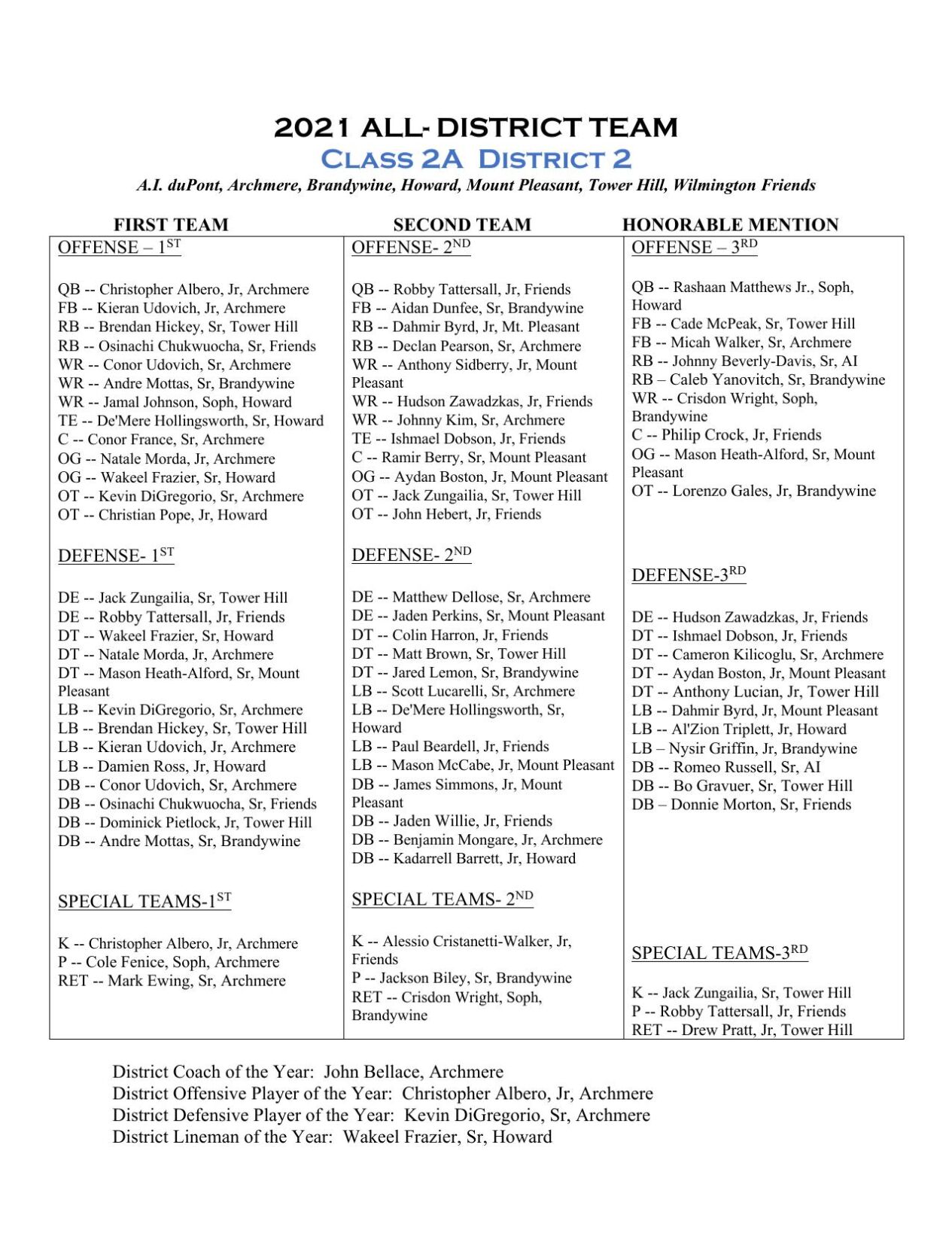 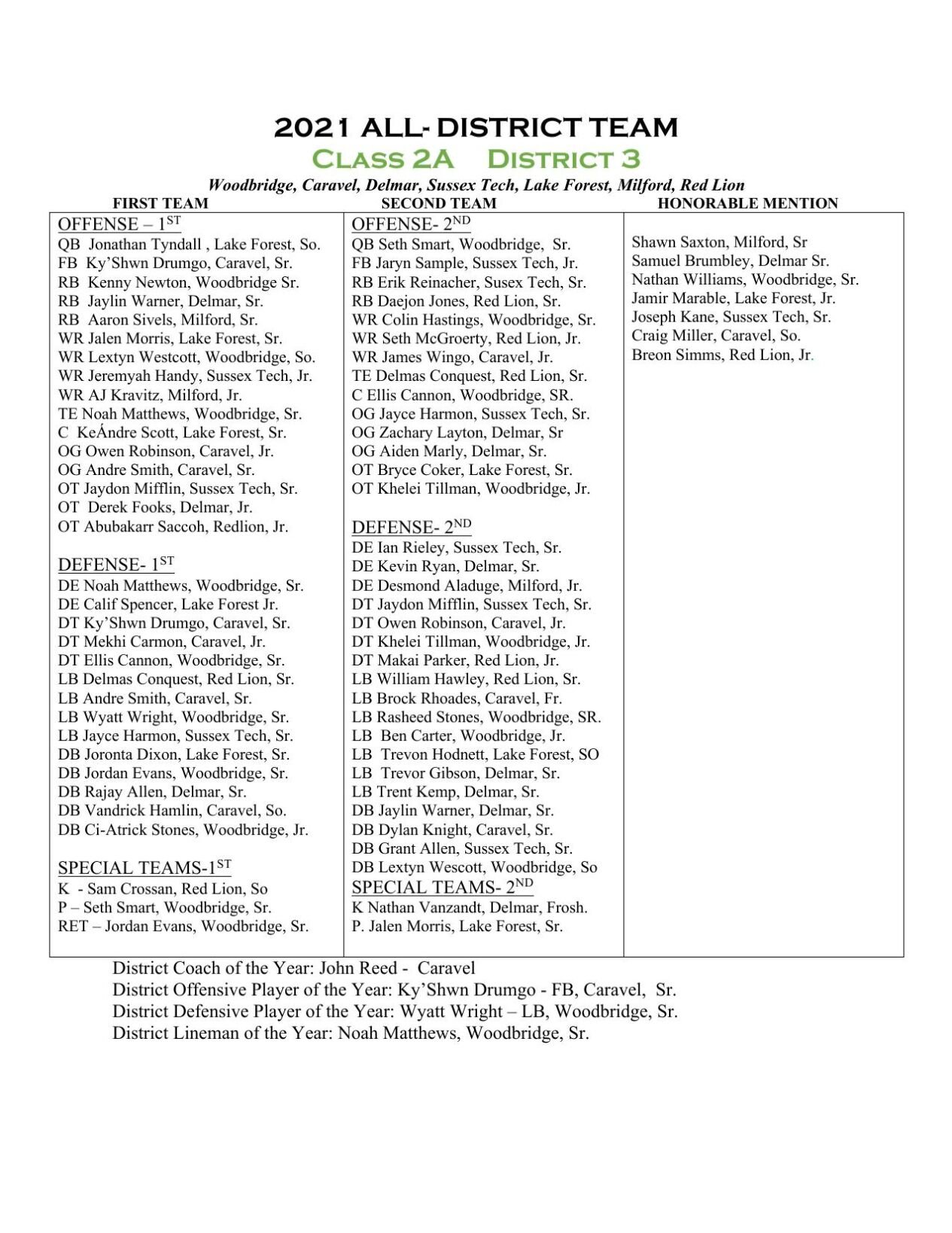 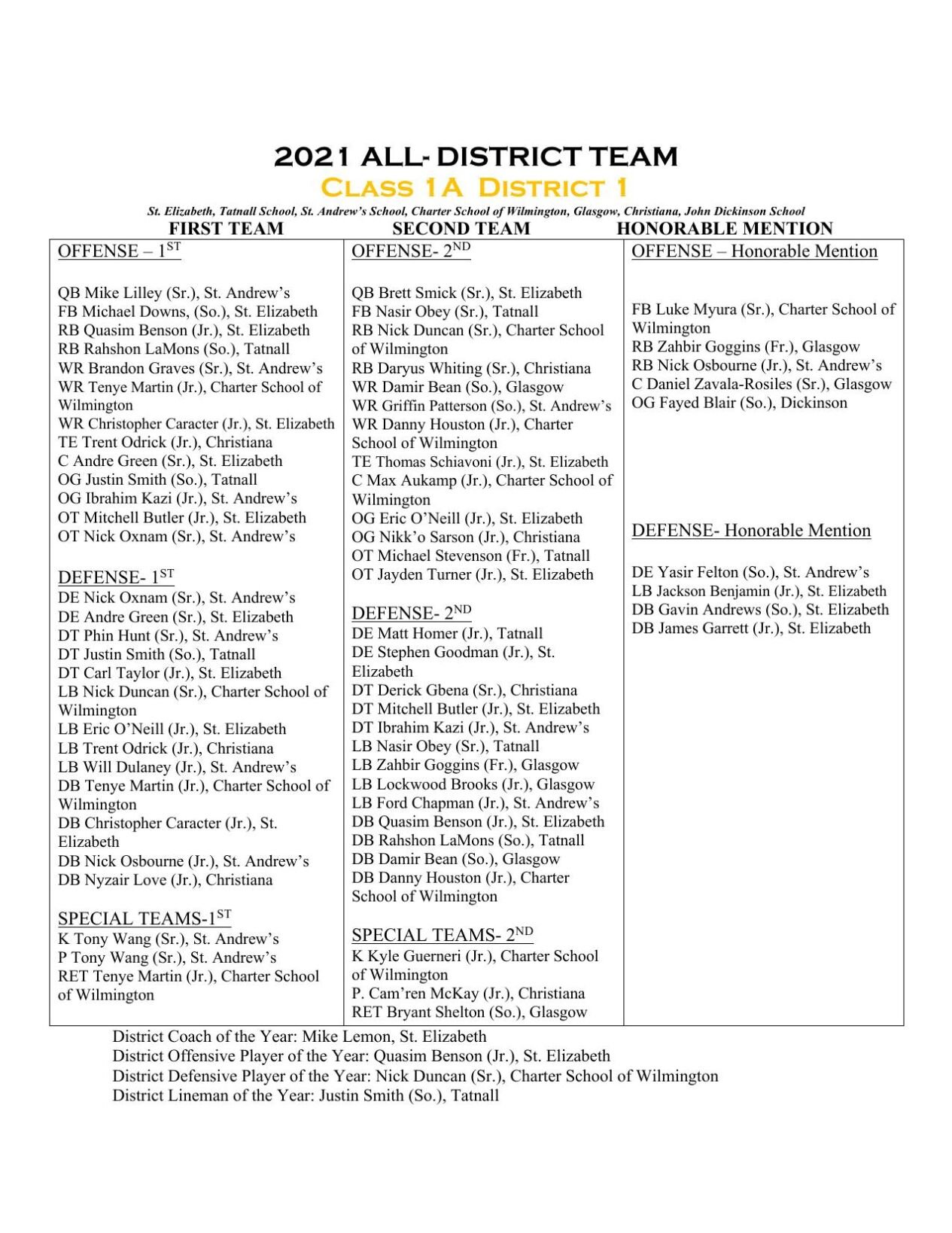 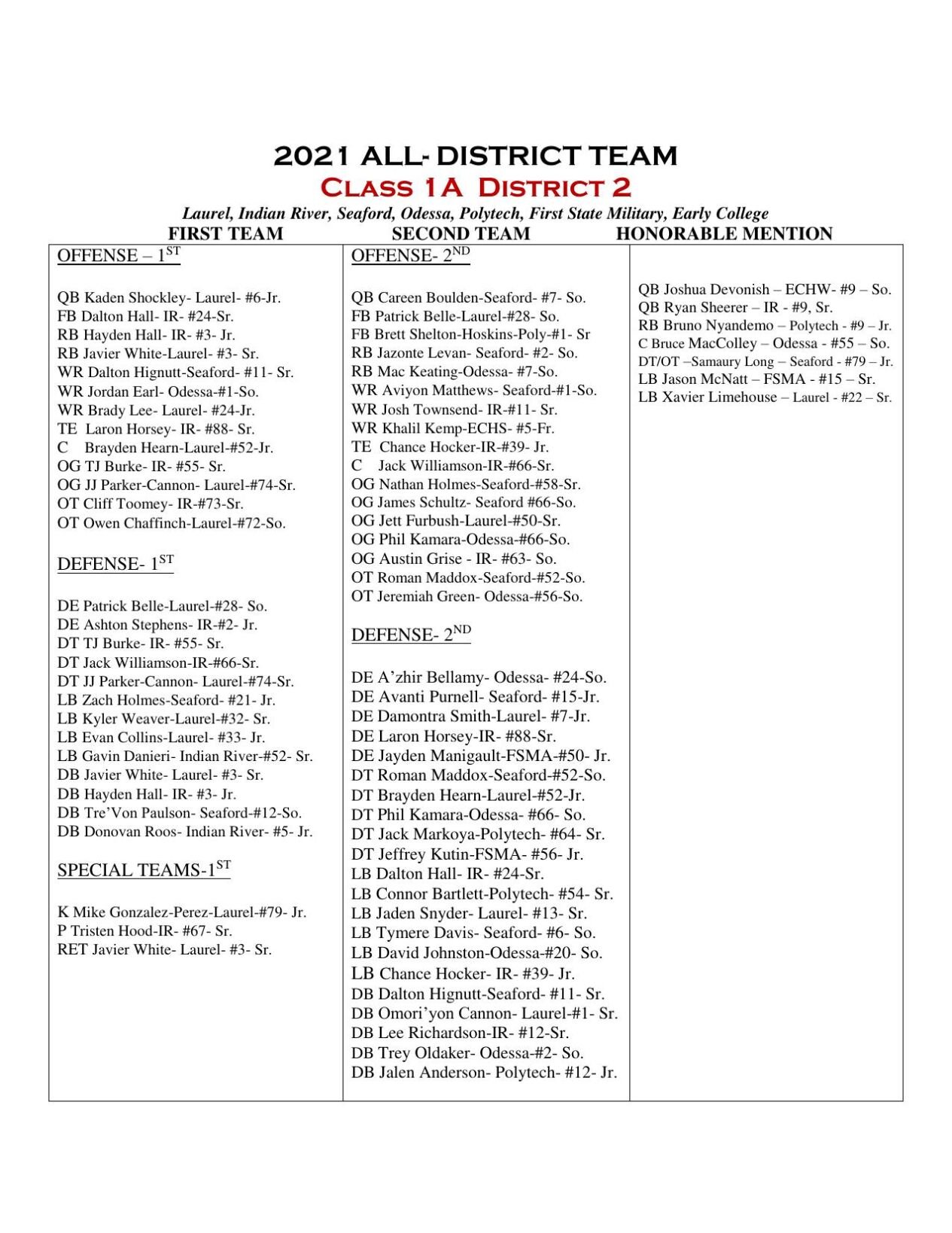