"There is an uptick of Muslim women who are being fired from their jobs because of their hijabs," said CAIR attorney Zanah Ghalawanji.

Three former employees of the Delaware Department of Services for Children, Youth and Their Families--Madinah Brown, who originally filed suit last year, and now joined by Shakeya Thomas and Tia Mays--are being represented by attorneys from CAIR and Jacobs & Crumplar, in a suit against the organization over claims their religious garb led to discrimination and, ultimately, their firings.

"I was offered an opportunity for employment at the Ferris School for Boys in Delaware," said Mays on Thursday during an announcement of the suit. "I worked for two weeks of employment through my training. I was able to wear my Islamic garb...Once  finished, towards the end of orientation, the director of the Ferris School came and pulled me during my lunch break. She told me that I wasn't able to wear that. it was a uniform policy."

Mays said she was told she couldn't wear a traditional dress garment, which she accepted, but her hijab was never explicitly excluded from being an acceptable article of clothing as part of the policy and she continued to wear it to work.

"I went to work my first day; I worked my first night, because I was third shift. There was no issues or concerns," she said. "My next day, I was stopped as I was leaving when the employees asked, did they say I was able to wear that? I said no one said nothing about it. The next night, when I came in, they let me in the building, but they did not let me enter the unit, and they had a packet for me which highlighted a few things and told me to go over it. The things that were highlighted was no head covering, no hat, no scarves on the head. I let the lady know that this wasn't a head covering, it wasn't a hat or a scarf. It was religious."

When the director said it might've been a miscommunication but she couldn't wear it, and Mays refused to bend on removing the scarf during work hours, Mays said she told not to return until she could work without wearing it and then stopped hearing from the agency.

"[The plaintiffs] were presented with the option of adhering to and maintaining their religious beliefs in the workplace, or being fired," said CAIR attorney Gadeir Abbas. "Unfortunately for all three Muslim women when presented with that choice, they were put in the position of being having to choose between their jobs and their religious beliefs and that is an illegal choice to put employees in."

The employees are suing for their dismissals and the conditions they claim to have found themselves in while trying to both practice their religion and attend work.

"This is a matter of grave public importance," said Patrick Gallagher of Jacobs & Crumplar. "We're filing claims under Title VII for disparate treatment, hostile work environment, and failure to accommodate on the basis of both religion--that being the plaintiffs' Muslim religion--and also on their gender, as hijab is typically a scarf worn by Muslim women...We're also filing claims for constructive discharge, which basically means that they did not quit. They quit because they were forced out; the situation became so intolerable that they were forced to resign."

There are additional filings for retaliation and constitutional violations for the Free Exercise Clause and the Equal Protection Clause.

DSCYF said they couldn't respond to the case itself, but maintained they continue to provide a safe and welcome environment for all their employees.

The lawsuit can be read in its entirety below: 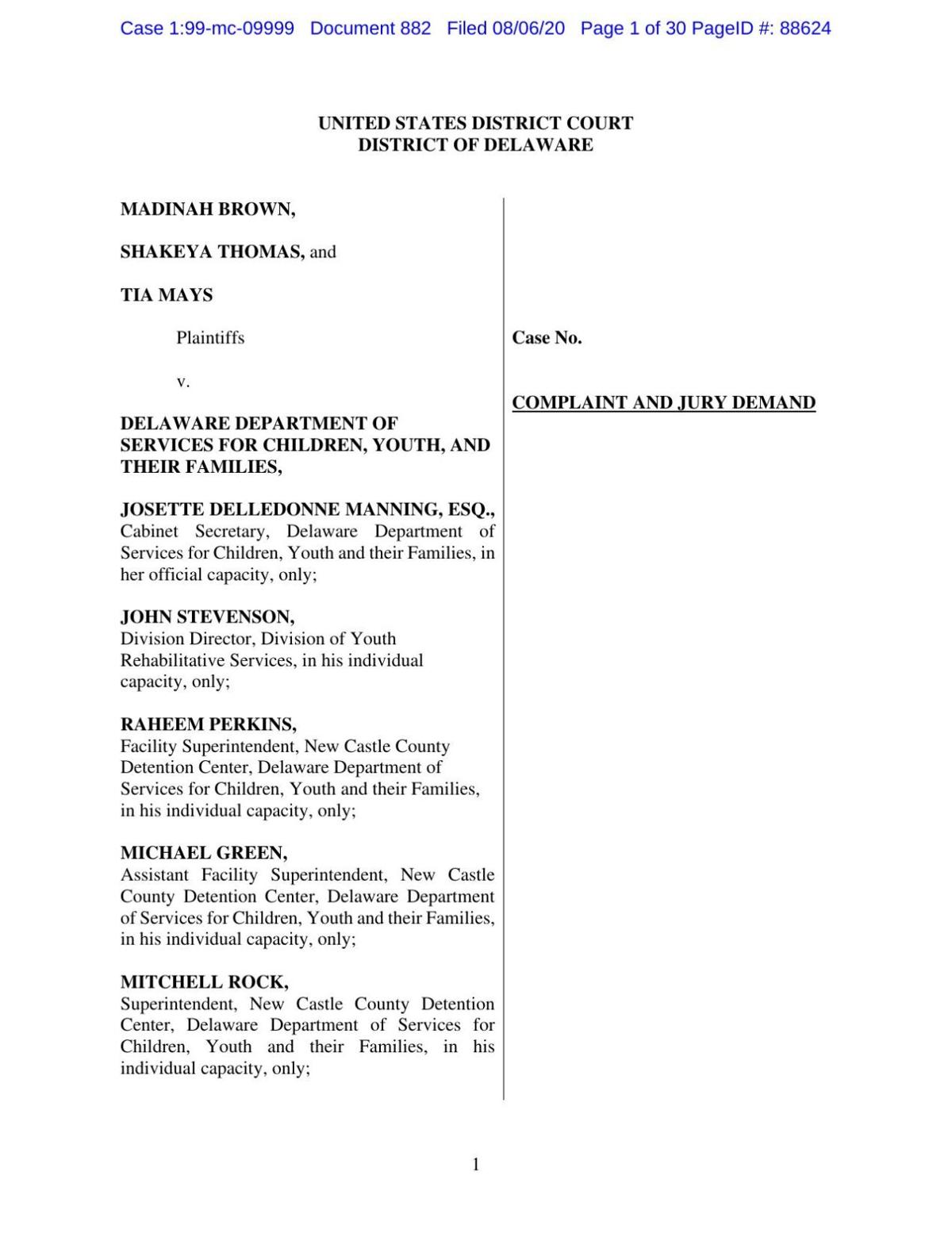 Every day at 11 p.m., Madinah Brown said she shows up to work at the New Castle County Deten…