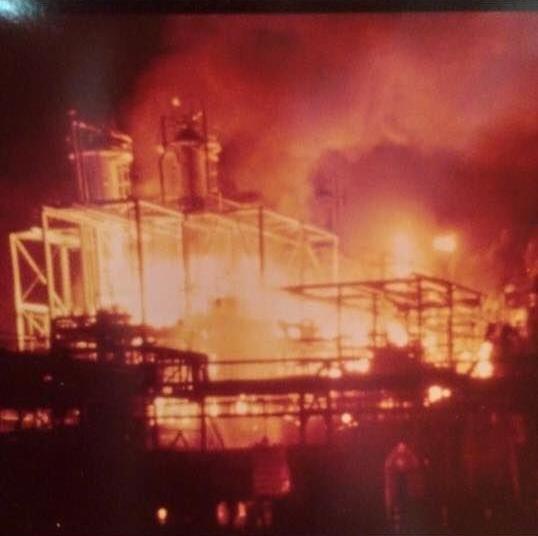 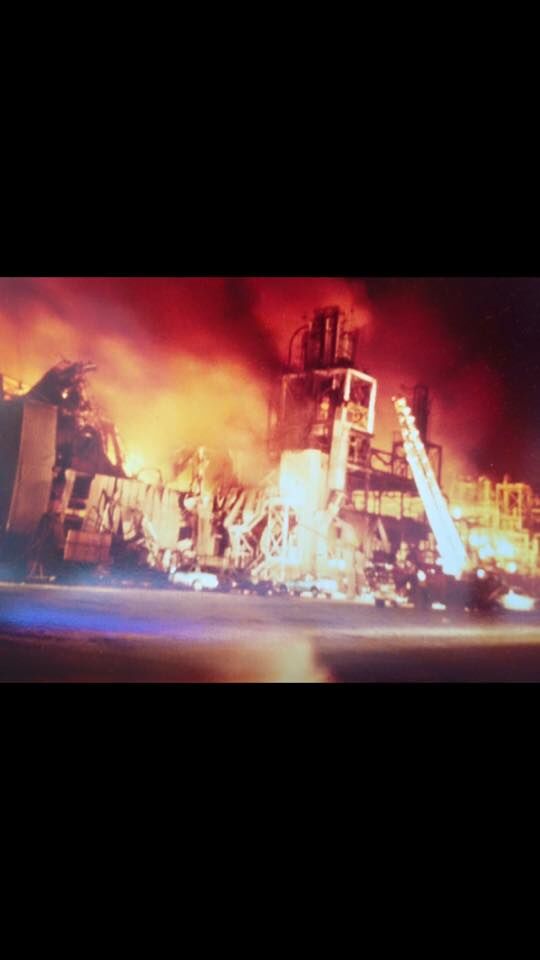 It was Tuesday, October 21, 1980, and Phillies fans, including New Castle County volunteer firefighters, were anticipating the start of what would be a Game 6 World Series clinching victory.

But everything changed around 6:30 p.m. when a massive explosion rocked the Amoco plant off of River Road in New Castle south of Dobbinsville, blowing out windows, and shaking houses and residents for miles around.

Ken Sturgis was a 28-year old firefighter with Good Will of New Castle fire company and was on one of their trucks that rushed to the scene.

He recounted for WDEL what transpired that night forty years ago.

"It looked like the whole plant was involved," said Sturgis. "We had about six fires I'd estimate in the marsh between Dobbinsville and the Amoco plant."

Daylight was waning, there was no power, and the plant's internal water suppression system was knocked out, but there was the danger of more, and possibly worse, explosions taking place.

"What they made there was very flammable," said Sturgis. "It's hard to get started to burn, but once it was burning it was hard to put out.

"So there were tanks of propylene and different other flammable materials. There were railroad tank cars in there, so a lot of hose lines had to be set up to keep them cool to make sure there wasn't a secondary explosion."

"There were minor explosions," recounted Sturgis. "The product was in pipelines that had been busted so every once in a while we'd hear an explosion go off in a pipeline and that was kind of unsettling."

Sturgis admitted thinking the situation could end badly for firefighters.

"There was a period there where I questioned how many of us were going to walk away - if there was a second explosion was I ever going to go home?"

Sturgis said amazingly there were no injuries among first responders.

He said the scope of the damage was not clear until daylight.

Five plant workers were killed in the blast and one died later at the hospital. Thirty people were injured and it's estimated about a thousand people were evacuated.

It took eleven hours to bring the fires at the site under control with the assistance of every fire company in New Castle County, along with crews from Kent County, firefighters from Delaware City's then Getty refinery, the Wilmington Fire Department, and the Delaware National Guard airport crash truck.