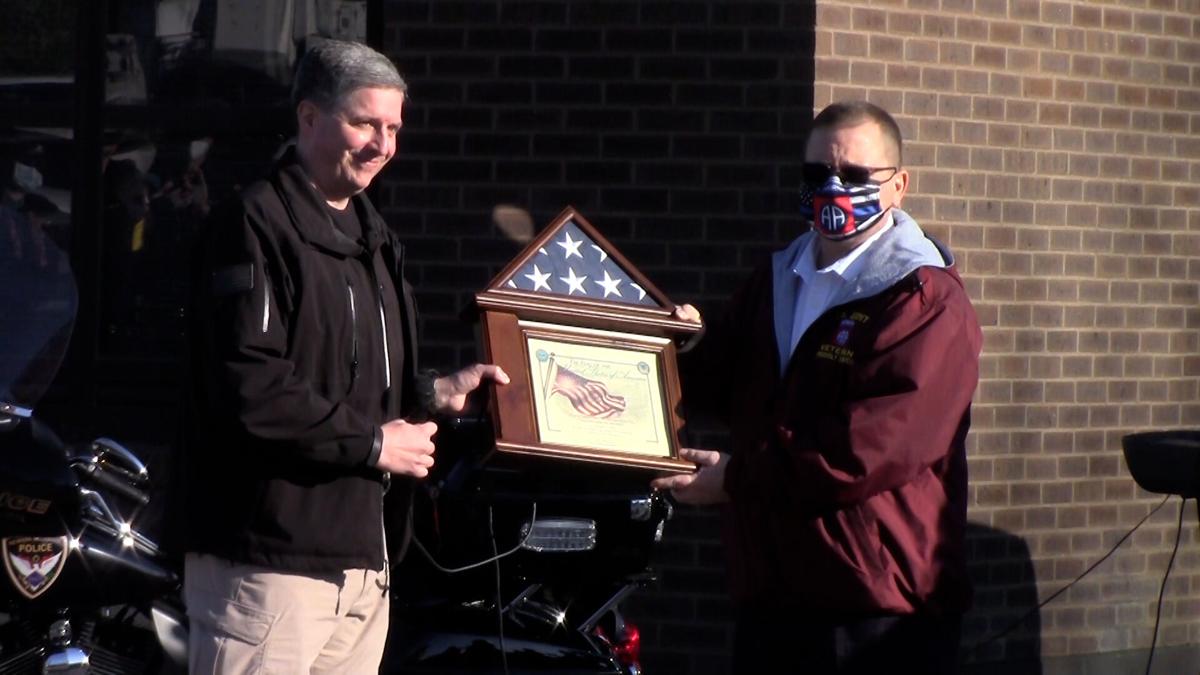 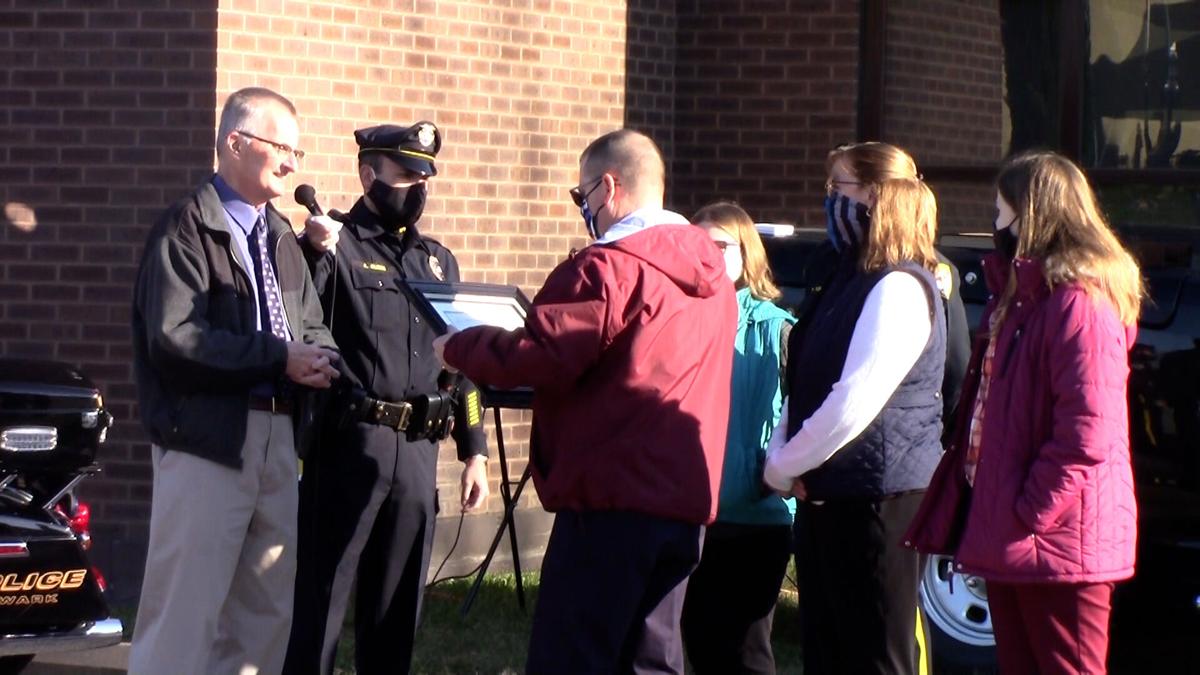 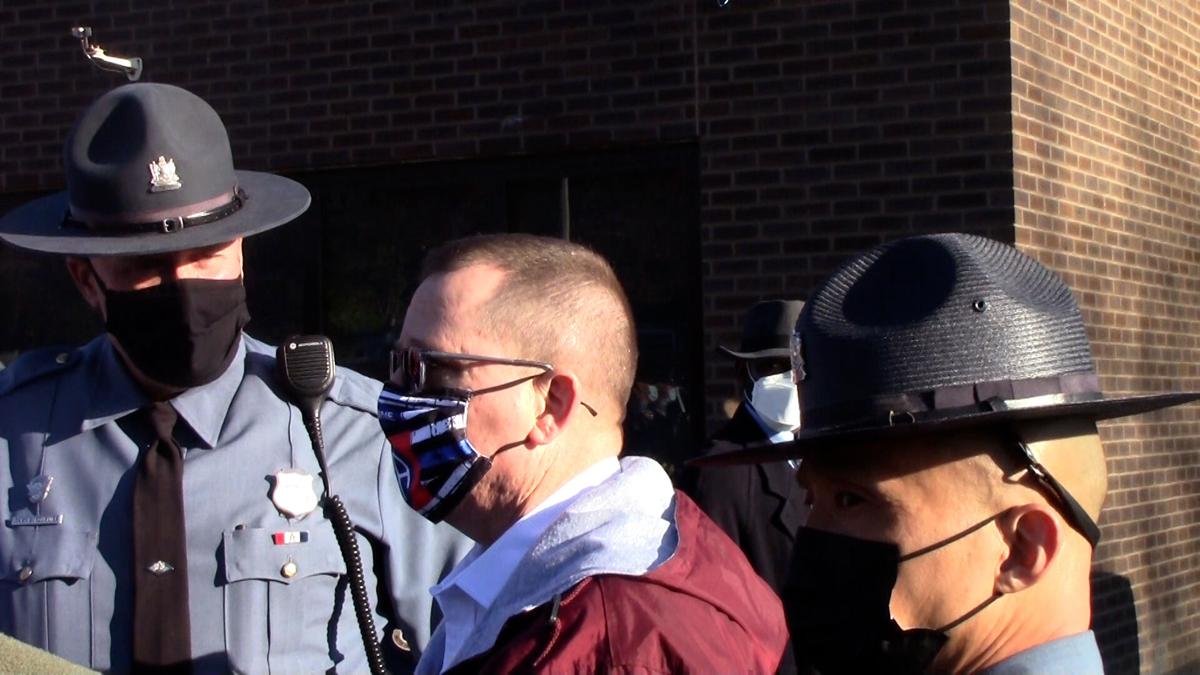 A 24-year veteran of the Newark Police Department was honored on Tuesday, November 24, 2020, with a walkout ceremony that went a little above and beyond traditional proceedings.

Corporal Patrick Craig, and his family, were honored by fellow members of the Newark Police force, representatives from various police agencies, and members of the 66th/49th Delaware State and municipal police academy class from which he graduated.

Craig suffered a serious head injury early in the morning of March 23, 2019, in the police department's basement cell block while processing a drunk, 19-year old University of Delaware student.

The suspect tripped Craig who hit his head on a metal counter before falling to the concrete floor. The injury proved career ending.

Newark Mayor Jerry Clifton joined City Council at the same time Craig joined the police department and took some ride-a-longs with him.

Clifton presented Craig with a city proclamation while one of Craig's former classmates, who is now an agent with the Naval Criminal Investigative Service (NCIS), gave Craig an American flag that had been flown over the Pentagon.

Newark Police Chief Paul Tiernan read a long list of commendations Craig had received during his career, and then presented him with the Purple Heart, the second highest honor the department can bestow on its officers.

Craig's final action as a police officer was to sign off over the radio of a parked Newark Police motorcycle.

Officers stood at attention, masked up and socially distanced, while bagpipers and a drummer feted Craig and his family.

Newark Police said they received approval for the event from the state Department of Public Health.

Mastronardi is still serving a sentence of less than two years in jail.