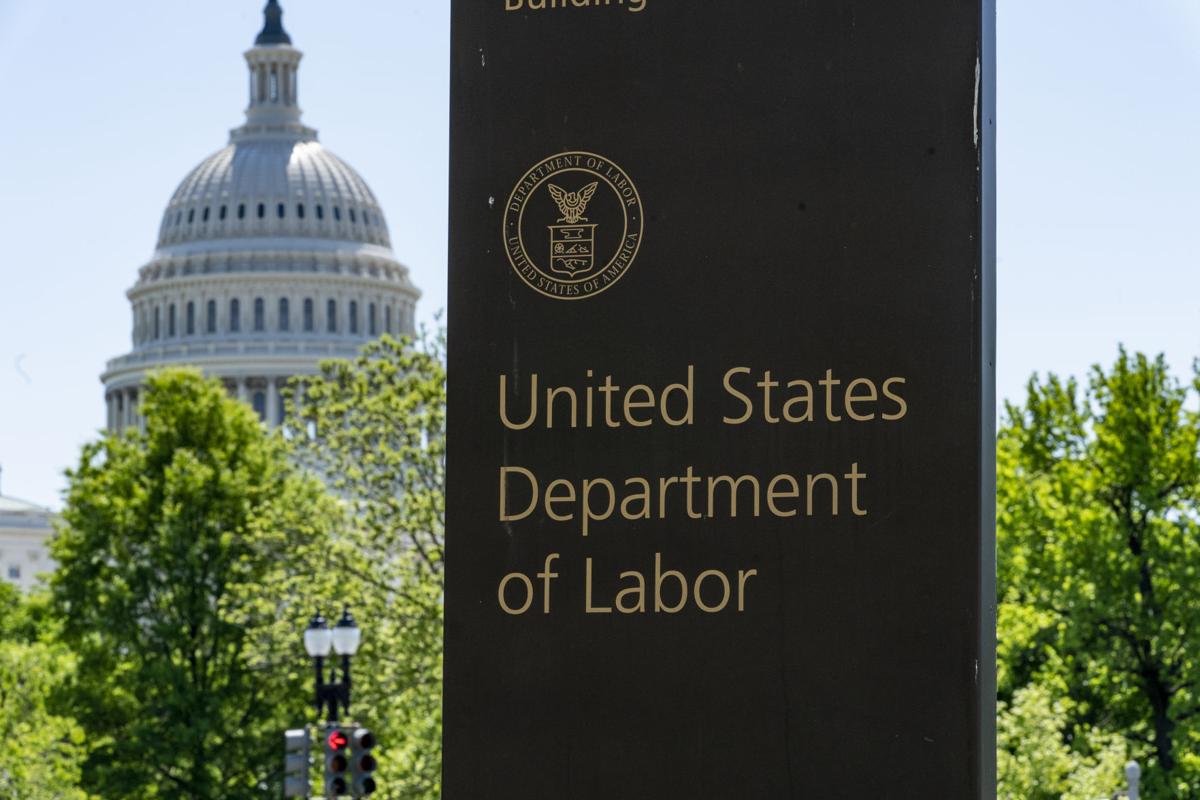 In this May 7, 2020, photo, the entrance to the Labor Department is seen near the Capitol in Washington. The record unemployment rate reflects a nation ravaged by the coronavirus pandemic, the economic devastation upending the presidential campaign and forcing President Donald Trump to overcome historic headwinds to win a second term. 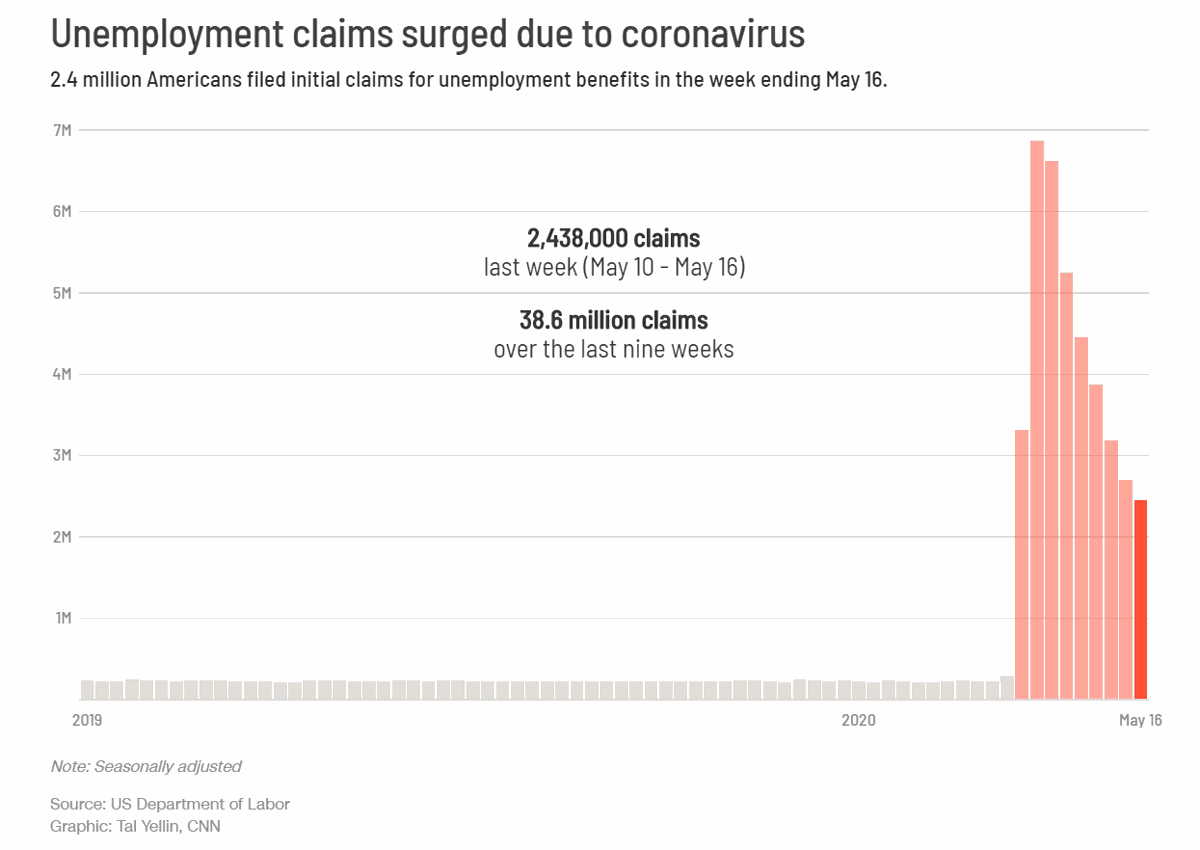 For the ninth week in a row, millions of Americans filed for initial unemployment benefits. Even as the economy is beginning to reopen in parts of the country, layoffs and furloughs have taken hold of the US labor market.

Another 2.4 million Americans filed for first-time benefits last week, the Department of Labor reported on Thursday. In total, 38.6 million people have filed for initial unemployment aid since mid-March, when lockdowns began in full force across the country.

In a quirk that you don't see every week, claims for the week ended May 9 were revised down rather sharply -- from nearly 3 million to 2.7 million. Although that's welcome news, it was expected, caused by a reporting mistake from Connecticut's Labor Department that way overreported the number of claims from the prior week.

Now the (relatively) good news: First-time claims have declined for seven straight weeks. They peaked at 6.9 million in the final week of March.

Economists expect further declines in the next weeks as states begin to reopen their economies. Even so, the weekly claims are still historically high. The four-week average sits just above 3 million claims, while the weekly numbers were around the 200,000 mark in the years before the pandemic.

California had the highest number of residents receiving pandemic unemployment benefits at nearly 1.8 million, followed by Michigan with more than 1.2 million.

Congress created the program to provide benefits to independent contractors, the self employed, gig workers and certain people affected by the coronavirus.

More than 6 million Americans in 27 states were receiving benefits under the pandemic program in the week ending May 2, a spike of more than 2.7 million in seven days.

Joblessness is a crisis in the United States. Wide swaths of the country's labor market will remain closed as the coronavirus makes returning to work impossible for many Americans. Economists expect many -- but not all -- jobs will return as the economy reopens. But experts remain concerned that some jobs will be permanently eliminated by this crisis.

Continued jobless claims -- which count people filing for unemployment benefits for at least two-weeks in a row -- rose to 25.1 million.

Economists are paying more attention to how many people are claiming benefits longer-term to understand how the labor market is recovering as the economy is beginning to reopen.

Last week was also the cut-off week for the survey the Bureau of Labor Statistics monthly jobs report is based on, "giving us a sense of how painful the next jobs report will be," said Nick Bunker, director of economic research at Indeed Hiring Lab. "Since the April jobs report was measured, 15.8 million claims have been filled."

But unemployment claims are not equal to lost jobs. The two numbers are based on different surveys.

The BLS's last jobs report showed some 20 million jobs got wiped out in April, while the unemployment rate jumped to 14.7%, its highest level since the agency began tracking it in 1948.