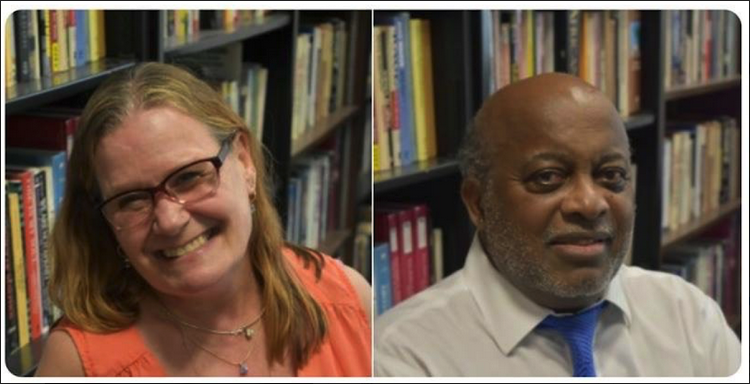 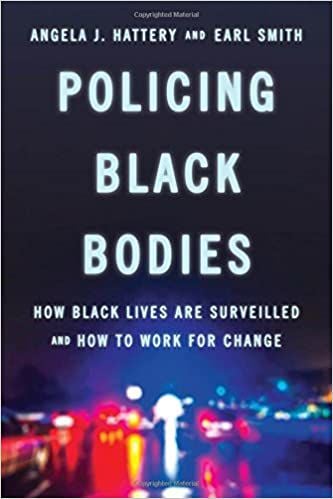 As race and inequality take their place in the forefront of national conversation, two University of Delaware sociologists published their timely study of the nation's policing of "Black bodies."

The choice of using "bodies" in the title of their co-authored book Policing Black Bodies was very intentional, University of Delaware sociologists Angela Hattery and Earl Smith told members of the legal community; they had gathered on a virtual seminar presented by the National Association of Criminal Defense Lawyers, the Association of Prosecuting Attorneys, The National Center for State Courts, and RTI.

"It was a very deliberate choice and the choice centers around wanting to highlight this history of the politicization, the political construction of Black bodies as not fully human," Hattery said. "We use the term Black bodies. We also use the term Black people when we're talking about Black people, but really wanting to emphasize the point that it's this fundamental decision of rendering Black people as not fully human, as invisible, as bodies to be commodified rather than people to receive rights and privileges. It's very, very, absolutely deliberate. We have to footnote a little bit, [it's] borrowed from a fantastic book by Black feminist named Dorothy Roberts, who wrote a book called Killing the Black Body, and it's it's a very powerful read, and we felt like it applied here."

The book comes at a time when America is focused on drilling down into inequitable disparities and trying to come to terms with its long history of racism and it approaches difficult topics unflinchingly.

"This is a difficult time in American society. It is a difficult time for Americans to articulate their feelings about race. They are struggling. Yet, we know that race is in every policy, every institution, and every practice in the United States--from the Three-Fifths Compromise to the electoral college to admissions practices in our colleges and universities, race is there," Smith said. "If you can't have difficult conversations in American society about race--why? If we can't say 'policing Black bodies,' what can we say? Where does that leave us in our society? Should we whisper?"

Smith said being Black in America is still incredibly difficult, and the current power structure not only fails to make it any easier, but at times, seems to actively be working against the notion that minorities deserve equal rights.

The conversation is also harder for those would prefer not to have it, to ignore it in the current technological climate, as cameras everywhere and captured images and videos from around the world reach into almost ever facet of everyday life.

"The power of the 21st century is the ability for regular citizens, as well as journalists, to stream live into our living room, or through our cell phones, or on Facebook, to tell us what's happening out there in America especially as this pertains to the violence that is perpetrated against Black bodies," Smith said.

The conversation is also a difficult one because those who push back are often coming from solely a current-day perspective. Rarely do detractors contextualize the history race plays in both power dynamics among racial groups today and the foundations upon which those relationships were built, Hattery said. Typically ignored are the vast benefits gained but those who oversaw the laying of that foundation, while oppressing those forced to build it.

"In order to address the pressing social issues that we're all paying attention in the news, we really need to start at the beginning; at the foundation of this country," she said. "Americans like to think of ourselves as great. Politicians tell us we are 'lucky to live in the richest country in the world,' which we do. We are rich for many reasons. We have natural resources, access to international shipping lanes. But we are also rich because the colonists and founders of this nation decided that amassing wealth was worth making a Faustian bargain. A deal that not only rested on exploiting slave labor--which many of our European neighbors also did--but in the US, we took it one step further; we commodified Black bodies as literal commodities, as chattel like sheep and horses. This is property that could be bought and sold. And many people are well versed in the slave trade, the buying and selling of slaves and the ripping apart of families, but what we talk less about is the fact that vast amounts of wealth accrued to families, communities, and indeed this nation, by owning people."

Likening Black bodies to the status of farm animals at the time, marking them "both legally and socially dead," Hattery said, even the founders of this nation couldn't comprehend that Blacks were fully human. And while the status of being Black in America has risen beyond those initial ideals, it is still a population under constant scrutiny and disenfranchisement.

For example, Smith pointed to the demonization of NFL Quarterback Colin Kaepernick, who chose to peacefully express his frustration and dissatisfaction with the status of how the Black community is treated in America by kneeling during the national anthem, as an example of this kind of "policing." He was unofficially barred from the NFL and couldn't find a job, before ultimately receiving an apology from NFL Commissioner Roger Goodell as the Black Lives Matter movement gained momentum.

The backlash against Kaepernick's behavior from his detractors at the time, at least partially, was the ignorance resulting from white privilege, Hattery said.

"What you'll find for example is the ways in which white privilege insulates white people and disadvantages Black people as they go about doing their jobs," she said. "In our business of higher education, folks come up for tenure, and somebody might say of the Black colleague, 'why didn't they publish more?' That's actually not the right question...Black colleagues have spent a lot of time and energy ensuring their safety and well-being that white colleagues didn't have to do. They have to schedule extra parent-teacher conferences to be sure that their child is seen in the classroom. Their partner may not feel comfortable with them working in the office late at night or on weekends for fear they will be harassed by campus police. They may worry that their partner won't make it home after an evening jog or that their son won't return from a local bodega, where he went to pick up some Skittles and iced tea. Their white colleagues don't have to worry about any of this. And with that extra time and intellectual energy and space they spend not doing that extra work or worrying, they're able to publish more papers. So the real question isn't, 'Why did the Black colleague publish less?' The real question is: 'What responsibilities did the white colleague not have so that they could publish more?' See what happens when we flip the question?"

That type of ignorance extends to generational examination of Blackness in America, she said.

"It's important to note that white privilege isn't just individual; it's also structural and inter-generational," Hattery said. "Wonder why so many first-generation college students are Black? One reason is because it wasn't until about 40 years ago that the last of the elite colleges opened up their doors to Black people--and they did so reluctantly."

Poor white communities also experience some of the treatment Black communities receive, she said, but while they face class inequalities, racial inequalities still result in an edge.

"We build factories and locate toxic waste dumps in Black communities. You don't find these in white communities. These drive down home values, not to mention the grave health implications," said Hattery. "Do poor white people have white privilege? The answer is 'yes' and 'no.' They don't have class privilege, but they do have race privilege. They're not stopped and frisked more frequently than other people. They can buy a home in any neighborhood they can afford. They're more likely to get rehab than jail. They're not shot disproportionately by the police. And they have significantly more wealth, all of these are just some examples that white privilege accrues to all white people--differentially, of course, but it accrues to all of them."

One of the most important things to try and impress upon white people who react to a discussion of racial inequality by saying "I worked for everything I have," is that two ideas can exist at the same time.

"One of those is that 'I can work very hard,' and the other is that 'I also had privileges or opportunities that other people didn't have,'" she said. "I sometimes think about things like, what would it look like for Black people, or for women, or for folks in the LGBTQ+ community, how much more could they have achieved if they didn't have to climb over so many extra hurdles or if they got an earlier start?..I don't have to worry about many of the things that my friends of color have to worry about or folks in the LGBTQ+ community have to worry about. And I also have the advantage of many generations of people who were able to own land, who were able to own property, who were able to build equity, will be able to send kids to college without incurring the same amount of debt. So I can work hard and have also had privileges at the same time, and I think white people need to really think hard about being able to hold both of those concepts in their head at the same time."

But it's always going to come down to education, Smith said, and teaching not just about inequality now, but the history of inequality as this nation has grown.

"I'm of the generation to know this: you've had to fight to teach this thing we call Black history," he said. "You had to fight for it because it wasn't being taught. And especially when we understand the nature of the segregated school system in American society, then and now. So that part of it was fought for. And it's still being fought for, when you have a people who are deemed less than human. From the beginning, less than human. And then you codify it by saying, 'if you're this color or you're some other color, then you rise or fall on the scale.' Disproportionately, Blacks were always at the bottom."

"While attending Delaware State University on a football scholarship in 1982, I was home training for the following football season. As a pers…