The First State's Attorney General announced Monday the state would be filing suit against seven members of the Sackler family for their alleged "role in creating and sustaining the opioid crisis in Delaware."

In the 110-page court filing, the state said the named individuals "directed opioid manufacturer Purdue Pharma's two-decade course of falsely and deceptively marketing opioids, sowing the seeds of an epidemic," responsible for the corruption of thousands of state residents and "ripping apart the fabric of Delaware communities.

"The Sacklers have blood on their hands," said Attorney General Jennings. "More than 1,400 Delawareans suffered fatal drug overdoses from 2014 to 2018, and nearly 200 Delaware lives have been claimed by addiction this year alone.  We cannot bring back the loved ones, friends and neighbors who have been taken by the opioid crisis—but we can and must seek justice and accountability for the victims of the Sacklers’ avarice, callousness and fraud."

The complaint states that "aggressive sales tactics, misleading literature, and false claims" were conducted, at the direction of the Sacklers via their control of Purdue, in order to downplay the addictive nature of opioids and lead to excessive sales of the drug.

The Sacklers convinced "doctors, regulatory authorities, and the public that opioid addiction was the fault of users—many of whom, Purdue claimed, simply needed greater doses of prescription painkiller," according to Jennings in a release announcing the lawsuit.

Between 1999 and 2016, the Sacklers are accused of playing a leading role in the quadrupling of opioid sales--and the spiking of deaths related to that drug abuse--while the "profited exorbitantly from their self-serving tactics." The family voted to pay themselves billions in profits from Purdue.

The state is already involved in a separate Superior Court case targeting Purdue Pharma and other companies involved in the opioid supply chain.

Purdue Pharma, for its part, has threatened to file for bankruptcy if it can't settle the thousands of lawsuits brought against it by states and individuals suffering, according to CBS News. The company seeks to pay out between $10 and $12 billion.

Read the entirety of the lawsuit here: 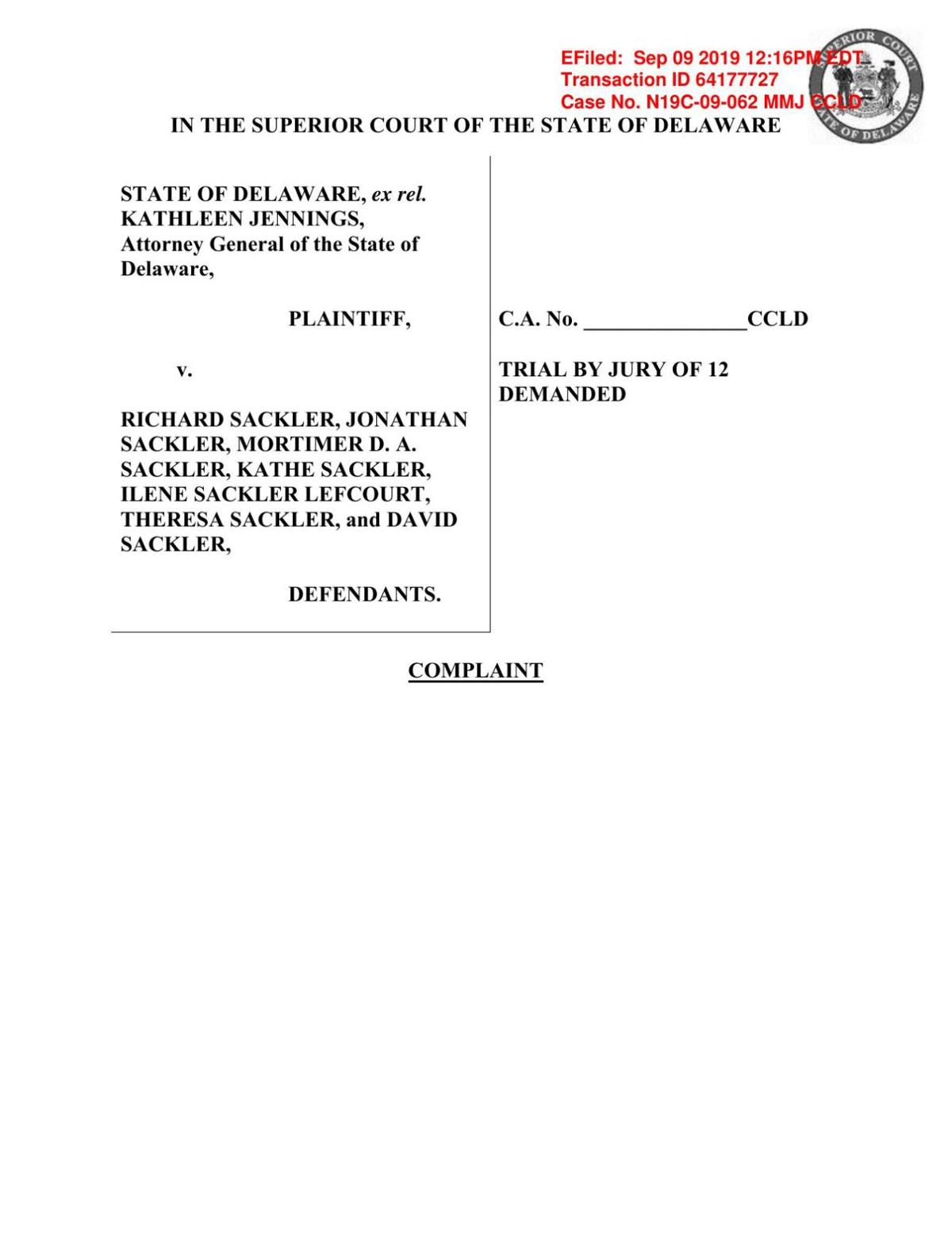 Purdue Pharma, attorneys for thousands of opioid cases have a preliminary proposed settlement

Purdue Pharma has reached a preliminary proposed settlement with multiple state, local and tribal governments that accuse the company of helpi…