Carney made a sixth amendment to his State of Emergency, putting an emphasis on home residents.

Landlords are not allowed to evict tenants until the end of the state of emergency, and they are also forbidden from charging late fees or interest.

Lenders are also ordered to stop all foreclosures. Those that have begun are frozen until 30 days after the State of Emergency is lifted.

Utility companies are also not allowed to terminate service or charge late fees for their services.

Carney also moved Delaware's presidential primary from April 26, 2020 -- while Delawareans would still be under a "stay-at-home" order--to June 2, matching several local states who were part of an "Acela Express" block.

“Delawareans have a basic, fundamental right to vote. Today’s order will preserve that right and allow Delawareans to vote by absentee ballot in the presidential primary on June 2,” said Governor Carney. “The additional protections in this order are essential to help support Delawareans – especially our most vulnerable neighbors – as this situation evolves. This is an extremely challenging economic situation for many of our neighbors, and we need to do what we can to support them.”

Carney said social distancing will be considered a permitted reason to vote by absentee ballot.

School board elections have also been delayed until June 16, 2020. 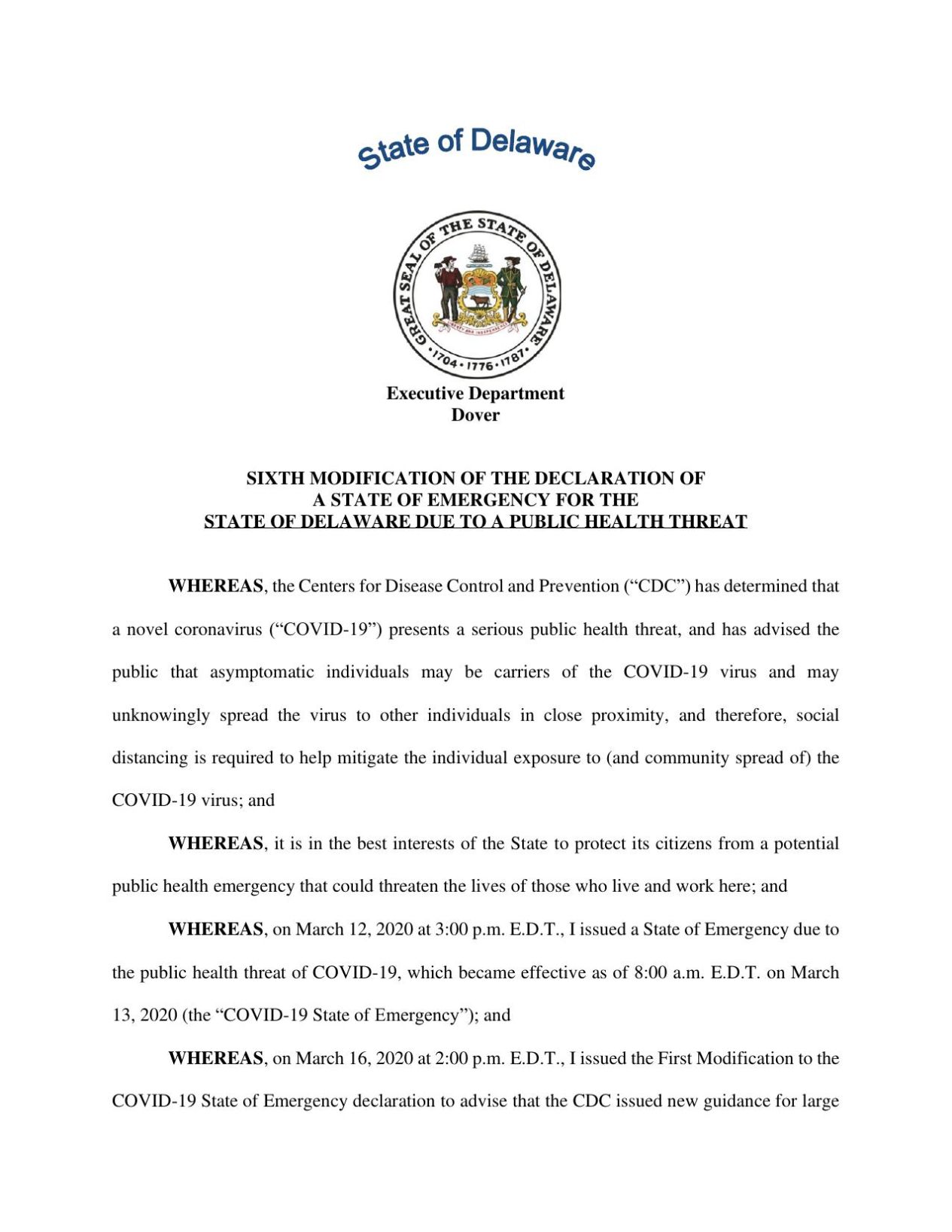 WDEL's got you covered: For all of WDEL's latest novel coronavirus COVID-19 coverage, including a list of symptoms and important numbers, locations for PUIs, and stories relating to the pandemic, visit WDEL.com/news/coronavirus.

A 14th modification to Governor John Carney's State of Emergency declaration was issued Thursday afternoon, further protecting renters in the …