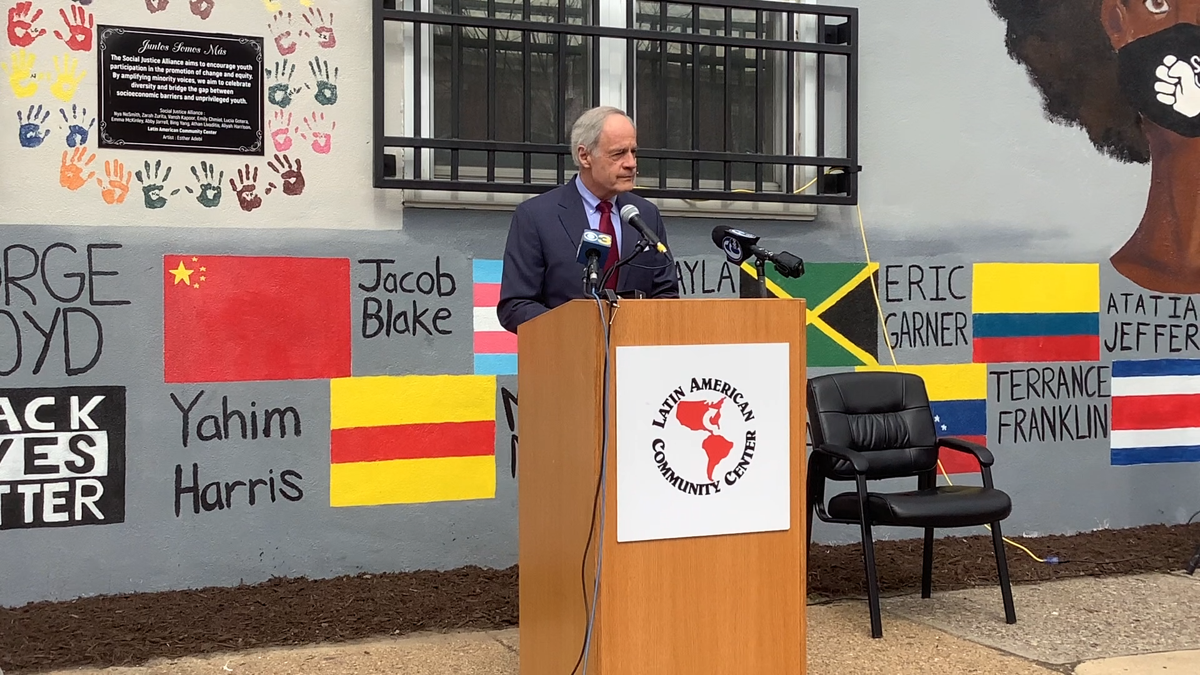 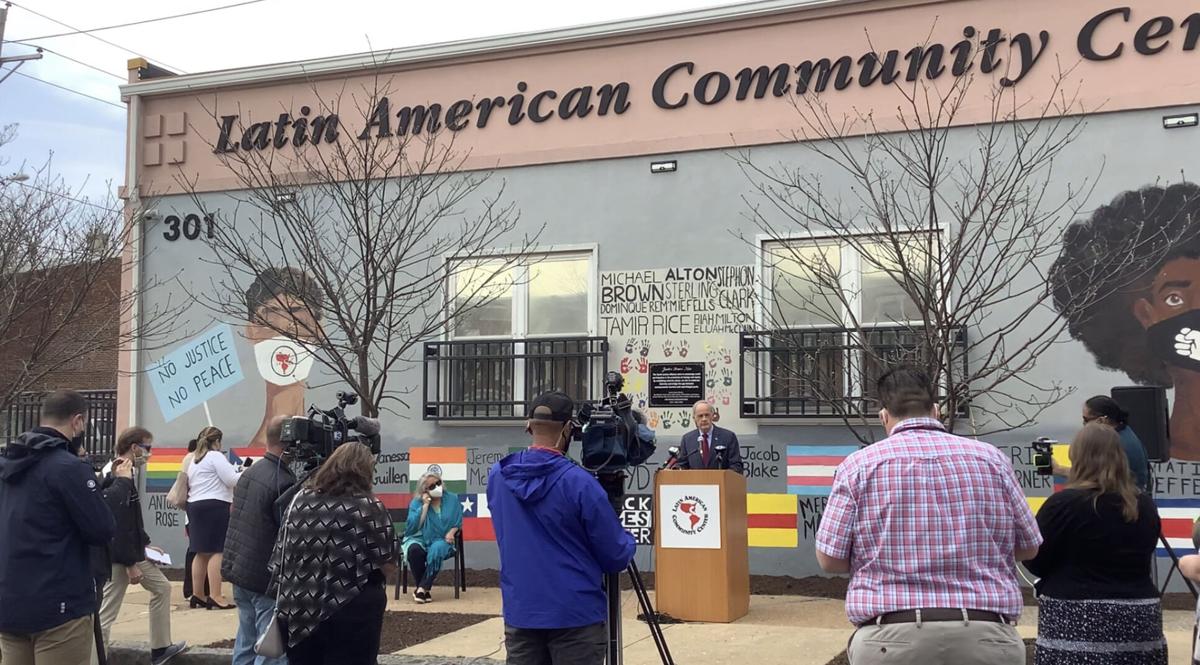 On a visit to Wilmington's Latin American Community Center (LACC) Wednesday to discuss his findings during a tour of the southern border's housing facilities for children who have been separated from their parents, U.S. Senator Tom Carper (D-Del.) hit many of the same talking points he made during a press conference held Monday while on the trip itself.

"One kid, it took him 22 days, he walked all the way from Honduras to the U.S.-Mexico border, he was 17, walked all the way, and the reason why is because he wanted a better life. His parents wanted to have a better life," Carper said. "But I talked to hundreds of kids down there in the last two, three days, and despite all they've been through, for the most part they were happy. They had a lot of scrapes, and you can see they've been through a tough, tough journey. But they were happy. They were grateful, deeply grateful."

Carper said the situation seemed to be improving, admitting it could be better, and shared the same points about how things could continue to improve. Those efforts include installing someone to oversee the effort from a big picture perspective--namely, Vice President Kamala Harris--getting senate-confirmed ambassadors who know the region, and surrounding them with the best team possible.

But none of those efforts matter, he again said, if the United States continues to address symptoms without making an effort to address root causes. Violent dictatorships, widespread corruption, and climate change are all forcing people to flee their homes and seek a life in America, the the only way to stymie the flow is to create home countries for those individuals they don't want to leave.

"We have to hold the leaders there to high expectations," Carper said. "The money that we provide, we have to make sure that we're providing oversight and making sure the money is spent how it's supposed to be spent. A lot of the money should go to nonprofits, [non-governmental organizations]. And to the extent that we can keep the money out of that pockets, or out of the Treasury--let's pray--and give it to the NGOs and foundations and work with with them."

Asked directly about the conditions of the children who are still being held--for whom, Carper said, officials are still working to track down family members in America, the senator said they seemed grateful just to be in a new situation that holds the promise of a better life.

"One of the things that struck me was their spirits. Their spirits. They were not, 'Oh, woe is me.' They were grateful. They had such gratitude," Carper said. "And I talked to the folks who were there from [the Department of Health and Human Services], and I talked to the the Border Patrol folks. They said one of the amazing things about these kids are they're just so grateful to be in a safe place, to have something to eat, and know that people care for them, and to have an opportunity to reunite with their moms or dads or their sisters or brothers."

Not everyone was sold on that answer. LACC President and CEO Maria Matos said reuniting children with their parents should be a number one priority for President Joe Biden's administration, and the gears are not turning fast enough.

"I'm not sure I got the answer that I wanted about those missing, separated families and children," Matos said. "I know that the Biden administration is working to put things back together, to make sure that when people come into this country, that the process is followed--a process that has worked for a very long time. This country was made of immigrants. I'm not sure if I'm satisfied with the answer to the question. Are those children being connected to those parents?..I would like to get an answer. And if they're not being connected, the parents can't be found, then what work is being done? Are they connected to community organizations such as the LACC in those towns?"

Since parents started being turned away while their children were jailed under the Trump administration, Matos said it was hard not to empathize with what they must be going through.

"I hope that we get answers because these children are separated from their parents, and they can't find their parents. I would die if they took my child away from me, or even my grandkids, and not being able to find them," Matos said. "I'm glad that Biden's in office. I'm glad that they're putting [Vice President Harris] to work on it. But I want to know, are these parents being found? Are these kids being united? And if they're not, are they being taken care of, and where?"

For the time being, the where is at least addressed as thousands of children have been moved to DHHS care at Fort Bliss.

"Almost from the...hour that these children are taken into custody, turned themselves into the Border Patrol, the effort begins to connect them to their sponsors; Who are you here looking for? Who do you want to live with? And the child literally has, in many cases, written down the name, the phone number, where their sponsor lives," Carper said. "The Customs and Border Patrol always gets maybe three, maybe four days, and then they do the turnover. We were in a facility in Fort Bliss that can take care of 5,000 kids. Very humane. Clothes. Showers. Healthcare. Food. The ability to play outside. It's pretty amazing what they've done there."

Delaware's U.S. Senator Tom Carper led a delegation of other lawmakers to the southern borde…