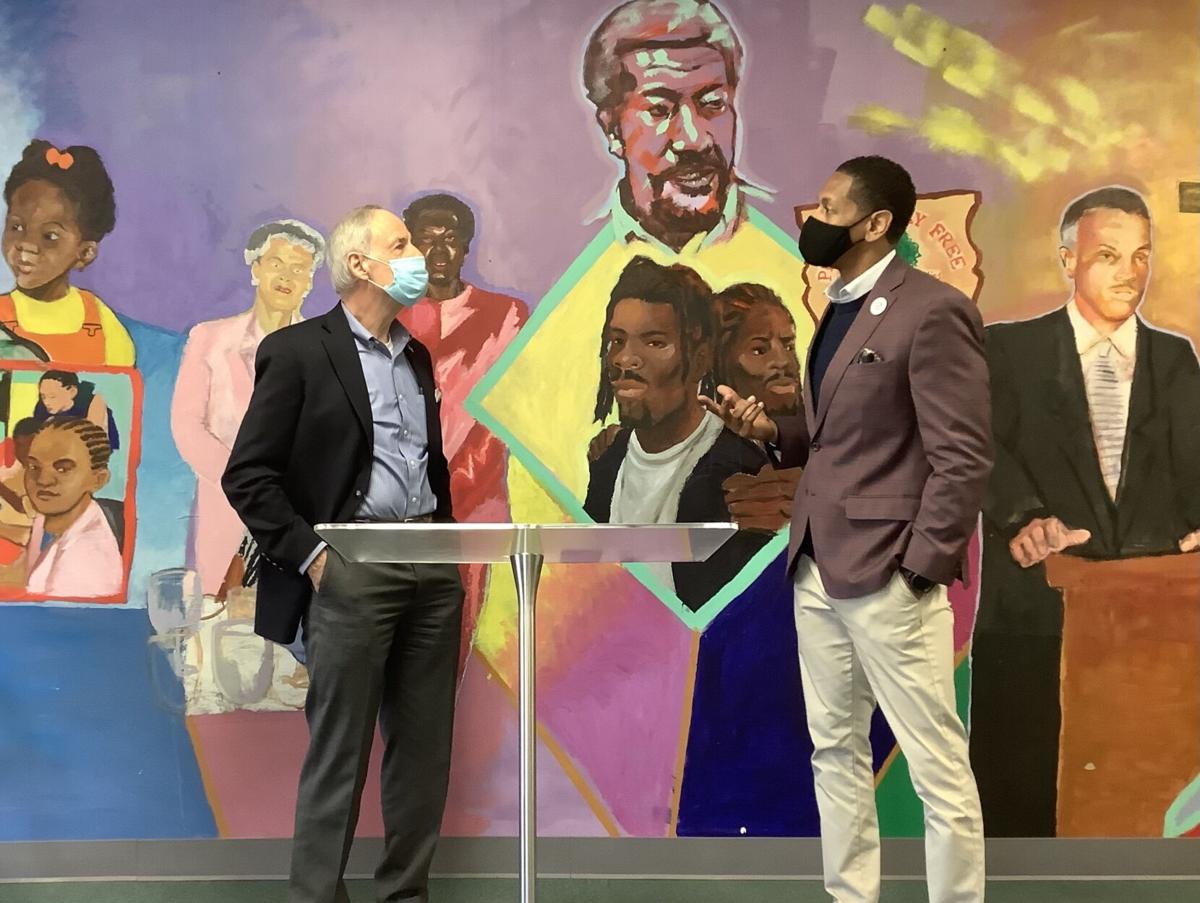 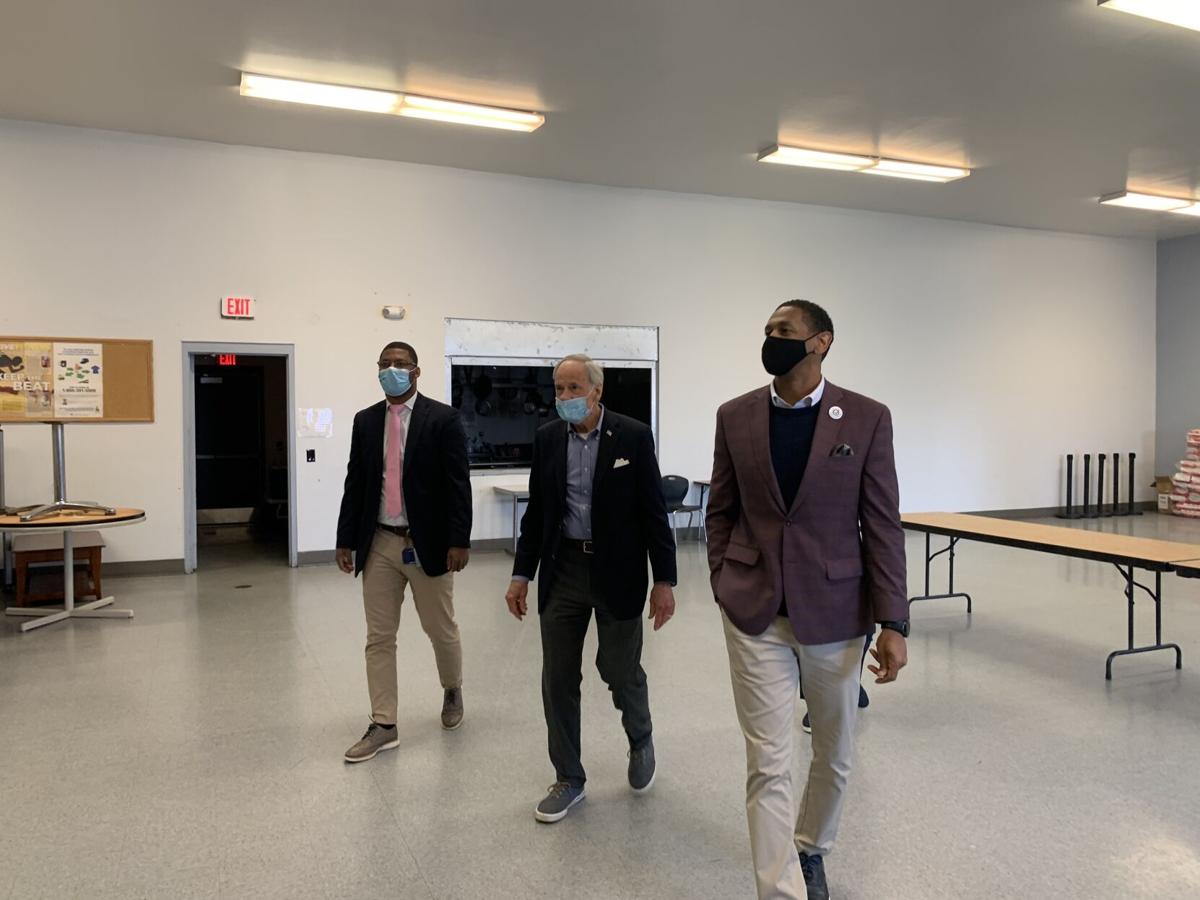 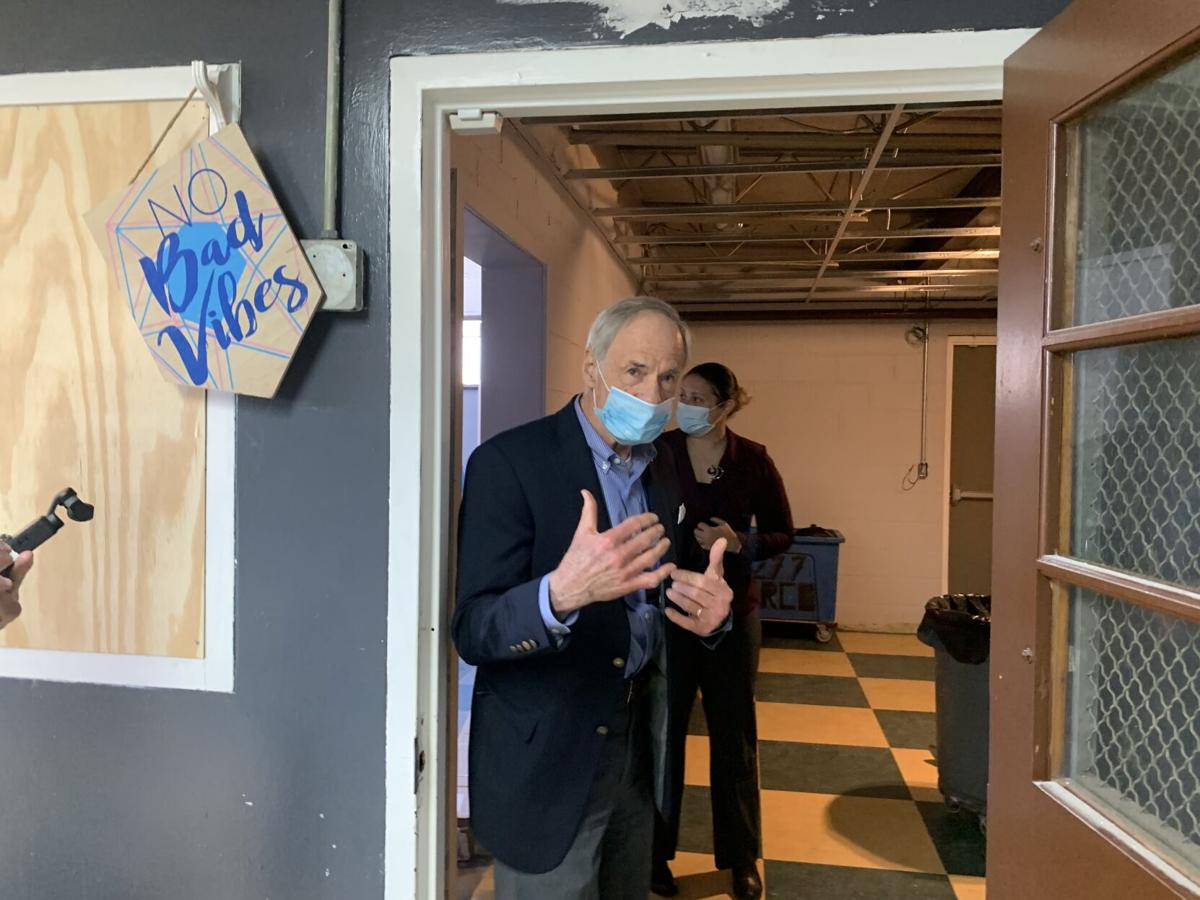 US Senator Tom Carper gets a tour of the new community healthcare facility established by REACH Riverside.

"When the pandemic hit, prior to the CARES Act, prior to [the Paycheck Protection Program] and [the Economic Injury Disaster Loan], I had already made a decision and told my senior staff that we were going to retain all of our employees and figure out the rest later," said REACH Riverside CEO Logan Herring Sr. Monday. "And we're very fortunate the CARES Act was passed, and PPP."

While hosting a visit from US Sen. Tom Carper to put on display just how PPP has been able to aid local nonprofits in Delaware, Herring said his organizations were able to continue doing good work throughout the community thanks to the program, which was recently extended through the end of May. The nonprofits have sustained its services during COVID-19 and even found new ways to help its community members thanks to the federal aid while employing its 130 employees across REACH, The Warehouse, and Kingswood Community Center.

While that work would've continued regardless, Herring said their extent to which REACH has been able to continue aiding the community was expanded  due to the federal aid.

Thanks to the aid from the PPP, Herring said REACH had the resources to shift their early learning academy to virtual classrooms, and do the same thing for their senior center programs. They also were able to establish their own fundraising efforts, bringing in $500,000 in just a few months, leading to the distribution of $285,000 in cash assistance, $250 gift cards once a month five separate times to every single family in Riverside public housing, the distribution of 400 Chromebooks, and  the distribution of 15,000 meals.

"It allowed us to continue to employ our employees, and then we were able to springboard that into how we better supported our community," he said. "We were nimble, we were flexible--because there were a lot of restrictions around what we were able to do--[all while not having] people in the building."

Not a day off, but 'a day on' | Wilmington's Teen Warehouse organizes community cleanup for MLK Day of Service

Much of his life in public services has been spent focusing on creating a nurturing environment for job creation and preservation, Carper said, for businesses large and small, so to see Herrings work continue and his organizations flourishing in spite of the challenges presented by COVID-19.

Carper said the government has recognized the need to continue to modify its regulations to better fit the needs of the organizations they're looking to help, and lawmakers will continue to do so until they've maximized their ability to help as many as possible.

"We have run a couple of different stages of PPP, and the first one, when we did it in the CARES Act about a year ago, we found out that we needed to fine tune it, had to tweak it a bit," the senator said. "We continue to make adjustments, and we made another adjustment last week with the modification to extend applications...Businesses or nonprofits can apply for PPP up until the end of May."

REACH Riverside has a number of community-centric projects in the works. Construction on the first slate of 74 of a total 600 mixed-income homes will be completed by the end of this year, Herring hoped, with the next 141 homes set to be constructed over the next three years. A $30 million state-of-the-art updated Kingswood Community Center will be built on their 12 acres of land, and the Economic Mobility Places Ownership Within Everyone's Reach (EMPOWER) program will launce this year.

Primary care is also now being offered out of Kingwood in partnership with ChristianaCare, services which kicked off the week prior and cover all ages, including pediatrics. That space remained under construction and was anticipated to be completed inside of two months.