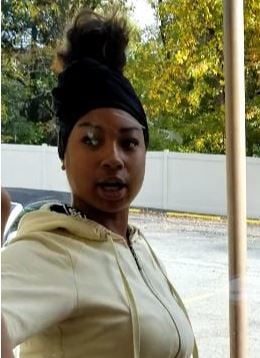 One man has been arrested and three additional women are being sought following an October 2019 assault and robbery of a Newark hotel employee, city authorities announced Wednesday.

According to Newark Police, the female victim was escorting three individuals, one of whom was identified as 18-year-old Joseph Windsor, of Newark, from the Red Roof Inn at 1119 South College Avenue who'd been attempting to enter a room not in service, and was recording them on her cellphone as they left the hotel.

Police said one of the suspects attempted to take the victim's phone, then punched her. The other two and a fourth suspect waiting in a vehicle outside all joined in, kicking and punching the victim.

An intervening coworker pushed one of the suspects, at which point the phone was taken by the suspects and all four fled the area, according to authorities.

The victim was transported by ambulance to an area hospital to receive treatment for her physical injuries, including a broken finger. The victims were able to provide police with a plate number for the vehicle in which the suspects fled, police said.

The cellphone was recovered, damaged, nearby. Based on the recovered video evidence and plate number provided, police identified Windsor and arrested him on  January 22, 2020. He was charged with first-degree robbery, second-degree assault, second-degree conspiracy, offensive touching, and criminal mischief under $1,000. He was released after posting $47,200 secured bond.

Newark Police asked for the public's help identifying two additional female suspects they said who appeared on the video recorded by the victim. Anyone with information regarding these individuals is urged to contact authorities at 302.366.7100 ext. 3474 or Delaware Crime Stoppers at 1.800.TIP.3333.

3 additional arrests made in attack on Newark hotel employee

Following the release of images obtain from footage taken by a victim, Newark Police on Tuesday announced three additional arrests in connecti…

Biden: I heard we did well with culinary workers

Life in Hong Kong during the time of novel coronavirus