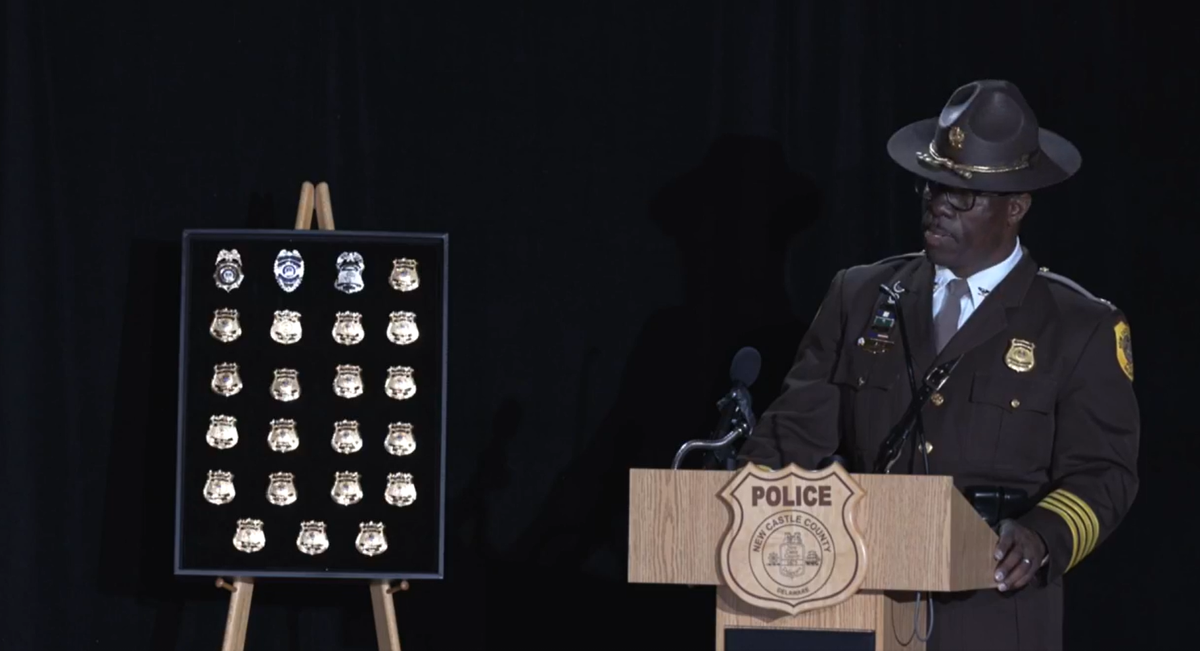 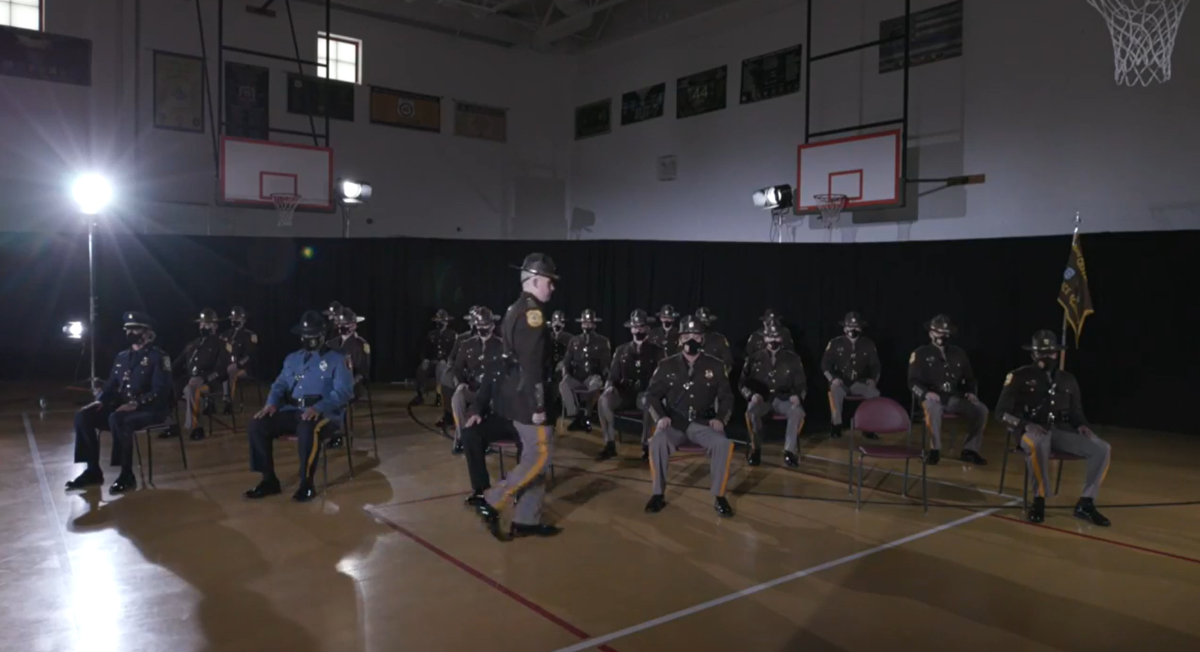 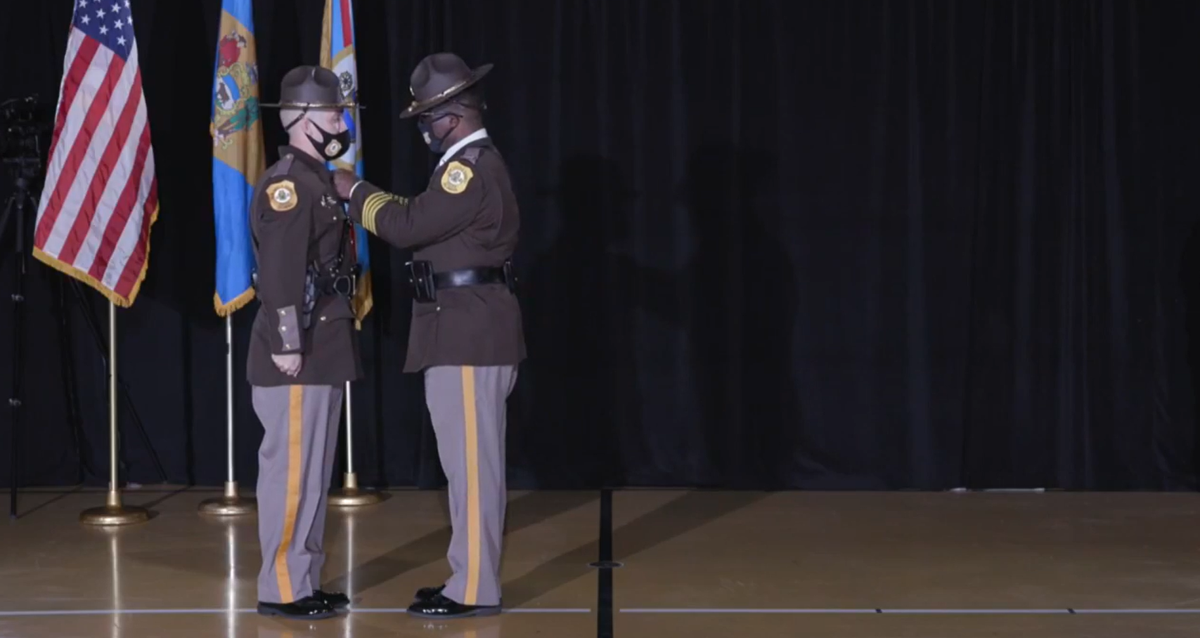 The New Castle County Police Department has a brand new class of 23 freshly minted officers among its ranks, ready to face all the unique hurdles presented by the unprecedented times in which they find themselves.

"The 47th is made up of individuals who are eager to serve our communities, and are fully aware of the challenges they will face while doing so," said New Castle County Police Chief Col. Vaughn Bond Thursday.

The last academy graduation took place March 26, 2020, and the pandemic was just starting to grip the nation.

"We were forced to make many changes to our operations. We thought it would soon be over and life would return to normal," Bond said. "As we now know, the pandemic was just the beginning of the most challenging time in our law enforcement profession."

What would follow was officers responding to calls where they would potentially be exposed to the virus, a summer of social justice protests calling for police reform, and an election cycle where right wing extremism would ultimately lead to insurrectionist efforts at the U.S. Capitol building--all of which could lead to an officer being in harm's way.

"The brutal murder of Mr. George Floyd forced us to closely examine policing in America and our interactions with communities of color," Bond said. "It was as if we no longer had to support those we serve. All of the great works done by police were forgotten in an instant. And all police officers were treated as if we had our knee or Mr. Floyd's neck. It was a difficult time in this profession."

Facing protests that sporadically turned violent from the Black Lives Matter movement, Bond said more difficult was hearing the calls for defunding or banishment of policing, and even schools declining to have a School Resource Officer, which he called a "low level."

Even as protests have slowed, the pandemic continues to rage on, and Bond said even though it's not discussed often, several officers have contracted COVID-19 in the line of duty and ultimately died because of it.

Then, just as the class was nearing its completion, they witnessed Capitol Police Officer Brian Sicknick beaten to death on the steps of the Capitol building by Trump supporters trying to circumvent democracy and the will of the people. This was followed by the suicide of another Capitol officer following his deployment to the situation.

"I understand that my remarks to this point have not been inspiring, because I'm pointing out the issues that we are dealing with as a country and providing a perspective as seen from a law enforcement point of view," Bond said. "These issues are the reason why I believe the 47th New Castle County Police Academy is destined for greatness and are, in fact, special. Why do I feel the 47th New Castle County Police Academy are special? How do I know they're destined for greatness? How do I know they have a sincere wanting and desire to serve the communities that we provide police services to? I know this because they are here today."

Despite the opportunity to walk away from the profession at any point over the previous six months in the academy, these officers persevered and remained committed to a field dedicated to improving the communities in which these officers themselves work and live.

"Those that are here today are telling us that they are not afraid or intimidated by these challenges, and that they are here to serve," he said. "They have the education, they have the skills and the talents, to obtain a job in another field. So why enter into this profession during this challenging time? They are doing so because they understand their life is not meant to be a selfish life, but a selfless life."

Bond urged them to avoid negative people who would try to bring them down, and instead focus on remaining committed to their purpose.

"I am very confident that the 47th New Castle County Police Academy will play a pivotal role in understanding and improving the relationship between law enforcement and the communities we serve," Bond said.

County Executive Matt Meyer said the job was one of balance, and these men and women were uniquely situated to handle the challenges they'll face.

"One thing about being a police officer: you will see people on their best days, the parades and the carnivals, the weddings and the parties, and, let's be honest, these days, you may even get to drive and protect a county resident as he goes to give a speech as the President of the United States," Meyer said. "But you also see people on their worst days, people faced with challenges. Too often, you will need to make split second decisions without having any idea of the challenges and root causes that lead those individuals into that situation. You will help them get through it. You will help our community get through it. You will lead us through it with compassion, with empathy, and with dignity."

And that, Meyer said, is also special.