The Delaware Attorney General's Office found it had succeeded in its endeavor to block a former Newport Police chief guilty of official misconduct from being sworn in as the town's new commission following a decision issued by the court late Thursday.

Superior Court Judge Jan Jurden issued her decision that Michael Capriglione would be put on hold while the "Court resolves this matter."

"The Court GRANTS the State’s request to stay Capriglione’s swearing in as a Commissioner pending a hearing on whether Capriglione’s service in that role would violate...the Delaware Constitution," Jurden wrote in her decision. 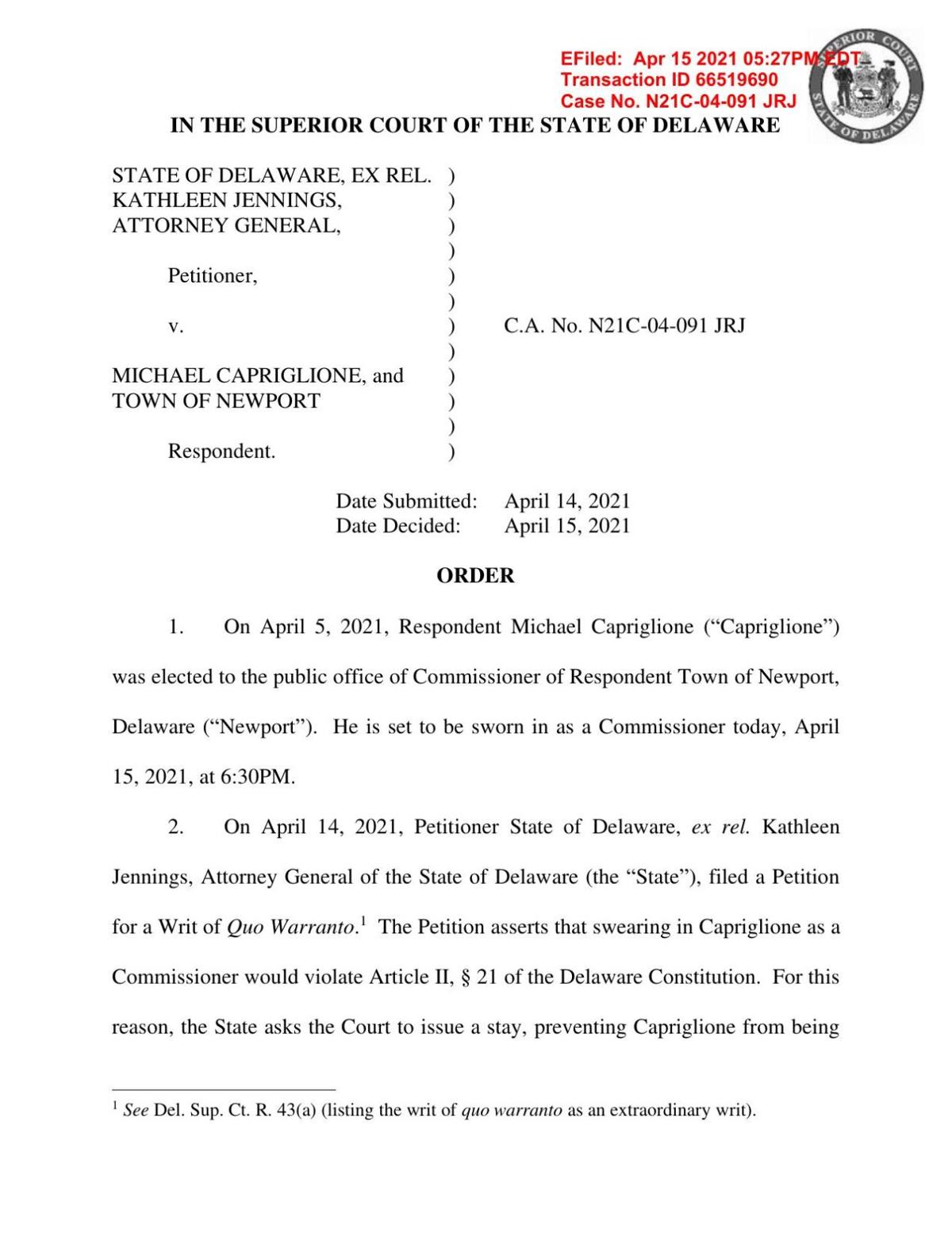 In May of 2018, then-Newport Police Chief of more than 40 years Michael Capriglione struck a car in the department parking lot, then deleted surveillance tape of the incident in question. He ultimately pled guilty to official misconduct an careless driving in connection to the incident and was stripped of his badge.

On April 5, 2021, he was elected to the position of commissioner in that same town. Capriglione was set to be sworn in on April 15, 2021, when Attorney General Kathy Jennings filed a writ of quo warranto late Wednesday, April 14, 2021, asking for the court to block the ceremony, arguing an official pleading guilty to official misconduct should not be allowed to hold another public office after abusing public trust.

On Thursday, state attorneys Mark Denney and David Skoranski argued it would be a "constitutional ineligibility" to allow his swearing-in, citing Article II Section 21, which prohibits those who've committed certain crimes from holding public office.

Capriglione's attorney Stephani Ballard Wagner argued Capriglione has been found eligible to serve by the electorate. Chris Griffiths, an attorney for the town of Newport, asked the judge for speedy resolution ahead of the scheduled swearing-in, stating public trust was a "real concern."