A court has ruled a former police chief ousted from his position and stripped of his badge after being involved in an accident in the department parking lot and then erasing evidence of the incident can not become the commissioner for the same town, despite winning an election, the Delaware Department of Justice announced Tuesday.

On April 5, 2021, Michael Capriglione was elected as commissioner for Newport, the same town where he'd previously been police chief and a 40-year veteran of the force. He pleaded guilty to a charge of official misconduct for ordering the deletion of surveillance footage which showed a May 2018 crash in which he'd been involved.

Attorney General Kathy Jennings moved to block his swearing-in at the last moment, and a judge ultimately put a hold on the process while it reviewed the case.

“[T]he Court concludes, under the circumstances of Capriglione’s case, that Official Misconduct is an 'infamous crime' within the meaning of the Delaware Constitution. Capriglione is therefore prohibited from serving as a Commissioner for the Town of Newport and from holding any other 'office of trust, honor or profit under this State.' Consequently, the State’s Motion for Summary Judgment is GRANTED, and Capriglione’s Motion for Summary Judgment is DENIED."

“We respectfully disagree with the conclusion reached by the Superior Court and Mr. Capriglione intends to appeal the decision," she said in an email.

We don’t have any further comment at this time.  Thank

You can read the entire decision here: 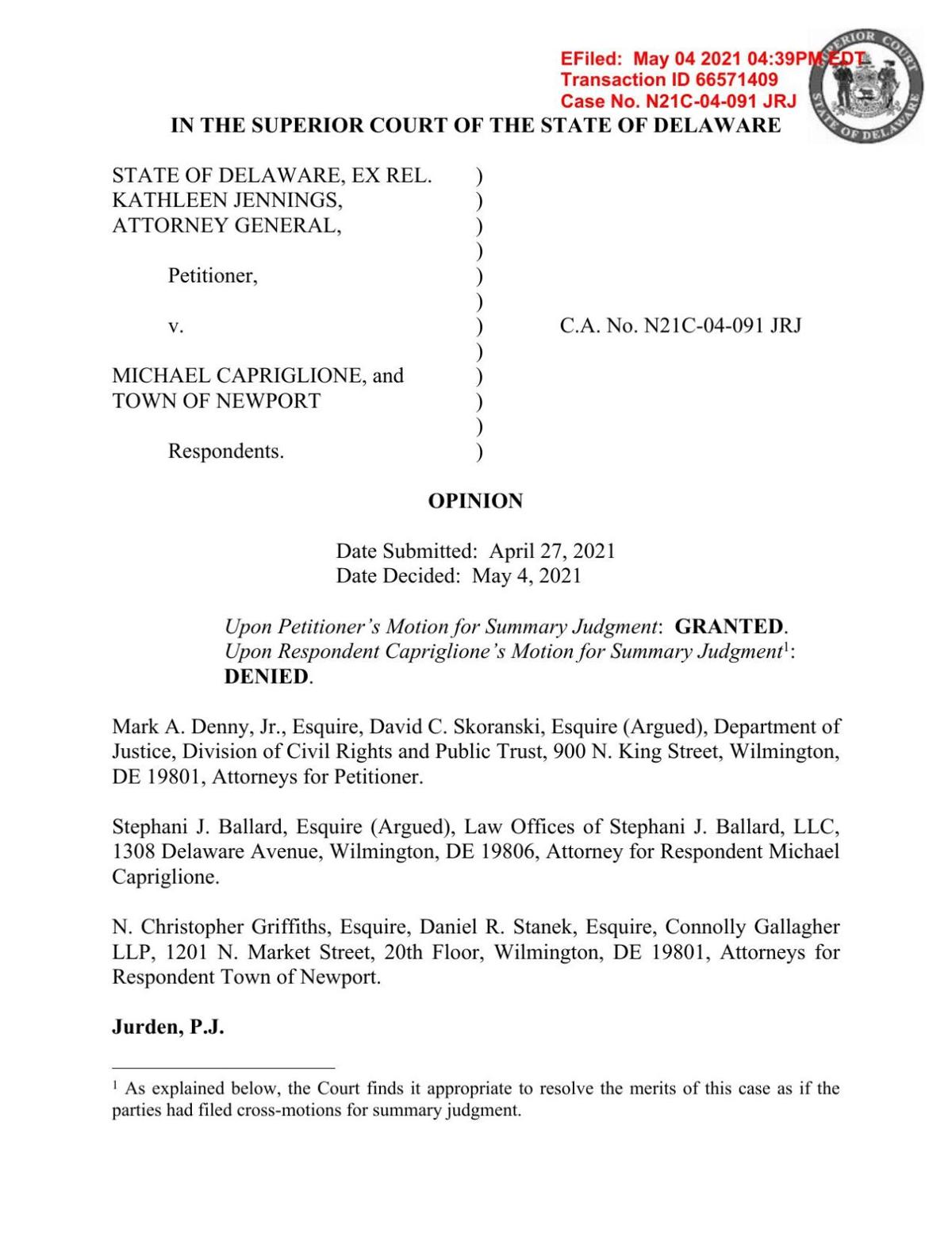 The chief of police for the Town of Newport pled guilty to official misconduct charges, the …