Prior to the most recent revenue estimates, the state was facing a $150 million budget shortfall for the current fiscal year.

But the revenue forecast approved by the Delaware Economic and Financial Advisory Committee (DEFAC) rose on May 21, 2020, by just over $90 million.

"[That's] primarily related to just better-than-expected personal income tax collections. When the April forecast had occurred, we were really kind of flying a little bit blind in terms of data in how the pandemic would impact our revenue collections for the current year, and it seems as though, maybe, we were a little too conservative in that forecast," said Office of Management and Budget Director Mike Jackson.

Jackson said they used a variety of other mechanisms to make up for the other $60 million, including using federal stimulus funds to support Medicaid costs as well as closing out funding for completed capital projects.

"We've also worked with our agencies across the state to be able to manage their spending through the last quarter of the fiscal year to help be able to get our expenditures in line," he said. "So we're actually are looking at being able to close the year in a positive tax position."

But the state's problem was two-pronged. The Fiscal Year 2021 situation remains ominous. The governor's current budget proposal needs to be reduced by $450 million.

"We have to keep in mind that while the revenue forecast was slightly improved...we are still experiencing a downturn in revenue from the time that the governor submitted his budget in January across both Fiscal Year 2020 and Fiscal Year 2021 by over $600 million, so we still have quite a bit of work to do with the General Assembly to craft the budget."

The General Assembly will reconvene for the first time, virtually, next week, with the Joint Finance Committee expecting to meet in-person in the House chamber to begin re-crafting the budget.

Jackson predicted the state will likely need to tap into $126.3 million from the Budget Stabilization Fund help mitigate the severe downturn while also curtailing spending for FY '21.

"It will definitely be harder to replenish, but it's there for a reason," he said. "Our General Assembly, with the governor's support, established it for times like this. Whether we use all of it or whether we use a portion of it remains to be seen, but if there's any silver lining in this process, it at least mitigates the challenges that we have for next year."

But the JFC is still faced with a very difficult task of determining where cuts will be made.

"I think every option is going to be on the table; one of our goals is to try to preserve as much as the investments over the last couple years as possible until we see a little bit of a clearer picture on our economy and the direction that the pandemic is heading," said Jackson.

DEFAC has its next meeting on June 17, less than two weeks before a final FY '21 budget must be passed.

Here's a look at DEFAC's full presentation for May: 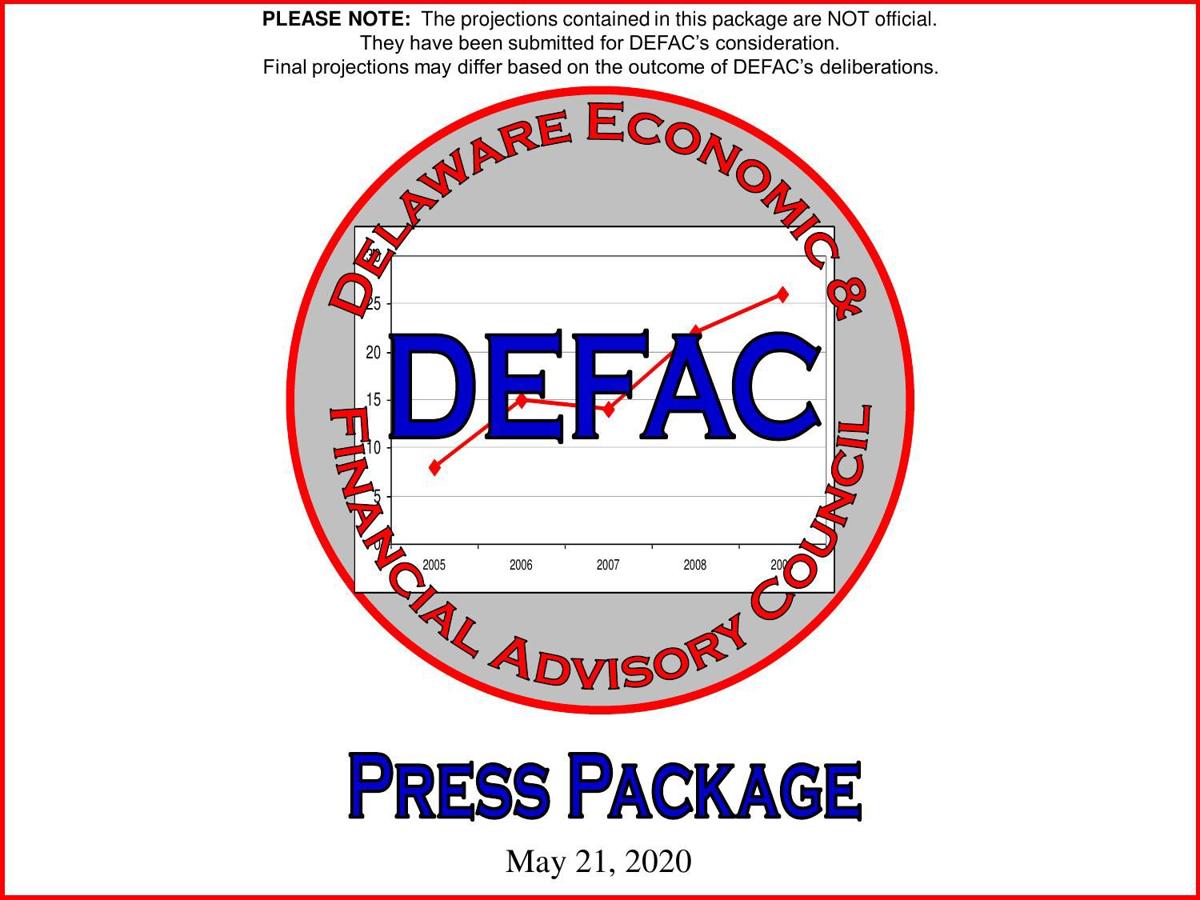 As Delaware faces a $450 million dollar budget deficit, lawmakers on the Joint Finance Committee were presented with a new budget proposal tha…