Delawareans are about to get their day in court once again.

"We are still maintaining all of the COVID protocols that we developed in working with health officials, with a doctor that we hired to consult with us on the best practices of how to operate during this pandemic. This pandemic is still going on," said Delaware Courts spokesman Sean O'Sullivan. "That's why, when you come to the courthouse, we're still doing our temperature screens, we're still doing our COVID screening questions, we're still requiring masks, we're doing social distancing--now with three feet instead of six...We have the Plexiglas barriers. All to ensure the safety and health of everybody involved. We want to make sure that you feel as safe and comfortable at the courthouse as you would anywhere else." 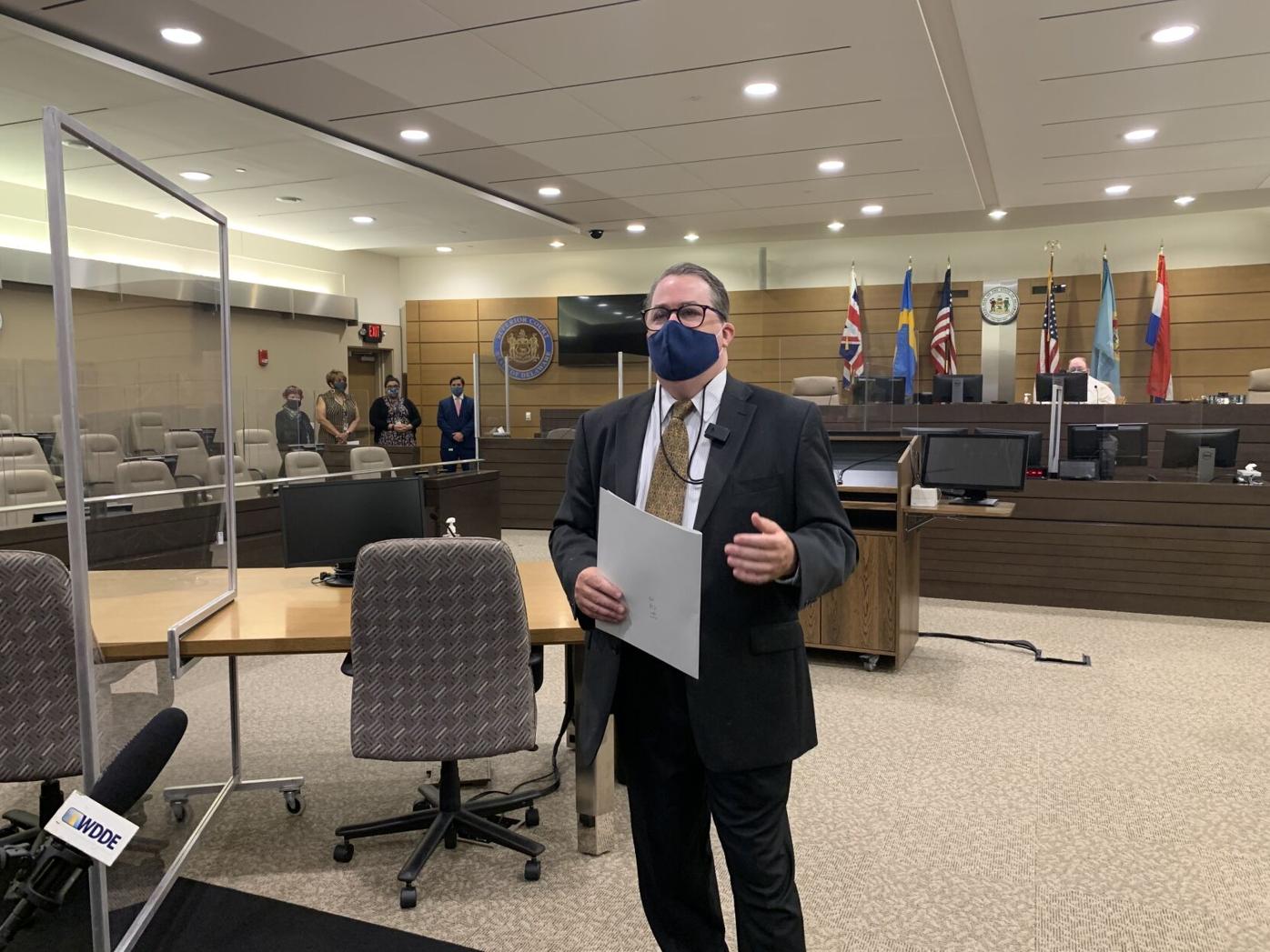 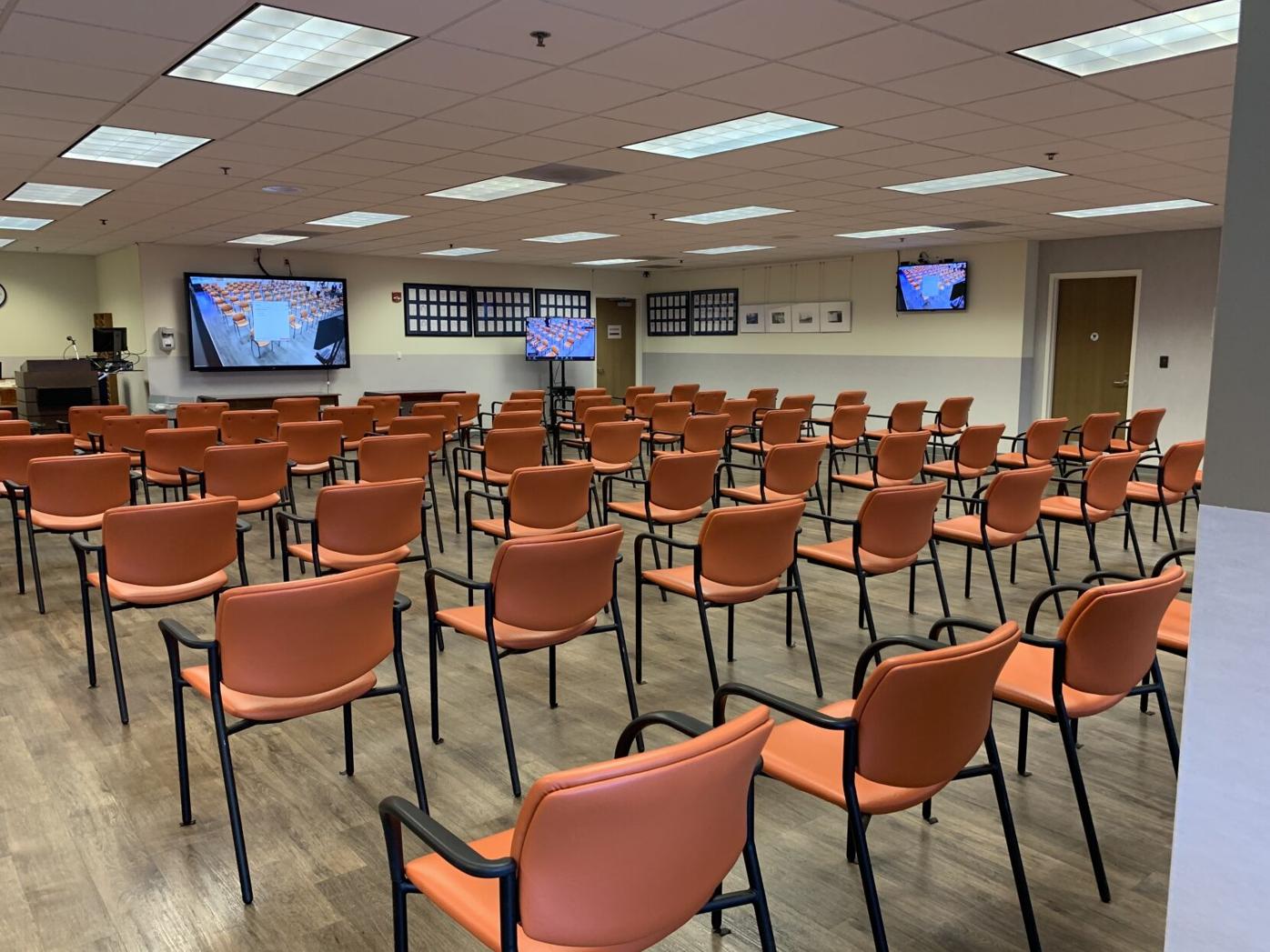 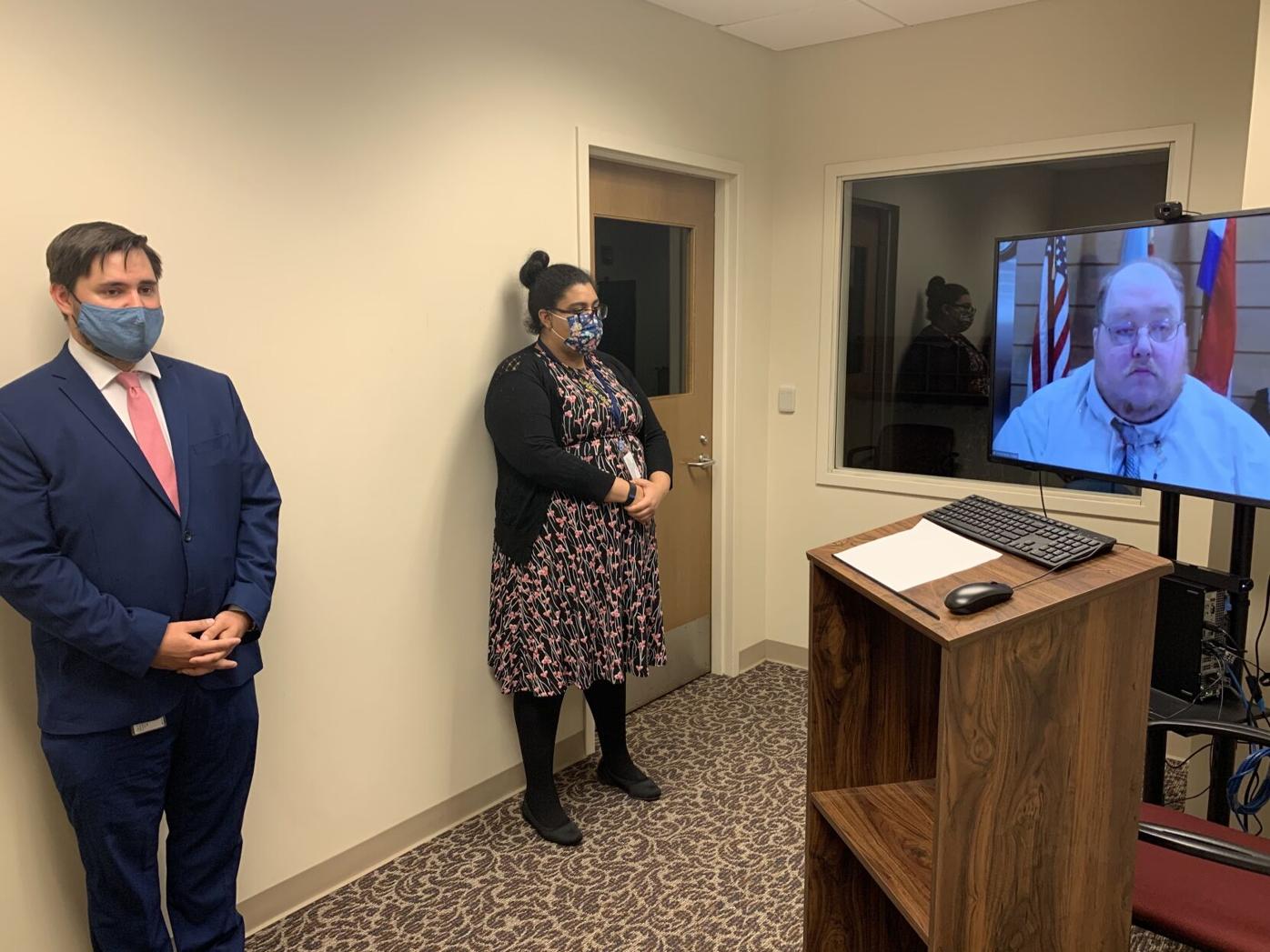 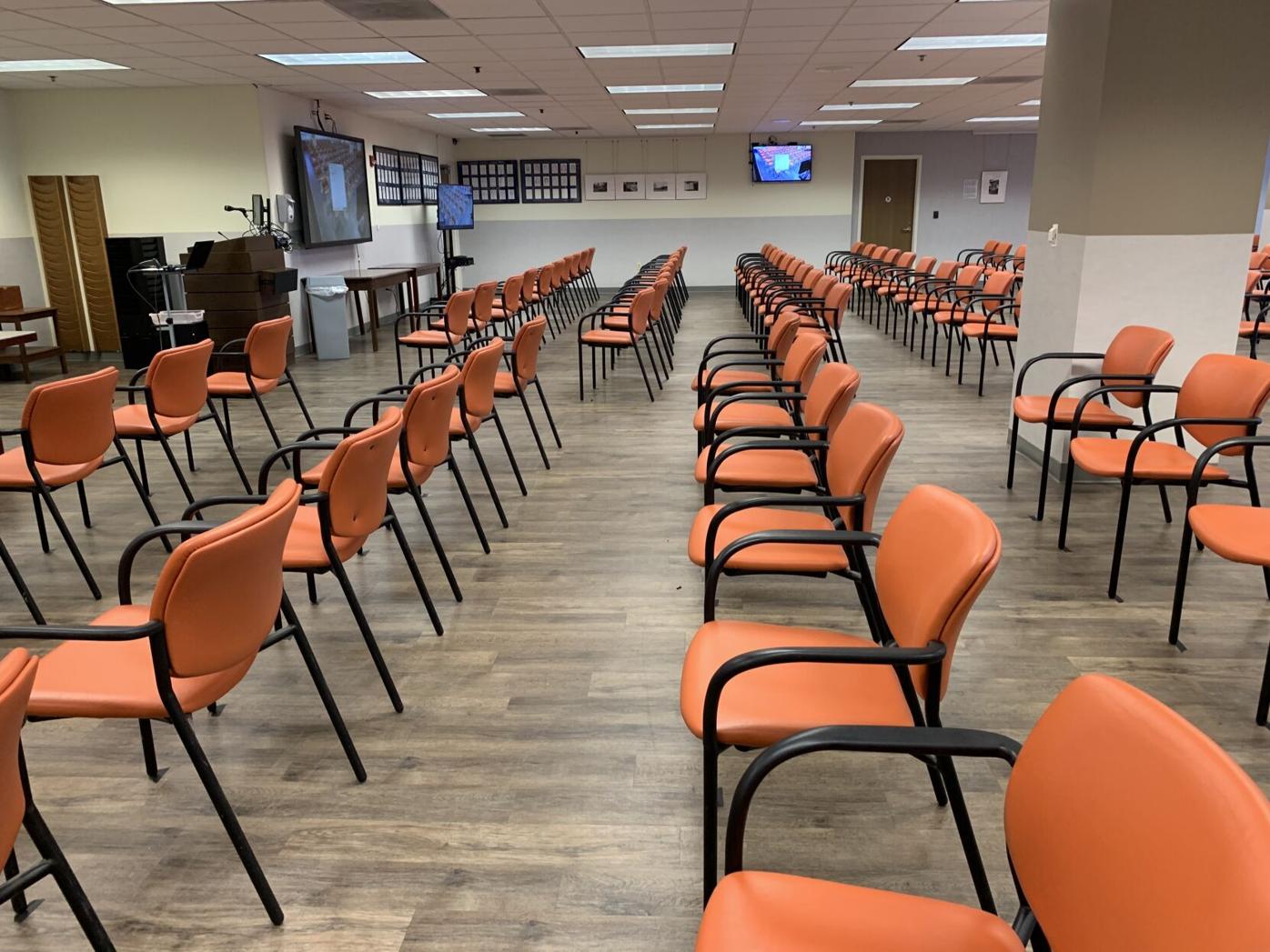 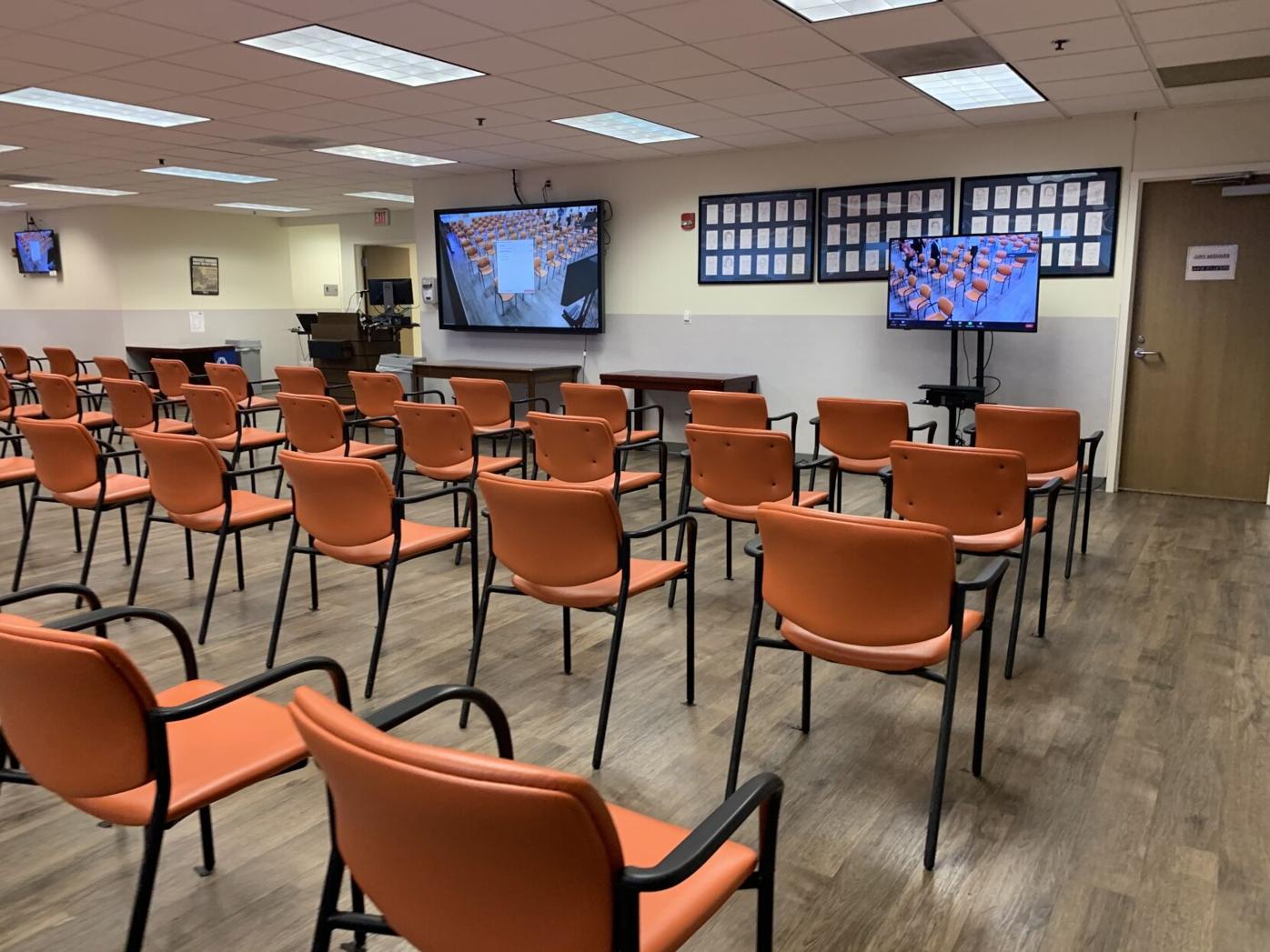 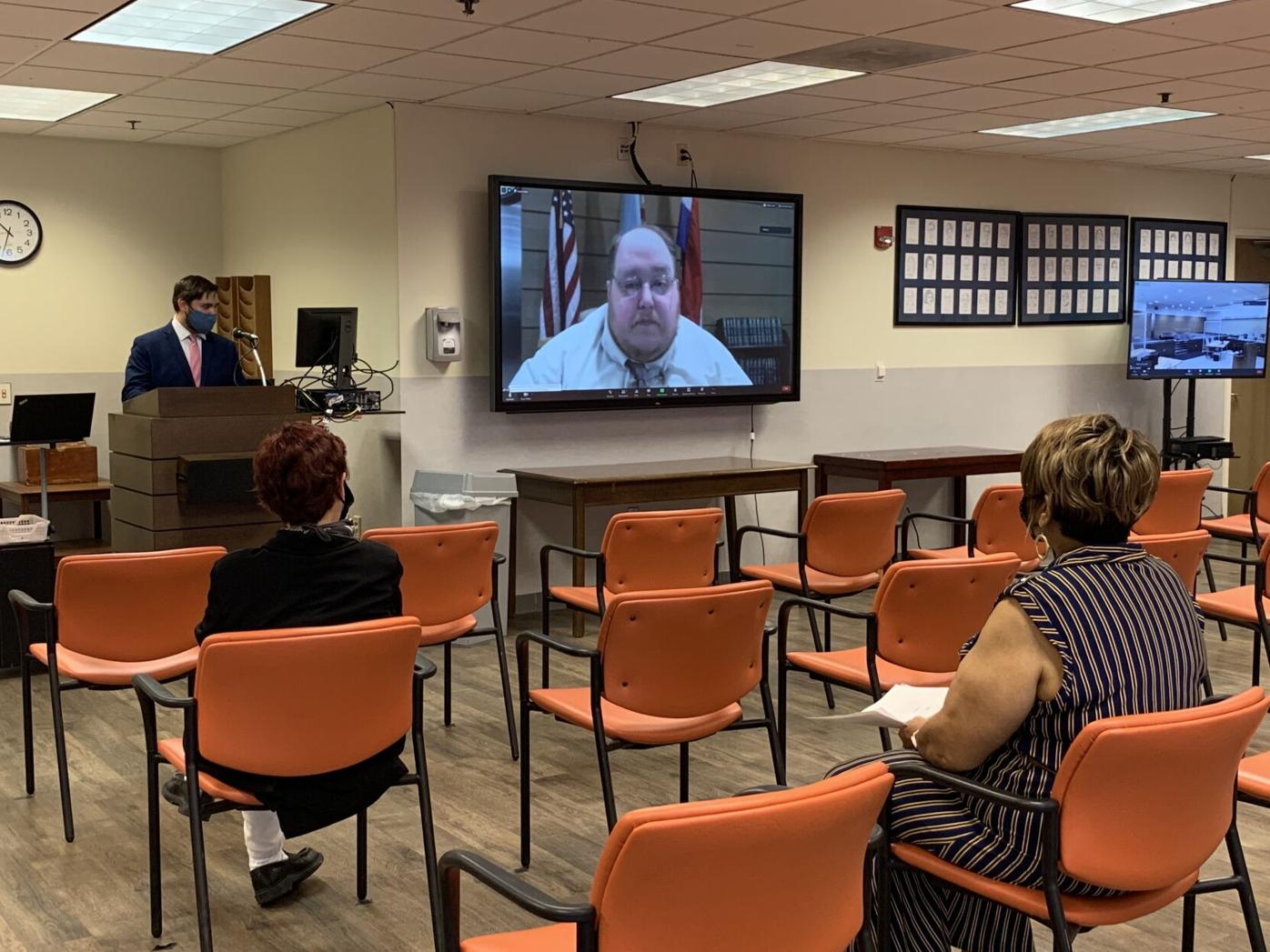 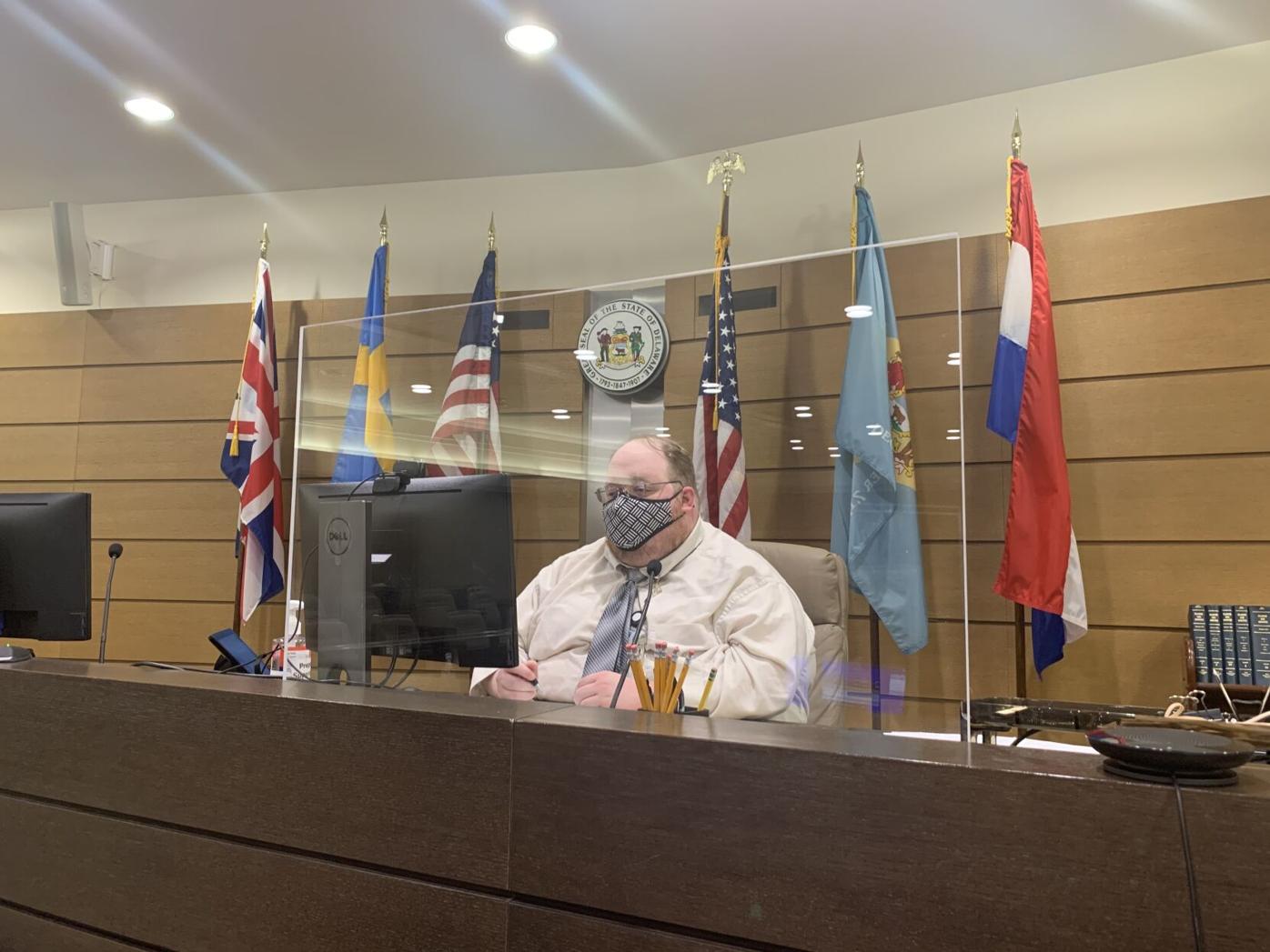 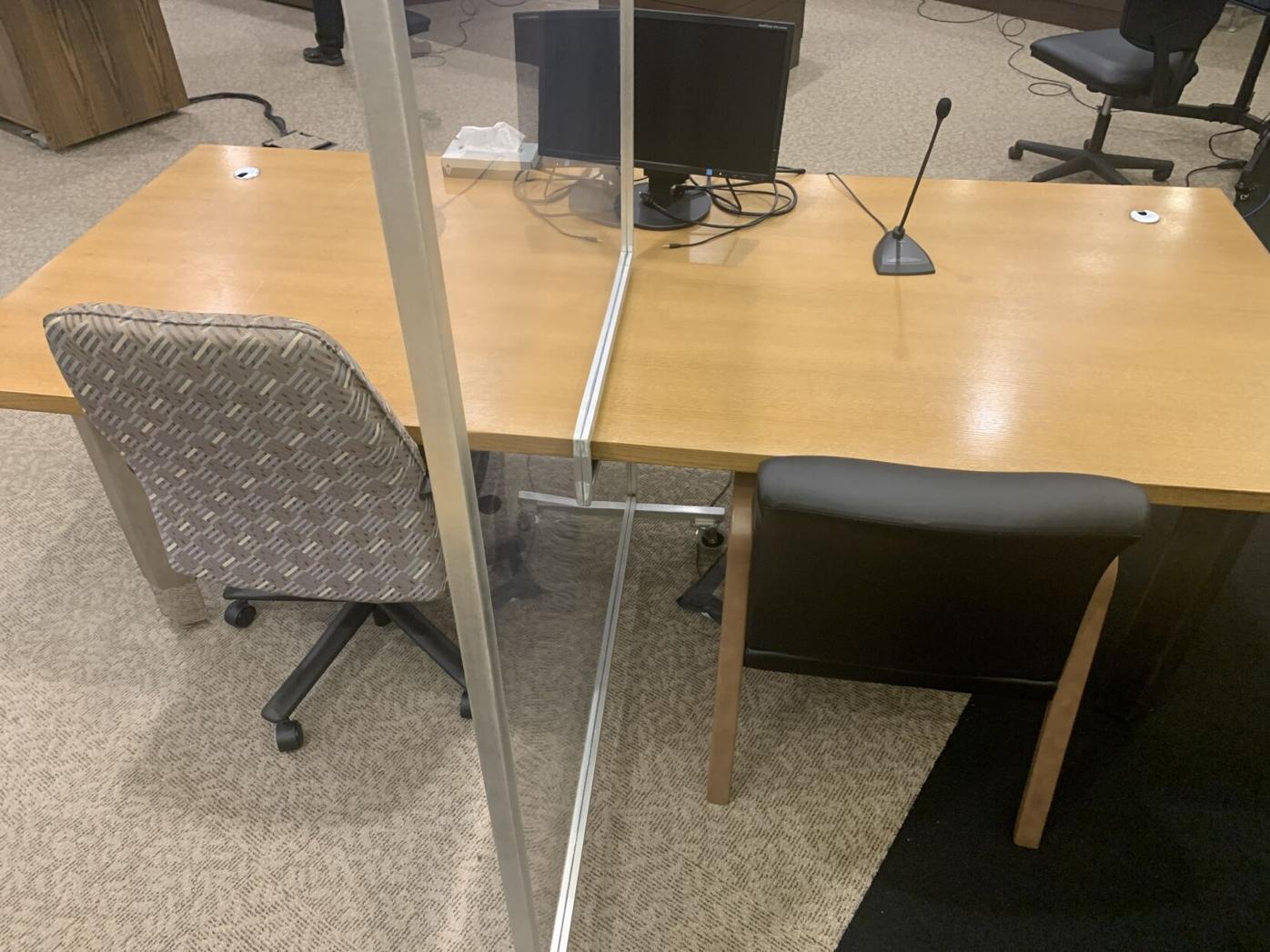 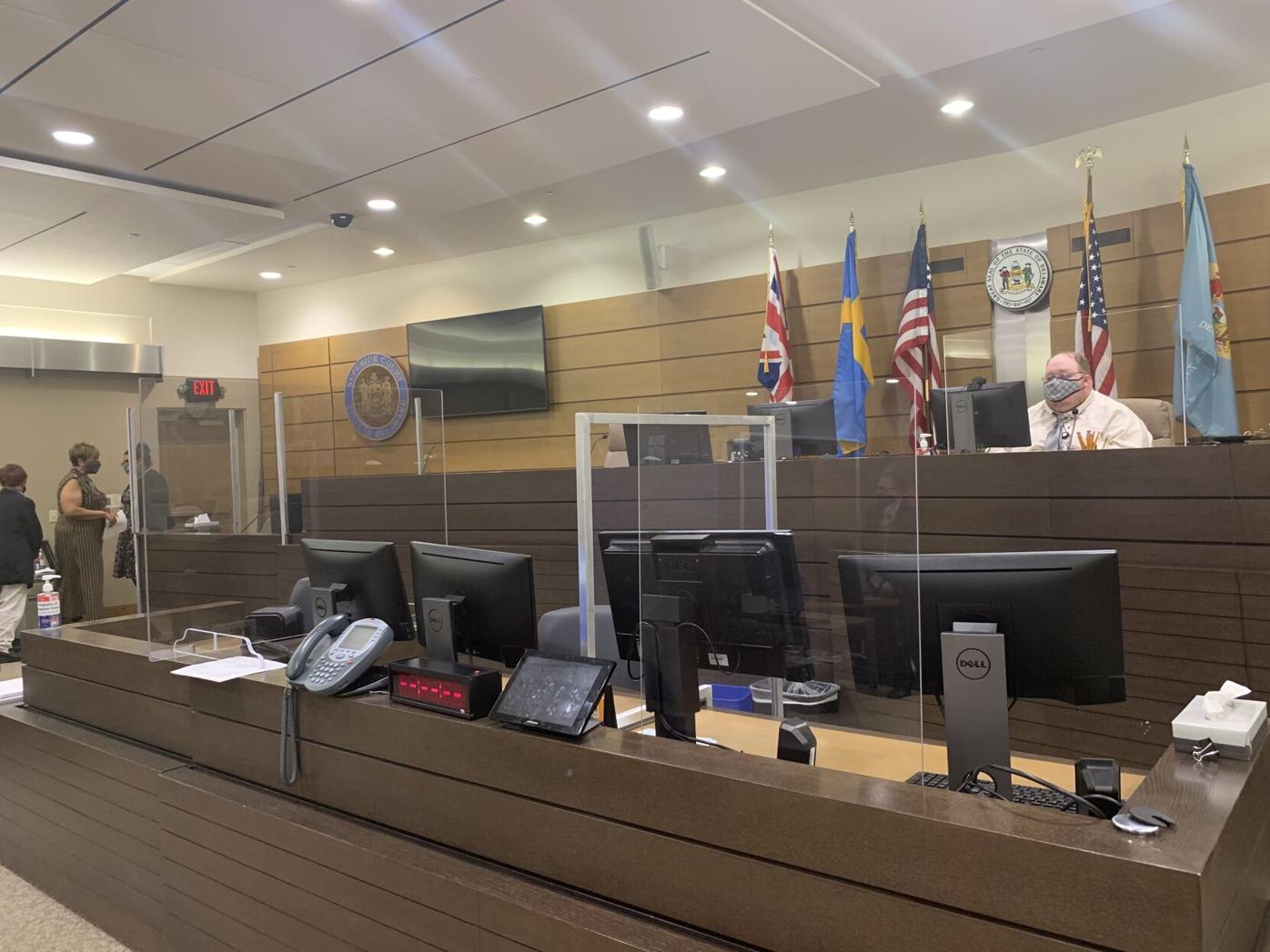 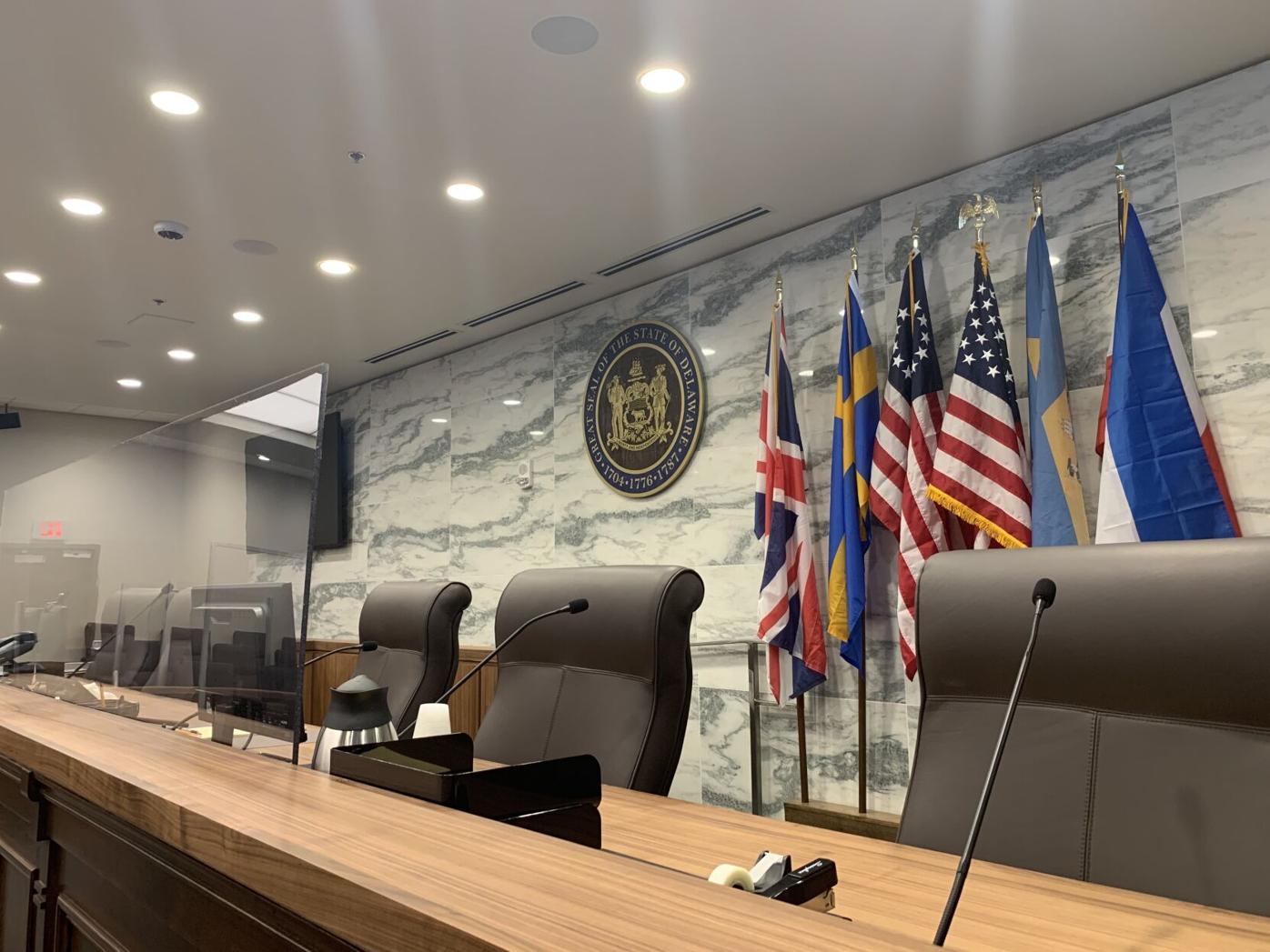 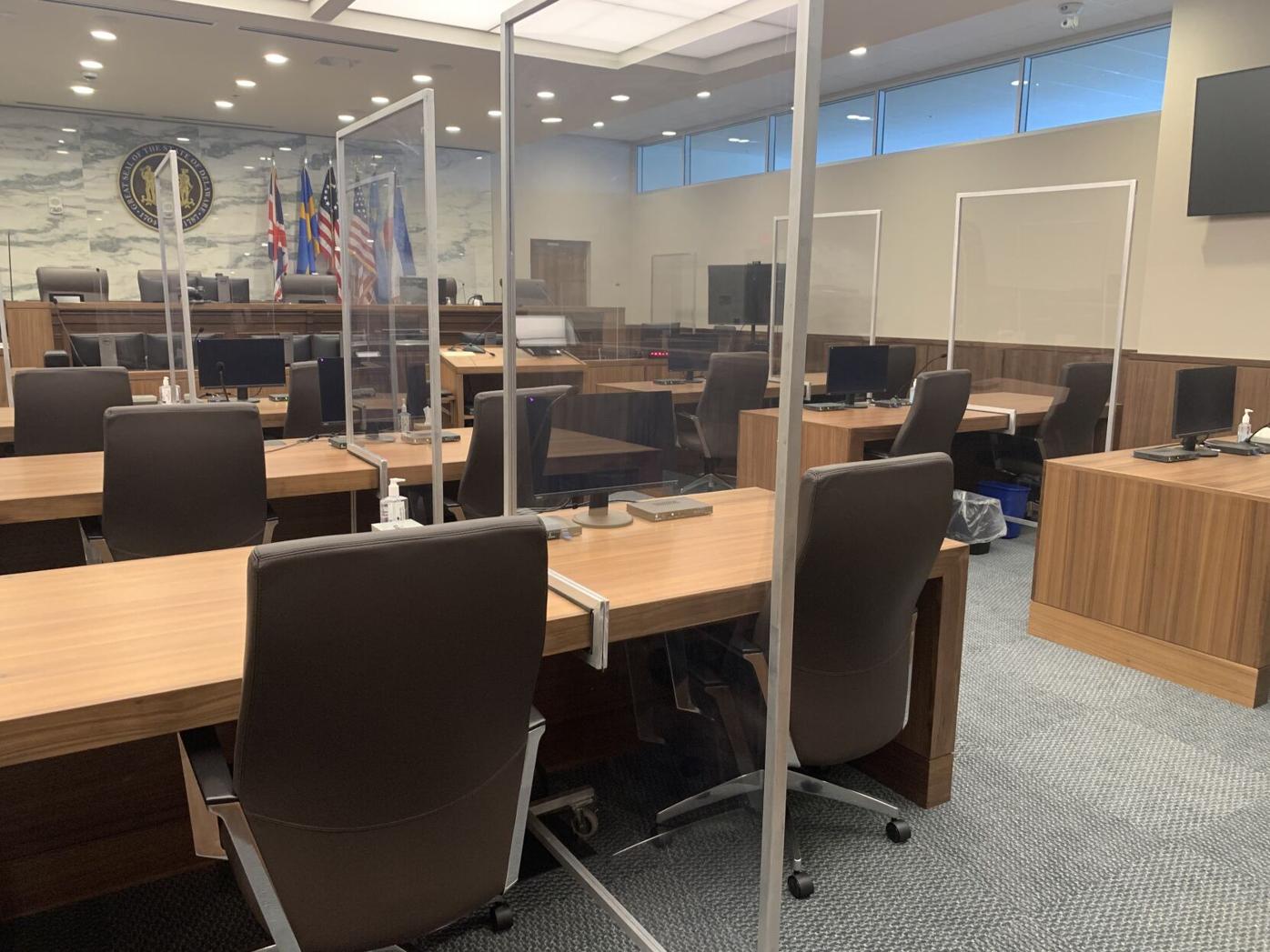 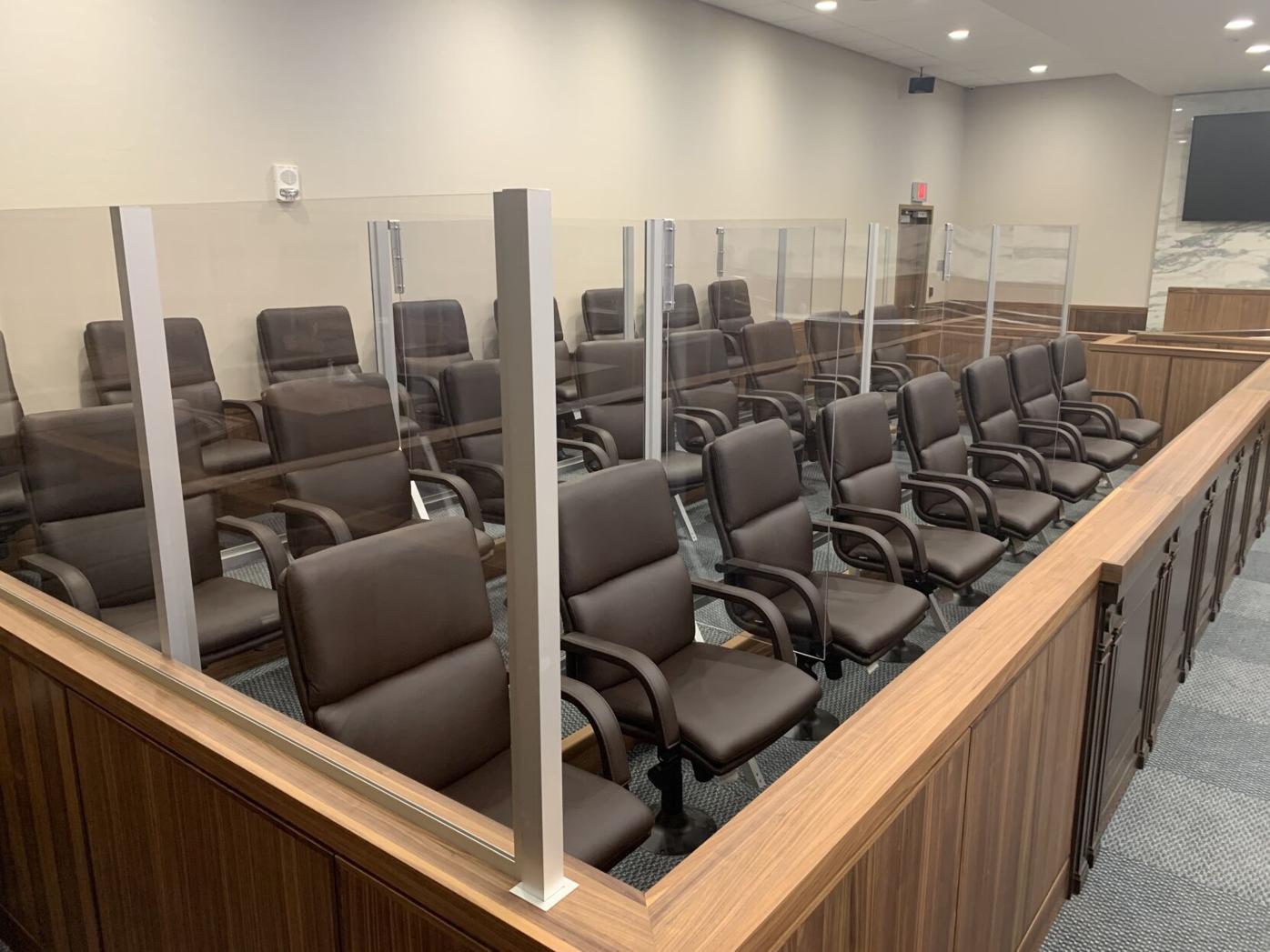 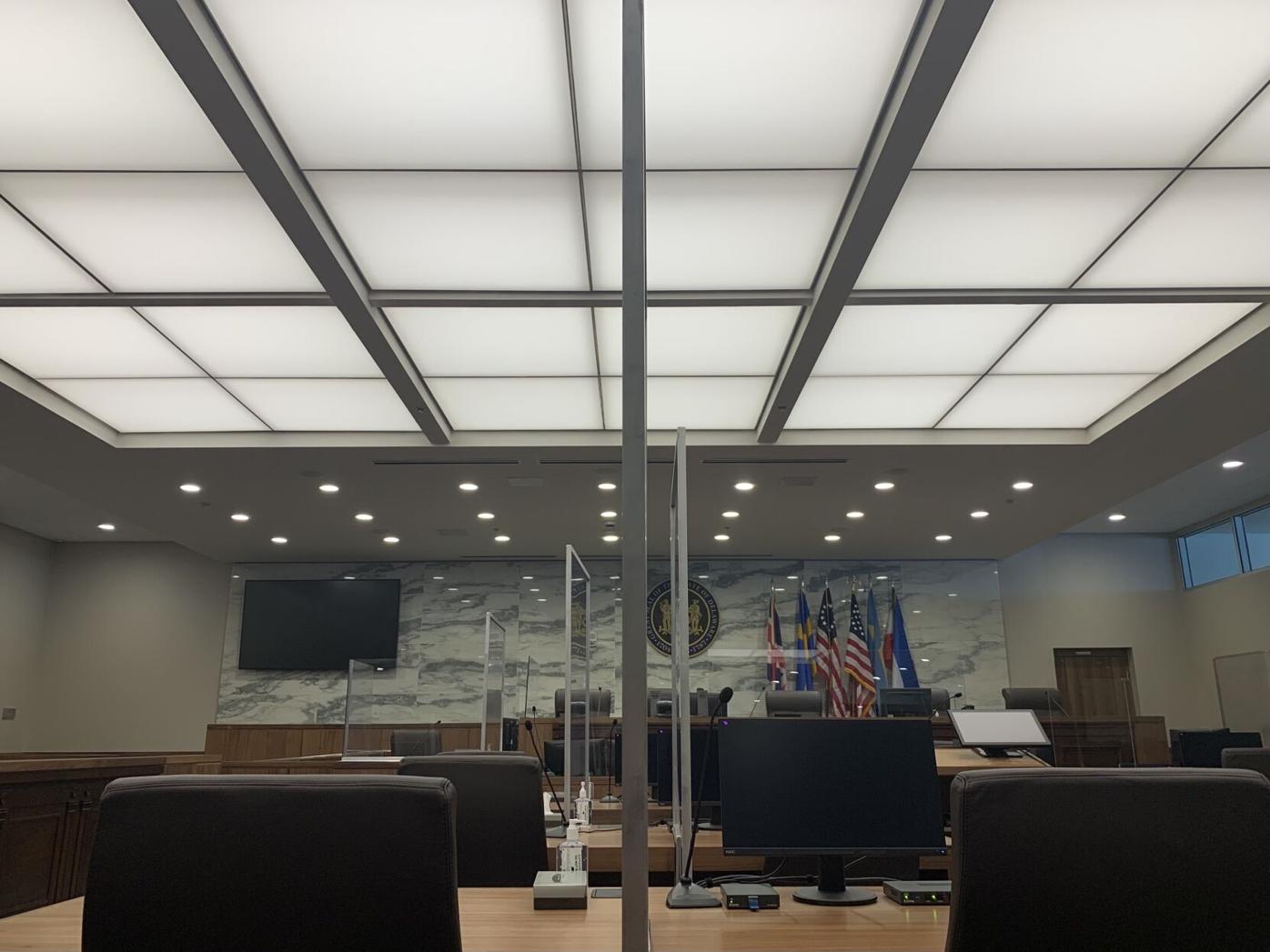 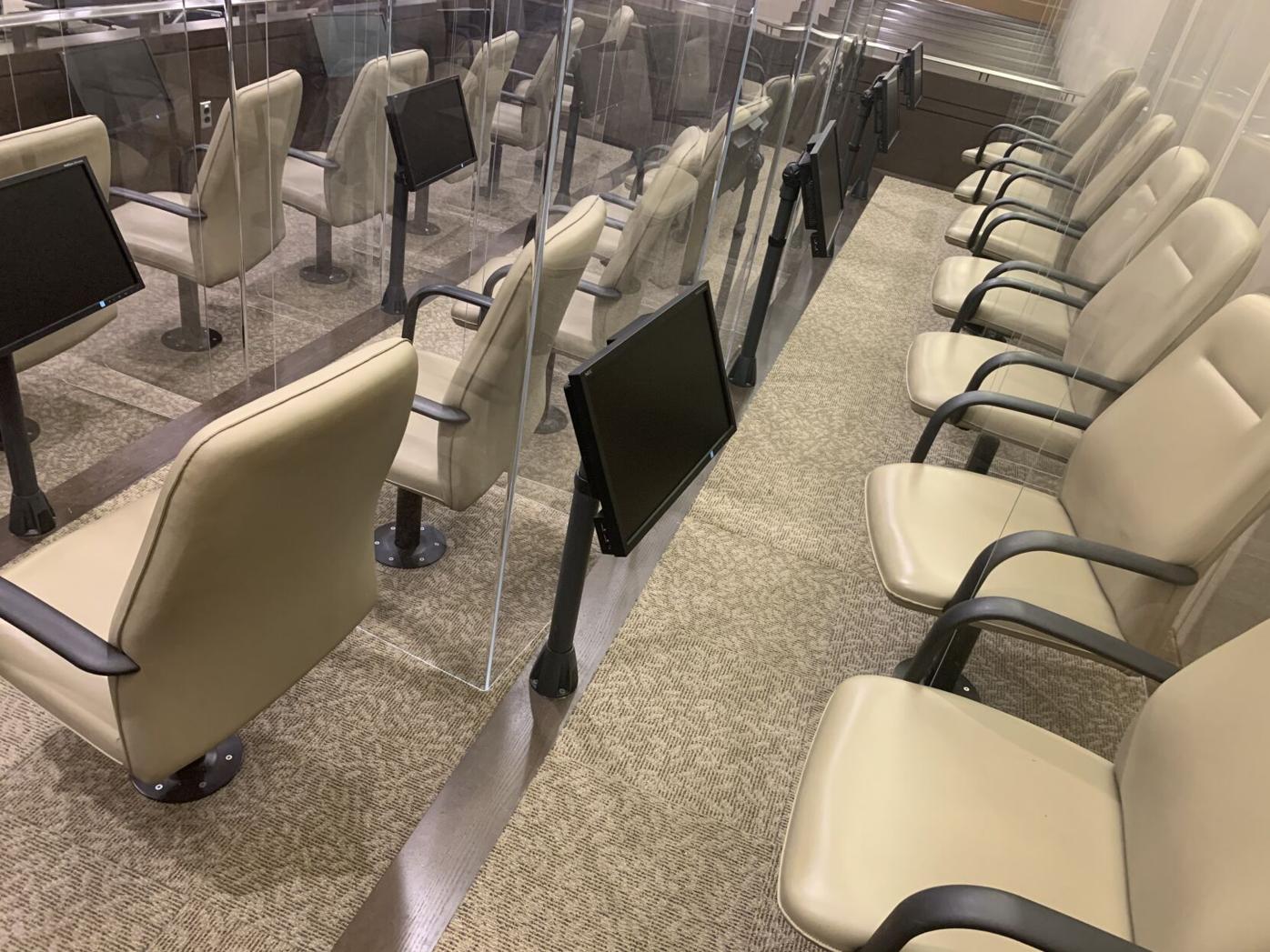 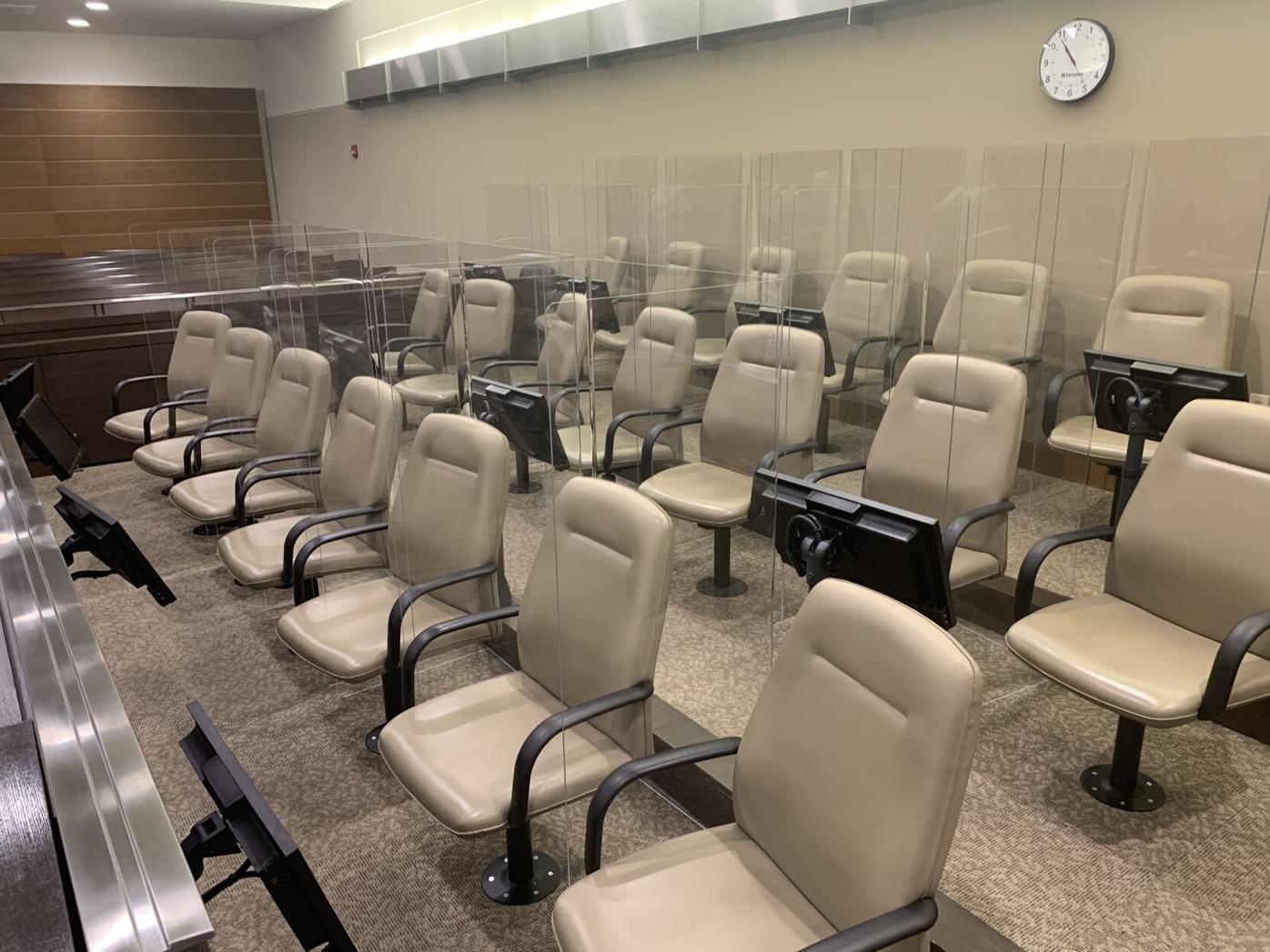 Delaware courthouses will begin to reopen across the state, with certain trial procedures set to return June 1, 2021. Many in-person portions of the judicial process, including jury selections and trials , will resume following their pause since March 2020 and brief return in October 2020, before the system rolled back their reopening from Phase III to Phase II.

On a tour of the Leonard Williams Justice Center in Wilmington, O'Sullivan detailed the variety of safety measures they'd put in place to ensure everyone's safety as activities pick back up.

During the jury selection process, potential jurors will be spaced at a distance of three feet in accordance with CDC-issued protocols. The selection process, down to the parking validation, will be contactless, and selected jurors will head to what they've labeled "jury pods" where seats are separated by plexiglass panels. Those panels appear in any instance where anyone would be addressing another member of the room, from between client and representation seating, to between the judges being addressed by attorneys.

"Our primary focus is going to be working through the backlog that has developed during the pandemic," O'Sullivan said. "The courts have been open. We've had more than 30,000 proceedings via video and zoom. These include bail appearances, preliminary hearings, stuff like that. But we were not able to have jury trials during the pandemic."

The court system has brought back at least two retired judges with possibly more to return depending on case load, which has been weighty. O'Sullivan said the Court of Chancery has been able to maintain proceedings without the development of any significant backlog, but there are 1,562 Superior Court cases that have built up--927 in New Castle County, 319 in Kent, and 316 in Sussex--with another 157 civil cases, and more than 15,000 cases delayed in the Court of Common Pleas.

"We are going to be moving slower. We're not able to summon as many jurors as we have...We used to bring in panels of over 200, it's going to be more like 140. So we'll have smaller panels, but the jury is going to be the same," O'Sullivan said. "We don't have as many courtrooms available, in part because not all of our courtrooms are outfitted like this. When our jury is going to deliberation, we're not going to use the small jury deliberation rooms. They're going to have an entire courtroom of their own so they have plenty of room to social distance and be comfortable during that, so that takes some of our courtrooms offline for use for trial...As this pandemic hopefully continues to fade, we'll be able to perhaps increase that capacity, but at least right now, we want to get started, and we want to make sure to get some of these cases have been waiting a long time to have their day in court and make sure they get them."