Delaware's Department of Justice was one of 47 agencies in 38 states that helped shut down a massive illegal robocalling operation that made 1.3 billion calls touting fraudulent charities to 67 million consumers and ultimately stole $110 million through their solicitations.

"Delawareans are honest people who expect honesty in return," said Attorney General Kathy Jennings. "I'm proud to live in a state of neighbors where we live by values of empathy and charity. ACS and other defendants shamelessly preyed on good people’s kindness and generosity and deceived millions of consumers into donating to sham causes. We’re holding them accountable with this settlement and will never tolerate this kind of conduct in our state."

Authorities said the defendants knew their companies spent little to no money raised on the charitable services they claimed to support, sometimes as little as a tenth of a percent. Instead, authorities said, they kept on average as much as 90 cents of every dollar.

You can read the full complaint here: 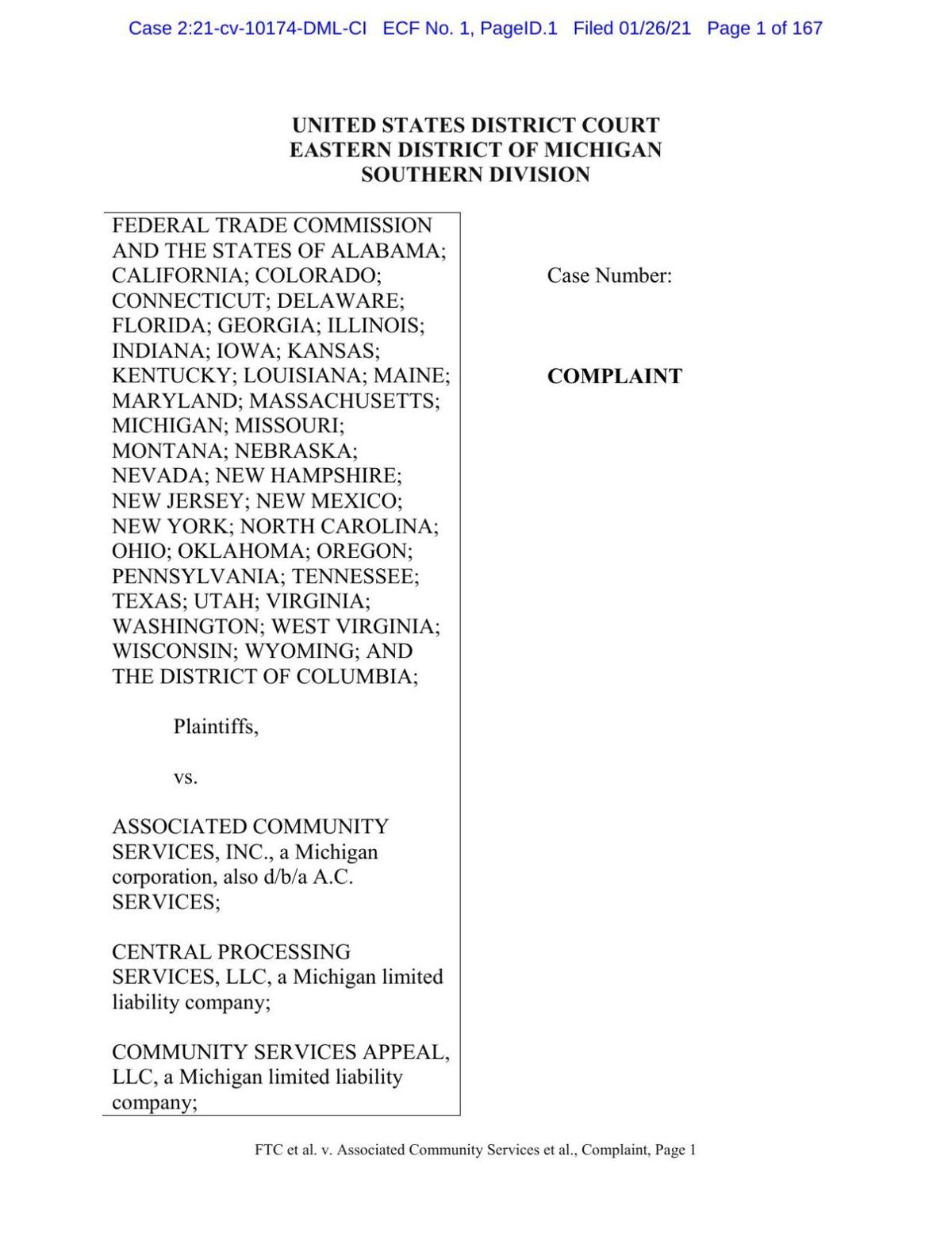 In Delaware, 181,055 robocalls were made by Directele and its affiliated from January 2019 to August 2020. But authorities say the organizations had been operating since at least 2008, and made deceptive pitches on behalf of "homeless veterans, victims of house fires, breast cancer patients, children with autism, and other causes that well-meaning Americans were enticed to support through the defendants’ high-pressure tactics," according to a release.

More than 20 prior law enforcement actions have been taken against ACS.

Each of these defendants will be permanently prohibited from conducting or consulting on any fundraising activities and from conducting telemarketing of any kind to sell goods or services. In addition, they will be prohibited from using any existing donor lists and from further violations of state charitable giving laws, as well as from making any misrepresentation about a product or service. The defendants will be also be subject to the following monetary judgments:

Community Services Appeal, Inc. and Barbara Cole are subject to a monetary judgment of $110,063,843. Barbara Cole also will be required to turn over the proceeds of the sale of a vacation home in Michigan.

Each of these defendants will be permanently prohibited from any fundraising work or consulting on behalf of any charitable organization or any nonprofit organization that claims to work on behalf of causes similar to those outlined in the complaint. They will also be prohibited from using robocalls for any form of telemarketing, using abusive calling practices, or making any misrepresentation about a product or service. In addition, the defendants will be required to clearly and conspicuously disclose when a donation they are requesting is not tax deductible.

In addition, the two corporate defendants—Directele Inc. and The Dale Corporation—will be required to cease operations and dissolve.

The defendants will also be subject to the following monetary judgments:

Scot Stepek will be subject to a monetary judgment of $110,063,843. Stepek will be required to sell a ski boat in his possession and turn over the net proceeds from the sale.

Those funds will then be paid out by motioning participating states from an escrow account to be held by the state of Florida, and go to legitimate charities similar to the causes professed to be supported by the companies.