The Delaware branches of the NAACP have combined to send a letter to U.S. Attorney General Merrick Garland, asking his office to investigate several police-involved shootings in Delaware.

Richard "Mouse" Smith, Delaware State NAACP President, said the slow reaction to the killing of Lymond Moses in Wilmington in January, along with at least three police-involved shootings in the past decade in the County after suspects allegedly drive in the general direction of officers that have not been prosecuted, led them to that point.

"We felt since we couldn't get no justice, or get no indictment, or no special jury to look at this, it was time to get the Feds to come to town and do an investigation not only on the County, but we want them to look at the major cities like Wilmington and Dover."

Smith talked about his reaction when he saw the body camera footage released by New Castle County Executive Matt Meyer in the Moses case.

"To shoot someone like that and just kill him, when they could have [stunned] him or anything they wanted to do with him, and instead shot him up, I wasn't mad, I was scared. I was scared being a Black man, I was scared that if they stopped me, they would do the same thing."

Smith said that fear comes from what he sees as a hostile attitude towards members of the Black community from some police officers.

Smith said it's time for less talk and more action on breaking up the Law Enforcement Bill of Rights in Delaware, and if Delaware's political leaders, which he said has too many former police officers involved, can't make changes, the NAACP has to go over their heads to the U.S. Attorney General.

Ultimately, Smith was asked what he's looking for from police officers going forward.

"Fairness. Not the White masters taking over the police department. Not a cop coming with an attitude about Blacks coming with a chip on their shoulder. Not looking at us like 3rd class citizens with 3/4 of the Constitution. We are whole. Treat us the same way they would treat Forty Acres, Hockessin, Westover Hills, and places like that."

Besides Lymond Moses, the NAACP's letter addressed the following other police-involved killings where suspects allegedly were driving towards police. 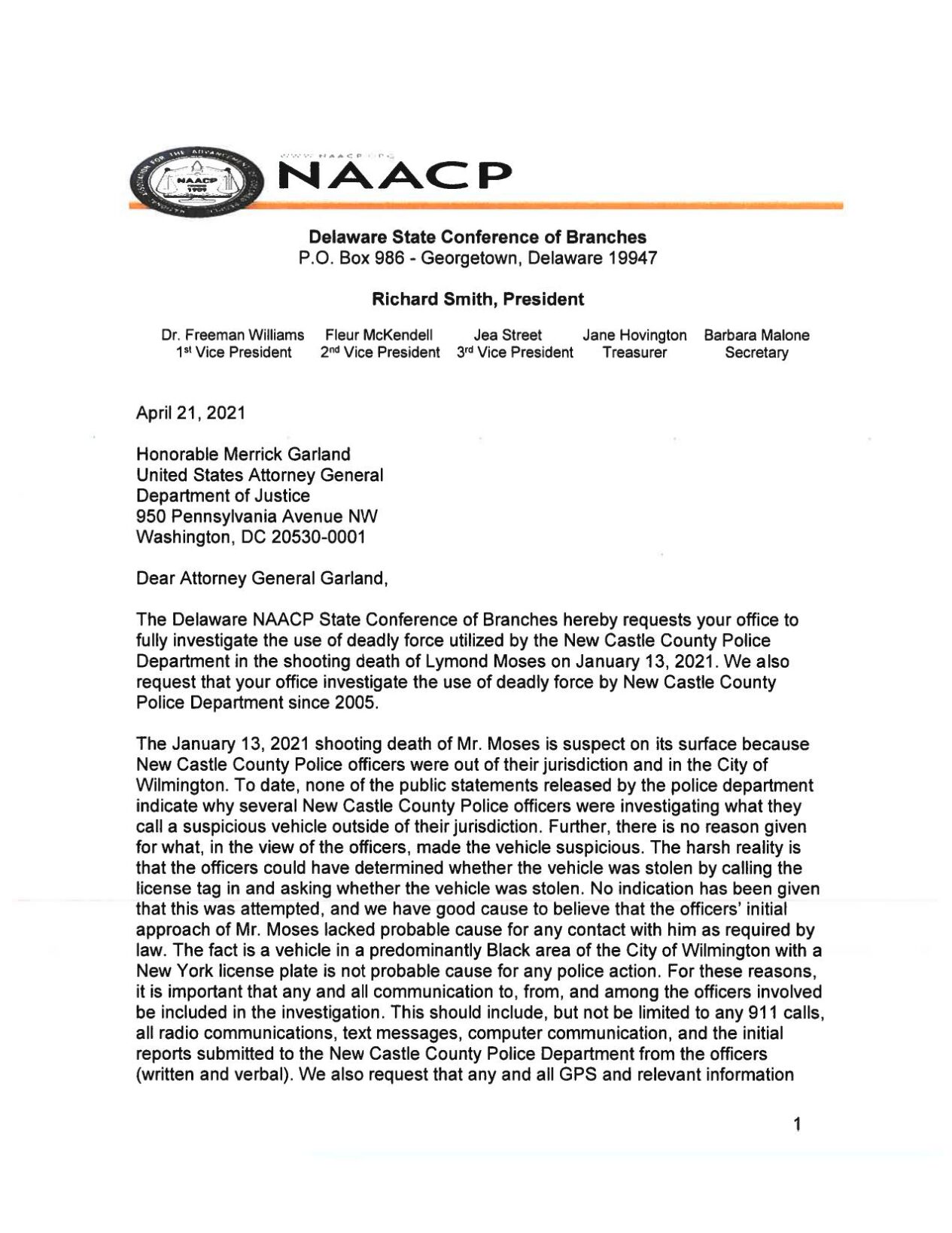 "The city of Wilmington, and New Castle County, are unsafe for Black people," said NAACP Del…