Governor John Carney has activated the Delaware National Guard to assist federal and local authorities with the possibility of protests tied to Inauguration Day.

Friday, temporary chain link fencing was erected round Legislative Hall in Dover after the FBI warned all 50 states about possible protests and violence in the days leading up to Inauguration Day when President-elect Joe Biden and Vice President-elect Kamala Harris will be sworn in.

"The intelligence and the information that we have on-hand tells us that we should be prepared for anything, and as we saw last week, anything can happen," said Christisansen.

WDEL is not aware of any weekend protests though starting Sunday Capitol Police will restrict traffic around Legislative Hall. A protest is scheduled for outside Legislative Hall on Wednesday, January 20, Inauguration Day; however, the building will be largely empty since lawmakers are meeting virtually.

Delaware has also deployed members of the National Guard to Washington, D.C. in advance of Inauguration Day. The order that deploys troops locally expires January 22, 2021. 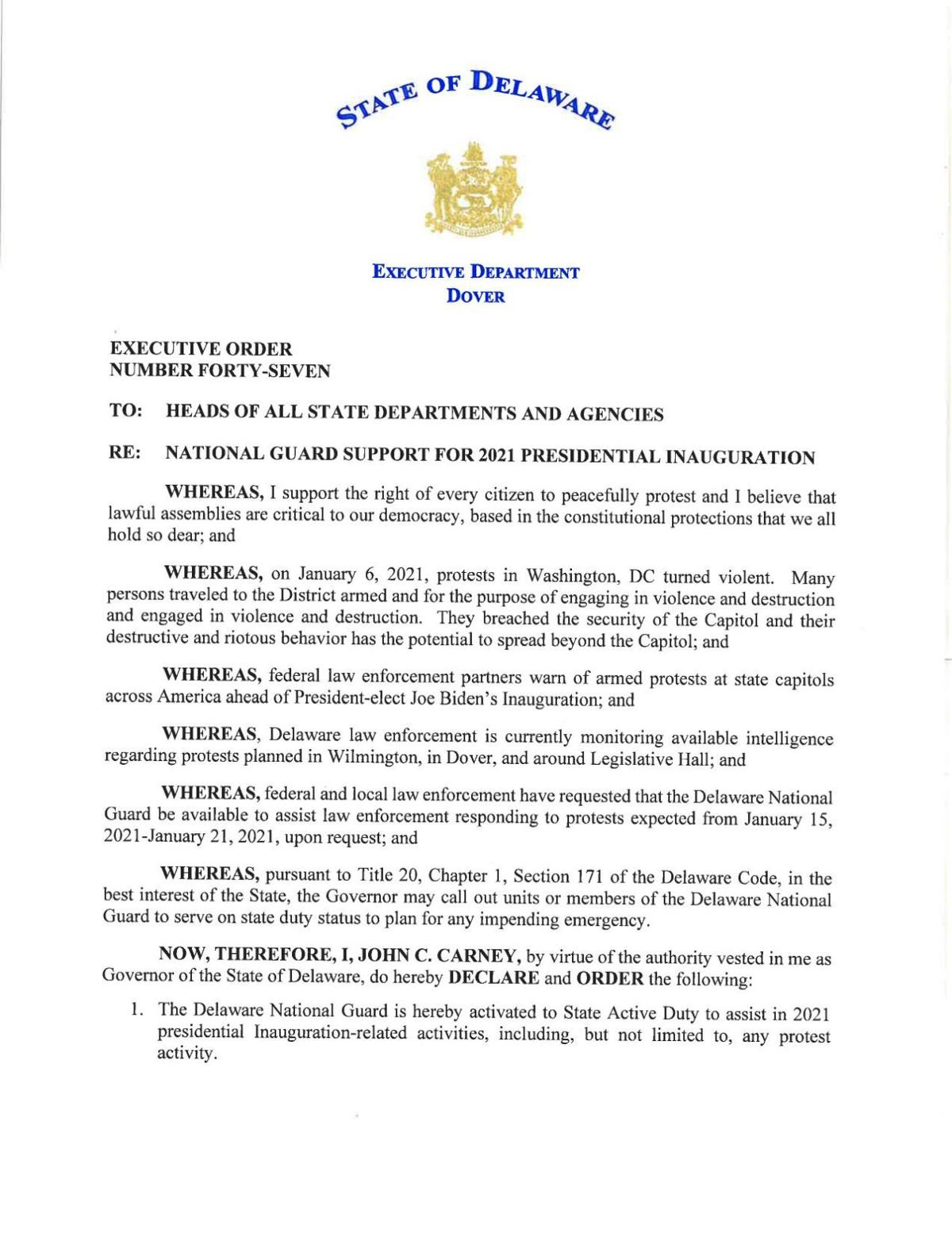 In the wake of last Wednesday's events at the D.C. Capitol where the building was breached, …

Demonstrations in state capitols across the United States were muted this weekend after warnings of armed protests, but officials have indicat…