"The lawsuit Delaware filed today in state court is all about the deception, accountability, and greed of the defendants," Attorney General Kathy Jennings announced Thursday. "It's about who will pay for the mounting financial environmental and public health costs of the climate crisis."

Jennings said Thursday Delaware has filed suit against 31 fossil fuel-related companies and organizations, including Exxon, BP, Chevron, Citgo, and the American Petroleum Institute. She said its not about ending climate change, but finding a way for Delaware to survive through it by gathering resources from the people she said caused it.

"This is an old-fashioned lawsuit in that the courts in Delaware are ideally suited to handle it, which means that we are seeking money damages for harm done to our state presently, and for harm that will befall us, unfortunately, in the future."

The complaint, some 200 pages in length, asserts Big Oil knew its practices and products would have severe--"catastrophic, their words, not mine"--consequences, Jennings said, but companies deceived the public for decades, which has led to compounded climate change effects which are already having significant impact.

"The consequences of climate change are already costing astronomical sums in Delaware, and threaten to cost billions more," Jennings said. "We are suing to hold Big Oil accountable and to make them pay for the damage done to our state."

Delaware in particular, the lowest-lying state on average, is already facing issues with climate change, and its going to have a staggering effect on resources, DNREC Secretary Shawn Garvin said.

"Delaware and our residents are suffering from sea level rise, to increased temperatures, heavy precipitation, and flooding due to climate change," he said. "[It's] adversely impacting our public health, our environment, and our economy. The science is clear that these climate impacts are directly attributable to products produced by fossil fuel companies."

Seven feet of sea level rise would spell disaster for a large portion of the First State.

"Between now and 2050, we anticipate another one to two feet and sea level rise, and by 2100, if we continue on the same course, we'll see up to another five feet of sea level rise," Garvin said. "Our job at DNREC is to protect the citizens of the state of Delaware. And I think one of the things that this lawsuit does is start holding those who knew accountable for their contribution to what is happening here in Delaware."

You can read the entire complaint filed here: 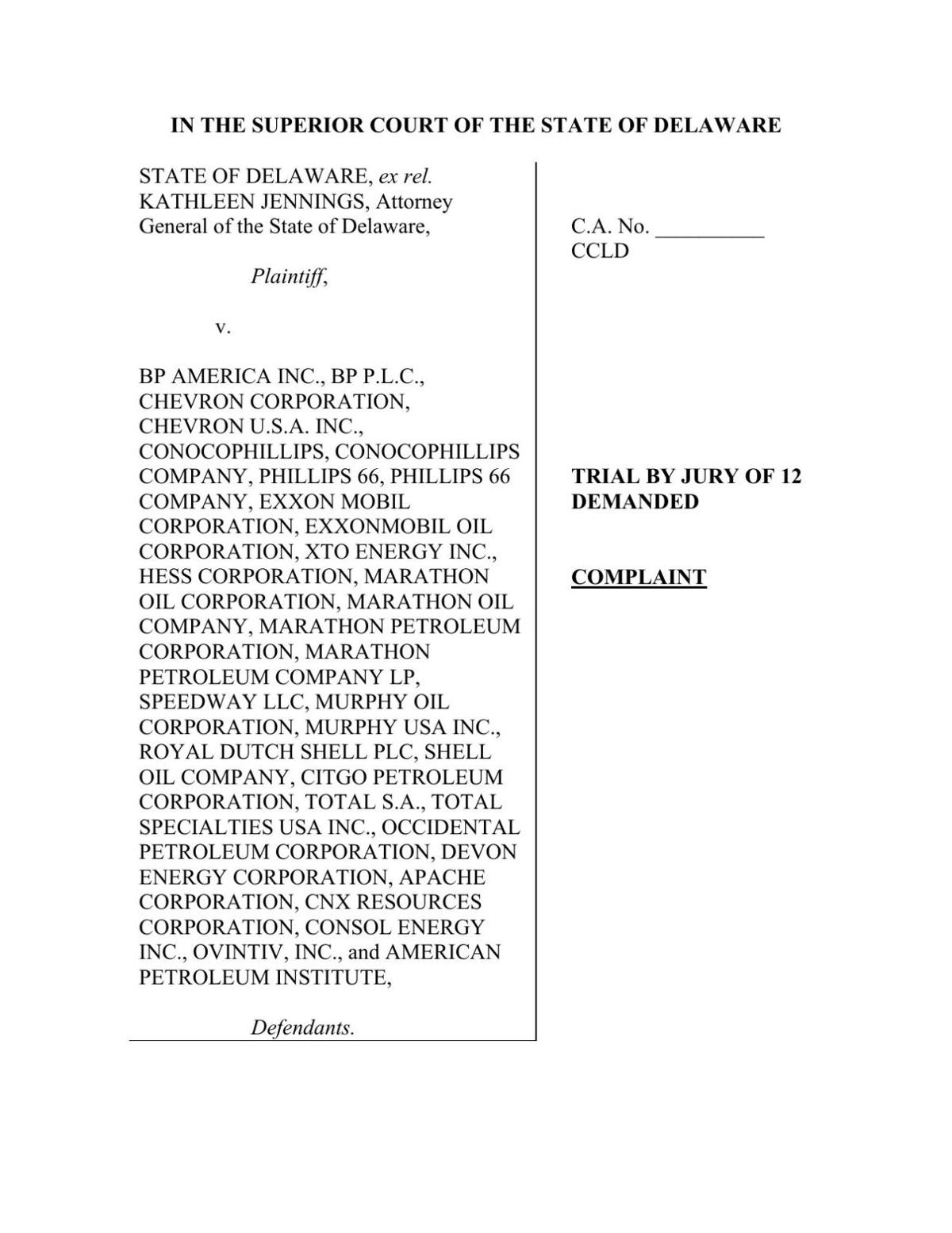 University of Delaware professor, who has controversial views on climate change, tapped for top NOAA position