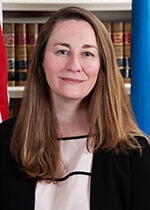 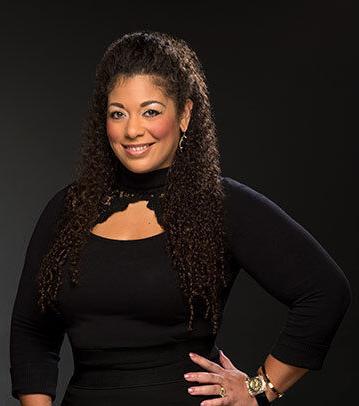 Delaware's esteemed Chancery Court is poised to be led by a woman for the first time in the court's history.

Prior to joining Chancery Court as vice chancellor in 2018, McCormick was a partner at Young Conaway Stargatt & Taylor in Wilmington where her practice focused on commercial, corporate, and alternative entity litigation in the Court of Chancery.

If confirmed by the state Senate, she'd take over for Chancellor Andre Bouchard who announced in December of 2020 that he'd be retiring this month.

Lori W. Will will be nominated as Vice Chancellor in the Delaware Court of Chancery, to replace McCormick. Will is a partner in the Wilmington office of Wilson Sonsini Goodrich & Rosati, where her practice focuses on corporate, commercial, and federal securities litigation.

Carney also plans to nominate Reneta Green-Streett for a judgeship in Kent County. If confirmed, she'd be the first Black woman to serve as a Superior Court judge in Kent County and the fourth Black woman to be nominated to the bench by Carney in less than three years.

Green-Streett is currently a partner at Morris James, where she manages the firm's Dover office. Her practice focuses on representing plaintiffs in personal injury and workers' compensation cases.

Other judgeship nominations include:

Judge Jeffrey Clark will be nominated as Resident Judge of Superior Court in Kent County and would replace Judge William Witham, who is retiring. Clark was nominated to serve on the Superior Court and confirmed by the Delaware Senate in 2015. Previously, Clark was a Partner at Schmittinger & Rodriguez in Dover.

Commissioner Katharine Mayer will be nominated as Judge on the Court of Common Pleas. Since 2016, Mayer has served as a Superior Court Commissioner.

Justice of the Peace Court Magistrate Emily Ferrell will be nominated to serve as Commissioner on the Court of Common Pleas. Ferrell has served since 2015 as a Justice of the Peace, presiding over both criminal and civil matters.

Delaware Court of Chancery chancellor to retire next year

The leader of Delaware's Court of Chancery is retiring in the New Year.

There will be a woman leading Delaware's Chancery Court for the first time in its history.