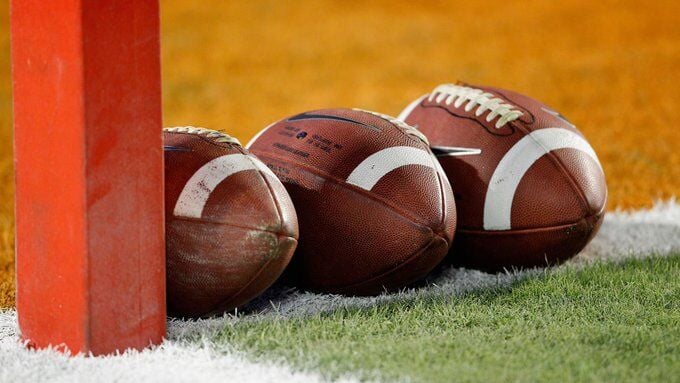 The ruling came after the same board voted to shuffle football, field hockey, boys soccer, volleyball, and cross country into March and April.

The DIAA plan must be approved by the State Board of Education on September 17.

The reversal comes after a month that saw Gov. John Carney and the Division of Public Health issue guidance for play in football, a sport that has 23% of the fall athletes, and is the biggest revenue producer for the DIAA.

Board member Ted Laws said that information was a game-changer to him, and overdue, as his no became a yes this time.

"We now have more information that we got from DPH and the Governor's Office. If we would have had this same information back in August along with the DIFCA proposal, we probably wouldn't have had the late start, but the condensed fall season that we're looking at now."

Middletown Principal Matt Donovan was another of the DIAA Board members who flipped his vote this time.

"I'm listening, and I want to put kids out there as well. I'll have to answer the question about how do we do this and not that, but we have to return to normalcy at some point."

September 28 was picked by the board, going a week earlier than the suggestion of the state's superintendents and heads of school.

Competitions would be allowed beginning on October 19 (23 for football), and there will be DIAA state championships that will take place in November and December. Football's tournaments would likely be reduced to four teams per division for 2020, with a seven-game regular season. Other fall sports well be allowed up to 12-game regular seasons.

Winter sports would begin on November 30, with spring sports originating on March 1. That would allow a full spring season, after they lost their entire 2020 campaign as the pandemic began.

Mask use would be mandated in all medium and high risk sports, including football, basketball, baseball, softball, lacrosse, and wrestling. A similar rule was instituted by Michigan later Thursday.

Individual sports would be allowed to ask for a waiver from the mask use rule, but they would also have to submit rules modifications that would eliminate contact.

"I'm confident in our health care team, I'm confident in what we've set up here that we can do this safely. Directly to the concern about what are we doing to do when someone gets sick or a student-athlete dies? I completely understand that concern, but I want to caution and say that that happens every year with every viral illness that spreads throughout our schools, not just flu but everything else."

The dates were approved by a 14-2-1 vote, with Smyrna School Board member Vetra Evans-Gunter and ECHS Principal Evelyn Edney voting against the plan.

Edney told WDEL she had concerns about the plan.

Edney said an issue for ECHS is the grand scope of their student body.

Edney said she doesn't expect to be the only school struggling to find answers before September 28.

"I worry about the equity factor with schools, maybe not just my little tiny school, but I know there are a lot of little, tiny schools in Delaware that may not be able to compete with schools who are remote right now. Their superintendents may not allow for them to participate because they are looking at it how I am looking at in the sense of 'if we're not going to be physically in school, why are we doing to do sports?"

One of the major issues is school buses, where Delaware regulations currently only allow 23 students onto a school bus at the same time.

DIAA Executive Director Donna Polk said she had heard from three unspecified schools who were looking to skip playing fall sports if they were moved.

The DIAA Board discussed that if a school chose to not play, they would still have to pay their DIAA dues in order to remain a member.

There was also no discussion on spectators, although Delaware currently has a 250-person outdoor gathering limit, and an indoor restriction that is 250 people or 1 person per 6 square feet, whichever is lower.

Schools must submit plans for their gyms to be available for volleyball, multiple schools have complained that the Division of Public Health has requested additional information before approving.

DIAA Survey: Delaware's school leaders lean towards return to fall sports, but it's not unanimous