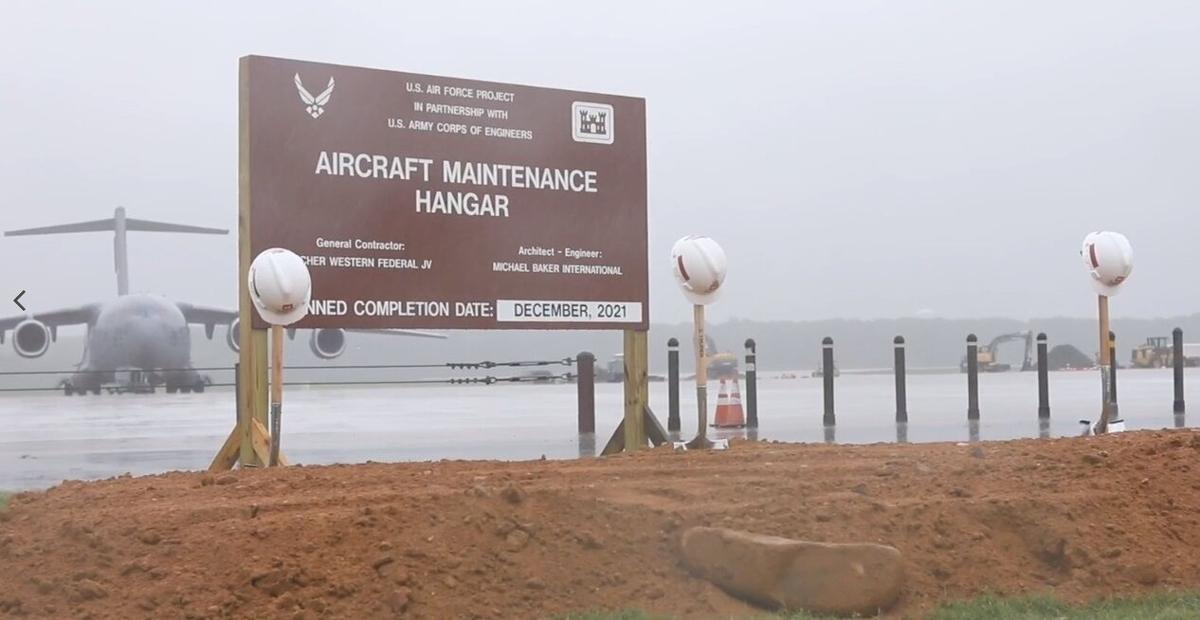 The current maintenance hangar at the Dover Air Force Base, with a plane too long to be completely covered

The current maintenance hangar at the Dover Air Force Base, with a plane too long to be completely covered

It was only fitting that a rainfall began as U.S. Senator Chris Coons began his remarks at the groundbreaking of a $41.2 million maintenance hangar at Dover Air Force Base.

Scheduled for completion in December 2021, the hangar will be able to hold the Air Force's largest planes, including the C-5M Super Galaxy, and the C-17A Globemaster III, both of which make stops in Dover.

Dover's current hangar isn't long enough to handle all 174 feet of the C-17s.

"The tails of the largest air craft in the entire inventory... have been out in the rain, the wind, the snow, and the cold. The men and women who service this great machines have been cut in their productivity because of a closed-in hangar."

Coons referenced a police and military term about having their backs, that he said fits the fact the back of the planes will soon be dry while being worked on, even in Friday's rainy conditions.

"It's that tail that sits at the 6 o-clock position, so to Col. Jones and the men and women at the Dover Air Force Base... we've got your six."