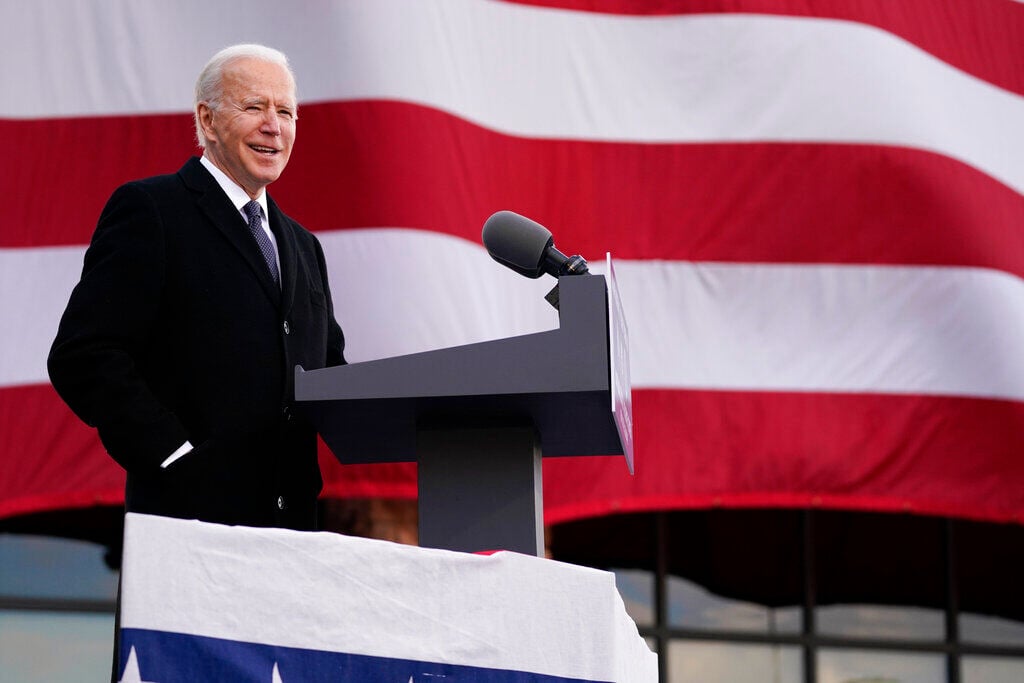 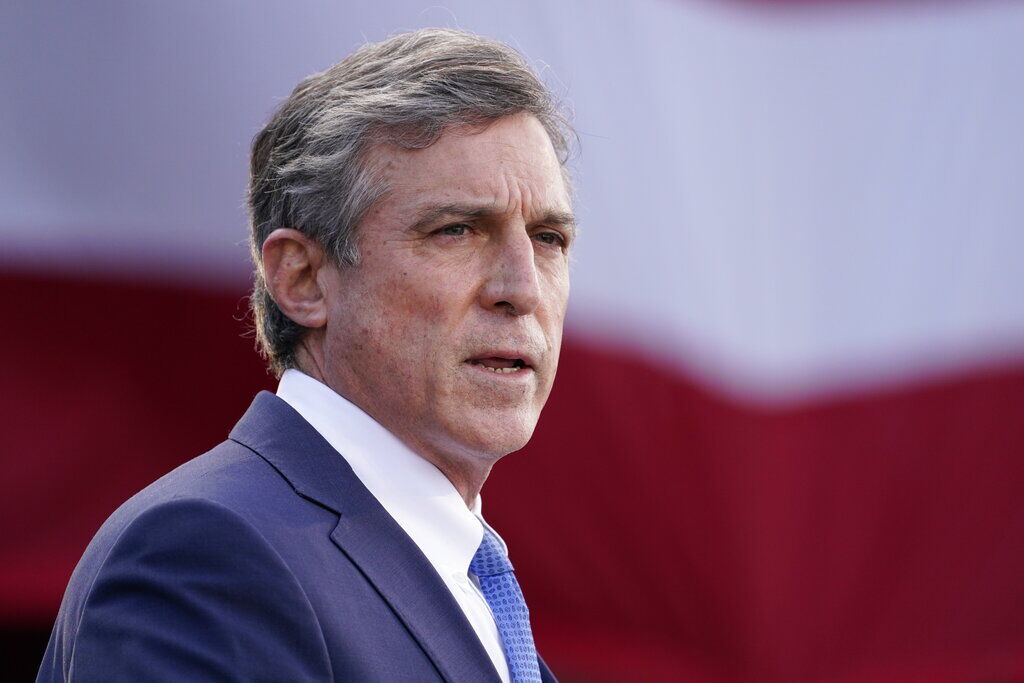 President-elect Joe Biden thanked Delaware and its people for supporting his political journey “through the good times and the bad" at a send-off event Tuesday.

"Look, this is kind of emotional," Biden said, speaking at the Delaware National Guard headquarters in New Castle County, named for his late son, Beau Biden, before departing to Washington, DC, where he will be sworn in as president tomorrow. "Through the good times and the bad, I want to thank you for everything, to my fellow Delawareans on behalf of the entire Biden family that's here today, we want to express how much you mean to each and every one of us."

Biden also praised the state for the opportunities it has given him and his family.

"The state that gave my mother and father a home and livelihood when they needed it most. The state that made my brother and sister and I, both of whom are here, understand we can do whatever we dreamed of, whatever that was," he said.

He was introduced to the stage by Gov. John Carney.

Biden is expected to arrive at Joint Base Andrews at around 3:30 p.m.

He will then participate in a memorial honoring the nearly 400,000 Americans who have died from COVID-19, with 400 lights illuminating the Lincoln Memorial Reflecting Pool.

Hundreds of towns, cities and communities across the country plan to join in the solemn tribute with lighting ceremonies of their own at buildings from the Empire State Building in New York to the Space Needle in Seattle, Washington.

Biden will be joined by his wife Jill Biden, Vice President-elect Kamala Harris and her husband Doug Emhoff. Cardinal Wilton Gregory, the archbishop of Washington, will deliver the invocation and gospel singer Yolanda Adams will perform "Hallelujah."

Biden had hoped to infuse his arrival in Washington, DC, with a nostalgic twist by riding the rails from his home in Delaware, but that was deemed too much of a security risk at a time when the nation is facing threats from within.