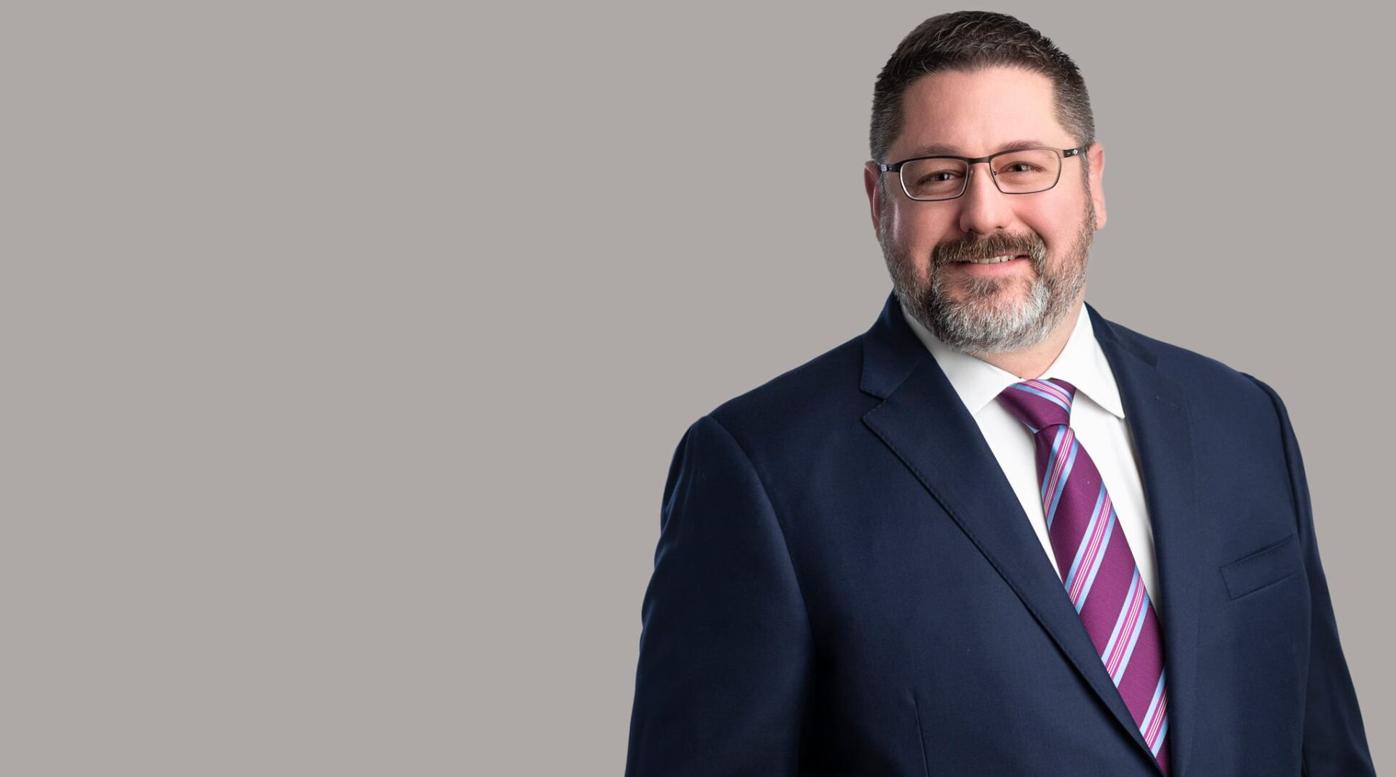 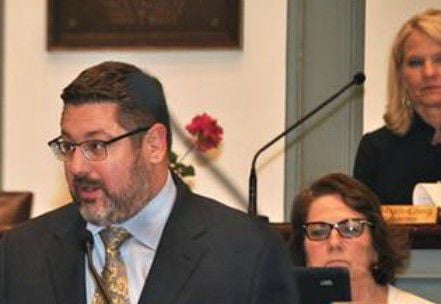 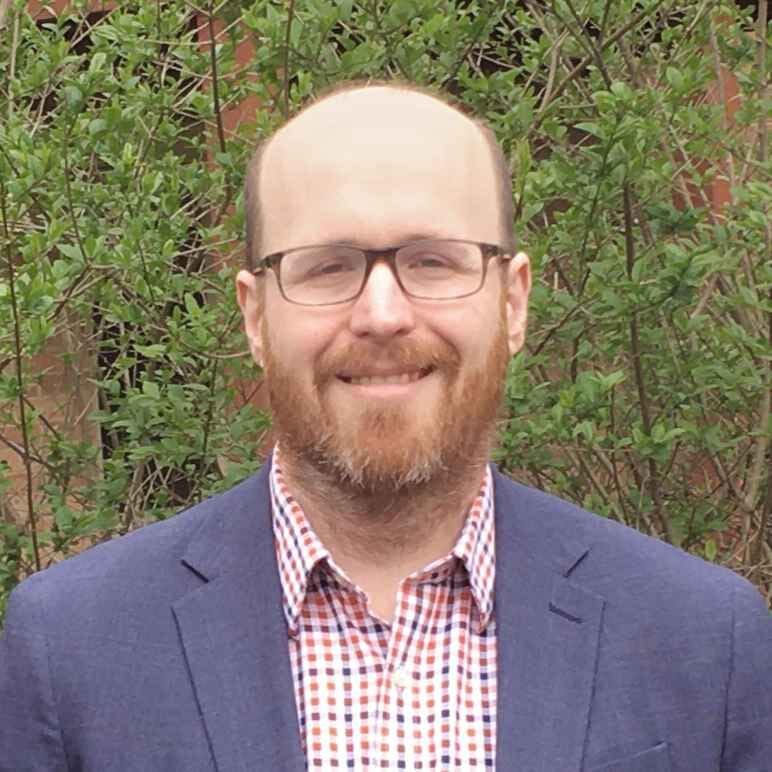 Mike Brickner, Executive Dir. of the ACLU of Delaware

"From a legal perspective, it's pretty clear that discriminating on the basis of gender identity in any educational programs and activities is a form of sex discrimination, and it's prohibited under both federal and Delaware state law," said Mark Purpura, President of Equality Delaware. "That includes extracurricular activities, such as school athletics."

Purpura is one of two prominent Wilmington attorneys who announced recently they would be seeking a position on the Delaware Interscholastic Athletic Association Transgender Policy Sub-Committee. The pair have very different views on the addition of transgender athletes on teams traditionally made up of cisgender--or identifying as the gender with which they were biologically born--athletes.

Purpura takes an approach of inclusivity, and said that's how all existing laws currently lay out what should occur.

"In terms of the interpretation of Title IX, and Delaware's own non-discrimination regulation in education, not permitting a student to participate on a sports team in accordance with their gender identity would be illegal," he said. "It would be prohibited by law."

That's very different from the approach of Tom Neuberger, who previously spoke with WDEL about his attempts to join the subcommittee and who joined WDEL's The Rick Jensen Show this week to discuss his belief that transgender athletes, and particularly biologically born males transitioning to females, should not be permitted to join female sports teams.

"Here in Delaware--and I've only been following it Delaware--I think it's inadvertent. Red Clay [School District] this week, adopted 4-3 some policies on transgender students in the school, but they also threw in there that, yes, you can compete in sports on the team you want," Neuberger said. "There's no testing for transgender. It's just if you consistently identify yourself as being transgender, you fall in the category, as I read their regulation. They don't even tell your parents about it. So that means, on the swim team, if there's only slots for 24 persons, and you're going to make the swim team, well, then the 25th person who's been practicing doesn't make the team. If you're on the relay team, you're bumping somebody off of the four-person relay team. No screening testosterone in Red Clay. The DIAA has got to deal with this issue."

Involved with students' rights movements since the 1970s, and having previously worked to establish the groundwork for girls teams in Delaware, Neuberger said he's on "the side of protecting women," and doesn't want to see their accomplishments diluted or overshadowed by a genetically superior athlete transitioning from male to female.

"In September, there was a massive report issued out of Washington D.C. from the Women's Law Center, documenting that this would be lawless, that the science doesn't support the introduction of transgender females into women's sports, and that this has to stop," Neuberger said. "An average male swimmer during the COVID lockdown decided to become a female swimmer--and I think the science there is that it lowers your performance 5%, something like that--you still have larger lungs, you still have a larger heart, you don't lose 90% of your muscle strength. You've still got the strength and the size and everything else like that."

To Neuberger's point about cisgender females missing spots on a team because of the inclusion of transgender athletes, Purpura said there's already been studies conducted that refute--studies with which Delaware officials were involved.

"Earlier this fall, the Attorneys General from 20 states, including Delaware, filed an amicus brief with a lawsuit involving the transgender school athletics policy of Connecticut's equivalent to DIAA, the Connecticut interscholastic Athletic Conference," Purpura said. "In that brief, the Attorneys General from those states concluded that based on their actual experiences in those states over many years, allowing transgender students to participate on sports teams aligned with their gender identity was beneficial, and also that it didn't result in any fewer athletic opportunities for cisgender students."

And to Neuberger's latter point, that transgender students somehow have an edge or advantage because of the gender from which they're transitioning, is a flawed and discriminatory one, an opinion formed on his interpretation of the law, he said.

"The problem with that kind of analysis is twofold. One, the predicate to that is that 'transgender females are not really female, and that transgender males are not really male.' And so, at that point, you're gender-stereotyping what a female or male is supposed to be like, in terms of their body build and other aspects," Purpura said. "That is a form of sex discrimination that's prohibited under both federal and Delaware laws. Courts have routinely said that discriminating against an individual because they don't conform to gender stereotypes is a form of discrimination based on sex...and, let's remember that transgender athletes are allowed to be good, right? They're allowed to be good, just like any other athlete is allowed to be good."

Less lawfully, but more interpersonally, the idea that women and girls in sports need to be protected from transgender opponents is both an insulting and diminishing one, according to Mike Brickner, Executive Director of ACLU Delaware.

"This idea that we have to prevent transgender students from playing in girls sports also comes from, I think, a very sexist notion that young women have to be protected in some way. Cisgender and transgender women play in sports all the time, and they compete with one another and do very well and there are many cisgender women who perform much better than transgender women, and vice versa," Brickner said. "This idea that transgender girls would have some sort of automatic advantage over cisgender girls, I think, is kind of sexist in that, we're saying that cisgender girls are these weak flowers that can't compete in sports, when many of them are extremely competitive...transgender people are just the same as cisgender people. There are a whole lot of people who are cisgender who are no good at sports. And there are a whole lot of transgender people who are also no good at sports."

The take also dismisses the humanity of the subject, Brickner said. Transgender students who choose to transition during their formative high school years typically face significant hurdles in their personal lives, from issues at home to issues presented by their peers.

"A third of transgender girls said they either had to leave school, or were kicked out of school, because of their transgender status. And if you look at the lives of people who are transgender, they have extremely high levels of depression and suicide," Brickner said. "Bad health outcomes, because oftentimes it's hard for them to get gender-affirming or gender-sensitive care from healthcare officials. They might have parents who are non-supportive. They may be facing all sorts of discrimination at school and at home. This idea that, because they are transgender, they have some sort of genetic advantage over cisgender girls also then fails to recognize all of the disadvantages that they likely have in their lives."

Finally, athletes that continue to find success through higher levels of competition are much more than just their gender, Brickner said, and it was more likely than not that anyone sitting at home on the couch, whatever their gender, was going to fail against a pro on any field of play, because that's not what makes someone a successful competitor.

"A world-class athlete takes a lot more than just genetics. In our advocacy for transgender students to participate in sports, we've done a lot of work with experts who are in sports science--folks at the NCAA and many professional sports leagues--who say genetics is such a small makeup of what goes into who the best sprinter, the best swimmer, or the best football player is," Brickner said. "It really comes down to all of these other attributes, such as the person's training, their demeanor, their mental prowess, all of these things that come into it...for the one or two, or the handful, of transgender athletes who have excelled, there are also a whole lot of transgender athletes who are not world-class athletes, and no amount of their genetics is necessarily going to change that."

Instead, both Purpura and Brickner said the priority for schools should not be limiting any students' access to programs so integral to their development and full, included, accepted human beings among their peers, but instead finding ways to bring them into the fold without limitations, as all the evidence suggests it is an overall positive experience for all involved.

"What is the purpose of interscholastic athletics as a student? Certainly it's, to some extent, competition, but it also has an educational framework to it," Purpura said. "I think that if we want to promote ideals like teamwork and sportsmanship and ethical behavior, which is one of the purposes of the DIAA, then we need to lead by example and ensure that the rules that are governing student participation in athletics is intentionally inclusive, rather than intentionally exclusive."

So while Neuberger wants to ensure sports remain separate for the intent of sheltering girls and women from what appear to him to be interlopers...

"There is an agenda here, and what I'm saying is somebody has to advocate for traditional women's sports. Somebody has to advocate for the daughters and granddaughters of our legislators in the General Assembly," Neuberger told Jensen. "Are they going to allow this to continue? Because once this takes root, or once the General Assembly passes the law that's in front of it right now, House Bill 199, that they want to make it a fundamental right--gender identity--and put it in the Delaware Constitution, right there with free speech, freedom of religion, and everything. Once that's done, then the lawsuits will be filed which say, 'You're discriminating against this fundamental right.'"

...Purpura wants to join the DIAA subcommittee to ensure access for all students to the sports teams made up of the gender with which they identify.

"I understand what it's like to play sports as a kid, and how useful and helpful it can be to develop you into an adult. But I do think it's a good thing that the DIAA is revisiting their policy, especially in light of the legal developments that have happened since they implemented the initial policy," Purpura said. "So I think it's the responsible action for them to revisit this issue [and] it's important when you're developing any policy to get different perspectives on it."