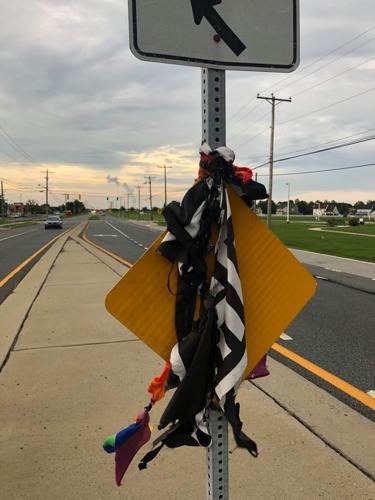 Flags found burned and tied to a road sign 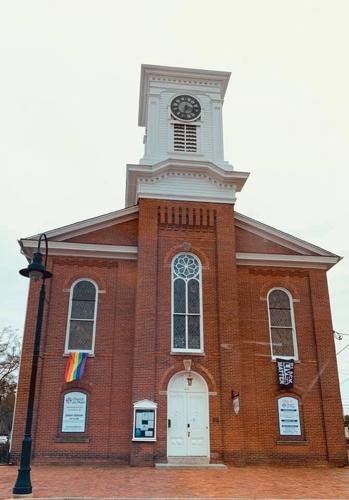 Banners on display prior to being vandalized

Flags found burned and tied to a road sign

Banners on display prior to being vandalized

Middletown Police are investigating a case of vandalism at Church on Main that occurred last week.

Church officials say two flags, one supporting Black Lives Matter and the other an LGBTQ+ Pride flag, were torn down off the church around 1:30 a.m. on Wednesday, August 12, 2020 as shown on a video surveillance camera.

The flags were later found burned and the remnants tied around a road sign on Route 299 more than a mile away from the church's West Main Street location.

Interim Pastor Reverend Dr. Anne Ledbetter said the Pride flag went up in June, 2019 and it's not the first time it's been yanked down.

"This is at least the fourth, if not the fifth time that was torn down."

Ledbetter notes the BLM flag was up well before the civil unrest that swept the nation following the death of George Floyd.

"Our flag was up in January before all of the situations that have given rise to recent protests."

And she said it wasn't easy to get to the banners.

"The brick is inset in the front on the ground floor and I think they were kind of climbing on that and they pulled down a sign that was in that inset on the first floor."

"When we first put up these flags, we knew we would likely receive backlash because racism and queer antagonism are pervasive in our society," wrote pastoral intern Brent O'Neill on the church's Facebook page.

"They are wrapped up in one another, as we can now see quite literally."

Ledbetter said they would not be deterred in their support.

"When our first rainbow flag was torn down I think it had been up about a month, maybe six weeks, last summer," said Ledbetter. "Friends and strangers sent us about five flags saying 'here, put up another one.'

"Yes, we will be putting the flags back up."