TROPICAL STORM WARNING - Click here for the latest
1 of 2 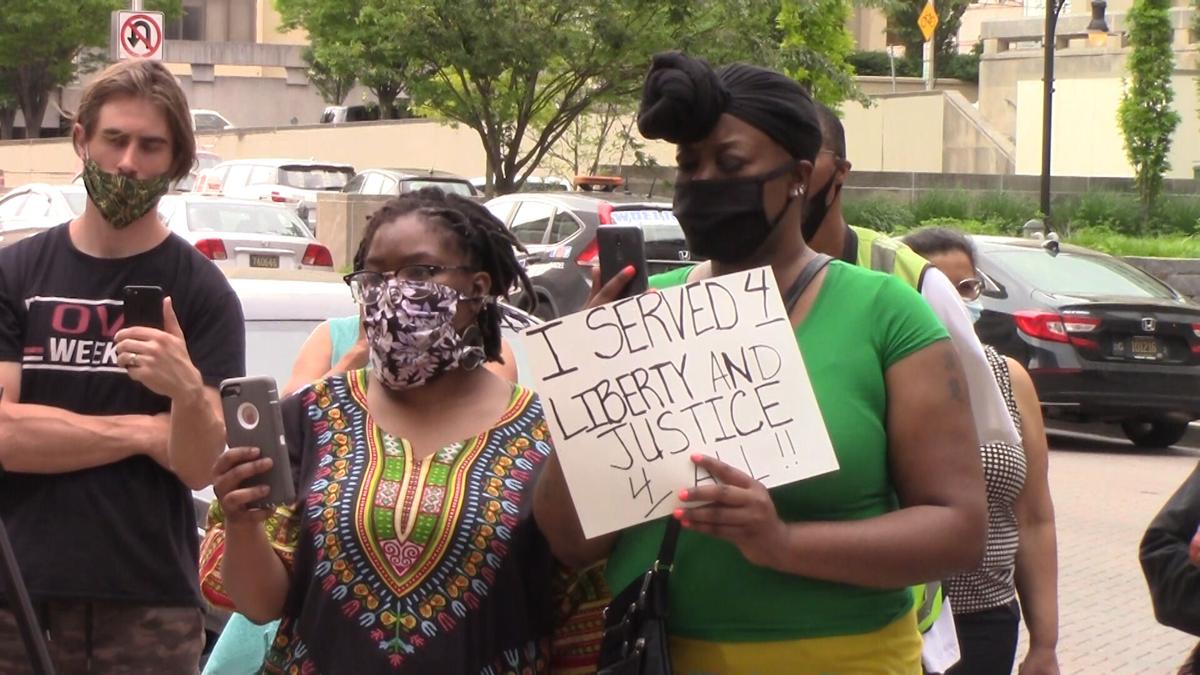 The local leader of the Black Lives Matter movement held a news conference on Wednesday, June 3, 2020 in front of the City/County building as a follow-up to Saturday's daylight march across Wilmington which eventually stopped traffic on I-95.

Mahkieb Booker had a message for just about everyone ranging from the city's youth to the governor. He took a conciliatory tone to start the news conference.

"Because of what happened Saturday with Black Lives Matter, and me being the founder of the chapter here in Wilmington, I feel as though there's some things I should clean up that I may have messed up," he said. "I just want to apologize for the youth--even though I don't speak for them--because I know what's in their heart. They have some things in their heart they can't express."

Paraphrasing Martin Luther King, Junior, Booker said "a riot is the voice of the unheard."

Booker then moved to the topic of racism.

"So instead of going at individuals, young brothers and sisters, the older ones we already have that mindset we don't buffet the air because we don't win that way," said Booker. "There are policies set in place for police officers around this world to subdue an individual even in handcuffs to put a knee on his neck.

"We want that knee off the black man's neck."

Booker then addressed a number of policy changes he wants to see in Wilmington.

"The police officers in the City of Wilmington to wear body cameras. We need policies put in place that will protect the communities."

Booker also wants the city's residency requirement for police officers reinstated. All city employees, including police officers, are required to live in the city for five years.

He also called for unity within the black community.

"We need policies changed for us to get the justice we need. There's more policies that need to be changed. Black Lives Matter in the City of Wilmington could be so powerful if the brothers and sisters were unified and deal with everything that's giving us problems systematically. Not going out protesting and fighting each other.

"I want to make that clear to the young black brothers and sisters - it's not the building, it's the system. It's the policy."

In wrapping up the news conference early as a storm moved in, Booker admonished local pastors, activists and politicians for not including BLM in discussions in the wake of rioting Saturday night.

"They had Joe Biden down on Walnut Street at a church," said Booker. "They had a few prominent pastors, officials in that room. But we the people that are out here now never got a chance to voice our opinion or even speak or to be heard or even see what was going on."

Booker wrapped up the event with several chants including: "Bring it to the people," and "I'm fired up, I can't take it no more."

And then, as if on cue, the storm blew in.