The fire in late April that damaged Dewey Beach's Lighthouse Restaurant has been ruled an arson, and the restaurant's owners are offering a reward for information in the case.

According to the Delaware State Fire Marshal's Office, the fire that caused approximately $750,000 in property damage to the establishment in the 100 block of Dickinson Avenue around 10 p.m. on April 23, 2020, was determined by investigators to have been intentionally set.

The Lighthouse was in the process of being rebuilt after being torn down the previous March and was expected to be ready for the summer of 2020. No timeline has been determined for rebuilding the restaurant.

The Lighthouse Cove Development Company is offering a $10,000 reward to anyone who can provide information leading to an arrest and conviction of the person(s) responsible for the fire.

“The entire Lighthouse Cove family has been devastated by this senseless fire that destroyed the Lighthouse Restaurant – one of the final components of the wider Lighthouse Cove redevelopment project. The damage caused by this act also extends well beyond our property and into our community, as area residents will be impacted by the loss of vital jobs the restaurant would have provided,” said E. Thomas Harvey III, President of Lighthouse Cove Development Company in a written statement.

There were no injuries.

Anyone with information regarding this incident is urged to contact the Delaware State Fire Marshal - Sussex Division at 302.856.5600 or Delaware Crime Stoppers at 1.800.TIP.3333.

Here's more information on the reward being offered: 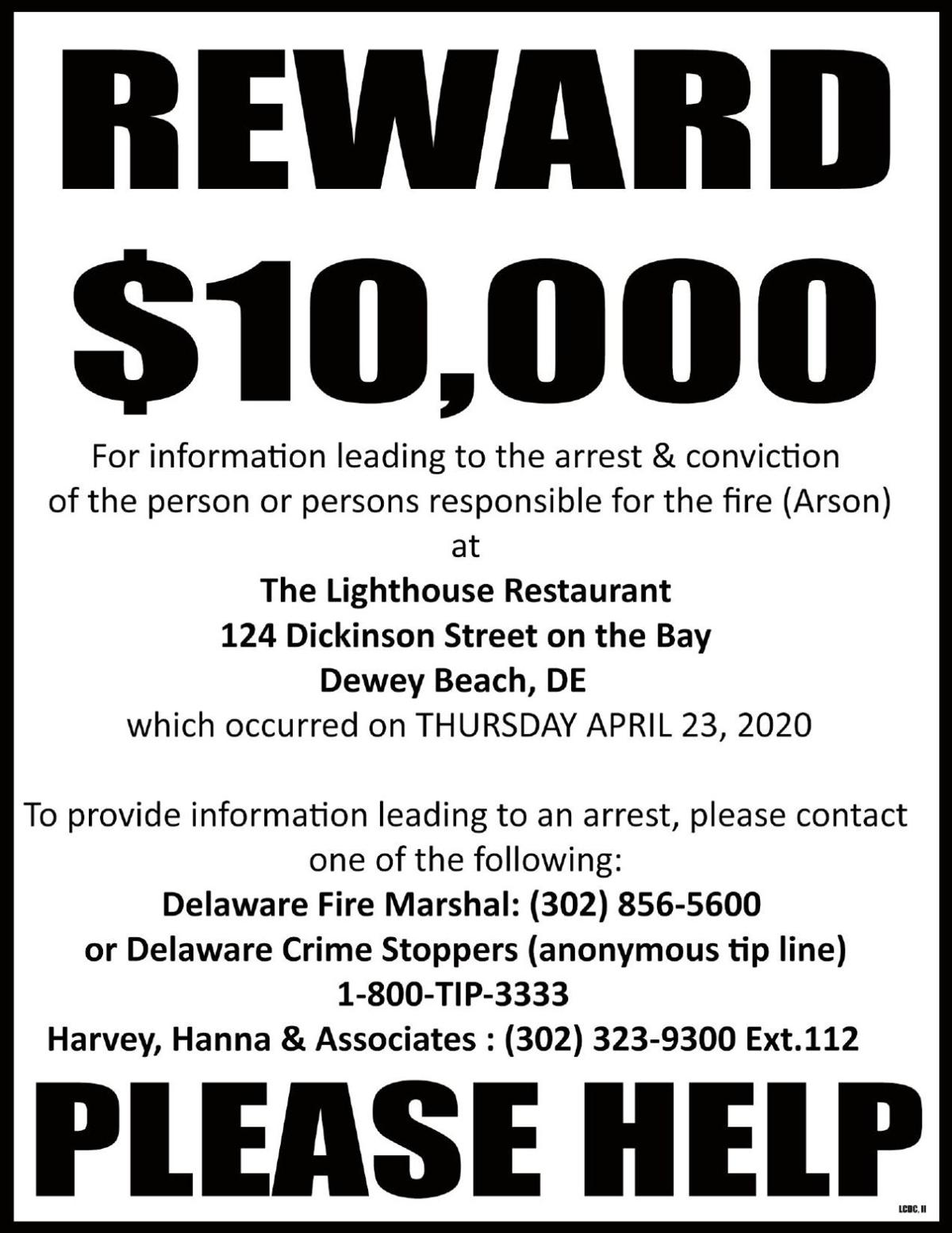 The owners of Dewey's Lighthouse Restaurant have doubled their reward to $20,000 for anyone who can give information leading to a conviction i…