The former president of the Wilmington firefighters union has had federal charges levied against him alleging the possession of child pornography.

An indictment issued March 4, 2021, offered little information on the incident from which the charges stemmed, but alleged Leonetti Jr. knowingly possessed material depicting prepubescent minors engaged in sexually explicit conduct. It also noted there was the forfeiture of an iPhone X, seized by authorities on June 19, 2020. 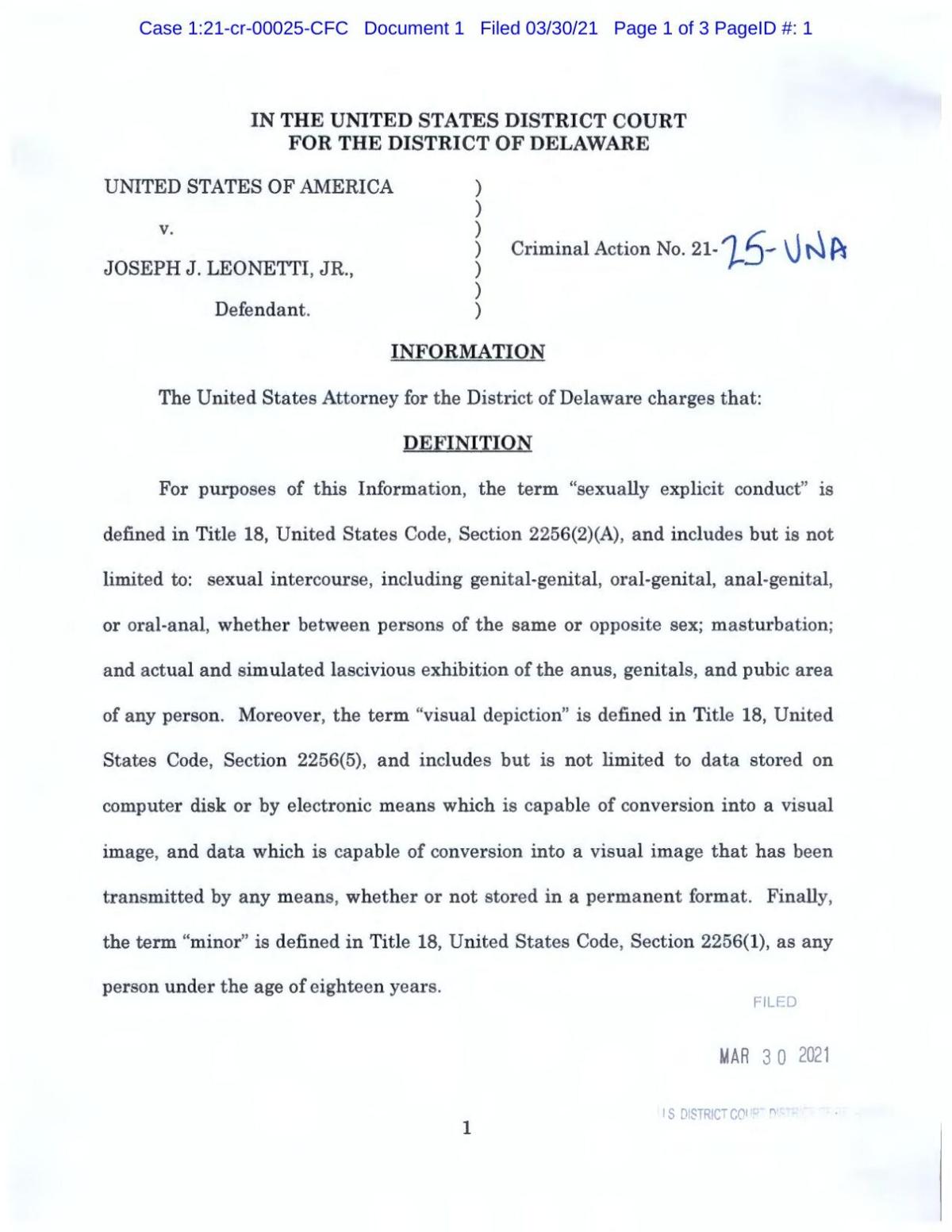 The US DOJ did not expand on how the agency came to oversee prosecution of the case and did not provide further detail on what led to the arrest or seizure.

Leonetti is represented by attorneys Thomas and Stephen Neuberger and John Deckers. Deckers issued the following statement after the indictment:

"Joe is a kind and compassionate person who has dedicated his life and decorated career to helping others in our community.

What occurred here is tragic and most unfortunate.

We will make our presentation at the appropriate time within the proceedings that are governed by the court.

I’m prohibited under our ethical rules to make further comments outside of the court proceedings.”

Prior to the case, Leonetti told WDEL on March 9, 2021, he "stepped down as president for medical reasons a few months ago." In his role as union president, Leonetti had a contentious relationship with the city, waging battles on several fronts relating to firefighter quality-of-life disputes. Those disputes are ongoing.