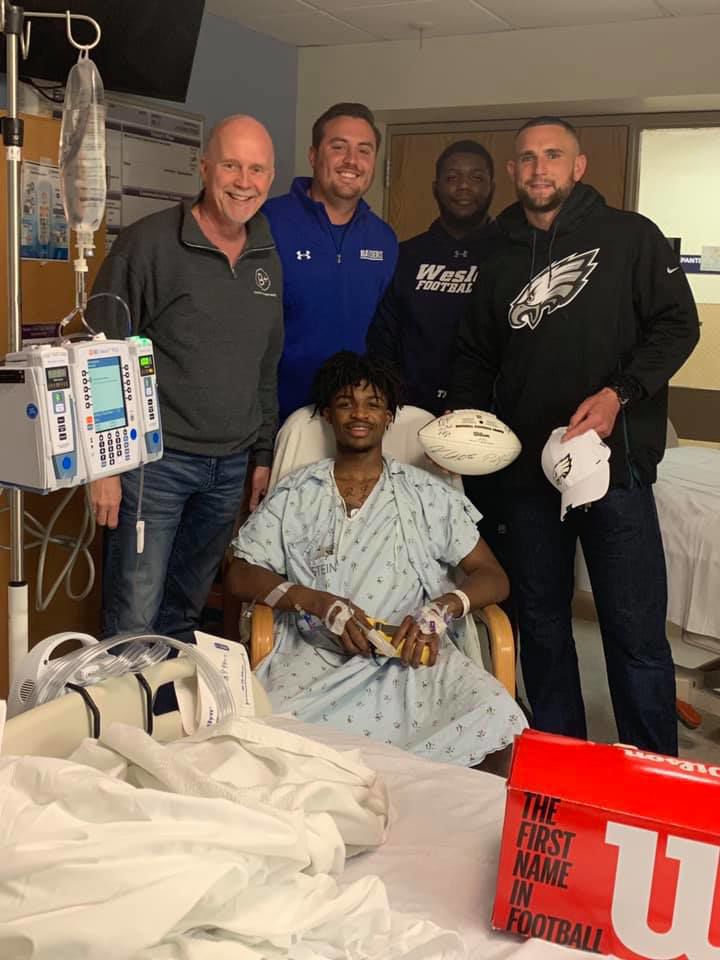 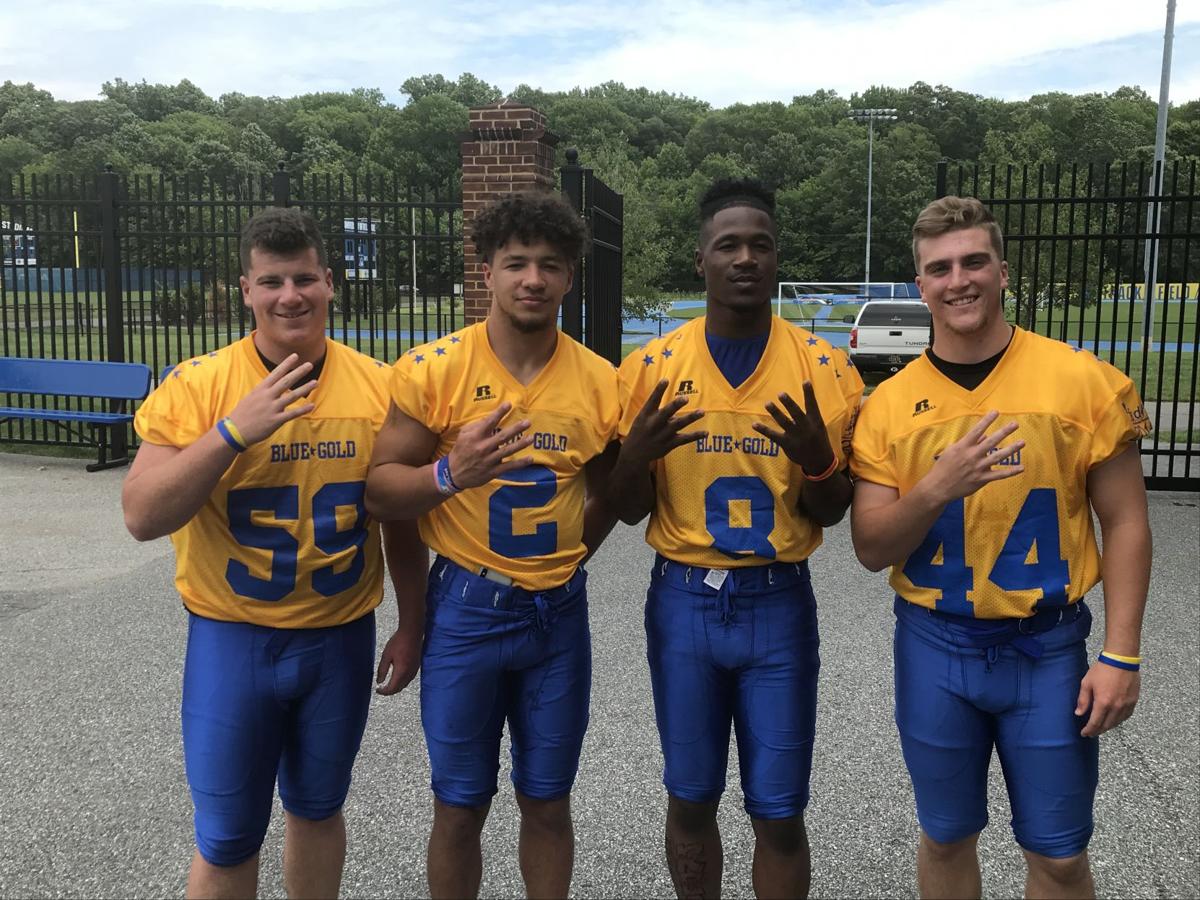 Woodbridge's Josh Propes, Gabe Wescott, Jamon Kane, and Brock Keeler remember their teammate Troy Haynes who will miss the 2019 DFRC Blue-Gold Football Game as he continues to battle the effects of Kidney Cancer.

Woodbridge's Josh Propes, Gabe Wescott, Jamon Kane, and Brock Keeler remember their teammate Troy Haynes who will miss the 2019 DFRC Blue-Gold Football Game as he continues to battle the effects of Kidney Cancer.

Two-time state championship quarterback Troy Haynes, of Woodbridge, died over the weekend after a 5-month battle with pancreatic cancer.

Haynes, who had only recently celebrated his 19th birthday, guided the Blue Raiders to the 2016 & 2018 Division 2 state championships, only to have his life change on April 2nd.

Describing that he was in "terrible pain" while visiting his grandmother's house, Troy went to a Urologist in Dover, who quickly recommended he visit Dr. Christopher Vallorsi in Philadelphia.

His pain would end up being diagnosed as kidney cancer.

Multiple treatments would follow in Philadelphia and Houston as they tried various methods to try to stop the spread of the disease.

While Troy was just beginning his fight, his energy was being boosted by the movement that would come to be defined by "#FightLike4" in honor of his high school jersey number.

Within days, tens of thousands of dollars had been raised on a GoFundMe page that was set up to help his family defray the medical bills. As of late Monday morning, that page was sitting at $45,813, and was still active.

Troy would return from Houston in time to walk on the stage as his senior graduation, and also be honored in person by the Eagles earlier this season.

When WDEL spoke to Troy before his first surgery in early May, Troy said it was the community that gave him the will to fight on.

"It was mixed feelings. Any normal human being hearing that they possibly could have, or have cancer, especially at the young age I was at and as healthy as I was, it took a toll on me a bit. A lot of people reached out from my community reached out and asked if I was alright, and that helped a lot."

Among those helping Troy was his high school teammate Gabe Wescott, who wore the No. 4, along with each of his Woodbridge teammates, during June's DFRC Blue-Gold All-Star Football Game.

"It was a real shock, I kind of just broke down on the spot. It was tough hearing that my best friend had such a hard task ahead of him, but I knew the kind of person he was he was going to battle it and make it through. He’s such a selfless guy. He wants this battle over anybody else because he knows he can handle it. He’s so composed, upbeat, and positive, he’s the toughest guy for this battle.”

Their teammate Josh Propes knew Troy from the start of his football career.

"Ever since he was little, he was a winner. In Pop Warner when he was a quarterback, we went to regionals, undefeated seasons, went to middle school, undefeated seasons. High school he had a great career, he’s an all-around winner in everything I know him in. When it came to basketball and gym in the morning, he always wanted to go on the winning team.”

"#FightLike4" shirts and wristbands have become staples in not just the football, but the total high school community over the last 5 months.

They're a reminder that while Troy's fight might be physically over, his spirit will live on.

WDEL'S Sean Greene speaks with Woodbridge QB Troy Haynes and his mother Christina about his diagnosis of Kidney Cancer, and the gofundme page …

Woodbridge quarterback Troy Haynes did nothing but win during his four years as a starter, b…

Celebration of Life for Woodbridge's Troy Haynes to be held Sunday

A celebration of life for Troy Haynes, Woobridge's 2018 All-State Quarterback who died Sunday, will be held Sunday, October 6, 2019, at his fo…