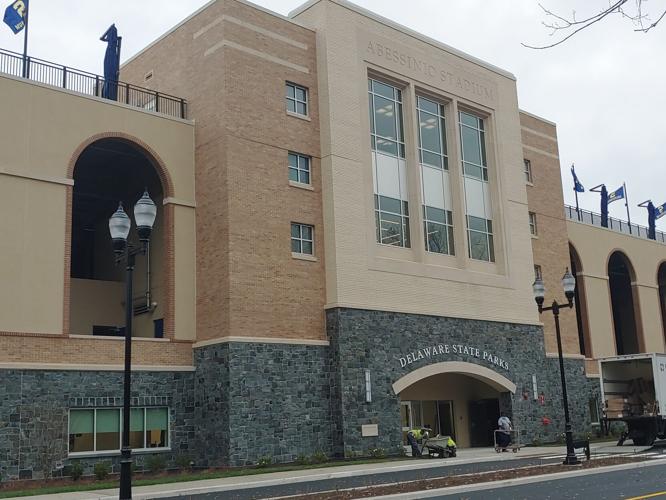 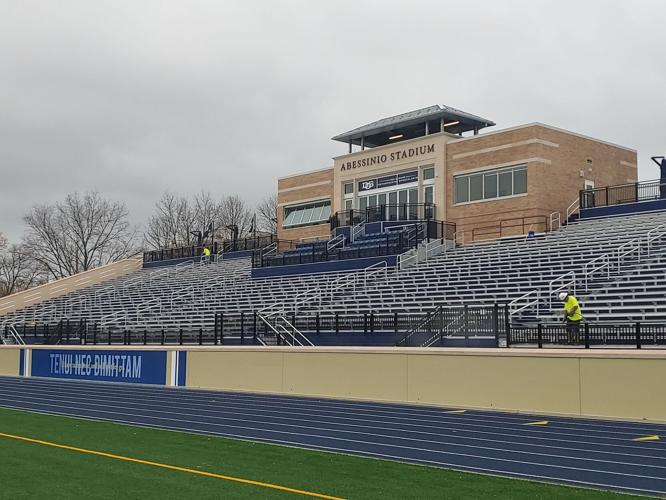 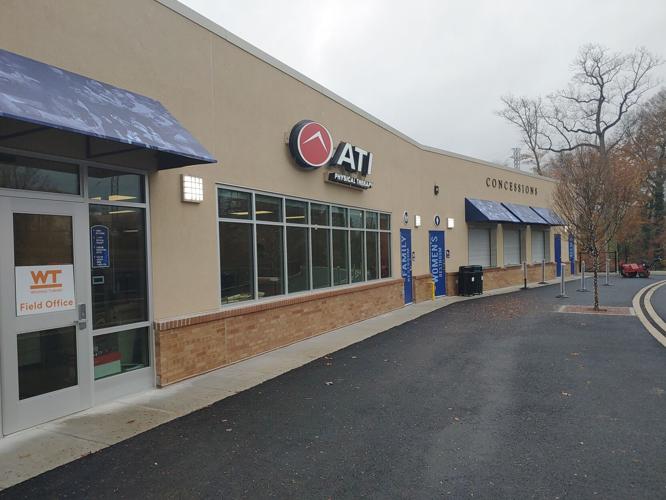 A second building on the property will house concessions, the school store, and ATI Physical Therapy 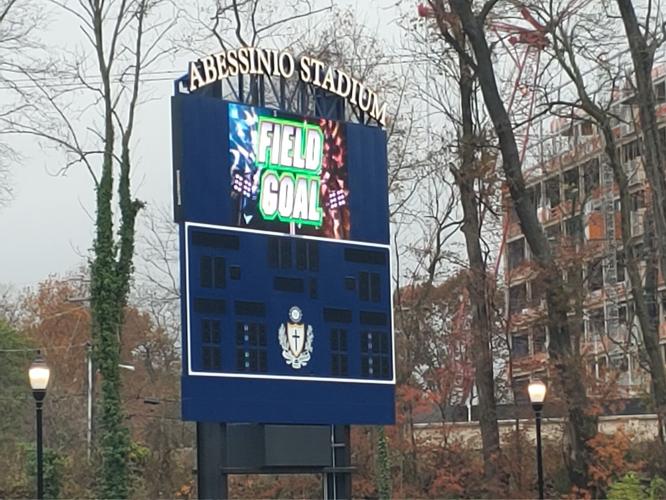 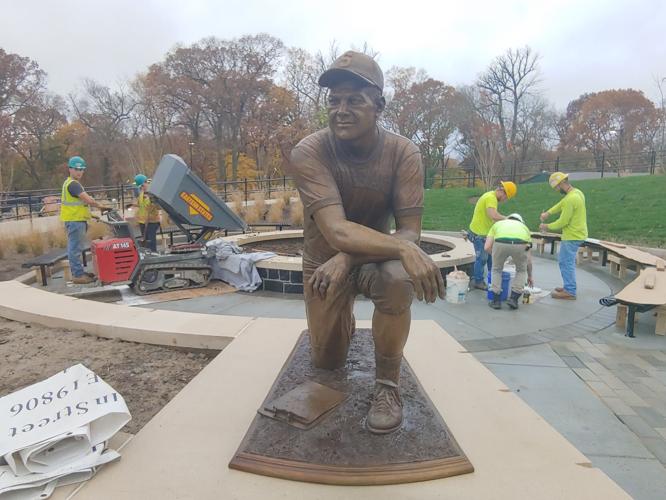 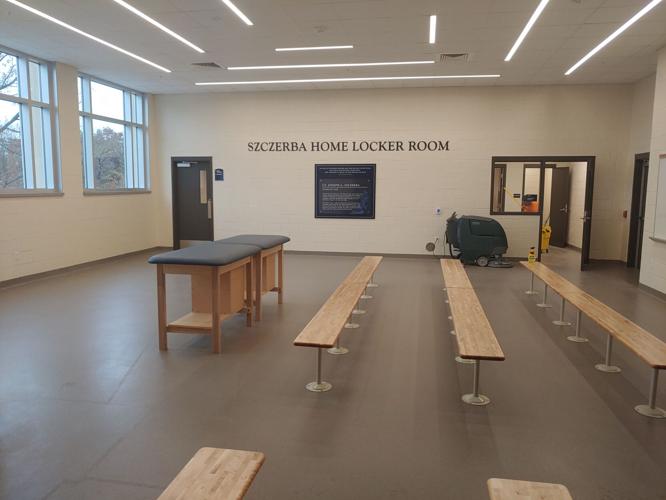 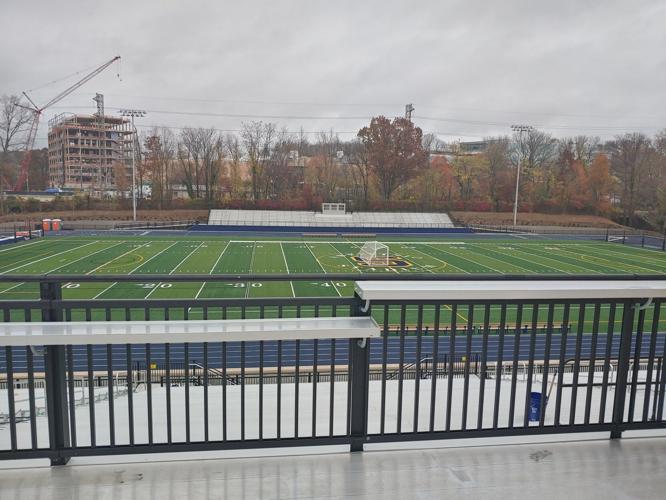 Standing Room Only Section on the top level of Abessinio Stadium 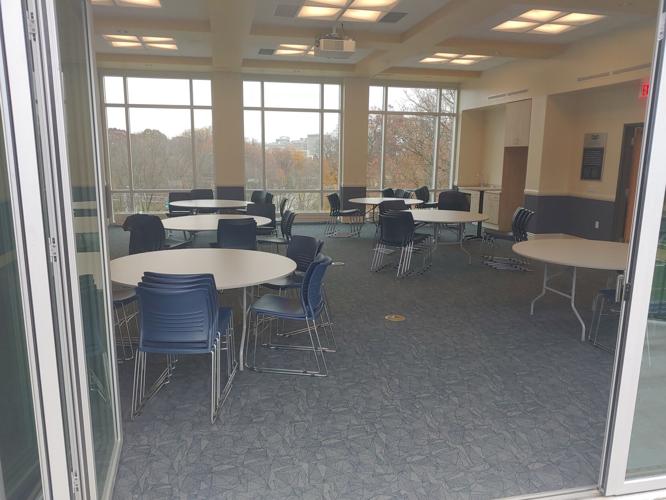 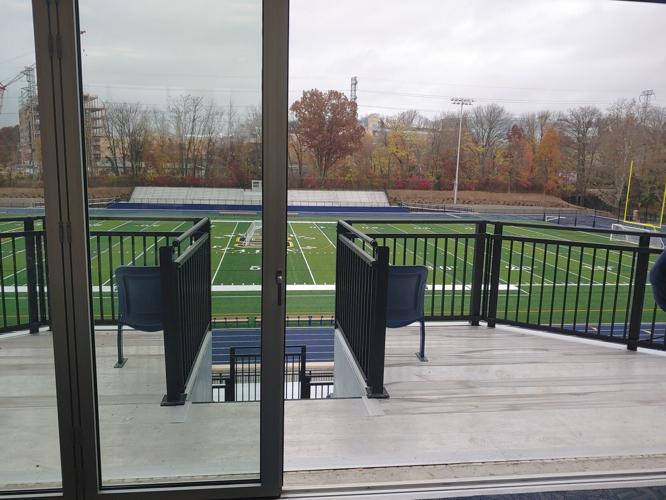 View of the front of the suite, there is a special seating section just below the railing 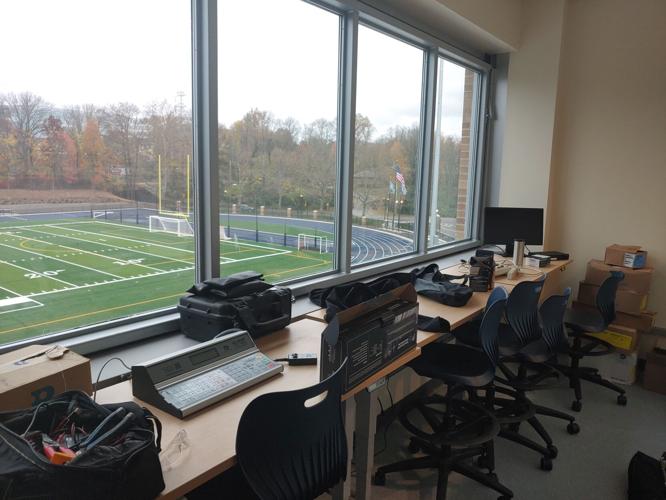 The press and scoreboard operation room 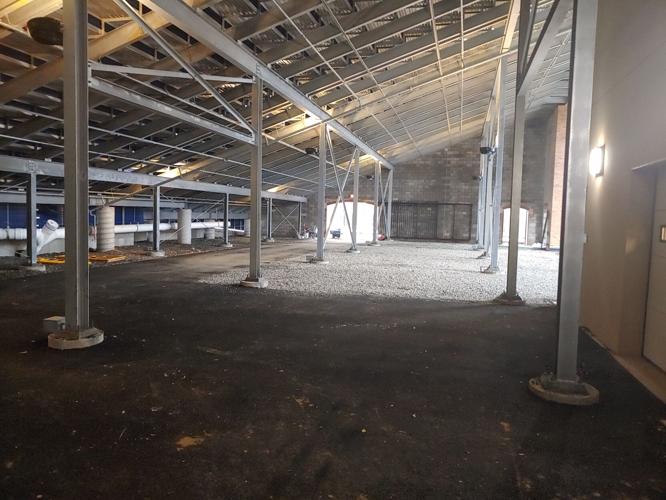 Storage area under the bleachers, could eventually house a batting cage for the baseball program 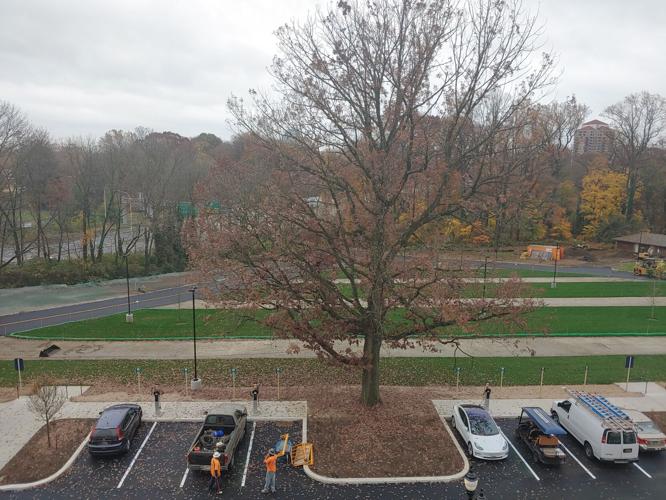 View of the back of Abessinio Stadium towards Brandywine Park 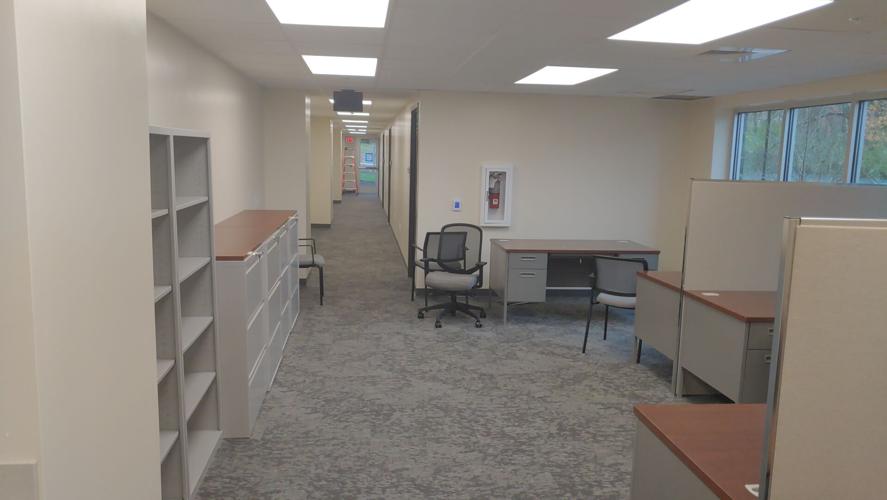 A second building on the property will house concessions, the school store, and ATI Physical Therapy

Standing Room Only Section on the top level of Abessinio Stadium

View of the front of the suite, there is a special seating section just below the railing

The press and scoreboard operation room

Storage area under the bleachers, could eventually house a batting cage for the baseball program

View of the back of Abessinio Stadium towards Brandywine Park

The 4,000-seat, $25 million complex -- there is more to it than just a sports venue -- won't be at capacity due to the pandemic, but many of its new bells and whistles will be on display.

Salesianum President Brendan Kennealey said fans will immediately notice the beautifully-maintained Bermuda grass has been replaced with artificial turf, and the track will be wider.

"I think what we really wanted was a state-of-the-art regional facility that could be used for everybody. We were really thoughtful about things like the turf was not just great turf but had some of the stuff in it to reduce concussions and other injuries, that the track was college-grade and 8-lanes, and lots of other details along the way. Lots of other things throughout the stadium to make sure people feel at home here."

On the home side, which is opposite from where Salesianum's fans used to sit, there is a three-story facility, that includes the home locker room, concourse for standing-room-only fans, plus the bottom floor dedicated to DNREC and the Wilmington State Parks. All of which are much expanded from the Baynard footprint.

There is also a suite that includes a kitchenette, and a separated 50-person indoor/outdoor seating area.

A second building towards the back corner of the stadium includes concessions, the visiting locker room, plus an ATI Physical Therapy branch that will join DNREC in being daily users of the site.

"The word I would use is potential. There's so much potential here, and that was one of the reasons we wanted to do this. It will provide a lot of opportunities not just to Salesianum athletes, but athletes throughout the region, to use this great facilities, plus Delaware State Parks who have a lot of space here and have been great partners."

As for those old locker rooms, there were times where both teams would be overflowing out the door from lack of space, but now Salesianum's locker room is nearly as big as the Phillies' home at Citizens Bank Park, and is named after New Castle County Police Lt. Joseph Szczerba, a Class of 1995 alum who was killed in the line of duty in 2011.

"Quaint is a generous term for the old locker-room space. That stadium served this community well for 100 years, and we wanted to develop this stadium for the next 100 years. Both the home and away locker rooms are much, much bigger, and teams should have lots of space to do what they have to do at halftime and in pregame."

Kennealey said Abessinio, who has also invested in the school's science center, wanted to make sure that his football experience was captured just outside the front gate.

"Rocco is a proud Salesianum graduate. He and his family have been generous to the school for many years. It's not an understatement to say without his donation, we couldn't have done this. This is a $25 million project, and that has to come from somewhere. So Rocco stepping the way he did to make this possible was huge. He played for the legendary coach Dim Montero, and I think that was important to him. To honor Dim Montero, we have a statue of Dim on site. I think Rocco is very proud of that, and we're thrilled he was able to be a part of this."

Montero guided the Sals for 10 years, going 70-10-3 with four undefeated seasons and both a 29 and 26-game winning streak. He went on to become Assistant Athletic Director at the University of Maryland, where he recruited McKean standout, and future Super Bowl co-MVP Randy White.

As for the stadium that will bear Abessinio's name, Kennealey said his favorite place at the new stadium is the standing-room-only section, where there will be umbrellas set up on nice evenings, and a new visual experience, beyond New Castle County's first high school video scoreboard.

"I think up top where there are terraces on both sides and there are birds-eye views of not just the field and track, but at night looking out the back you get a beautiful view of Wilmington, Brandywine Park, and all of the people coming in and out."

Many things went into transforming Baynard into Abessinio, and Kennealey said they had to take some things out, but made sure they put them right back in.

"I think when people first pull into this site, they will not recognize a lot of it. They'll see how vast the space is, how beautiful this space is. We had to remove a lot of trees to get the site work done, but we planted just as many trees back as we took out, so we're very conscious that we're in a state park, and trees are beautiful and important."

The field includes a giant "S" at the 50-yard-line, and while the Sals are technically just leasing the property, they finally have a true sports home.

"We have a proud athletic tradition, and I think in a lot of ways it was gritty. We never had our own football stadium, our fields are limited because we're in the city, and this give us a huge opportunity, we have a turf stadium, and we're excited about that."

Friday night is a night that looked doubtful back in 2016, when city politicians including then-State Representative Charles Potter, Jr., then-City Council President Theo Gregory, and others tried to stop a deal between Salesianum and the city.

It also looked questionable three months ago, when Salesianum didn't have a clear pathway to finding opponents due to the pandemic-shorted DIAA season, and the structure of Division 1 potentially not having any non-conference games for the Sals to play.

Smyrna helped set up a structure in the Henlopen Conference so that each team got one out-of-conference game, and they used it on Salesianum, on the road.

"I am incredibly grateful to Smyrna. They stepped up early in the scheduling process and agreed to play Salesianum when lots of other schools wouldn't do that, and they weren't forced. Kudos to them, they have a fantastic program, and they have for years. It will be a great game, they are two of Delaware's great football programs, and to see them go head-to-head on our opening night, I hope it is something they remember for a long time."

Salesianum and Smyrna will kick off at 7:30 p.m., with 1,200 people on the stands, and the potential of big things to come in the future.