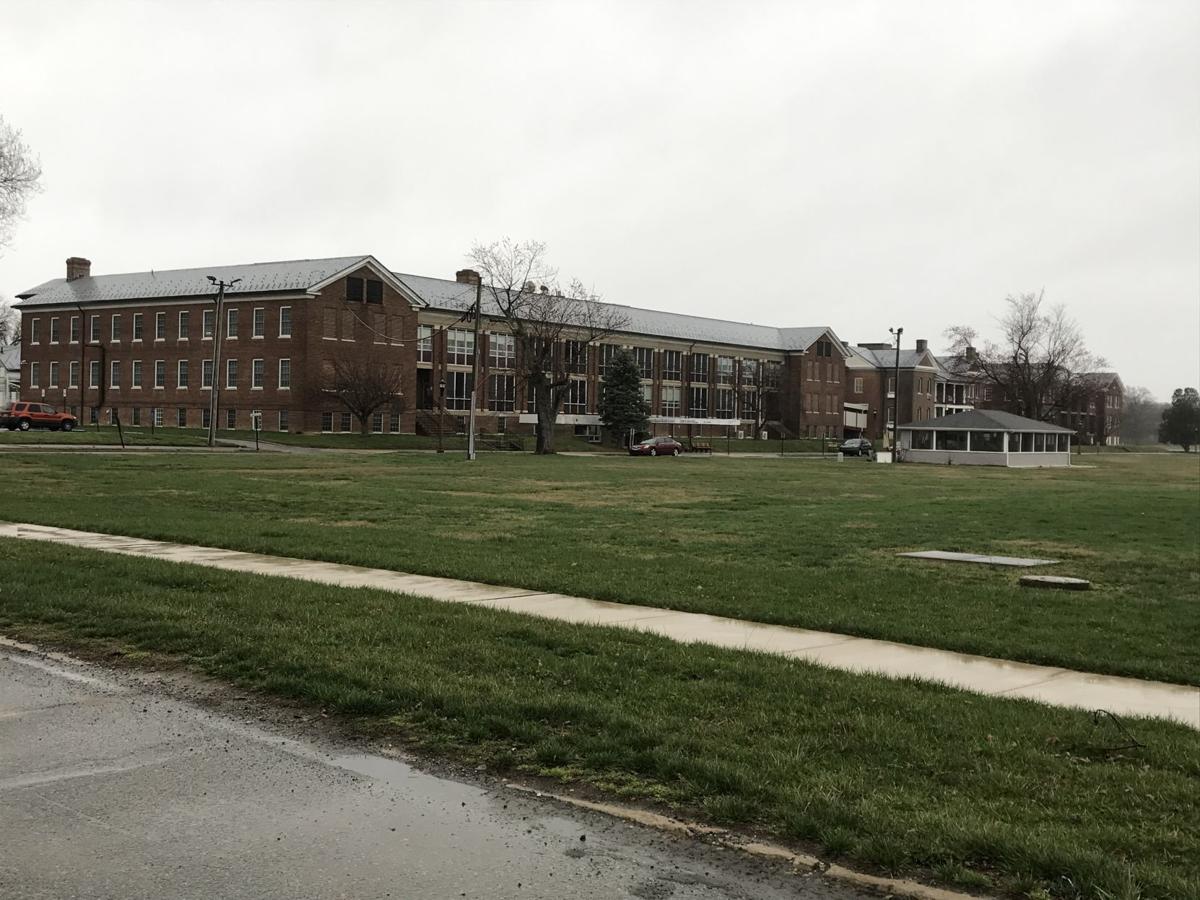 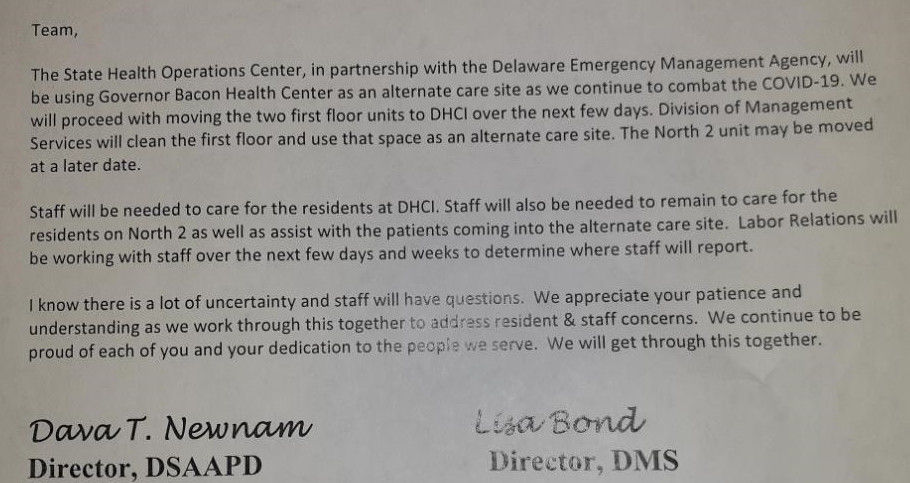 The director of Delaware's Division of Aging and Adults with Physical Abilities told WDEL they wanted to move residents out of Governor Bacon Health Center in Delaware to "get ahead" of the coronavirus pandemic.

Now, they're moving residents anyway even after one resident and three staff members have tested positive for COVID-19, WDEL has independently confirmed.

A letter from director Dava Newnam and Lisa Bond, director of the Division of Management Services, obtained by WDEL, stated that the first two floor units of residents will move, 25 miles away, to the Delaware Hospital for the Chronically Ill in Smyrna over the next few days, so that Governor Bacon can be used as an alternate care site amid the outbreak.

The letter said the Division of Management Services will clean the first floor to use as an alternate care site.

The North 2 Unit, where WDEL has independently confirmed one resident has tested positive for COVID-19, will be moved at a later date.

Last week, after learning of the positive infections, the move of residents had been halted indefinitely, according to an email obtained by WDEL.

Walker said residents' families have been notified this time.

The first time the move was slated to happen, a few weeks ago, residents found out only after WDEL's inquiry.

Once all residents are moved, there will be 75 additional bed for overflow patients, according to the state. Staffing to care for the potential overflow of patients is being developed.

A second alternate care site has been identified as Nemours A.I. duPont Hospital for Children in Rockland. Nemours will only accept non-COVID-19 positive adults. Its rehabilitation gym, on floor one, away from pediatric care, has been converted to an alternative care site with 38 beds. It could be expanded further, if needed. A medical intensive care unit will be situated across and separate from the pediatric intensive care unit and be comprised of 24 beds.

After searching multiple possible sites with the Army Corp of Engineers, the Nemours campus was identified as the location that would provide the most efficiencies, the state said.

The Nemours sites will be open operational as early as this week.

Delaware officials continued Tuesday to make adjustments to the resources available to the response of the novel coronavirus COVID-19 pandemic.

A rehabilitation gym on the first floor of Nemours A.I. duPont Hospital for Children in Rockland has been converted into a 38-bed surge unit i…

An employee of the Delaware Hospital for the Chronically Ill in Smyrna has tested positive for COVID-19, WDEL has independently confirmed.

Robin Henry of New Castle, stood up for the first time on her own last week at Wilmington Hospital--to the sound of cheers--for what may have …