A civil suit has been filed against a former child care aid and the corporation which employed him after a child under his care was sexually abused, representatives announced this week.

Timothy McCrary was 27 years old and an aid in a pre-K program with the Telamon Corporation when, in 2019,  officials with the Division of Family Services, Child Advocacy Center, Harrington Police, and the Delaware Department of Justice began investigating allegations of sexual abuse at the Head Start facility in the 100 block of East Street.

Police at the time identified two victims, ages four and five, and said they learned McCrary had abused those victims in May 2019. He was charged three counts first-degree sexual abuse of a child by a person of trust and one count unlawful sexual contact of a victim less than 13 years old.

The Delaware family of the victim who was five years old at the time has filed suit, saying McCrary's employment--terminated that same May--was retained negligently, allowing for the victim to suffer the abuse.

The suit also claims McCrary had abused at least four total students in the school during the 2018-2019 school year, and that Telamon had been made aware months prior to the victim's abuse that McCrary had solicited a male student, yet maintained his employment despite knowledge he was a danger to children.

The family is being represented by Raeann Warner, an attorney with Jacobs & Crumplar specializing in representation of plaintiffs in child sexual abuse cases. 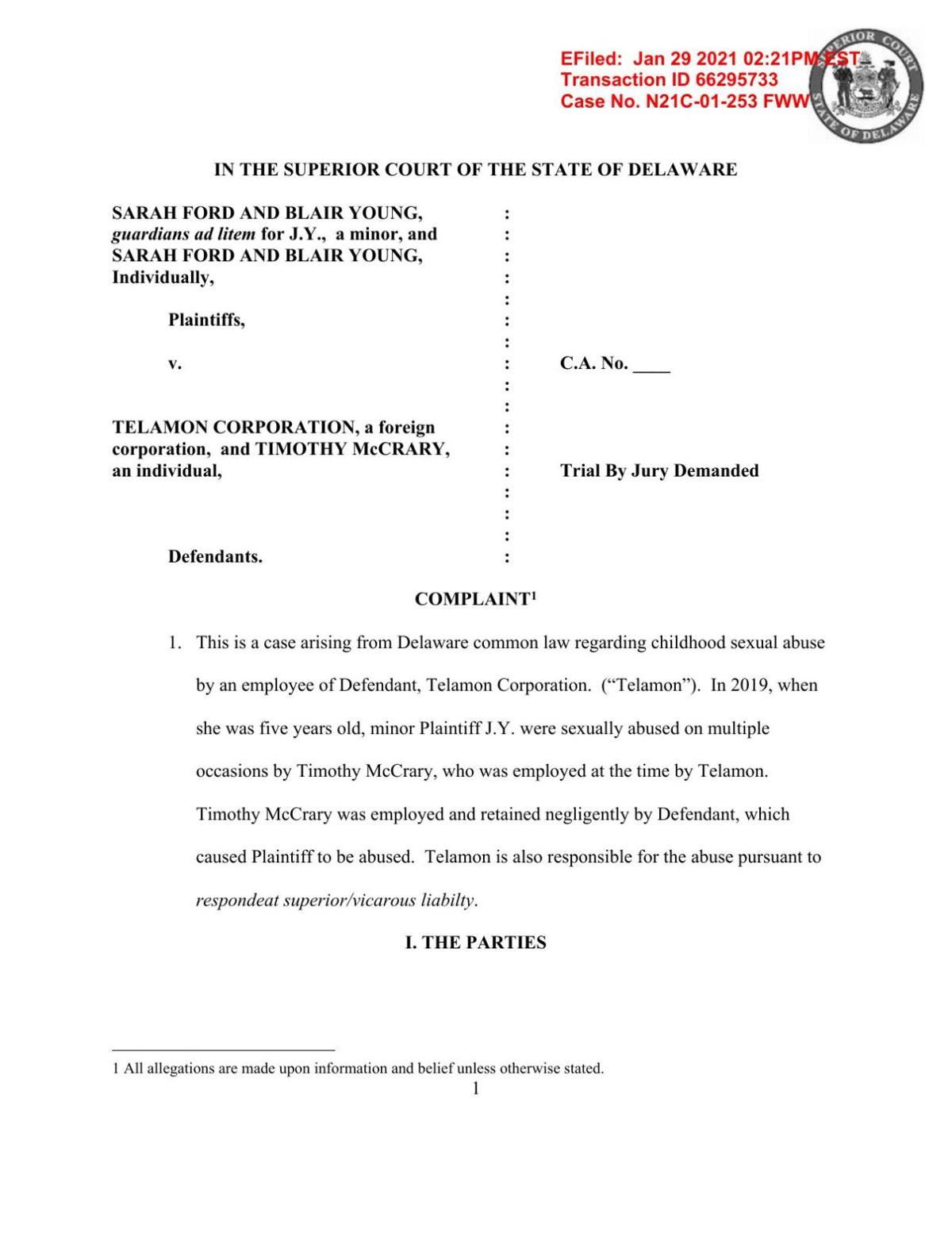 In August 2020, the Office of Head Start, a foreign company, notified 169 employees within the Head Start and Early Head Start programs in Kent and Sussex counties they'd be let go, and the programs were handed off to Children & Families First, a Wilmington-based organization.

A mother was giving her child a bath when she told her mom not to touch her down there.

A 27-year-old man, who was employed by a pre-K program, was charged with the sexual assault …