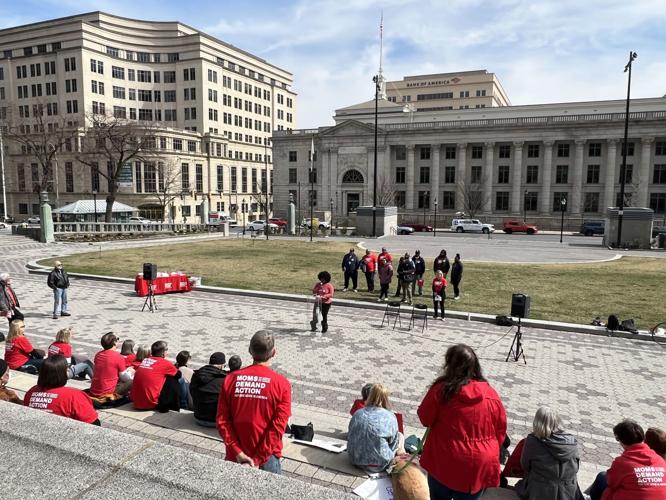 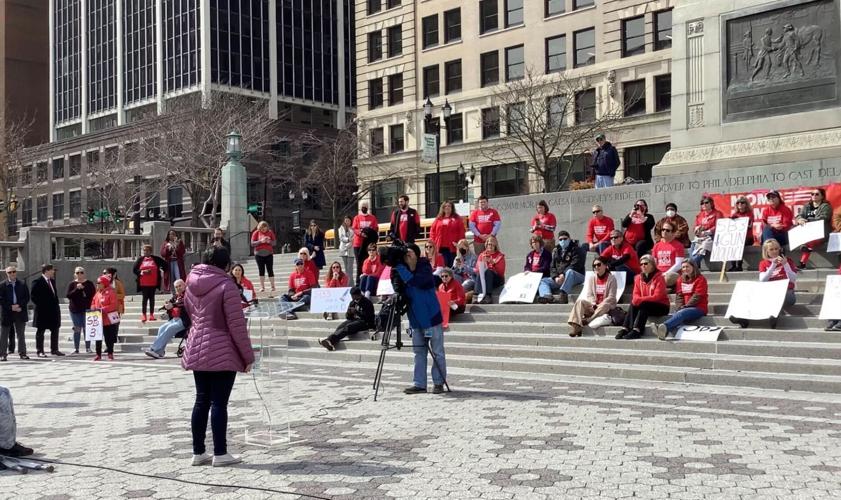 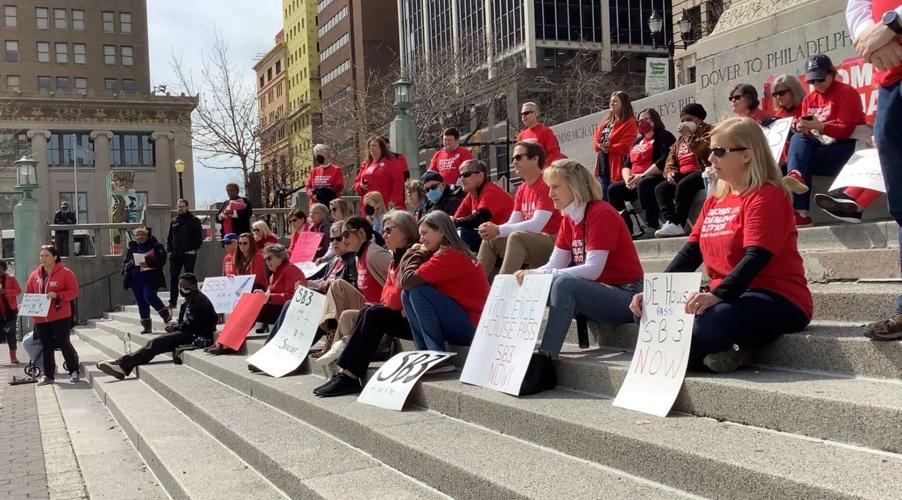 "The same guns that they're allowing people to buy without permits or without proper procedure to get a permit, that same gun's going to do a school shooting," said Timeless Thomas, a speaker at a Moms Demand Action of Delaware rally in Rodney Square Thursday. "It's going to whack a WalMart. They're going to kill in bulk and wholesale. So it's going to affect your community as well as it affects mine. We have to get SB3 passed."

Senate Bill 3 would create a handgun permit-to-purchase infrastructure in Delaware to track who is applying for one, and when. The legislation passed in the Senate in 2021, and is currently working its way through the state House.

Mara Gorman, volunteer state chapter lead for Moms Demand Action of Delaware, said before the start of their rally that the best time to have passed this bill is yesterday, but the second best time is today.

"The bill passed the state Senate last spring, and it is currently stalled in the House. We are urging the House leadership to bring the bill to the floor for a vote," she said. "The legislature is back in session...We want to have this done before June 30th, so this seemed like a good time [to hold a rally.] Generally speaking, gun violence has been going up. It's really past time to pass this very common-sense bill. It should have passed last year, or even before that."

Executive Director of the Delaware Coalition Against Gun Violence Traci Murphy stressed the rally Thursday was not the participating organization declaring they are against guns, only taking a stand against gun violence. She said the steps to decrease gun violence in Delaware are known, they just have to be bold enough to enact meaningful change.

"We need three things: well-funded and well-run community intervention programs, and we've got some community partners here today," Murphy said. "A well-educated community that understands the risks of gun ownership and what it means to be safe and responsible with guns. And finally, we need strong policies, and we need strong leaders courageous enough to fight for them...Gun laws save lives."

It's also about making investment in Delaware. Community activist Branden Fletcher says when legislators pass legislation that protects Delawareans, it proves they're interested in improving the communities within the First State. He shared a personal story of taking a walk with his mother when they witnessed a 20-year-old victim gunned down in West Center City on February 21st.

"It's something that is just ingrained in my life now forever. While mass shootings garner the most public attention, gun violence happens too often in communities in the city of Wilmington. These pockets of violence threaten the safety, health, and economies of impacted communities," Fletcher said. "We are in a state of emergency when it is easier for a young person to get a gun than it is to get a job. And in Delaware, where Black and LatinX people are 13 times more likely than white people to die by gun violence. Passing common sense gun control policy is a racial justice issue, and a public health issue--especially in these COVID-19 times."