The hottest temperatures in years descended on Delaware this weekend, bringing stifling heat and oppressive humidity to the area.

An NBC10 First Alert for extreme heat continued Sunday for the entire region. The National Weather Service has also issued an excessive heat warning for all neighborhoods.

The day prior, Atlantic City, New Jersey, broke a heat record when temperatures hit 99 degrees. The previous record for that date was 97 degrees, according to the National Weather Service.

How Hot Will It Get?

The average temperature for this time of year is 87 degrees, so we are well above average into early next week.

The Most Dangerous Time to Be Outdoors

Plan for time indoors using the air-conditioning or a fan with the windows open, check on neighbors and the elderly, use special care for pets and check the coolant levels in your car.

Also, don't forget to wear sunscreen and reapply it every couple of hours.y

The hottest temps will occur from noon to 6 p.m. Isolated storms and tropical downpours could pop-up, but look unlikely, and power outages could occur Sunday.

The City of Philadelphia issued its first heat health emergency of the summer, joining other area communities, including Camden, Mercer and Montgomery counties and Wilmington, in launching initiatives for helping people more susceptible to the heat.

"We strongly urge the public to visit older friends, relatives and neighbors to ensure that air conditioners or fans are working and homes are adequately ventilated," Philly Health Commissioner Dr. Thomas Farley said.

"In a heat wave, the majority of the victims are older people and those with preexisting medical conditions."

The National Weather Service said that heat is responsible for more deaths each year than any other weather event. 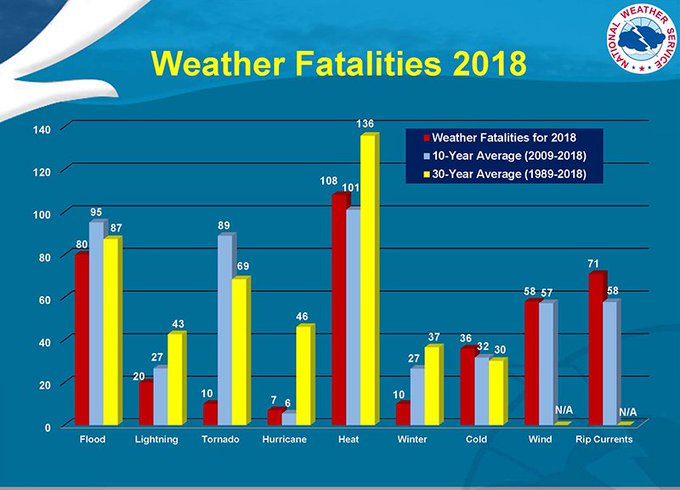 The only place where you might get some relief from the heat is at the beach, where the strong sun will still pose its own risk.

Limit your time outdoors, make plans to spend time indoors as much as possible and check on neighbors to make sure they are OK during the heat wave. Take special care for pets, too.

The Weekend (and Beyond) Forecast

Fort Delaware State Park is closed Saturday and Sunday due to the high temperatures.