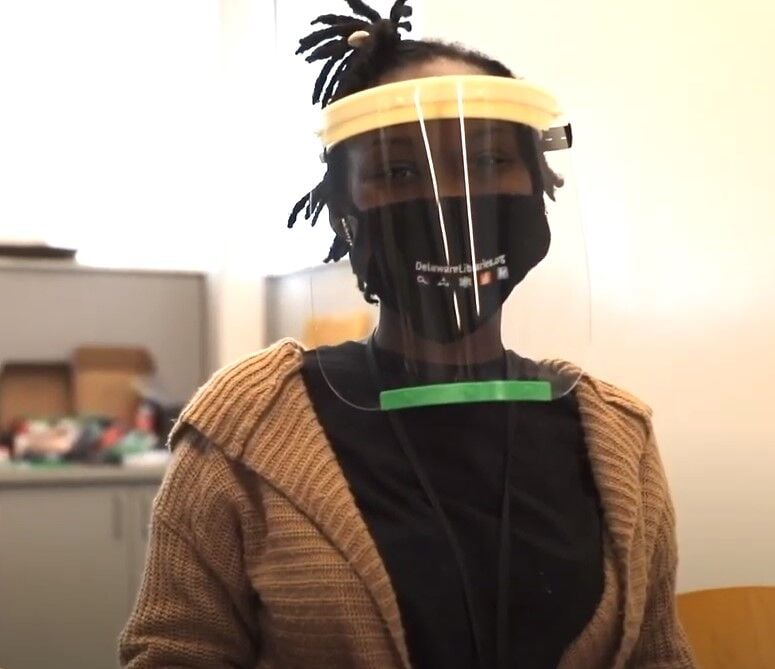 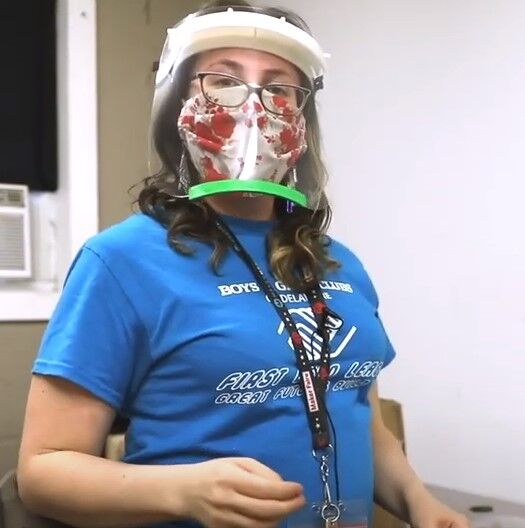 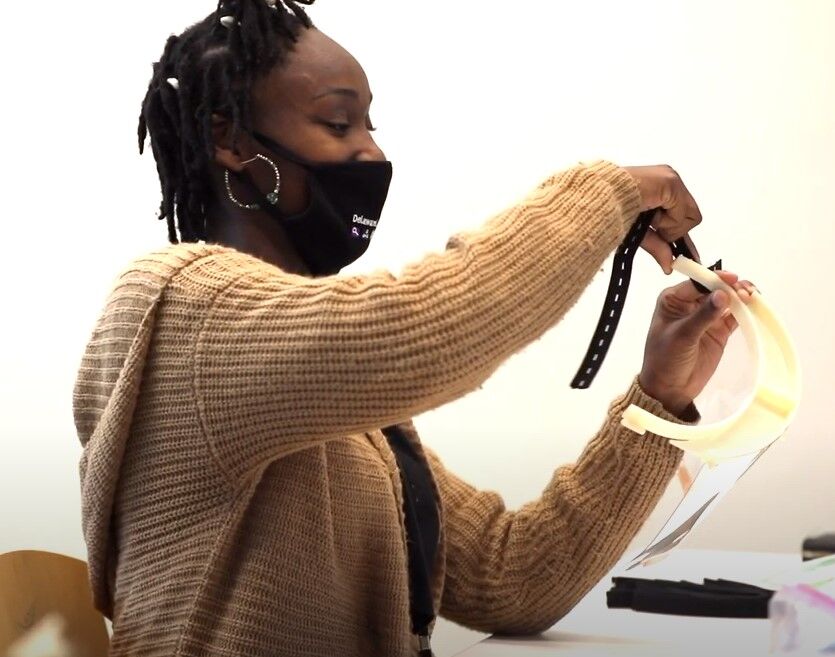 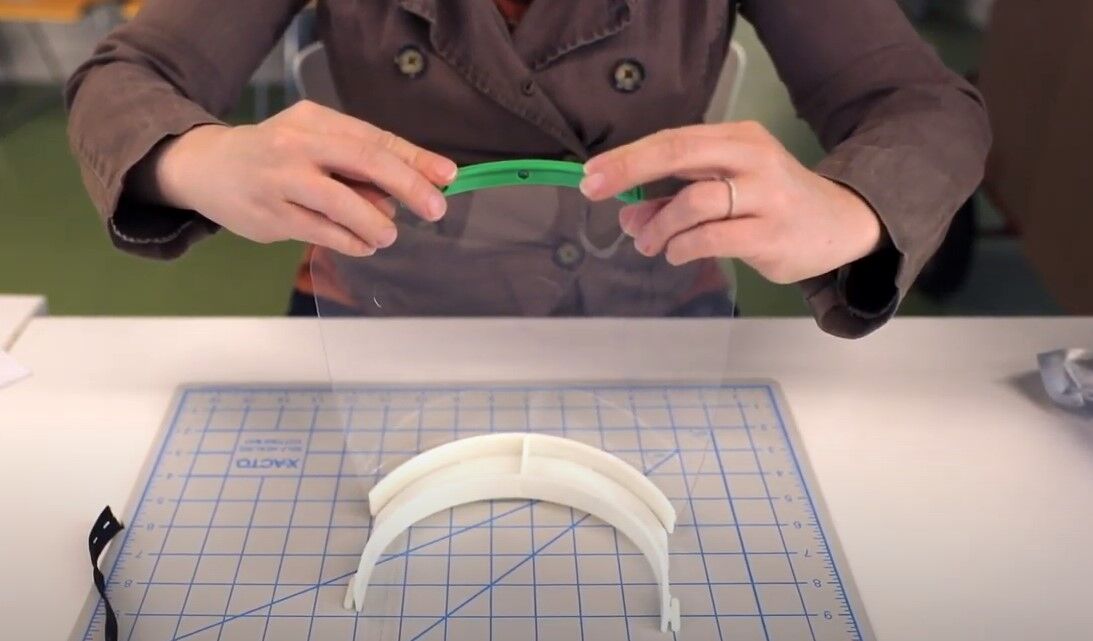 Jessica Glassco, with the library's Makerspace, said they've been making the shields since almost the beginning of the pandemic, and have altered the design as needed.

Printed Solid became involved because of the size of the sheets the shields are cut from, and the need for a larger laser than the one at the library.

From there, Glassco said it's a four-piece design with plastic attached to the top and bottom of the shield to shape a curve, and that's where the community has chipped in to assist.

"My co-workers are also doing that, checking for sharp edges and sanding them off," said Glassco. "We've got giant wheels of elastic with buttonholes so it's adjustable to fit your head best."

Prior to making the shields for poll workers, Glassco said they were making them for healthcare workers, schools, and even had a request they filled with the Navajo nation in Arizona.

Glassco credited Chris Elliott who has been making the bottom element of the mask in his basement with a 3D printer, along with Eric Crowell, Jonathan Rudenberg, Daniel Siders, and the Newark Library.

The assembly process is tedious and time consuming, but with the library closed to only curbside pick up during the pandemic, it's been worthwhile.

"They know it's going to help someone so everybody is really proud of it."

Glassco said the shields are based on a design by Prusa Research in the Czech Republic.