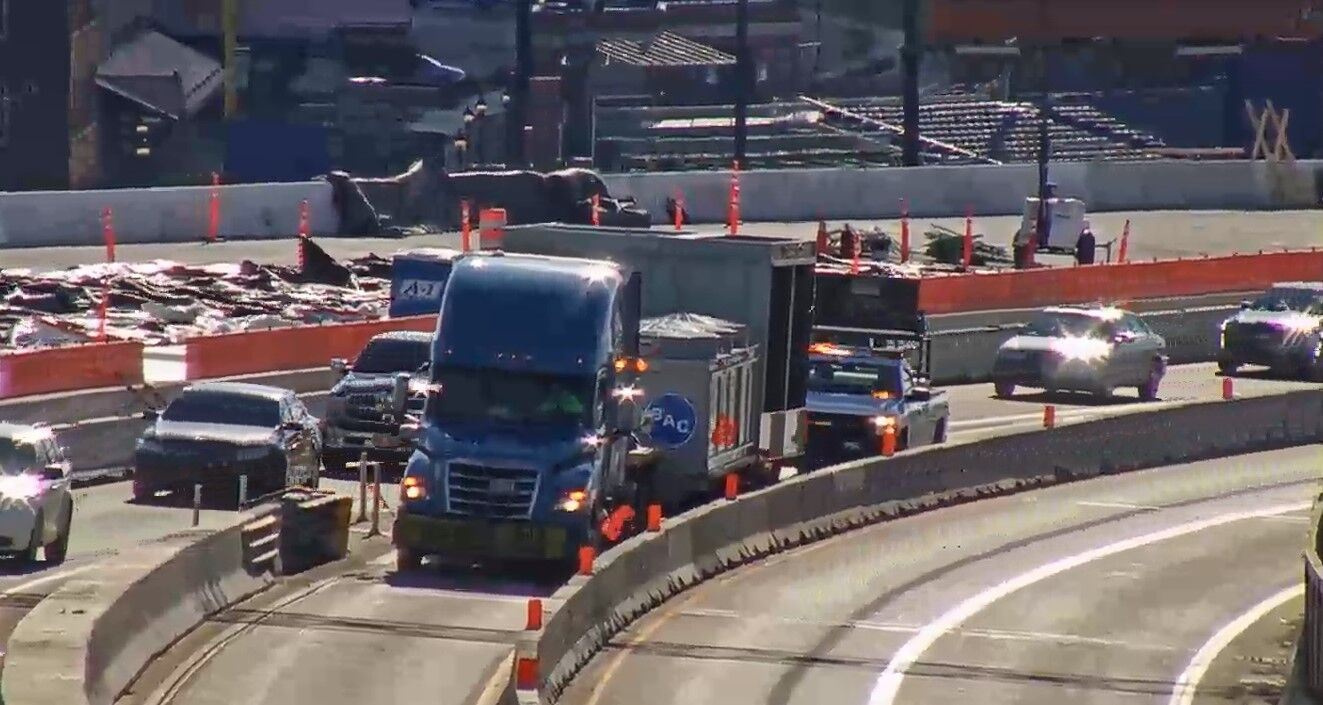 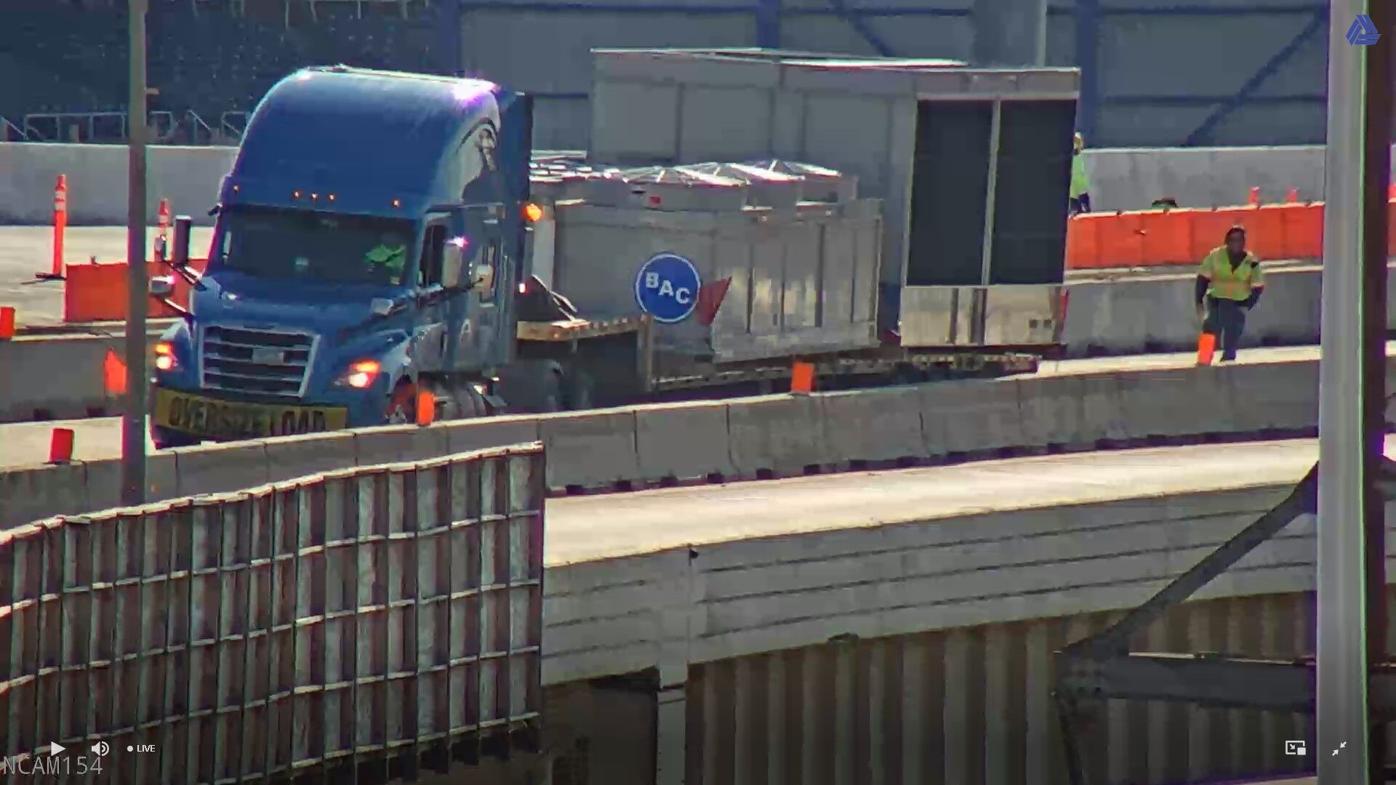 Yet another truck got stuck in the I-95 Restore the Corridor work zone.

It happened around 12:45 Tuesday afternoon, November 23, 2021, on the northbound side of the highway at the MLK off-ramp.

DelDOT officials were hoping to divert the truck to the MLK Boulevard off ramp but determined it would not fit, so the driver attempted to go in reverse, but was unable to negotiate the S-curve at Frawley Stadium.

The truck eventually cleared the work area around 2:45 p.m., about two hours after the incident started, by going northbound with spotters walking alongside.

Delaware State Police tell WDEL News the truck driver was cited for violating the terms of a permit and also traveling with too wide of a load, over 102 inches.