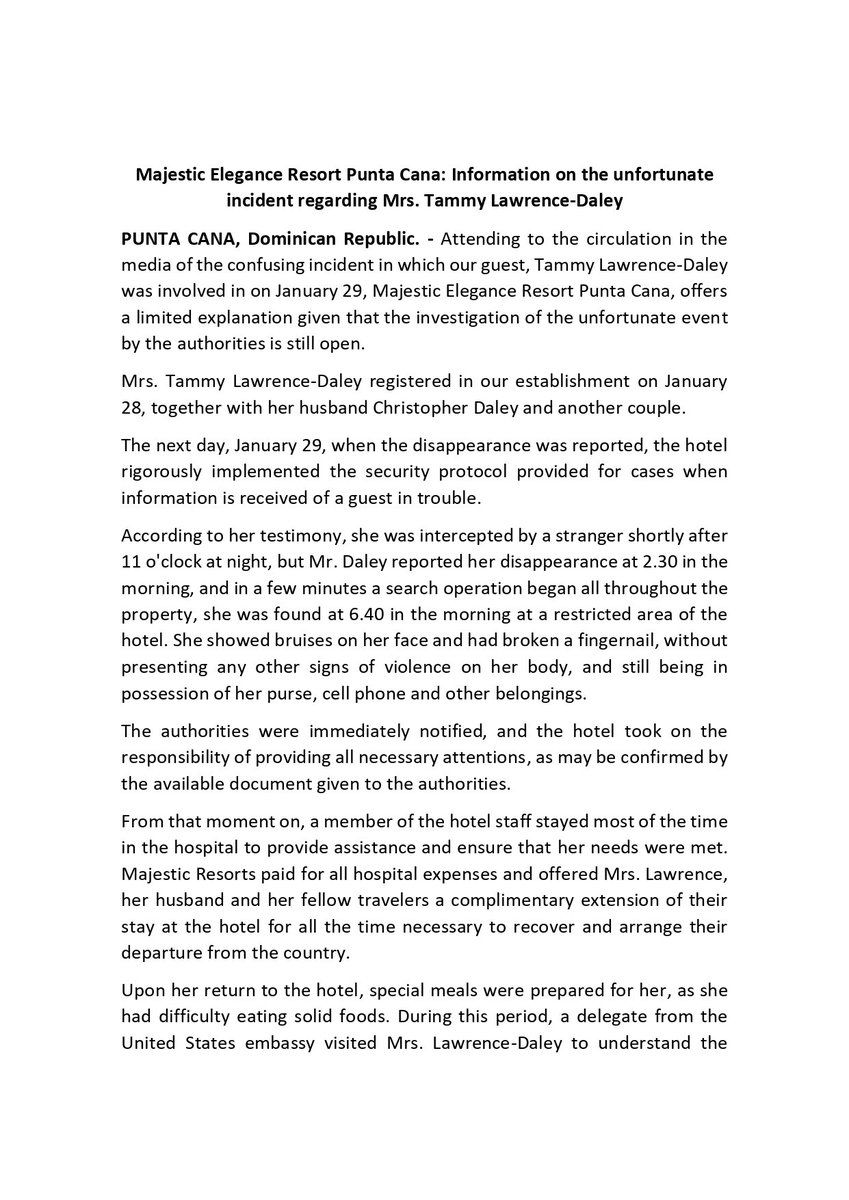 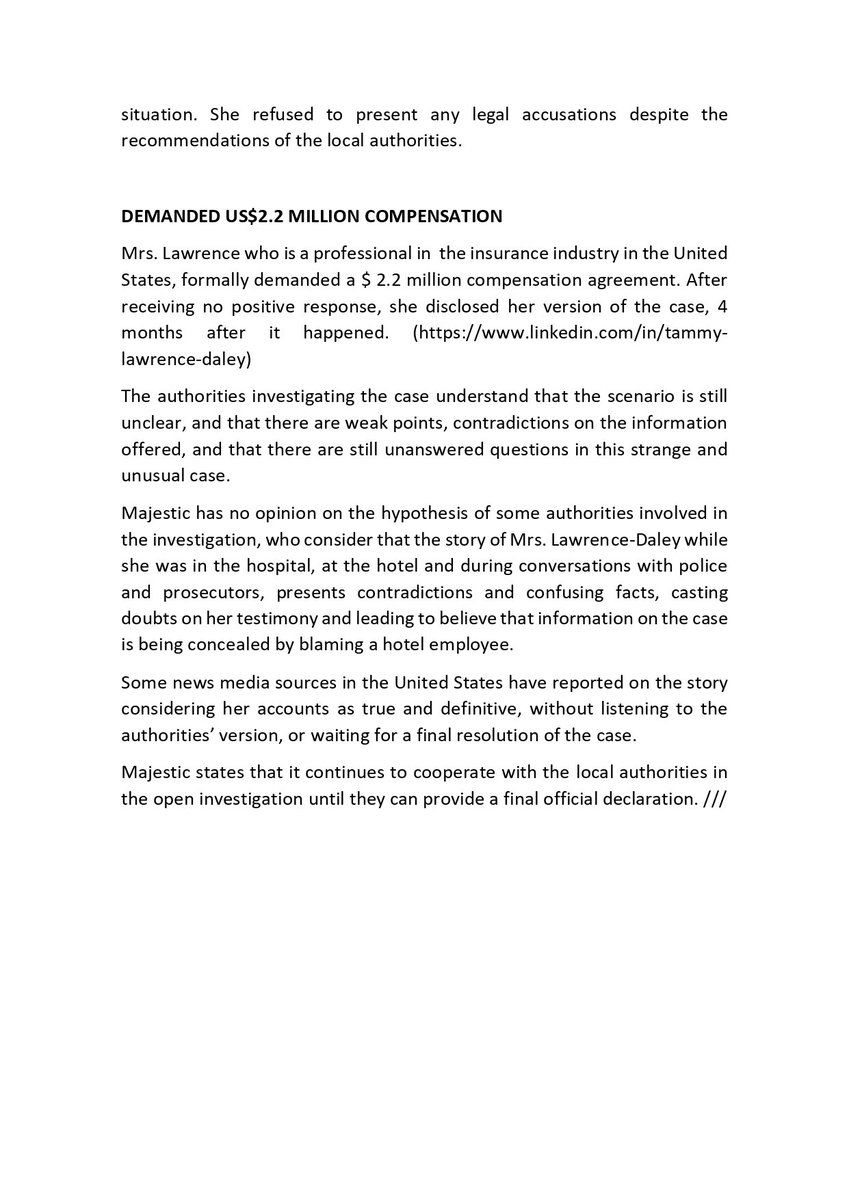 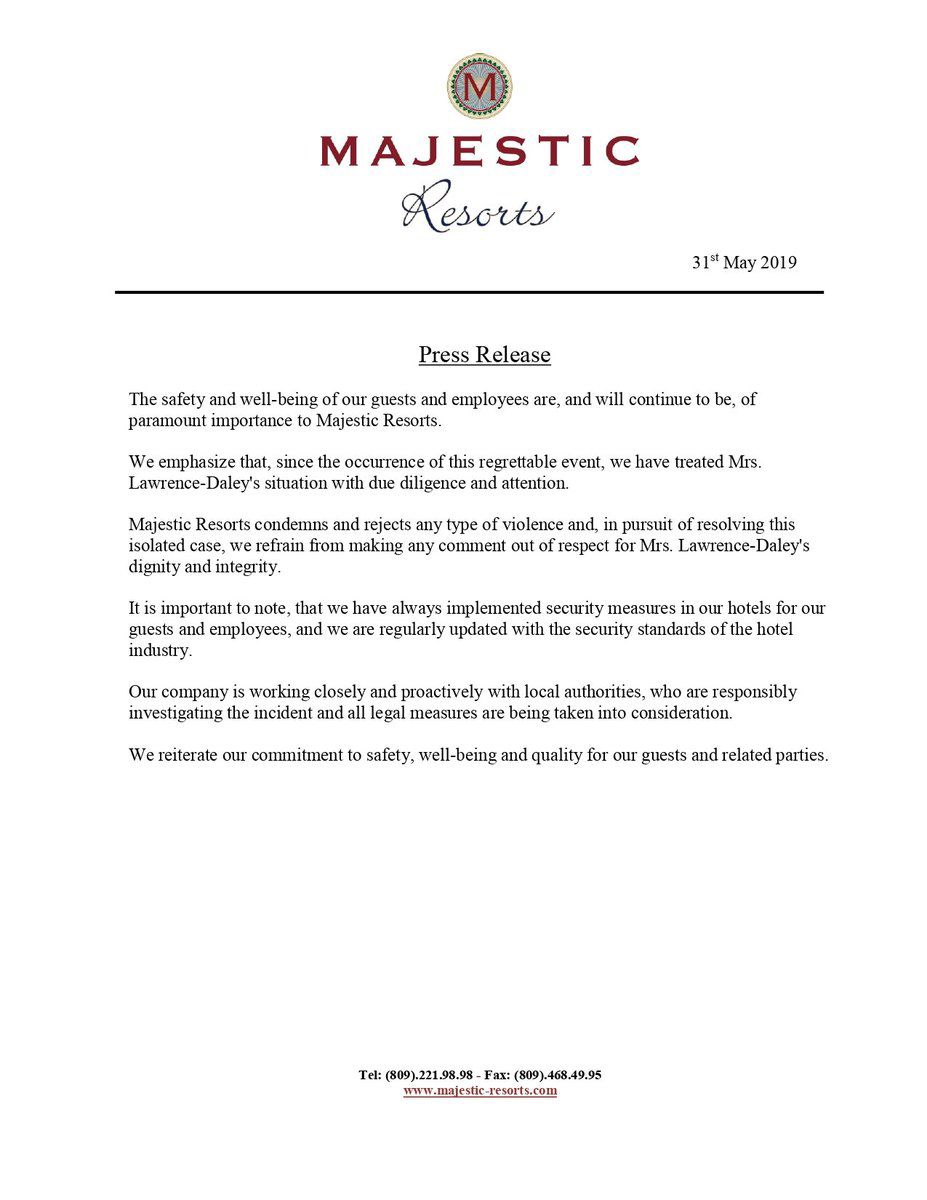 The hotel where a Wilmington woman claimed she was brutally attacked has responded, painting her recounting of events as questionable and stating the alleged victim sought $2.2 million in compensation before taking her story public four months after the incident.

Majestic Resorts, where Tammy Lawrence-Daley alleges in late January 2019 to have been dragged into a restricted area on the hotel grounds, beaten, strangled, and left for dead, released a statement via twitter:

The resort said Lawrence-Daley had "bruises on her face and had a broken fingernail, without presenting any other signs of violence on her body," and noted she was still in possession of her purse, cell phone, and other belongings.

The hotel said it immediately took action into reports she was missing, launching a full-scale search within minutes and immediately notifying police. Once found and recovering, the hotel said a member of the hotel staff remained with the family for most of the time to attend to their needs, and the trip was extended compliments of the hotel to give Lawrence-Daley time to recover before traveling.

"[S]pecial meals were prepared for her, as she had difficulty eating solid foods," the hotel said.

Majestic said in their statement:

"Mrs. Lawrence who is a professional in the insurance industry in the United States, formally demanded a $2.2 million compensation agreement. After receiving no positive response, she disclosed her version of the case, 4 months after it happened.

Recent troubles for American tourists in the Dominican Republic