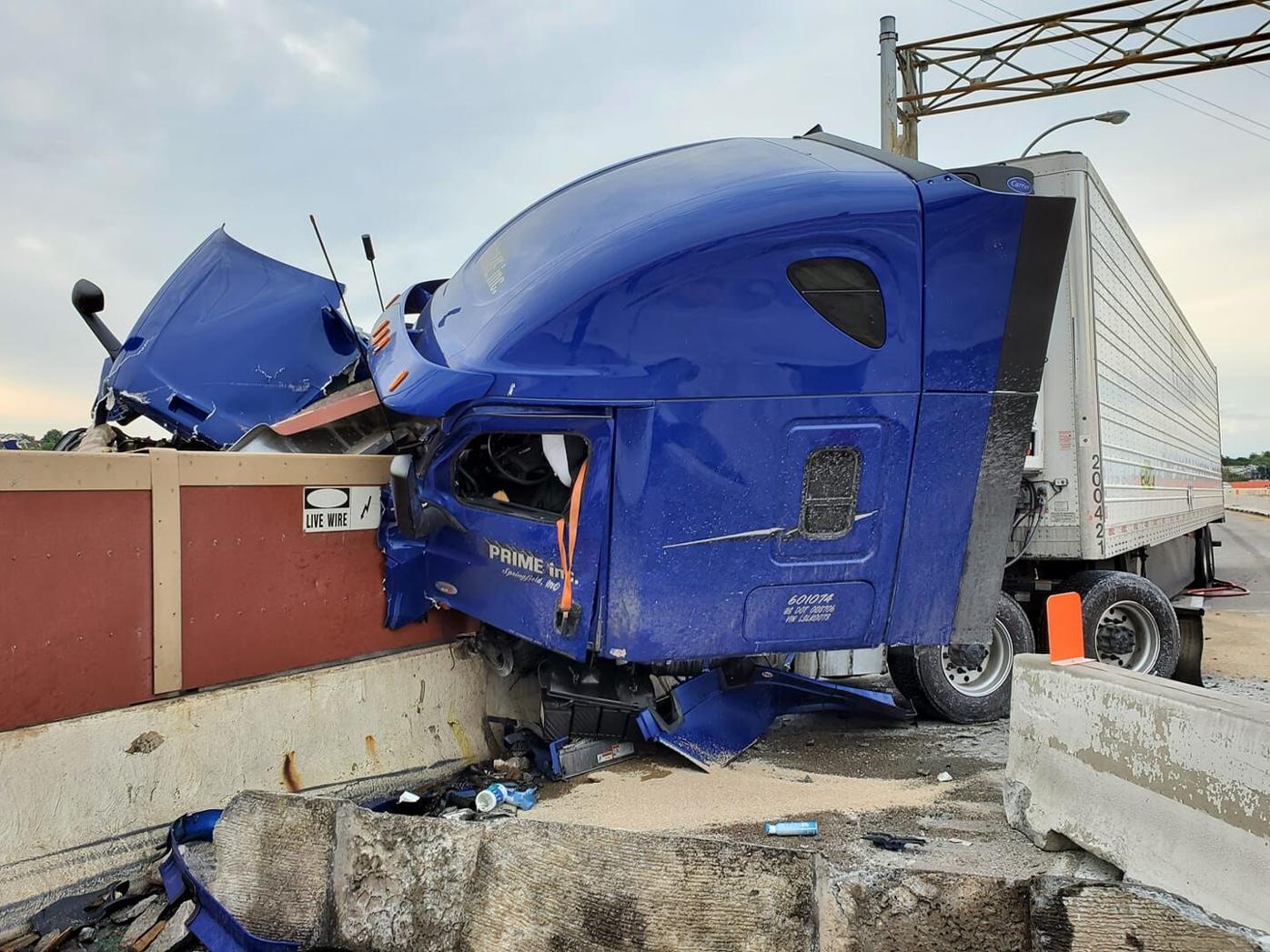 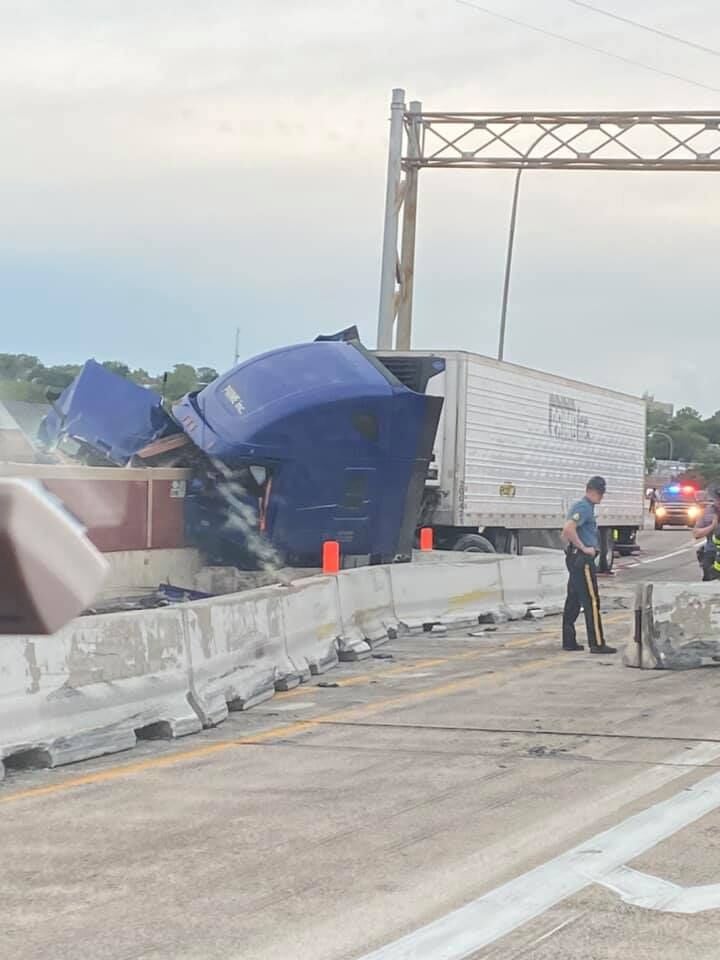 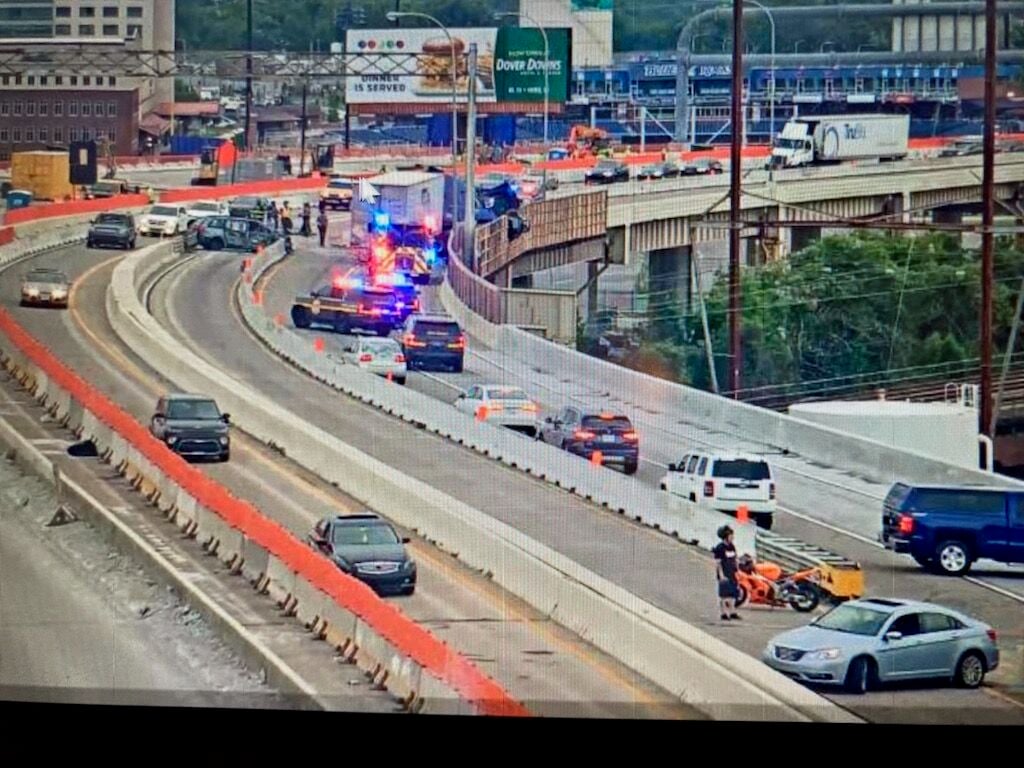 I-95 was shut down in both directions for nearly 12 hours through downtown Wilmington due to a crash involving a tractor trailer in the Restore the Corridor work zone.

I-95 remained closed in both directions until just before 6 a.m. Monday.

Preliminary reports from the Delaware Department of Transportation (DelDOT) indicated a northbound truck was in the right lane of the I-95 work zone, attempted to move into the left through lane, and collided with a mini-van that was already in the left lane.

The combined force of the truck and van collision pushed part of the concrete dividing wall into the southbound lane and into the path of an oncoming tractor trailer.

That truck driver attempted to avoid the jersey barrier but crashed into the outside retaining wall and ended up going over top of it penetrating a wooden construction wall, and ending up hanging partially off the viaduct.

DelDOT officials said the truck was leaking diesel fuel and debris from the crash rained down onto the Amtrak lines below.

Amtrak officials shut the train lines down to remove the debris and truck fluids. Trains were at a standstill approaching Wilmington for about three hours before moving again through the crash zone at restricted speeds, but intermittent delays were reported well into the night.

Delaware Natural Resources and Environmental Control (DNREC) hazardous materials units were at the scene for the fuel spill.

The northbound truck that caused the wreck reportedly fled the scene.

I-95 traffic was being diverted to I-495 at both the southern split (Newport) and the northern split (PA state line).

This is a developing story. Check back for updates.

No more big rigs allowed in the Wilmington work zone

Starting on Wednesday, September 15, 2021, tractor trailers will be restricted from using Interstate 95 through the Restore the Corridor work …