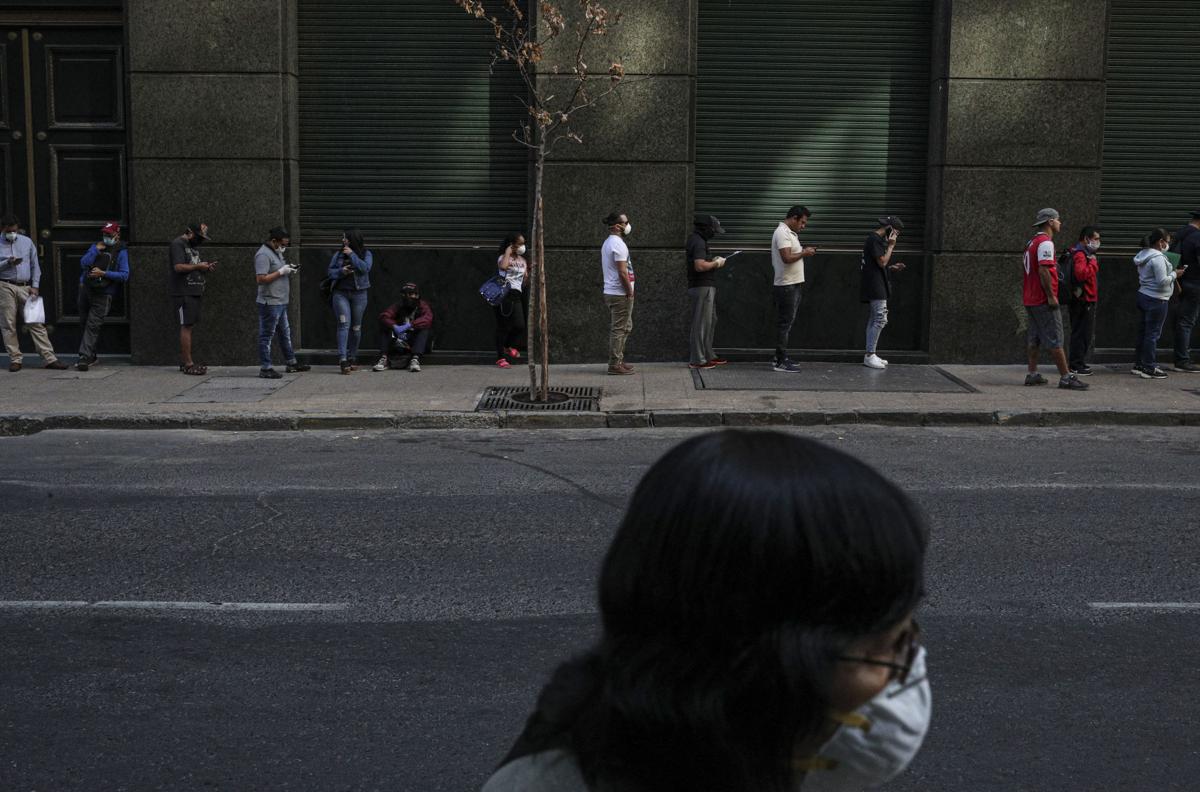 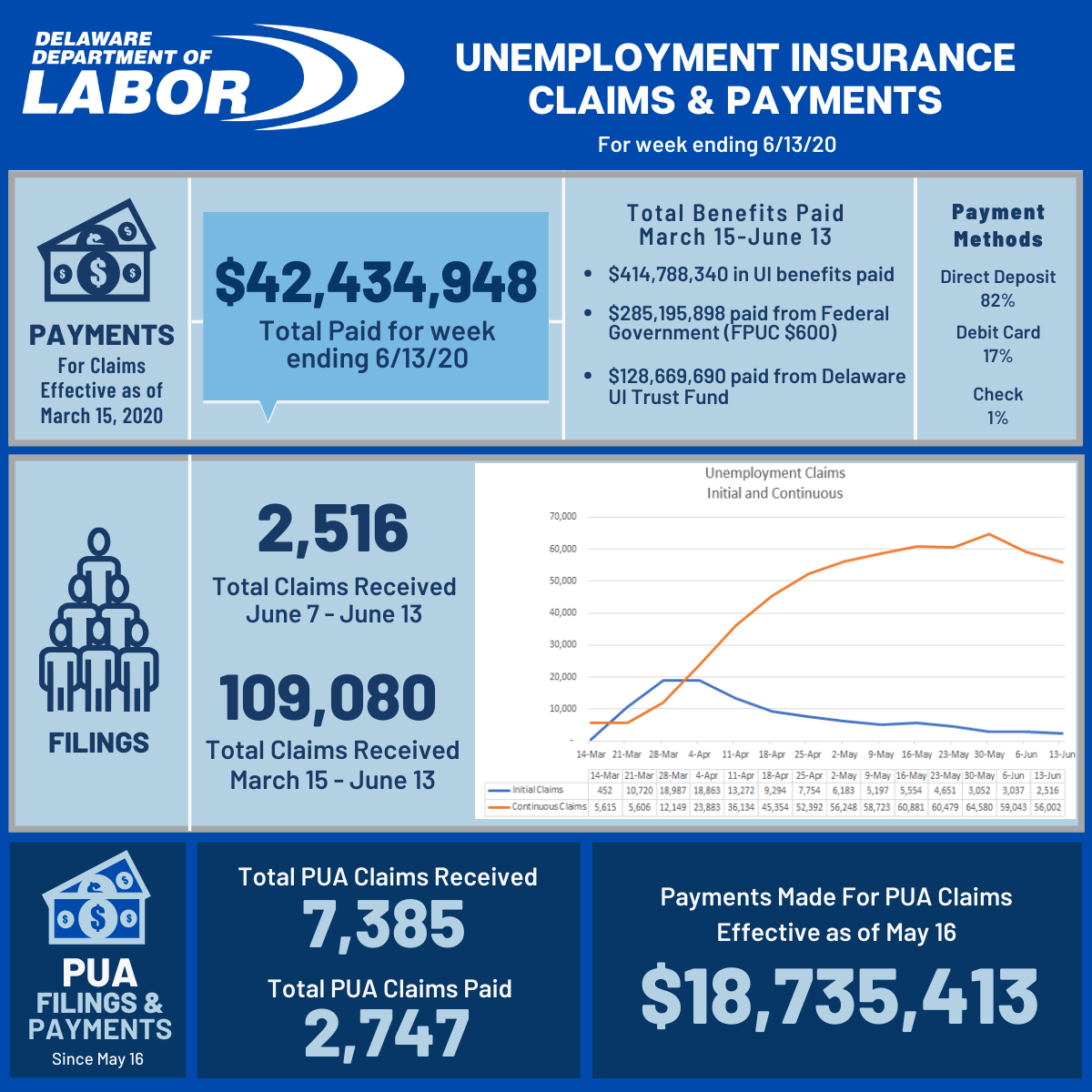 Delaware's initial unemployment claims decreased once again, as did the continuous claims for the First State, both positive signs--though numbers were still distressing.

For the most recent week, Director for the Division of Unemployment Insurance Darryl Scott said initial filings came in at just over 2,500, less than the week prior, but still five times what a normal week would look like pre-novel coronavirus COVID-19.

"Both are trending down," Scott said. "[It's] the lowest number we've received since the State of Emergency was called in the middle of March, down about 500 claims week-over-week...We have 56,002 individuals that receive continuous claims through the regular unemployment insurance program. And that was down from 59,000 last week, and 64,000 the week before. And so as the economy reopens we, without specific data, would attribute that to people returning to work. Both positive signs as we see the state's economy reopen."

Additionally, a great deal more Pandemic Unemployment Assistance-eligible independent contractors and self-employed business owners activate their PUA accounts and filed claims. Scott said the division is working their way through them, distributing funds to about a third of them.

"We've received a little more than 8,500 activations on the system--so, those are individuals that have responded to our letter, activate an account, meaning they created a username and password on the new system. Through yesterday, we had about 7,400 claims that were filed...And the number of claims we've paid to date is just under 3,000. I estimate that the total payments for those 3000 things is approaching $20 million."

Those PUA claims, which amount to just over $18 million, are tracked separately than the regular unemployment insurance benefits.

"For the past week we paid somewhere close to $45 million again," Scott said. "We should be over $400 million in total benefits paid for regular unemployment. More than 60% of that is through the federal pandemic unemployment compensation."

All of those continuous claims and outgoing payments has tapped the Unemployment Trust Fund, but the division will rely on borrowing from the federal government to compensate for those lost funds and ensure unemployment claims continue uninterrupted.

"Just so people are aware, our trust fund is reporting this week, we're at right about $60 million," he said. "We continue to spend down the trust fund. We've already taken steps to secure loans from the U.S. Department of Labor, to ensure that we have an ability and we will continue to pay unemployment benefits, even as the state's trust fund goes to zero. So we're making provisions to ensure that we've got dollars available to continue to pay unemployment into the foreseeable future."