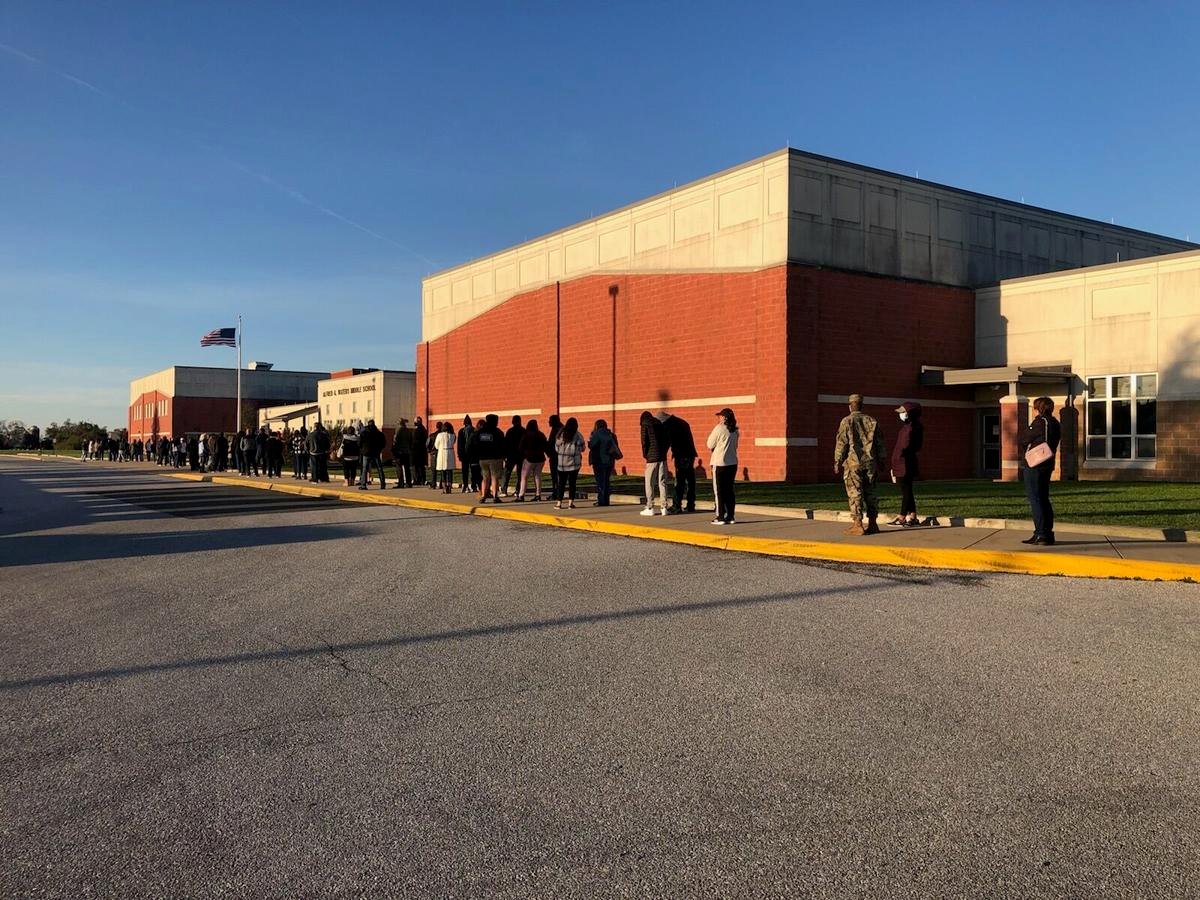 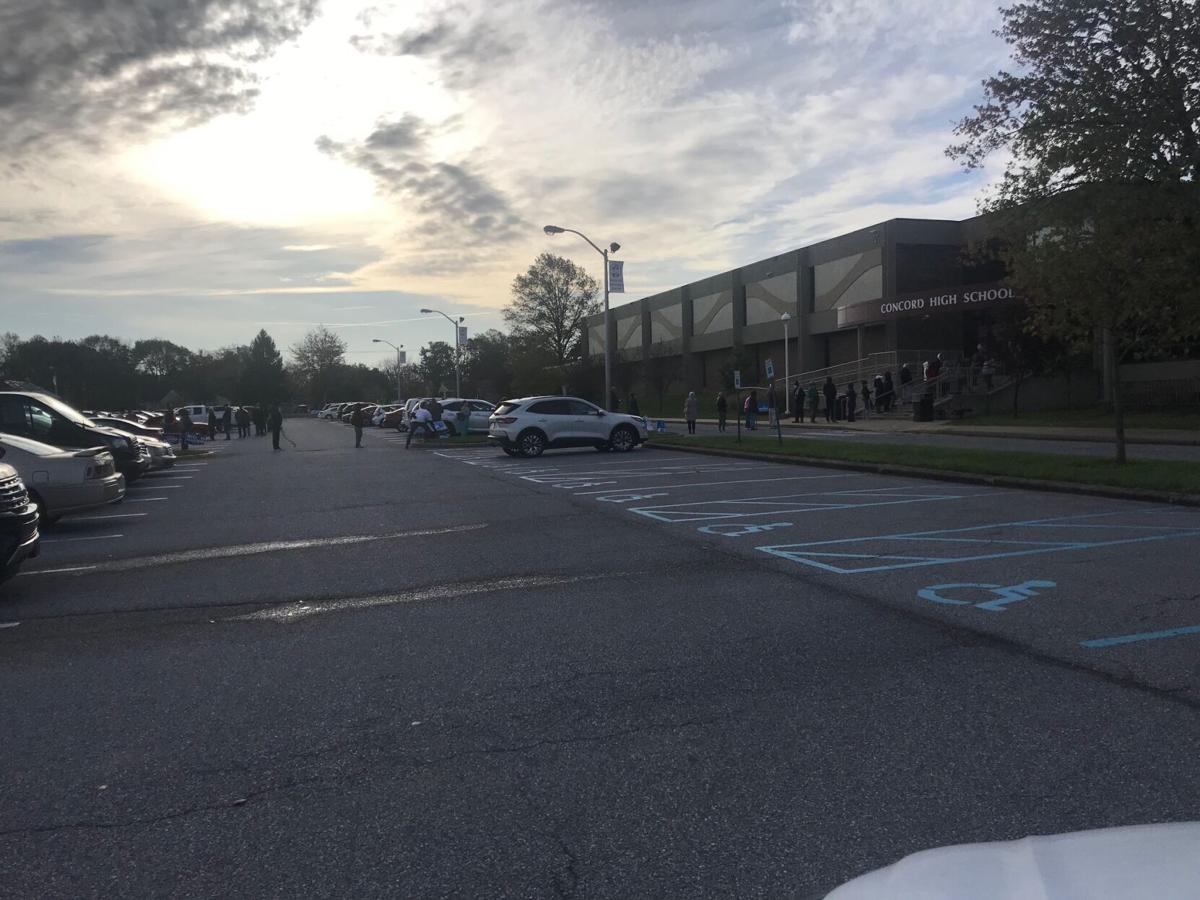 It's Election Day in Delaware.

There's a lot of information to process, from races to polls. Here, WDEL breaks down all you'll need to know before you head out to do your civic duty and cast your ballot.

Where should I vote?

Early Tuesday, long lines were reported first thing in the morning at many polling locations, including, but not limited to Brandywine Hundred, Wilmington, New Castle, Bear, Greenwood, and Lewes. Lunchtime and early evening hours are also popular times to vote; however, lines may become more frequent due to social distancing requirements inside polling places. As long as you're in line by 8 p.m., you will be permitted to cast your ballot.

It’s #Election2020 ! Long lines reported at some polling places—like this one at Brandywine HS. Wait time is 1 hour+. @WDEL can’t be everywhere as much as we try so tell us what you’re seeing! #netde #votede pic.twitter.com/XZNURUdS3e

Masks won't be mandated for those visiting polls in-person, but are encouraged. What is mandated are the presence of militias. Anyone visiting polls who feels they're being threatened or intimidated should reach out to the Delaware Department of Elections at 302.739.4277.

It is illegal for unauthorized private militias to be present at polling locations, intimida…

"I want people to come to the polls knowing that they are protected," said Attorney General …

"If you are registered to vote, you are entitled to vote. You cannot be coerced threatened hindered or intimidated in any fashion. It is important that you realize that if you are in line to vote when the polls close at 8 p.m. tonight, you can still vote, so stay in that line," said Attorney General Kathy Jennings. "If you make a mistake on your ballot, you can ask for a new one. If voting machines are down, you can ask for a paper ballot. If your name is not in the poll book when you show up, you can still vote with a provisional ballot. You will be notified how to find out if your vote was then counted.  If you have a disability, you can bring two people to help you."

There's, of course, the big race at the top of the ticket, but Delaware has some significant races at the federal and state levels as well.

President and Vice President of the United States

At the top of the ticket, you'll find embattled incumbent Republican President Donald Trump and Vice President Pence facing off with Delaware's own Democratic former Vice President Joe Biden seeking the title of Commander in Chief along with his vice presidential running mate Sen. Kamala Harris.

A more substantive debate but still full of fire

At a time when the two presidential candidates are battling over Latino voters, President Do…

At the federal level, Democratic incumbent Senator Chris Coons faces a challenger in America First Republican Lauren Witzke, whose past and current day activities have not prohibited her from beating the party-backed candidate and gaining strong footing among some of Delaware's farthest-right-leaning voters--though not all.

"I'm running for reelection to the United States Senate so I can keep fighting for Delaware,…

US House of Representatives

"My number one thing is to say: I hope that I have served you well," said U.S. Representativ…

Incumbent Democrat Governor John Carney is running against Republican newcomer Julianne Murray. While Carney has spent considerable campaign time focused on steering the state through the novel coronavirus COVID-19 pandemic, Murray, who's a downstate attorney, has introduced some of her own legislative ideas, including her Small Business Bill of Rights and Restoring Balance initiatives.

'Are you better off today than...4 years ago?' | GOP endorses Julianne Murray in race to challenge Gov. Carney

Delaware will be prepared for any resurgence of novel coronavirus COVID-19.

Also appearing on the ticket is Independent candidate Kevin Baron.