A voter fills out a ballot at a polling place at Lake Shore Elementary School in Pasadena, Md.

The Delaware primary election takes place Tuesday, September 15, 2020, and there are a number of candidates hoping to finalize their spot on the general election ballot.

Races will be sorted out Tuesday as the country prepares for a general election this November between Delaware's own former Vice President Joe Biden and current President Donald J. Trump.

Delaware is a closed primary state, so elections are limited to registered party members. If you need to find your polling location to cast your ballot in person, check out the PDF included at the bottom of this article, or visit Vote411.org. For the first time ever, the state Office of Elections is also anticipating an influx of vote-by-mail ballots, made possible due to the coronavirus pandemic.

Here, we'll take a look at some of the bigger races Delawareans will have to decide.

One of Delaware's U.S. Senate seats is held by Democrat Chris Coons, who faces a primary challenger this year:

"I'm running for reelection to the United States Senate so I can keep fighting for Delaware,…

Senator Chris Coons will have a challenger from within the Democratic party in 2020. Find out more about candidate Jessica Scarane:

These candidates are looking to make the ballot for a shot at one of Delaware's U.S. Senate seats:

The winner of this race will face Rep. Lisa Blunt Rochester (D) in the general election:

"I can't stress it enough that every person deserves a second chance," says Matthew Morris, …

Incumbent John Carney has a primary challenger following the completion of his first term:

This is the most hotly contested primary race this year for Delaware, with a number of Republican candidates looking to unseat Democratic leadership, who have held the seat since Tom Carper won the office in 1992.

The field of candidates vying to be Delaware's next executive head of state continues to expand.

'Are you better off today than...4 years ago?' | GOP endorses Julianne Murray in race to challenge Gov. Carney

"First of all, I believe the governor has overstepped his authority. But also, he's failed t…

Also running is Scott Walker (of spray painted campaign signs notoriety). Here's an article we wrote from the last time he ran in 2018, just after he livestreamed an AA meeting on his Facebook page but just prior to his DUI arrest:

VIDEO | Unconventional and controversial: An inside look at Scott Walker's campaign

Since his shocking win in the primary this past September, thousands are still scratching th…

Incumbent Matt Meyer faces a challenger in this year's primary at the completion of his first term.

"I won student council election in 11th grade that nobody thought I was going to win, and th…

A review of their debate can be found here:

'There's so much more to do': Wilmington City Council president wants another 4 years

Polls are open from 7 a.m. to 8 p.m. in Delaware. To find your polling location for voting in person, use this list--there are several additional pages viewable if you click on the PDF to open it--or visit Vote411.org to put in your address and be directed to your location automatically. 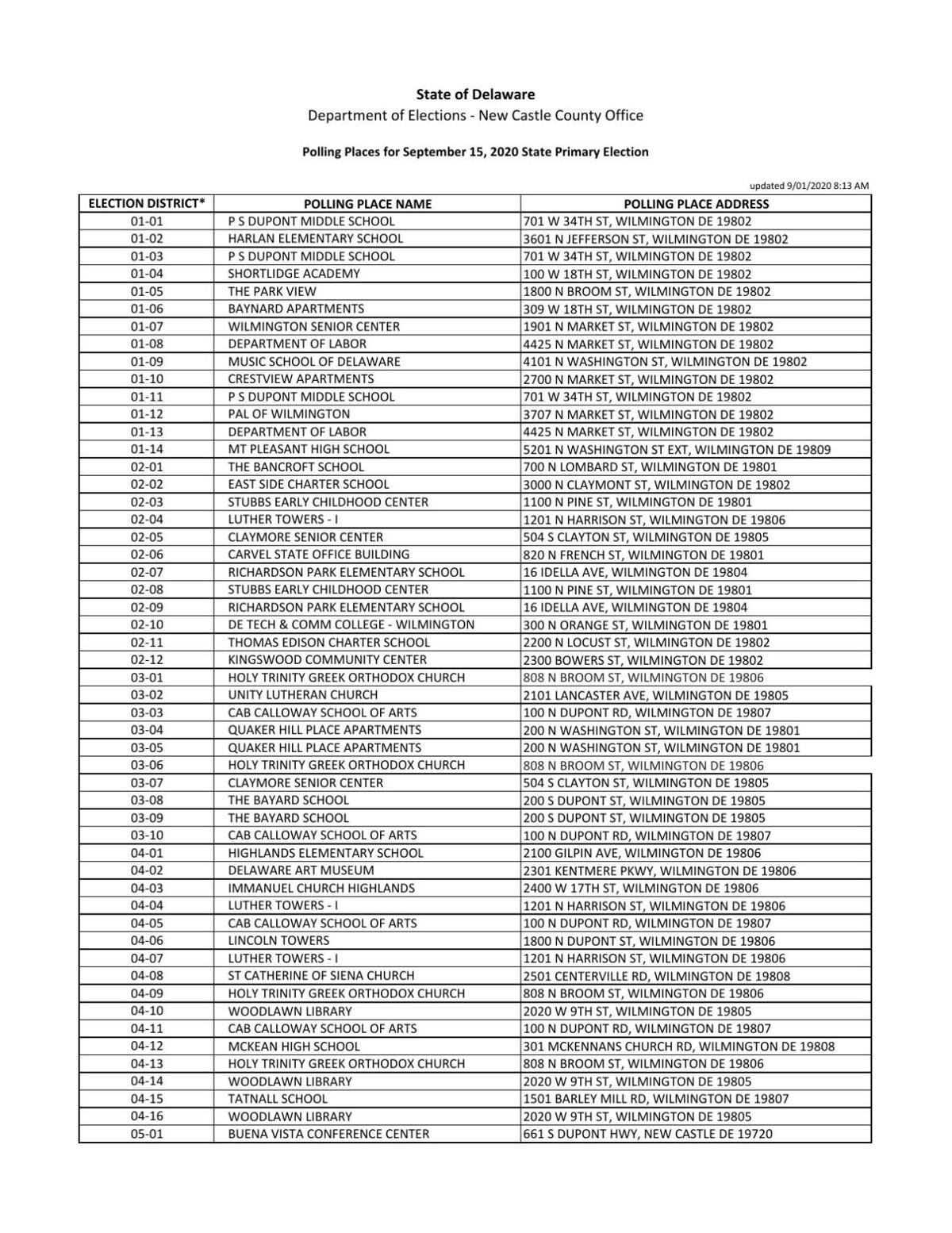