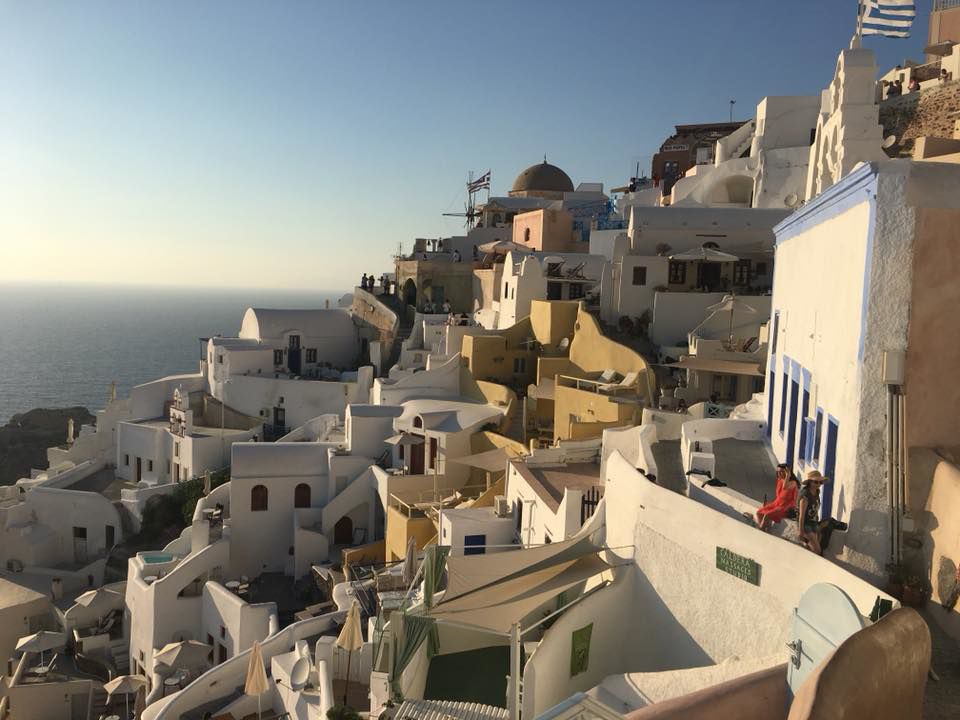 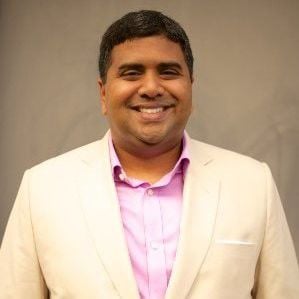 Naveen Dittakavi, co-founder of Next Vacay

You shouldn't be spending more than $500 a person to go to Europe.

And if you are, then consider spending a little to save a lot. The subscription-based service, Next Vacay, which I subscribe to, got me to Greece for $500 dollars a person round-trip.

Co-founder Naveen Dittakavi, along with his wife, Shaylee, started the service after one Christmas getting the best present of his life.

"I saw a crazy deal flash sale that was going on. It was a mistake, actually, and it was the price of $300 from various places in the United States to India round-trip. We had just gotten married so we had not yet visited a lot of my wife's family in India--we knew that an upcoming trip to India was going to need to happen. When I saw the deal for $300, I told my wife, 'we have to book this.' I've seen this happen before, and it's rare that these things last very long. She didn't believe me that it was legit thing," he said. "Worst case scenario they don't honor it, and we get our money back either from the credit card or the airline."

Ten minutes later, they had tickets in their inbox, proving their round-trip flight from Washington, D.C. to Bombay was a go.

"We helped so many people book their tickets to India, to Dubai, to South Africa, for around $300 because anywhere that that airline was flying, you could go there for around $300. It was a really bad mistake; I think someone lost their job over this," said Dittakavi.

That got them hooked on seeking out mistake fares and good deals for others.

"People started asking, 'I know you guys are doing well, but you're going abroad so often and for such short trips. Most people are going for a few weeks at a time, and we're going for five or six days at a time. I said, it's the same cost as going to New York. I love New York, but why would I spend the same amount of money and not see other parts of the world? Our friends started saying, 'Hey can you keep us posted when you...start hearing more fares out of my city? And it was mostly Atlanta and D.C., and I said, 'Yeah, sure.'"

That's how, in 2016, Next Vacay was born. For $25 dollars annually, subscribers can get all of their deals from his/her home airport and surrounding airports. Dittakavi said they have hundreds of thousands of paid subscribers. They send both international and domestic flights, and I've seen some pretty good cross-country deals to San Francisco and Los Angeles in the low $200-range.

Dittakavi still remembers a deal from Seattle to London for that got one subscriber psyched.

"She said, 'Never in my dreams did I think that I would leave the United States, and not only do I get to go on this trip, but I'm taking my mom too.' So this lady, who has never left the country, and her mom has never left the country, both were able to go to London to Seattle for $400 nonstop round trip. We were starting to help people see the world and expose themselves to new cultures and destinations that they never thought were possible for them. That is why we do what we do. People ask why do we charge so little? Because it's not about that. The money helps with having a team...we've got to pay salaries for our team. But it's not about the money, it's about helping people see the world and expose themselves to more cultures and more experiences that they never thought would be possible for them."

But when grabbing a mistake fare, it's important to exercise caution. Dittakavi said don't go all-out on your vacation planning.

"Back when he had booked our mistake fare for $325 to Bombay round-trip, there was not a Department of Transportation waiver, where the airlines had to honor a price of the ticket issued. Since then, the DOT has changed the rules that allow for airlines to rescind tickets after they've been issued due to mistake fares. What happens is airlines do not tend to rescind the ticket,s but they have their right do so. When you book a mistake fare, book the fare and just hold, don't make any other non-refundable reservations just yet, don't get excited and book that instant book Airbnb or that Priceline hotel or Hotwire hotel redemption where you can't back out of it. Just wait and see if a week or two the airline honors the ticket...and then continue on with your plan."

Nine times out of 10, the airline will honor your mistake fare for one big reason.

"If they didn't honor the fare it would cause so much pain on social media that they just kind of just bite their lip and let it go because chances are they're going to reform their systems and it's not going to happen. Some true mistakes are pretty rare," said Dittakavi.

But what Next Vacay looks for is what's called inventory fares and when they find sales they watch them like you watch deals on Amazon Prime Day.

"What tends to happen is about two months out the seats start to open up and the prices start to drop. What happens when this happens is it starts to set off price wars. It's not intentional but one airline will drop their prices because they need to fill up the plane, and another airline monitoring that same route will start to drop their flight in relation because they want to stay price competitive to people who might be searching. This starts to set off a wave of events, and you start to see national fare sales to a handful of destinations in Europe, and the entire United States will go on sale to Europe for about 36 hours.

So what our team will do is we start to spin off our resources, and we've also modeled what cities go on sale next. We know that, if for example, if Philadelphia to Munich is now going on sale on American, then we know within a matter of hours, that let's just say Kansas City or Charlotte will go on sale to Munich and will be similar in price to the Philly to Munich fare sale.

"We also don't send a lot of last-minute fares because it's not realistic. Most people are working traditional jobs, where they have to coordinator with their employer, their spouse's employer, they have to coordinate with their children's school, and they need a little bit more advanced warning for all of those parties in order to make a trip happen for their families. There are these digital nomad, and even I can work from anywhere, but we're so few and far between even though they're more of us, we tend to think about our deals in the eyes of someone who's working in an office."

But you've got act quick. The average deal lasts just 24 to 36 hours.

One of the best deals he's seen since they started Next Vacay:

"The best fare sale that I've ever seen for economy has been one that was like sub-$350 to New Zealand roundtrip. That is a very, very long flight--that's even longer than our India flights--so for people to then grab those New Zealand deals or those $580 Australia deals, it's incredible. Those are great opportunities to go that far for so less. When that happens we tend to announce that deal wider because it's worth it, for example, for someone to grab a cheap Southwest flight from Tennessee to go down to Texas to then change planes to then go to Auckland for another $300-$400. We highly recommend people do things like that."

While we've told you lower fuel contributes to some of these deals--so does competition.

"We don't want them to further consolidate because competition against the airlines allows the computers to fight against each other to reduce the fares both in your city and in other cities around the country. If we have fewer and fewer airlines serving hubs, then those hubs no longer become 'deal hubs' and you have to what we call re-position to another city ,where there are multiple airlines competing for business. That is what the end of the day what we are hoping for is no more airline consolidation, but let the competition continue to occur so that we, the traveler, can continue to take advantage of some really good deals when the airlines start fighting among themselves for tickets."