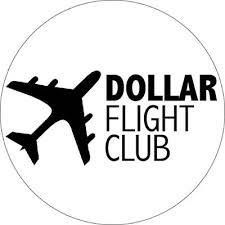 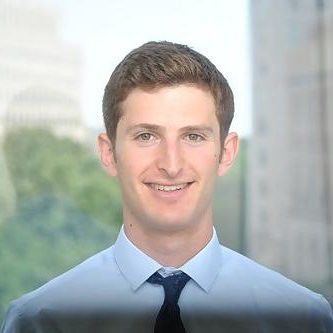 A new service offered by Dollar Flight Club seeks to help you travel in luxury for far less.

JetSet | Travel in luxury for a fraction of the cost

Dollar Flight Club was founded about two-and-a-half years ago and aims to save you big bucks on international and domestic flights through an email subscription service.

They're not alone in the market. Lots of services offer this, and we've profiled some of them here on JetSet. But where Dollar Flight Club stands out is in a new service they're offering--it's one their subscribers told them they wanted.

"Almost 80 percent of them said 'we want business and first class flight deals' because we don't currently offer them, and no one else in the market or any competitors offer them, as well, so what we're doing is now our team is going after and searching for these business and first class deals like from the U.S. to Europe for $1,500 in business class or the U.S. to Europe for $1,800 in business class--just a few examples in this past week," said Jesse Neugarten, the Seattle company's 27-year-old founder. "So it's just giving people the opportunity to really experience that luxury, really just for a bit more than an economy-priced ticket in some cases."

Or a lot more compared to the economy prices I pay, but I'm a deal hunter and won't pay more than $400 to go to Europe and $550 to go to Asia. There's a whole faction of the world who will only travel on very specific dates at very specific times and so they pay top dollar. I've got to admit, the idea of traveling in luxury--for what a regular price ticket used to cost or for what so many others are resigned to pay--is appealing.

"These deals are really hard to find, so we're just going to make it easy for people, and that's what our mission is: just making it easier for people to travel more and spend less doing it, and there's a lot of different use cases for people who want to go on honeymoons--or just one big trip a year, and they want to do it in style--but the just don't have the money to spend a ridiculous amount on the flight, and then, also older folks who want to have more comfort as well."

But being self-admitted economy fliers and looking for the cheapest deal to get to where we want to go means our loyalty needs to be a bit flexible.

"I don't really have an allegiance to any airlines or anything like that. Where the cheapest ticket is, I'm going to take that one, But with this new business and first class product that we're launching, I'll be able to use this service for myself as well, hopefully snag a few great business class tickets when I'm going on, maybe, some special occasions," he said.

Let's talk bang for your buck on said service, which just launched last week: how many of these luxury flying deals are there to be had? Well, that depends on where you live.

"For example in the northeast, there's a ton of business and first class deals out of those airports. So usually you're going to see, maybe, five or 10 from your home airport per week...there's definitely quite a lot of options from that area. But if you looked in a tiny city, maybe somewhere in Montana, for example...you might not see as many."

With Philly being home base for us, you can expect to see a fair amount of deals.

"Out of Philadelphia, you'll probably see between five and 10 deals in first and business class per week. Lots of international airlines are flying especially to Europe, and more and more are opening routes direct to Asia, which is really exciting."

If you're willing to inconvenience yourself a little to save hundreds--or sometimes thousands of dollars--and will make the trek to Newark or JFK airports, which we've highly recommended many times to listeners of JetSet, you'll find even better deals for business and first class just like the economy fares.

"New York, JFK are our number one city--I mean there's honestly too many deals, we'd just be sending too many, if we sent them all. Those business and first class deals, New York is going to be the best for those. Then, Washington, D.C. is right up there with it. We also do find great deals from Philadelphia as well, I'd say there's probably maybe a third of what we would find out of New York. It's definitely a little tougher to find out of Philadelphia [but] we definitely do; there's definitely a decent amount.

He pointed to an economy fare between Philadelphia to Dublin non-stop on American for $349 round-trip.

The savings you stand to make, though, are higher than what you'll shell out.

"With our current offering which is international and domestic economy tickets, the average savings is around $500 U.S. dollars per ticket, so think from Philadelphia to Rome for $250 or $300 round-trip, are some of our best European deals.

"With this new offering, in the business and first class, the savings are up to $3,000 U.S. dollars because often a business class or first class ticket to Europe can be upwards of $3,000 to $8,000. What we're finding is those deals in the mid-to-high $1,000's, so think $1,500 to $1,900 round trip in business class is what we'll see, so the savings are really, really high on these business and first class tickets...so if you book one flight it pays for itself numerous times over."

The premium plus membership also comes with several travel-related perks.

"So think about travel bags, travel apparel, safaris and scuba diving trips--we have gotten up to 50 percent discount on those for our customers, which comes with a premium membership, so there's also just some really cool stuff in there as well that people can take advantage of," he noted.

Plus Mobile Passport is charging now to save all your vital information; with Dollar Flight Club, you'll get access to all aspects of that app for free too.

"They just started charging a few months ago...and it was free for a long time, and I think what they updated is, now you have to pay to be able to kind of save all of your Passport information; if you don't pay, then you have to re-upload it every time you go in and out of the country...that's the difference."

But admittedly it's not the worst task to have to do when you're stuck waiting to deplane anyway.

Neugarten couldn't reveal exactly how he finds the deals...

"It's a lot of hard work on our end, finding those deals manually, but what we've done is we actually work with some large airline data partners to pull in data, and what our team does, and really some of our secret sauce is our team actually goes through those deals to make sure they're really great, and that they're really relevant, and that they're deals that our team would actually take, so they're not 20-hour layovers or three stops; they're all on great airlines, and they're deals that people actually want."