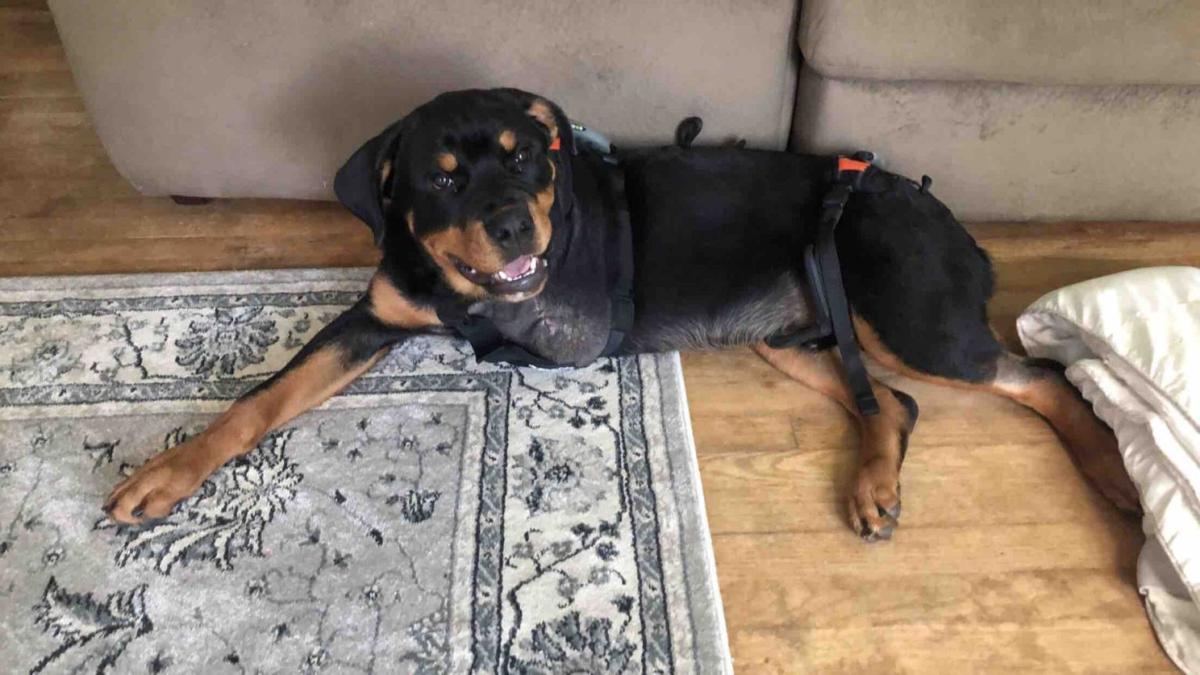 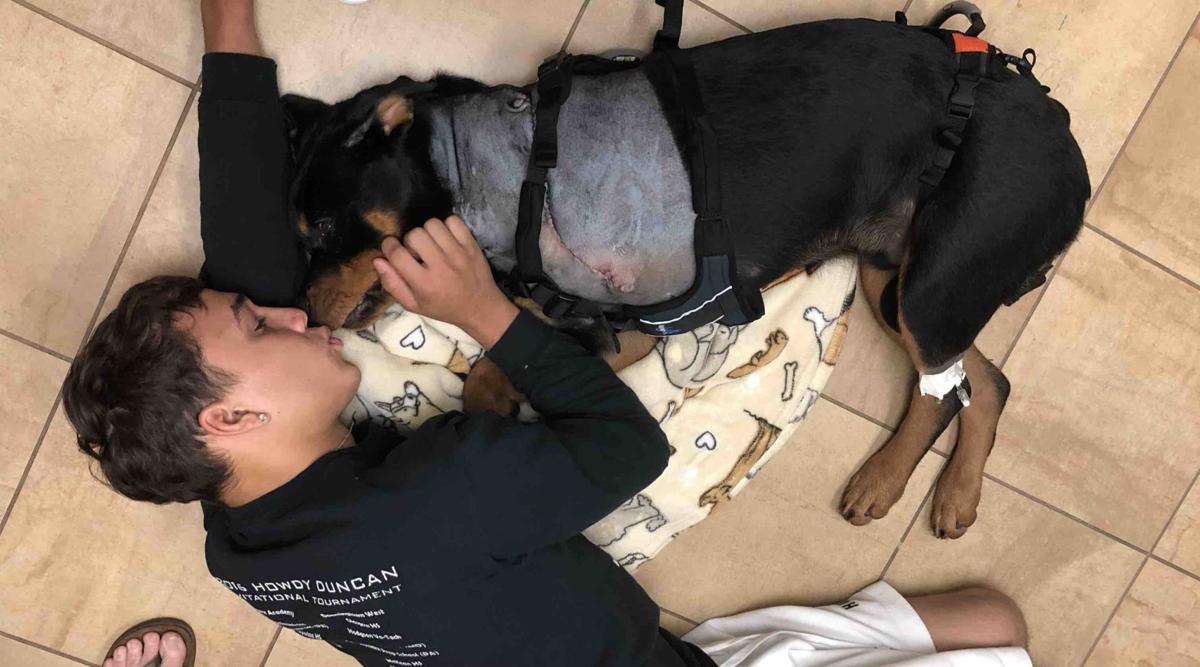 A Mastiff or Bullmastiff has been seized by Delaware animal control officers Wednesday, nearly a week-and-a-half after the dog nearly killed another dog in Banning Park outside Newport.

"We're going to get some kind of justice for Milo, and this dog will not be able to injure another animal or human being, so they don't have to go through what we've been going through with them," said Kathy Ramunno of Newport, whose daughter owns the injured pup.

Milo, a 6-month-old Rottweiler puppy, had to have his leg amputated following an attack that occurred in the large, gated dog park within Banning Park on June 23, 2019.

At the time of the attack, the Mastiff's owner, gave the name of "Dawn" and vowed to pay Milo's medical bills.  But shortly after the attack, her telephone number had been disconnected, and her social media accounts had vanished.

Ramunno said it wasn't until State Sen. Stephanie Hansen got involved on Wednesday, July 3, 2019, that animal control took action and tracked the Mastiff to an address near Newport--not far from Ramunno's home.

"Within an hour-and-a-half, animal control knocked on my door to give me a copy of the report, telling me that they had the dog in the back of their truck, and the dog would be quarantined for 30 days until a court date could be set."

The Mastiff will face a dangerous dog hearing.

"The animal control officer has pictures of the wounds on Milo--they're all over social media.  He has copies of all of the vet reports and the bills, so I think she's going to have a really hard time proving that her dog was not a threat," said Ramunno.

Ramunno said the same animal control officer had previously dealt with the Mastiff, several weeks ago after it had allegedly gotten loose.

"Saying, 'look we've seen this woman in Richardson Park, this is her dog, this is where she lives'...with social media and the internet, it's very hard to hide anymore," she said.

Ramunno initially thought the dog's owner was going to do the right thing.

But within 10 minutes of finding out that Milo's initial emergency vet bill was upwards of $800, Ramunno said she ghosted her.

"When animal control went to her house, I asked them, 'Well, how was she?'  She said she did confirm the incident, she didn't deny it, she didn't try to hide it.  So that's a good thing, that she did admit to it."

The community has rallied to help Ramunno pay Milo's medical bills, raising nearly $6,000 so far, through a GoFundMe.

"She will be held accountable, she is going to have to go before a judge; there are going to be fines that she has to pay," said Ramunno.  "I'm happy, [but] it's not going to change the event that happened.  It did not have to happen--it was a senseless act that didn't have to happen.  She knew her dog was aggressive, but yet she chose to bring her dog right up to my dog, knowing how her dog's behavior was.  If she would've just stayed in her half of the park, and stayed away, Milo would be running around playing with his toys, just being a normal, happy little puppy."

Milo had a bad night, suffering from anxiety and panic attacks all night, as he relives the vicious attack.  He's got a long road to recovery.

"We've averaging one-to-two [attacks] per hour," said Ramunno.  "It's like a human suffering from PTSD, it's going to take time.  All we can do is show him love and support, let him know we're here, we're going to protect him, we love him, we're going to care for him."

Delaware Animal Control asked pet owners to take the following precautions when visiting a dog park in their area:

If an incident occurs, pet owners should call Delaware Animal Services immediately at 302.255.4646

“Dog owners should not assume their dog – even if typically friendly – will never attack another dog or human,” said Delaware Animal Services Chief Mark Tobin. “Unfortunately, dog bites do happen, so pet owners should always remain vigilant when dogs are interacting with one another.”

According to state law, dog owners are liable in damages for any injury or loss to another person or property, including pets, caused by an attacking dog. When an animal owner wishes to seek reimbursement for costs incurred from an incident, it is considered a civil matter.

A nearly six-month-old Rottweiler puppy named Milo screams as he tries to get comfortable.

A Justice of the Peace Court this past week deemed a Mastiff that attacked another dog at a park near Newport earlier this summer as a dangerous dog.

See contents of purse discovered after decades in wall