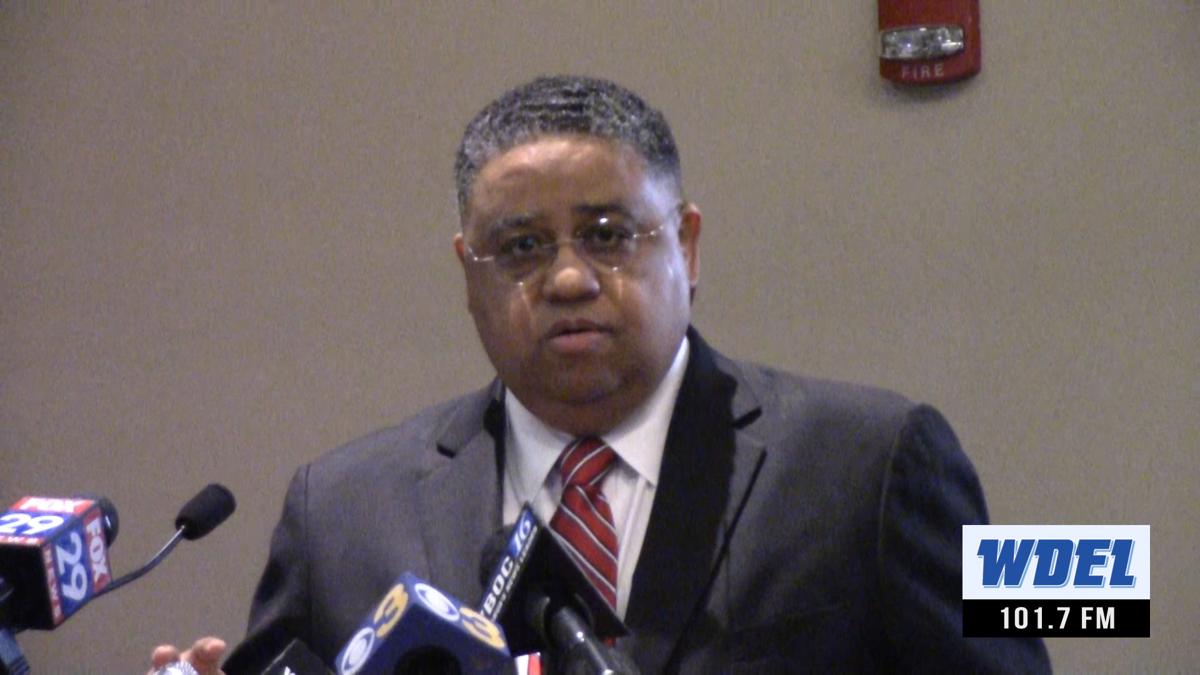 A federal lawsuit filed by the pastor of New Caanan Baptist Church over Governor John Carney's novel coronavirus COVID-19 restrictions on worship is likely headed for a bench trial.

U.S. District Court Judge Colm Connolly denied a preliminary injunction, declaring it "moot" based on new guidance issued by the state on Houses of Worship Thursday.

According to a letter from the state filed with the court, the governor has removed all mandatory restrictions on houses of worship beyond what's generally applicable to all secular entities.

"The New HW [Houses of Worship] Guidance is meant to serve only as a helpful aid for churches and other houses of worship that choose to hold in-person services as well as those that do not in these uncertain times. As just one example, while houses of worship are currently discouraged from conducting activities in which an officiant physically holds a congregant, as in some baptisms, under the New HW Guidance there is no prohibition."

The letter also notes Delaware is scheduled to enter Phases 2 on June 15, when indoor occupancy will be expanded to 60%.

The move is the latest in a continued scaling back since the controversial guidance on worship was originally issued. Initial guidance restricted the elderly from attending services at churches, mosques, and synagogues.

At the start of the pandemic, Delaware had deemed religious organizations "essential" when other businesses were deemed "non-essential" and forced to close. But places of worship were hard-pressed to be able to hold services given the state restricted gatherings to 10 persons or less.

Then, the state issued its first guidance on the subject on Monday, May 18, 2020, allowing places of worship to hold religious services indoors, one day per week, with occupancy limited to 30% and social distancing practices in place. Virtual services were encouraged. The one-day-per-week requirement mysteriously dropped off the state's guidance by the next day, opening up services for seven days a week. Now, restrictions on age have also been eliminated, though the elderly remain "strongly discouraged" not to attend. Also eliminated: previously established one-hour time limits on services.

New guidance issued June 2, 2020--not released in traditional ways by the state--discourages, but does not prohibit, in-person activity at houses of worship.

"Although plaintiff does not believe that the issues are moot, the concern is the ongoing irreparable injury to the religious interests of Pastor Bullock," said Bullock's attorney, Steve Neuberger.

"What do you mean by that? For precisely the reason the preliminary injunction is moot, what are we dealing with going forward other than the possibility, as you put, if there's a spike...speculation that the state may try to impose obligations, requirements again that are not currently on the books, what's the urgency?"

"The urgency is whether or not the state is going to interpret some of the language in the order that's been adopted and incorporated by reference in the guidance about the sharing of food, use of the tongs, and whether or not those things are going to be applied to communion service. There are some similar concerns along the lines of Baptism; there are some similar concerns with some of the requirements to preach--the face shield, the mask, things of that nature--that the governor has been doing during his meetings with the media, that the former vice president did not do during his meeting with pastors at a church this past week," Neuberger said.

Communion at New Caanan Baptist Church can't be distributed with tongs, attorneys for Bullock claim. The 20th Modification to the Governors State of Emergency requires "ready-to-eat foods" be distributed via tongs or "other barrier" to prevent bare hand contact.

"Under the Establishment Clause, the state is not allowed to tell them what to do when it comes to Communion," argued Neuberger. "Part of this stems on whether that's considered a ready-to-eat food...there's a lot of that level of concern."

Neuberger also cited the 20th Modification's six-foot radius requirements, which he said could prevent Baptisms, which he called another "essential religious rite."

Requirements for face coverings in that modification were also brought to the judge's concern. Judge Connolly pointed out the face coverings provision applies to all businesses.

"It doesn't have to be narrowly-tailored. So, I don't think it is appropriate given the emergent conditions we are all under, given the scarcity of federal resources, to create issues for a federal court to have to dive into unnecessarily. And I say that again--notwithstanding the fact that religious rights are really important--but we don't create disputes unnecessarily."

Neuberger said his concerns remain under the Establishment Clause--not under the Free Exercise Clause.

"This is regulating the internal function of a religious rite, an essential religious rite on how a church conducts its service," said Neuberger. "The government's not allowed to be involved in directing or controlling how a religious rite is conducted within the four walls of the church."

"But you've admitted yourself that the government is allowed to get involved in the affairs of the church--for instance by setting occupancy limits in the building, right? This provision, which has been issued to deal with a pandemic that our country has not seen in 100 years, and for which...tens of thousands of people have died, and this provision, if I read it, it says that if you're going to have a speaker, reader, or singer, you've got to maintain at least 13 ft. of distance between themselves and the audience or stand behind a physical barrier partition, such as a sneeze guard, and so if you want to take the position that that violates the Establishment Clause, maybe what we ought to do is have argument on that, and I can issue an opinion on that, rather than waste other resources."

Neuberger disagreed, saying they'd prefer that argument be combined with an expedited trial on the merits of the case.

"I don't. I actually don't. I think that is taking advantage--unfairly--of the resources of the court. I think it is unfairly imposing on the scarce resources of the state government and the governor that are having to respond to emergency circumstances that are changing all the time. I don't think it's fair to do that, so maybe you ought to then articulate exactly what it is you want decided and what your concerns are," said Connolly.

The case is likely headed for a bench trial on its merits. Bullock is also seeking a permanent injunction to ensure that such restrictions on religious freedoms aren't violated in future emergencies.

Trial could come in late summer or early fall.

Since the State of Emergency in Delaware, tied to the COVID-19 pandemic, led to stay-at home…

Places of worship permitted to hold services at 30 percent occupancy, but that won't stop a federal lawsuit

Churches, synagogues, and mosques will be able to hold services at 30 percent of their estab…

They're calling themselves the "Committee to Save Christmas," and they're threatening legal …