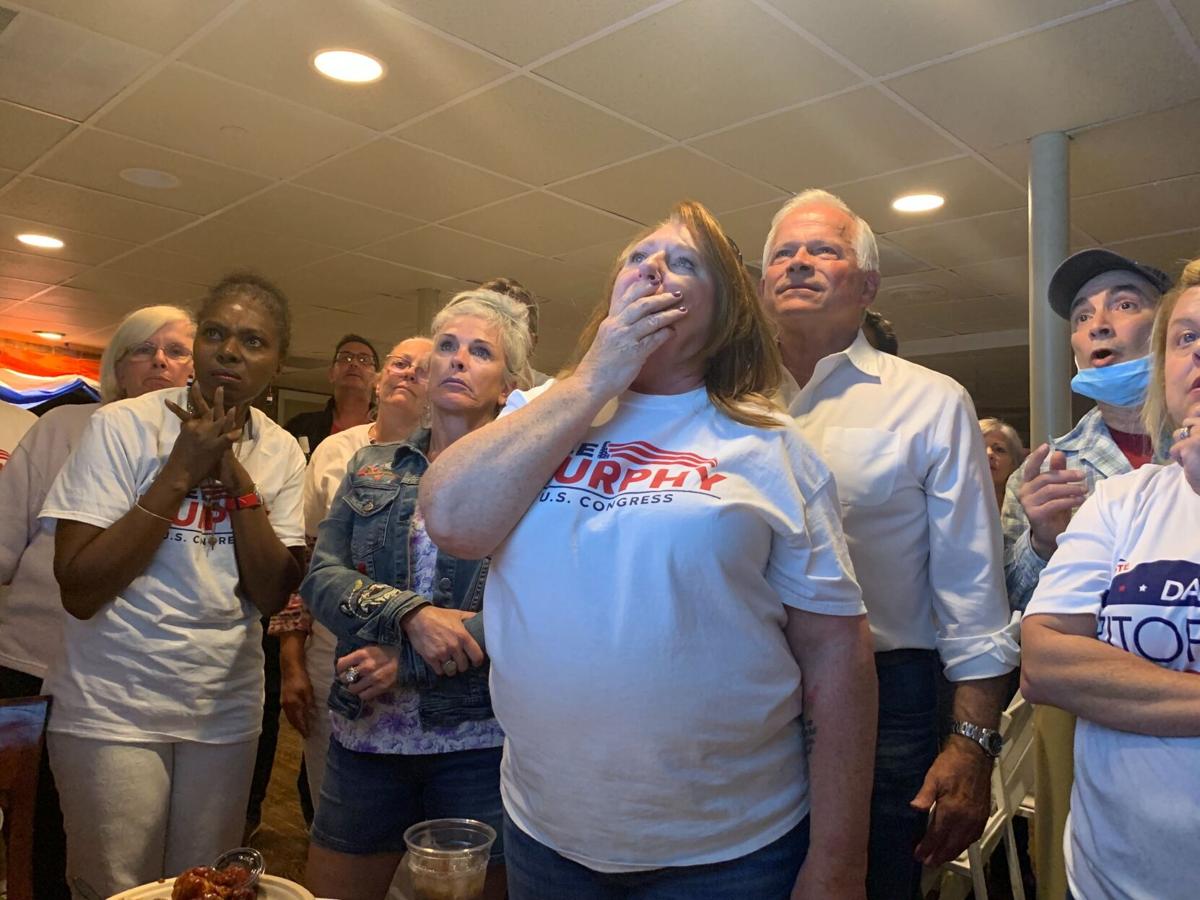 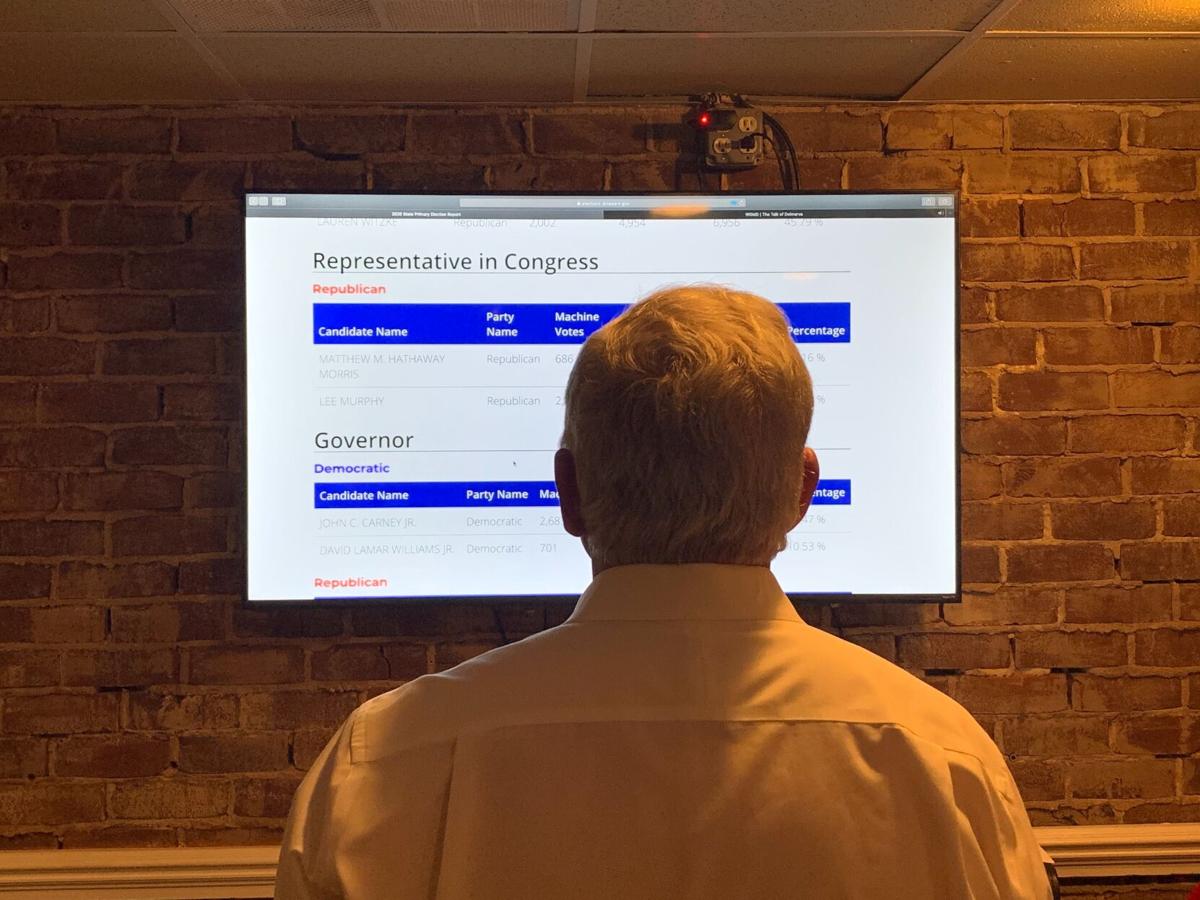 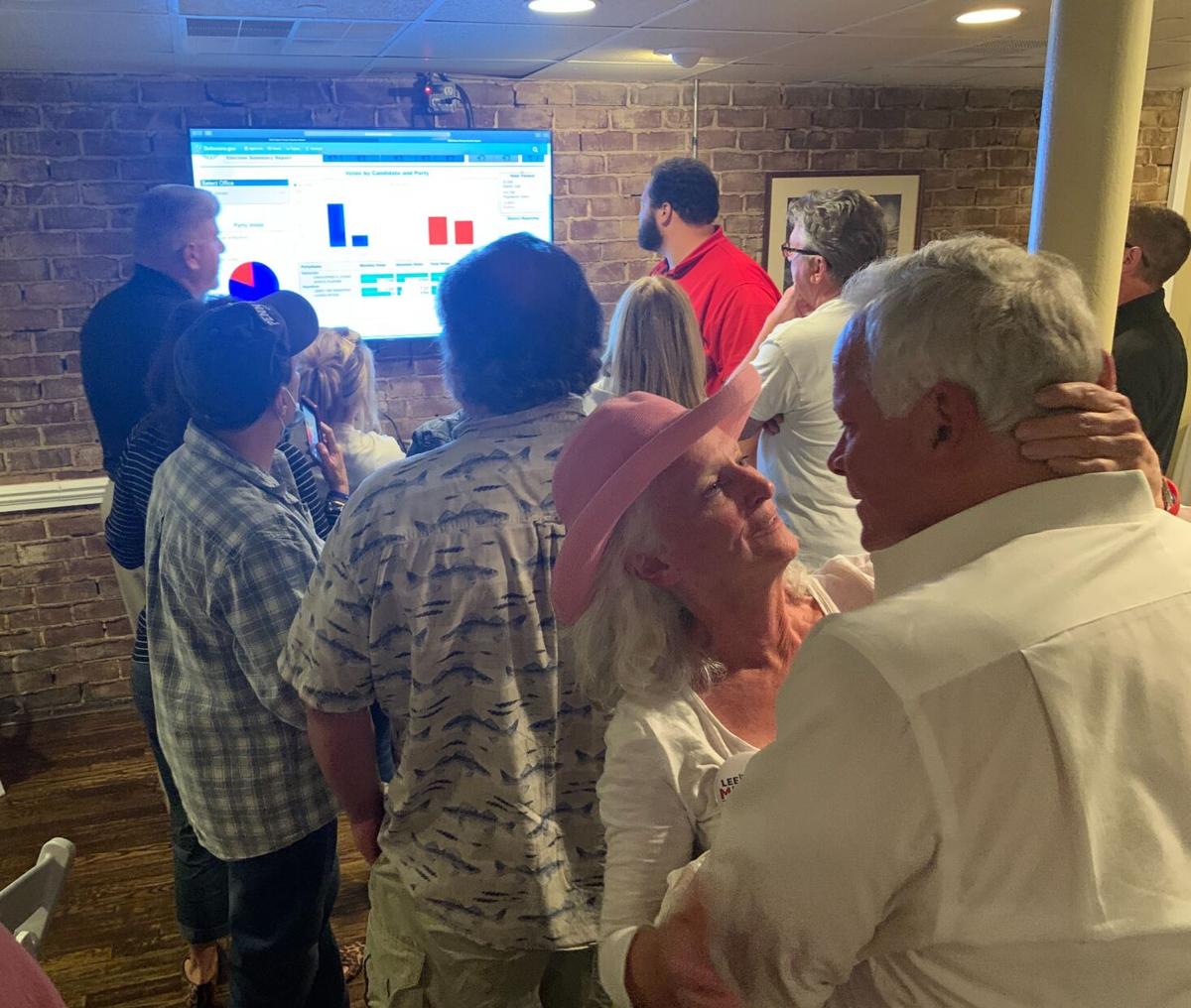 Lee Murphy is embraced by girlfriend and campaign manager Sherry Jarrell as primary results trend positively for his race. 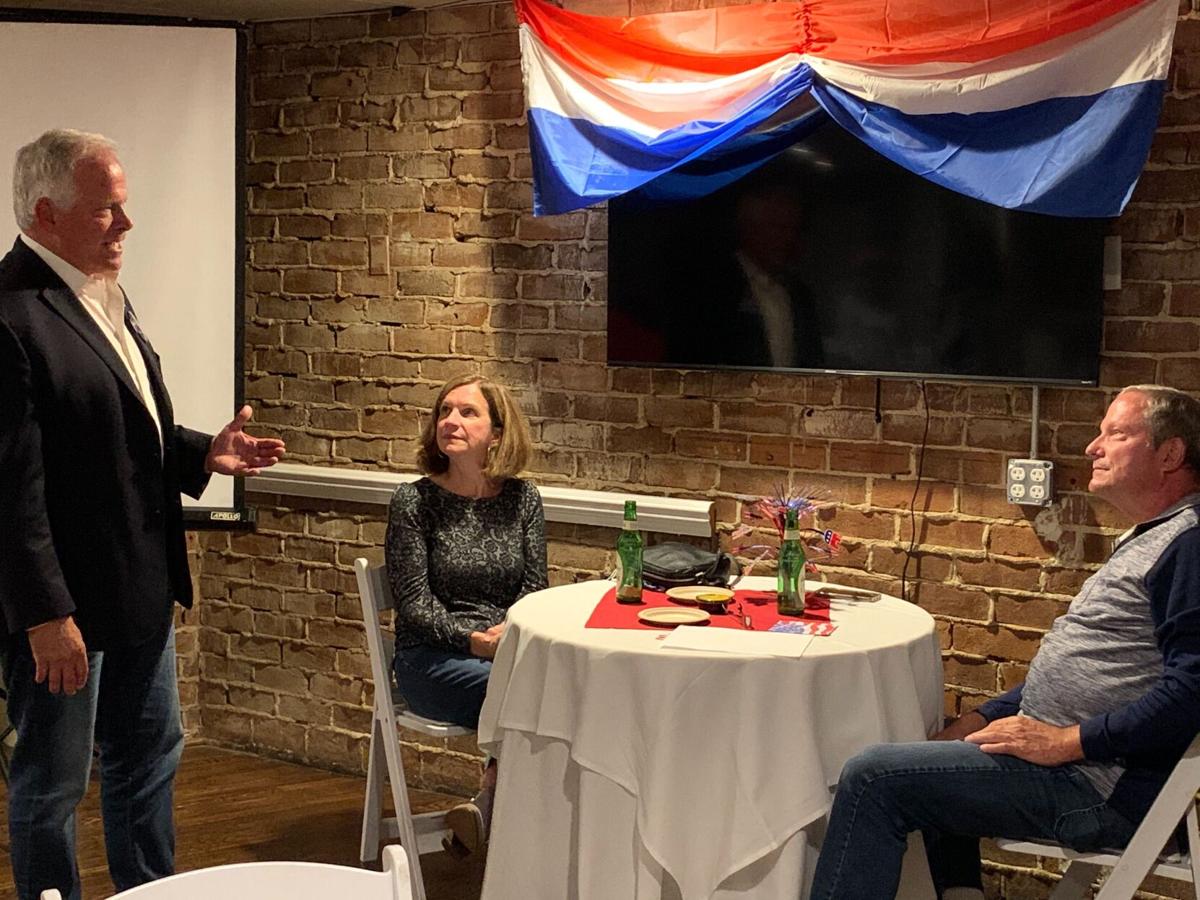 Lee Murphy is embraced by girlfriend and campaign manager Sherry Jarrell as primary results trend positively for his race.

The small room in the back of Trolley Square's Catherine Rooney's erupted Tuesday night, September 15, 2020, as Lee Murphy announced to an intimate gathering of friends and supporters that it looked like he'd won the primary election and will head the GOP ticket as challenger to Democratic Representative Lisa Blunt Rochester for her U.S. House seat.

Murphy, of Bellefonte, declared his win just after 10 p.m., following a premature celebration earlier in the evening due to some hiccups on the Delaware election results page. But by the end of the evening, he was secure in his victory.

"With these exciting results coming in, we have the possibility for the first time in a long time to really have a team of Republicans to take it to the Democrats with a united message and to win seats statewide."

"I just wanted to say thank you to all my supporters," Morris said. "It was a great race. Polling about 30% of the votes in the state of Delaware only spending $6,000 speaks volumes. I just wanted to thank everyone for your love and support during this. And if there's anything, any of us can learn from this experience is the fact that you can be a former drug addict; you can be a convicted felon; but you don't have to be the stigmas that are attached to them, and that's the most beautiful thing that I have done for all of us who deserve a second chance. So get out there and live your life and make your dreams come true, because that's all that really matters. I love each and every one of you. God bless, and God bless America."

Also an actor who previously appeared in Netflix's House of Cards, Murphy now heads into November's general election with a statewide ticket rounded out by U.S. Senate candidate Lauren Witzke and gubernatorial candidate Julieanne Murray to challenge for Democrat-held seats.

His opponent, incumbent Blunt Rochester, was the first African American and first woman to represent Delaware in Congress after winning the seat in 2016 against Hans Reigle, and then maintaining her position in 2018 by defeating then-U.S House candidate and current GOP gubernatorial candidate Scott Walker. Murphy also ran in that 2018 primary, losing to Scott Walker by a vote of 19,572 to 17,359.

He said he didn't want that loss to define him.

"That night, standing there watching those results come in, when we were supposed to win--we worked so hard. We did not win that night. We did not win. We did not win. And let me tell you...that really, really stung," Murphy said. "So when we picked up the pieces and took a good month--or two or three months--to really pick the pieces up and put myself back together emotionally...I wasn't going to let 2018 be the defining moment in my political career. I was not gonna let that happen."

He said losing makes you stronger, gives you a stronger foundation from which to take the next step--an important solidification when taking on the " Democrat radical left," he said. Murphy won the Republican Party endorsement on a platform of bringing jobs back to the First State and combating the opioid epidemic, a particularly personal topic for him. Other platforms include combating illegal immigration and lawlessness.

He'll take time to celebrate tonight, but he said the next 49 days of work have just begun.

"It's going to be tough, but I feel confident we can win this race at this particular time in 2020," Murphy said. "It's going to be right back at it tomorrow. I have a long list of contributors that have, quite frankly, been holding off until after I won the primary--and they will receive a phone call from me tomorrow. So I will be on the phone probably most of the day tomorrow."

One Republican will formally announce his second bid for Delaware's lone U.S. congressional …

While many considered his campaign unorthodox, Scott Walker was able to pull out enough vote…

'House of Cards' actor to run for US Congress in Delaware