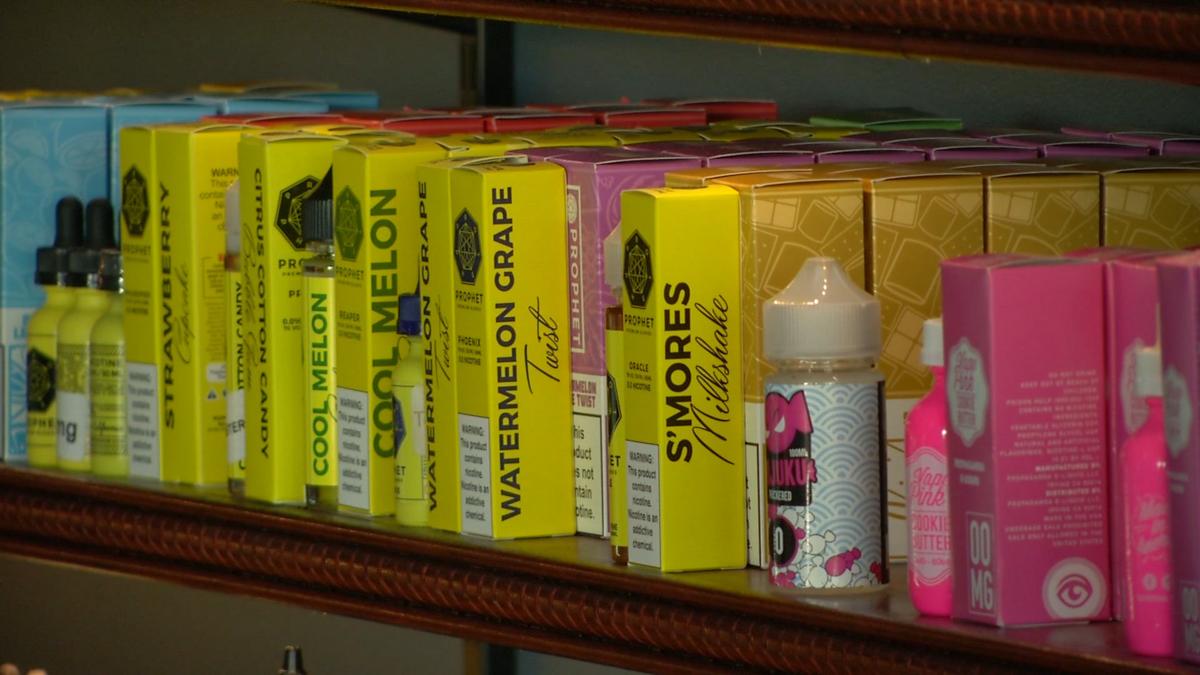 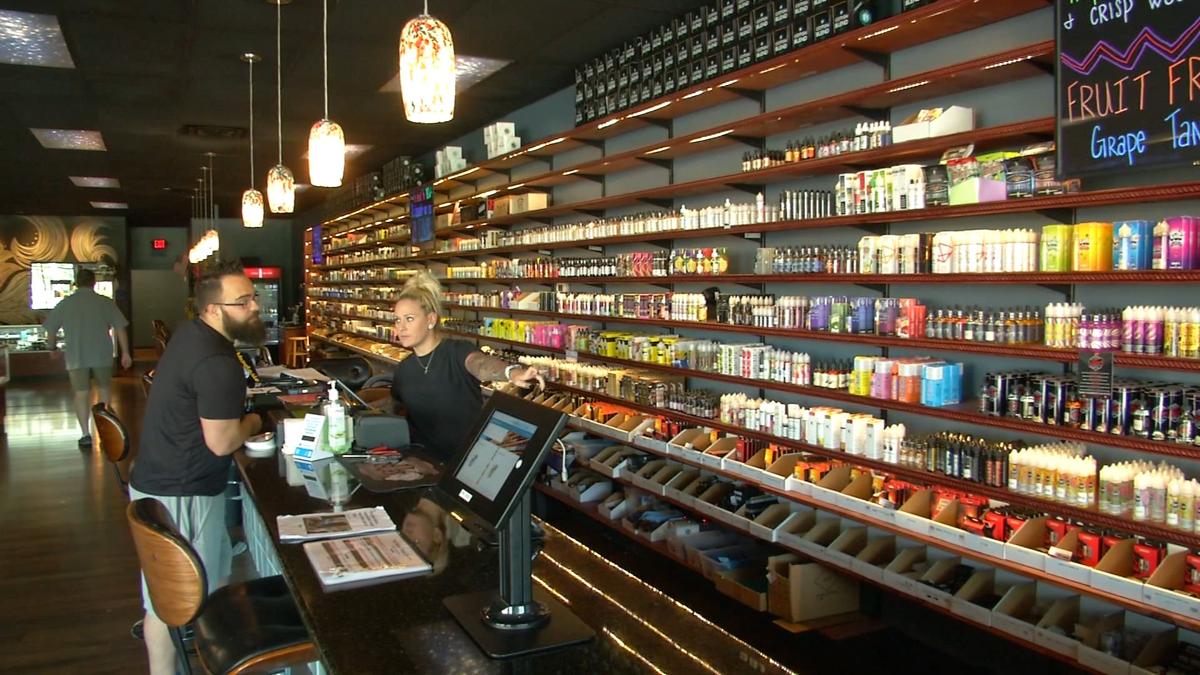 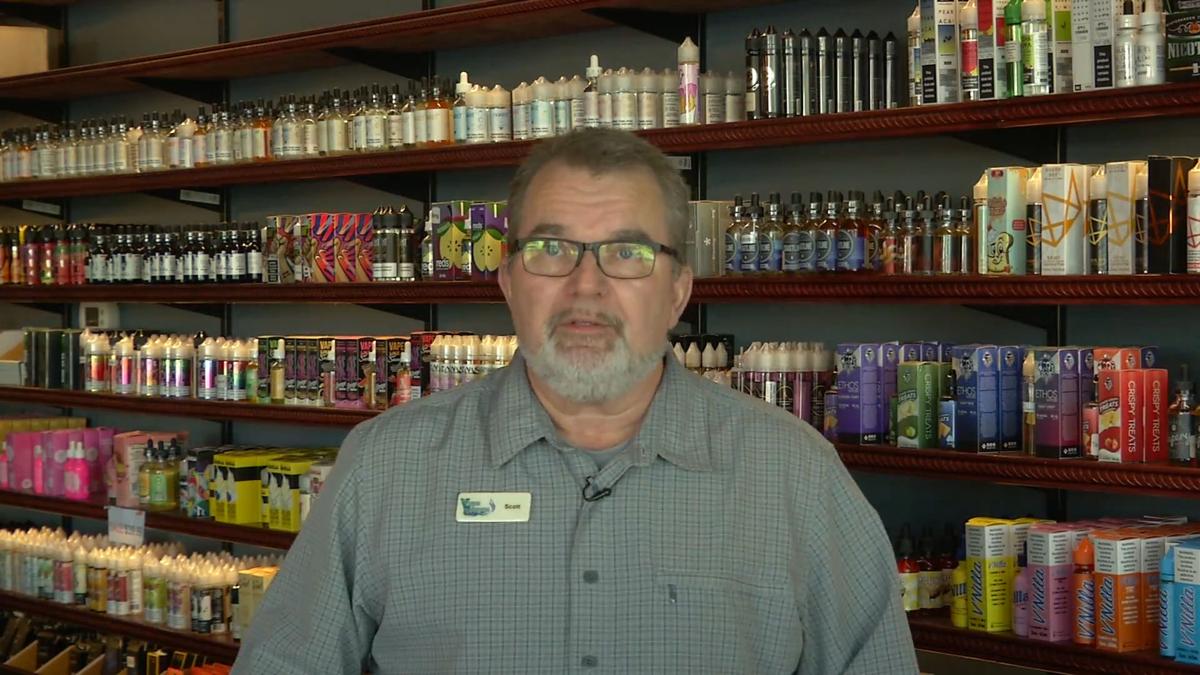 President Donald Trump said Wednesday that the US Food and Drug Administration would be putting out "some very strong recommendations" regarding the use of flavored e-cigarettes in "a couple of weeks."

Health and Human Services Secretary Alex Azar, seated in the Oval Office with the President, first lady Melania Trump and the acting commissioner of the FDA, announced that newly proposed enforcement policy would require flavored e-cigarette companies to take their products off the market.

"It'll take several weeks for us to put out the final guidance that will announce all the parameters around the enforcement policy, and then there will likely be about a 30-day delay to effective date, as is customary," Azar said. But "at that point all flavored e-cigarettes other than tobacco flavor would have to be removed from the market."

By May 20, he said, e-cigarette companies making tobacco-flavored products would have the chance to file for approval by the FDA. At that time, flavored-product manufacturers would also have the opportunity to file, but their products would be off the market until approved.

A sixth person in the United States has died from lung disease related to vaping, Kansas health officials said Tuesday.

The US Centers for Disease Control and Prevention, the FDA and state health departments have been investigating this outbreak. Health officials say they haven't found a definitive cause or a clear connection between cases, but some are zeroing in on potential clues.

As of Friday, there have been more than 450 possible cases of lung illness associated with using e-cigarettes reported to the CDC across 33 states and the US Virgin Islands. At least three possible cases have been identified in Delaware.

A Delaware County teen nearly died from vaping, according to doctors. Delaware lawmakers also planned to seek a ban on e-flavored cigarettes when they reconvene in January. The Clean Indoor Air Act only increased the smoking age, for both cigarettes and e-cigarettes, to 21. Michigan became the first state to ban flavored e-cigarettes

The first lady, whose "Be Best" platform focuses in part on children's health and combating addiction, has also spoken out more than once over her concerns over e-cigarette use by children.

"I am deeply concerned about the growing epidemic of e-cigarette use in our children. We need to do all we can to protect the public from tobacco-related disease and death, and prevent e-cigarettes from becoming an on-ramp to nicotine addiction for a generation of youth," she tweeted earlier this week.

Scott Nizborski, who owns Vape Escape shops in Delaware, said his business is under siege.

"It's not traditional vaping, as we know it, it's the use of cartridges that contain THC, and in this case, they have been illegal or black market cartridges that have been tainted with substances that don't belong in the cartridge," he said.

Nizborski said he and other business owners will have to work harder to educate the public about vaping, and its effectiveness in helping longtime smokers quit.

"Vaping is about harm reduction, I don't think anyone will argue the danger that cigarettes present. Vaping has been around in this country since about 2003. We've now got 16, 17 years of time under our belts, and what we're hearing about now is something that came up very suddenly. It's not the result of any long-term syndrome," he said. "Nicotine is an addictive chemical; nicotine does not cause cancer, it doesn't foul the lungs with tar or any carcinogens, and so I think that a lot of the studies that have been done so far show that vaping, on the whole, is about 95-96 percent less harmful than cigarettes."

The vape shop owner said a ban on flavored e-cigarettes will hurt his business and those who have quit smoking.

"The majority of our customers like the fruit flavors; they get away from cigarettes, they don't want anything else to do with tobacco or the taste of tobacco, and so, 90 percent of our flavors that we offer are fruit flavors, or dessert or candy flavors," he said.

"I am very worried about it...we're productive, tax-paying people, so it'll hurt. It'll hurt myself, it'll hurt the eight families that we support with our business, and I think what it's going to do is it's going to drive vapors to seek alternatives; they're not going to give up vaping because they believe in it very strongly because it's helped them to get away from cigarettes."

He added, over time, people can control the amount of nicotine they're vaping.

"Everyone that's come in here will tell you they feel so much better having quit cigarettes and their lives have improved since they took up vaping, and vaping made it very easy for them to quit cigarettes because it's the nicotine component, the addictive component that made it difficult, but they can still get that nicotine with this product.

You now have to be 21 to buy tobacco products in Delaware. Delaware is the 16th state that h…

The death of a woman in northern New Jersey is being reported as the first death in the state associated with vaping, health officials announc…

Vaping as an alternative to smoking, and the deaths that followed